Following the forced diversion of Ryanair FR4978 on Sunday 23 May, some airlines immediately began re-routing their flights around Belarus. Some regulators also issued their own prohibitions on operations over Belarus. But which airlines flew over Belarus last week believing the airspace to be safe?

In the week from 17-23 May, 3,297 flights entered Belarus airspace. 2,630 of those flights were just transiting Belarus. A total of 148 different commercial airlines overflew Belarus during the week. 55 airlines passed through Belarus at least 10 times in the week and accounted for 79% of the total overflights. Of those 55 airlines, Russian airlines accounted for 42% of the total, and the top airlines—Aeroflot, S7 Airlines, Pobeda, and Nordwind—account for 32% alone.

The chart below shows overflights by airlines with at least 21 overflights during the seven-day period from 17-23 May. It includes most major European and Chinese airlines, as well as the main US and European cargo airlines.

Most of the flights that use Belarus’ airspace are just passing through. Since the downing of MH17 in eastern Ukraine in 2014, airlines have avoided the airspace there, moving many flights that would normally transit Ukraine if on an optimal routing north to Belarus. Most flights transiting Belarus are flying between Western Europe and either Russia or Southeast Asia. 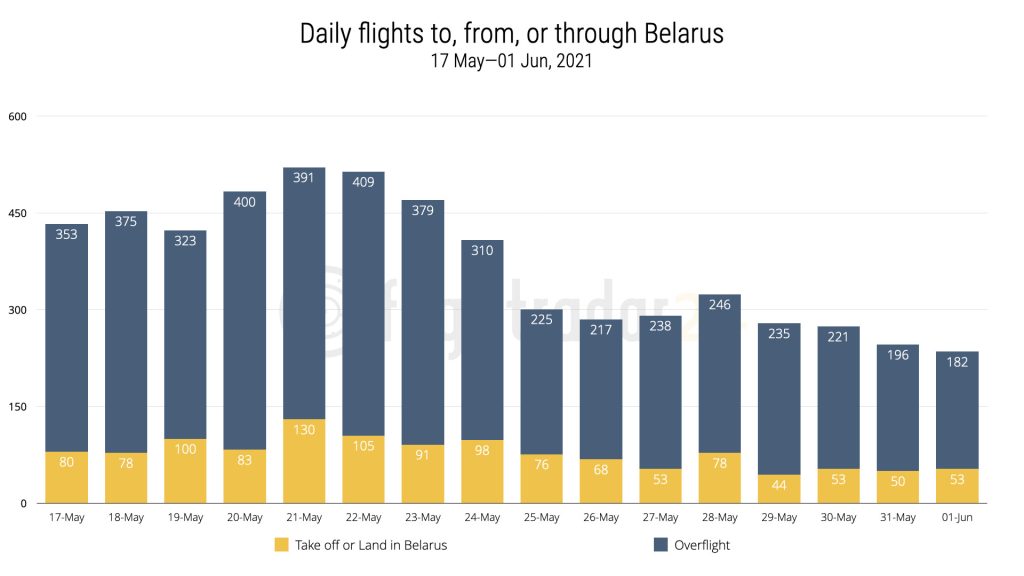 Which airlines are now avoiding Belarus?

Early Monday, 24 May, AirBaltic announced their intention to avoid Belarus and Wizzair followed suit. Later in the day, the United Kingdom announced that UK-based airlines would be prohibited from operating through the country. The European Union is considering action at this time, but no official announcements have been finalized as of 25 May. Some European airlines have announced or put re-routes into place however. KLM, Air France, Lufthansa, Swiss, and Finnair have all re-routed their flights around Belarus’ airspace. As for Asian airlines, Singapore Airlines and Korean Air have rerouted their flights to avoid Belarus, while Chinese airlines continue to use Belarus in transit to European destinations. 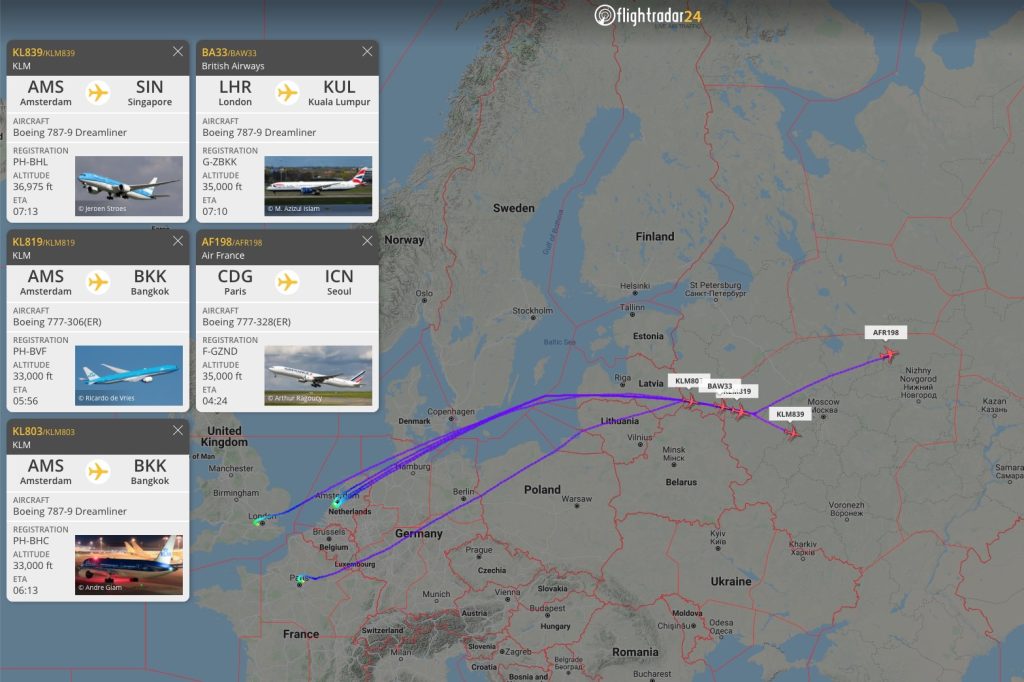 US cargo airlines continue to transit Belarus at this time, but the US Department of Transportation has said it is coordinating with the FAA on any actions that may be prudent. 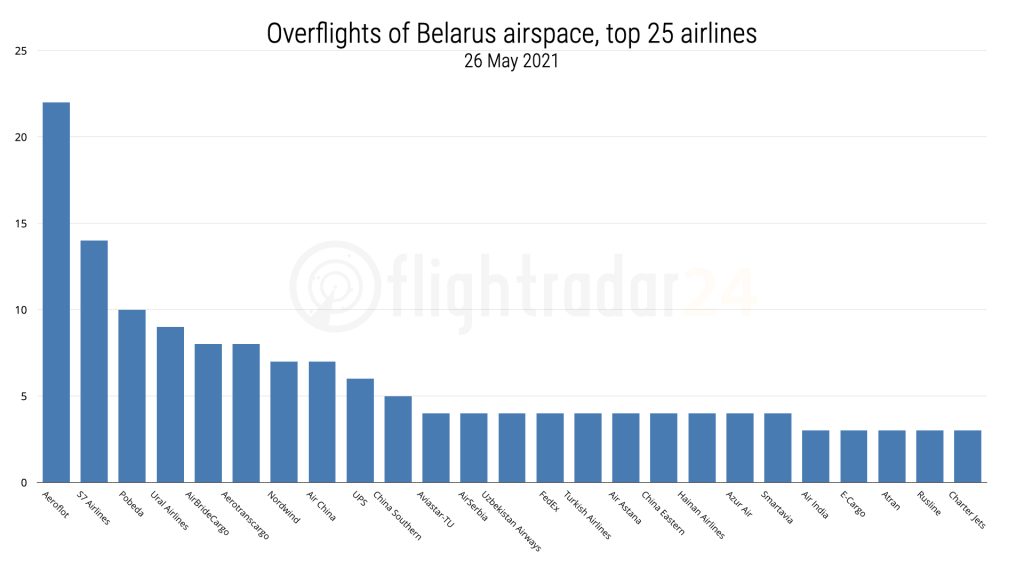