Where can Belarusian airlines fly now?

Belavia Belarusian Airlines ability to serve its route network has significantly diminished this week. As reaction to Belarus’ forcible diversion of a Ryanair flight continues to mount, the airline has lost access to airspace it needs to continue operating to destinations in Western Europe.

Who has prohibited Belarus aircraft?

Where did Belavia fly previously?

Before 23 May, Belavia maintained a robust route network across Europe and Western Asia. Belavia also offers a number of flights to Egyptian resorts, like Sharm El-Sheikh.

On Wednesday 26 May, after France issued its ban on Belarus aircraft in its airspace, Belavia fight 869 from Minsk to Barcelona was already en route, but returned to Minsk. 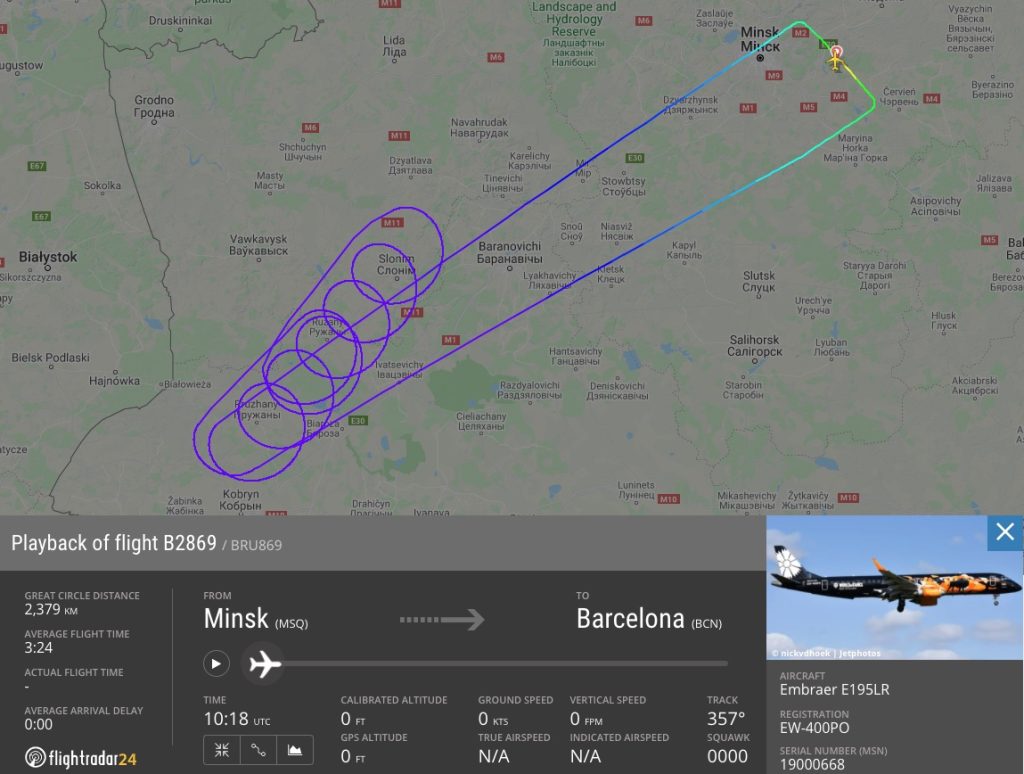 The restrictions have added significant time to Belavia’s flights to Turkey, Egypt, and Tunisia. Without restrictions, this charter flight from Minsk to Enfidha would take about 3.5 hours. With routing through Russia, Turkey, Greece, Italy, and Malta it takes nearly 6.

Active Belavia flights will be displayed on the map below.