Ukrainian flight PS752 shot down shortly after take off from Tehran

Update 17 March 2021 — The Iranian Aircraft Accident investigation Board has released its final report.

The final report builds on the interim factual report as recounted below and provides details on the decision making processes between the Iranian military and civilian air traffic control. 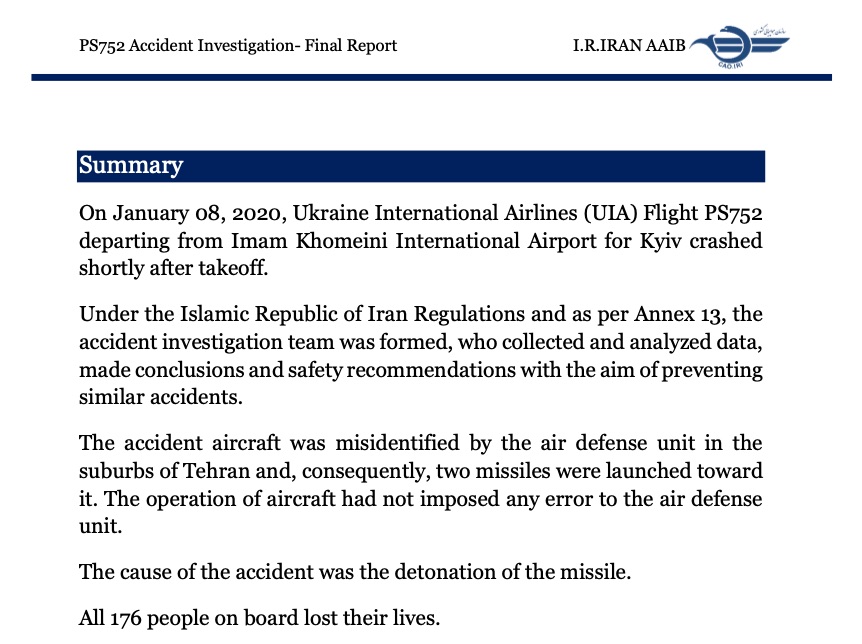 As the Iran AAIB site seems to be having some issues with downloading the report, we have mirrored the report for download here. [English version of the report begins on page 140 of the PDF]

Update 23 July — French investigators with the BEA have completed the technical analysis of the Flight Data Recorder and Cockpit Voice Recorder.

Update 12 July — Iran’s Civil Aviation Organization released a factual report detailing the chain of events that led to the downing of PS 752.


The factual report details the chain of events, beginning with the relocation of a missile battery but no subsequent recalibration, leading to incorrect information about the true location of PS752 being relayed to the operator. The missile battery operator attempted to contact the Coordination Center, but was unable to relay specifications of perceived target. The battery operator at this point incorrectly classified PS752 as a threat.

This factual report is not a final report and the investigation is ongoing.

Update 11 January — Iran’s military announced that it ‘unintentionally’ shot down Ukraine International Airlines flight 752 as a result of human error.


Through the Islamic Republic News Agency the Armed Forces General Staff issued a statement saying PS752 was shot down by the Iranian military as a result of human error. You may read the full statement here.

Update 9 January — The Iranian Civil Aviation Organization has released an initial report on the crash. According to the report the aircraft climbed to 8000 feet and turned right back toward the airport and crashed at 06:18 local time (02:48 UTC)—four minutes after the last ADS-B signal was received by the Flightradar24 network.

The report also states, ‘The rescue and search operation team found the Aircraft black boxes, including the Flight Data Recorder (FDR) and Cockpit Voice Recorder (CVR), and is currently held by the investigation team of Iran AAIB. Both devices have been damaged as a result of the accident and catching fire. The memory parts of both recorders are in good conditions, though the physical damage to their main components is noticeable.’

You can read the full preliminary report (translated to English) here.

PS752 was operated by a Boeing 737-800 (not MAX) registered UR-PSR. The aircraft was delivered new to Ukrainian Airlines in 2016. It is powered by two CFM56 engines. 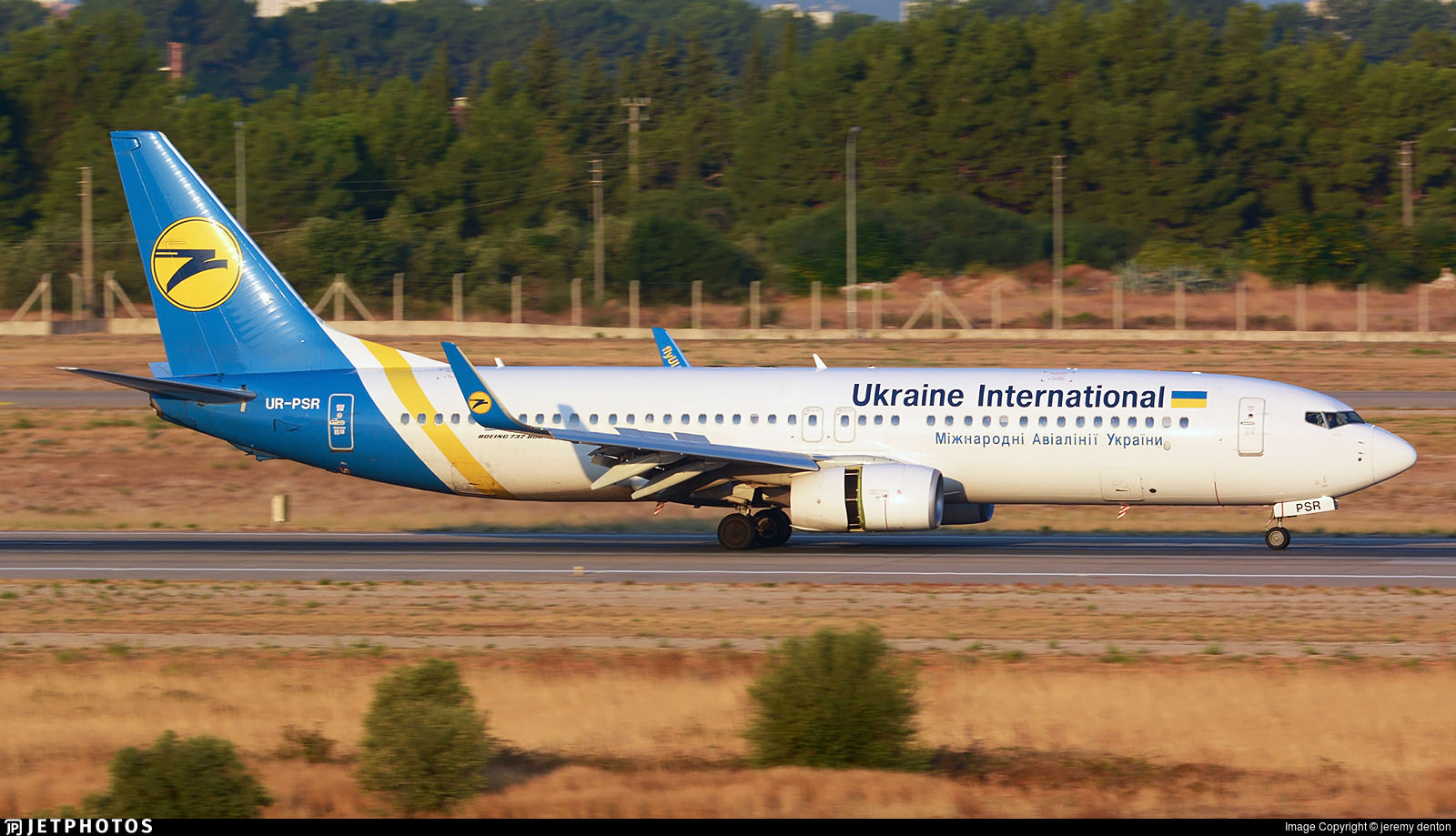 The METAR current at the time of departure indicated winds of 6 knots, good visibility, and a temperature of -1℃. The METARs before and after report similar conditions.

The follow flights departed on the morning of 8 January from IKA Airport in Tehran. Tehran time is +3:30 UTC.

The following images show the horizontal and vertical position of PS752 departures from November 2019 through 8 January 2020, displaying a total of 45 flights.