A Transair 737 operated by Rhoades Aviation made an emergency landing in the water near Honolulu after reportedly suffering engine trouble. Initial information from the FAA indicates both crew members of the cargo jet were rescued by the US Coast Guard. 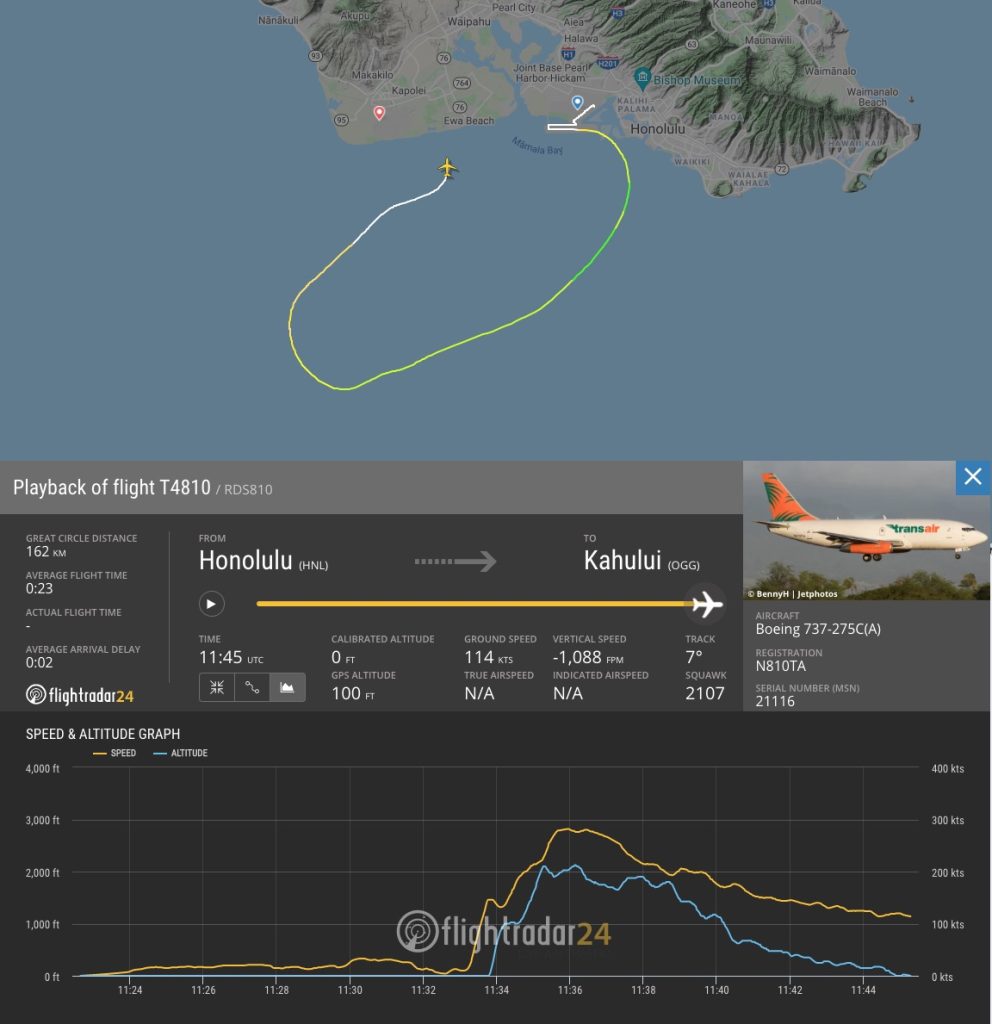 The Boeing 737-275C(A) registered N810TA was operated for Transair by Rhoades Aviation. The aircraft was first delivered to Pacific Western Airlines in 1975. It has flown for Transair since 2014. 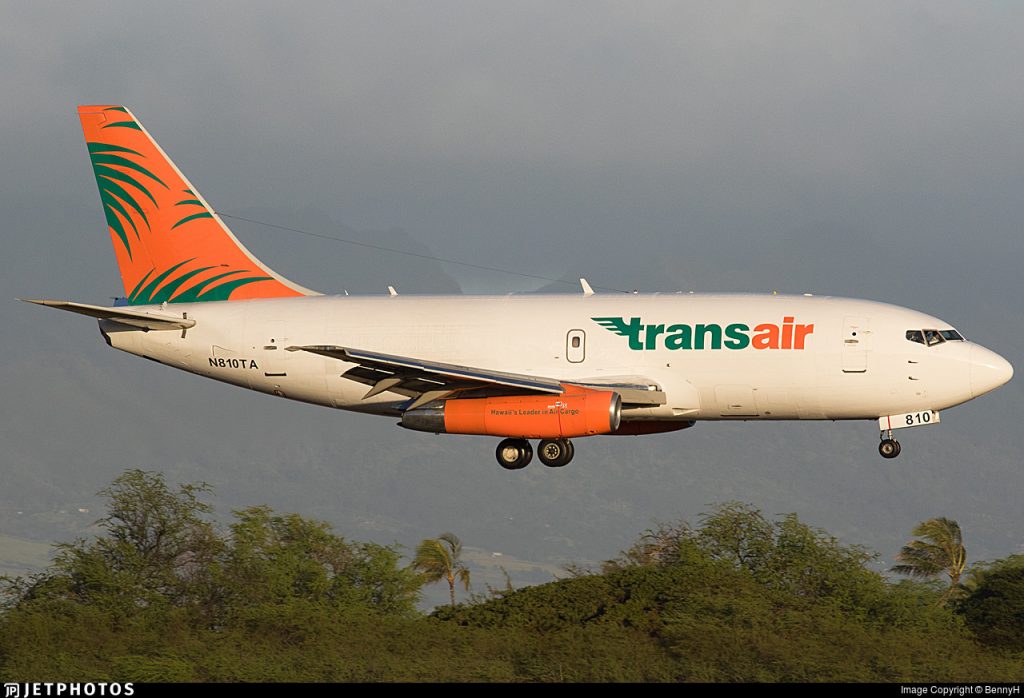 The NTSB has located the aircraft on the ocean floor approximately 2 miles from Ewa Beach. The fuselage split into 2 sections, breaking just forward of the wings. The process of recovering the aircraft or just the flight data recorders is now underway. 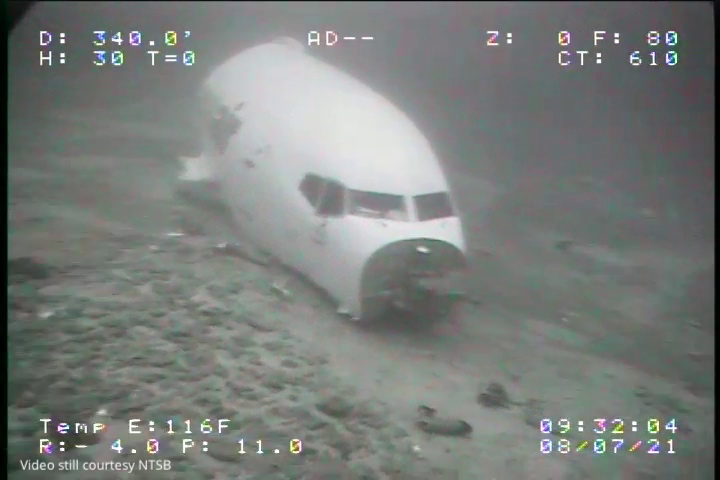 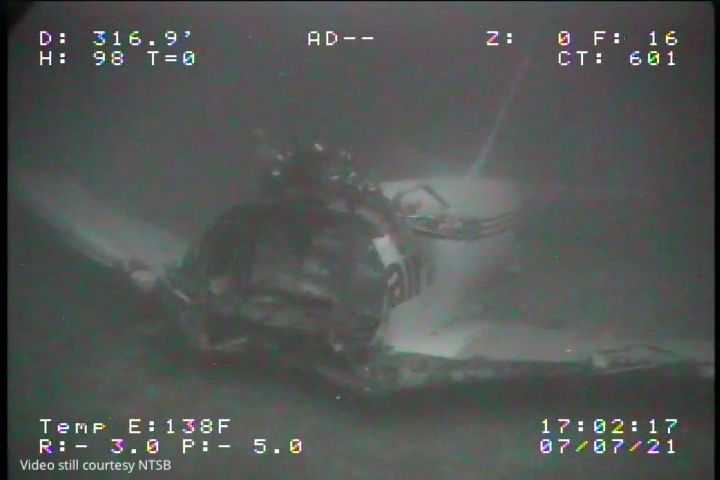 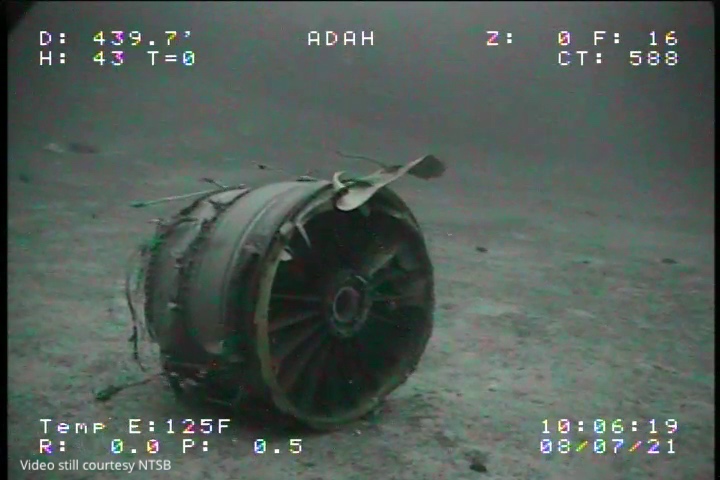 <
►
>
Engine inlet case from Transair 810 resting on the ocean floor.