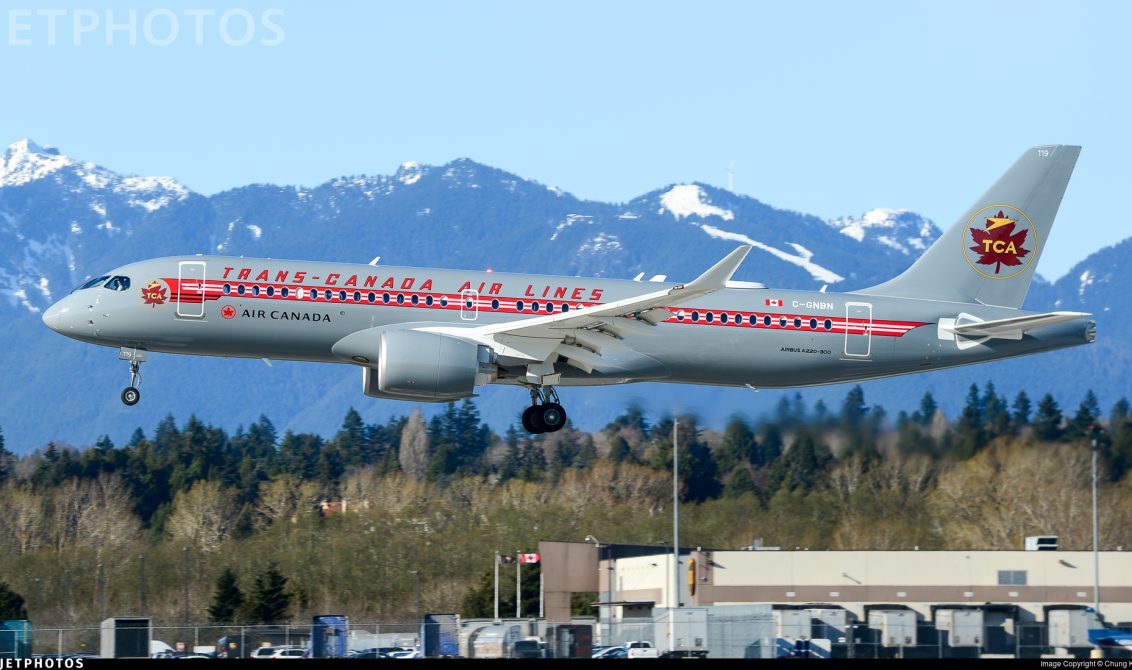 Special liveries are a beautiful thing – if, of course, you’re someone who cares what airplanes look like. And if you’re reading this, I’ll assume you are.

It’s always fun to see what an airline comes up with when it decides to do up a plane in a unique color scheme. Often these are retro liveries – bringing a color scheme from a previous decade back to life. Sometimes it means painting a few planes in the liveries of now-defunct airlines that were acquired over the years. All tend to look great. But once in a while, a retro livery comes along that just looks so good you wonder why the airline doesn’t just paint all its planes in the colors.

Clearly in that category is the Air Canada A220 C-GNBN, which is painted in an old Trans Canada Airlines scheme. That’s what Air Canada was before it became Air Canada, way back in the day. It’s one of the best-looking planes out there if you ask me. The colors are fantastic, and especially so on the A220. Luckily many seem to agree, and they’ve been busy photographing the plane. Here are a selection of highlights from over at Jetphotos.com.

So where has C-GNBN been? Well, it’s been in Canada. But that’s a big country. Flightradar24 data shows us that it’s been making the rounds, to just about every major Canadian city plus some smaller ones too. I’m not sure whether that’s because Air Canada wants to give it a grand tour and show it off, or whether that’s just what it does with its A220s, but anyway, go to any given major Canadian airport and it seems you’ll spot this plane eventually.

Its most recent leg was AC611 from Halifax (YHZ) to Toronto (YYZ). 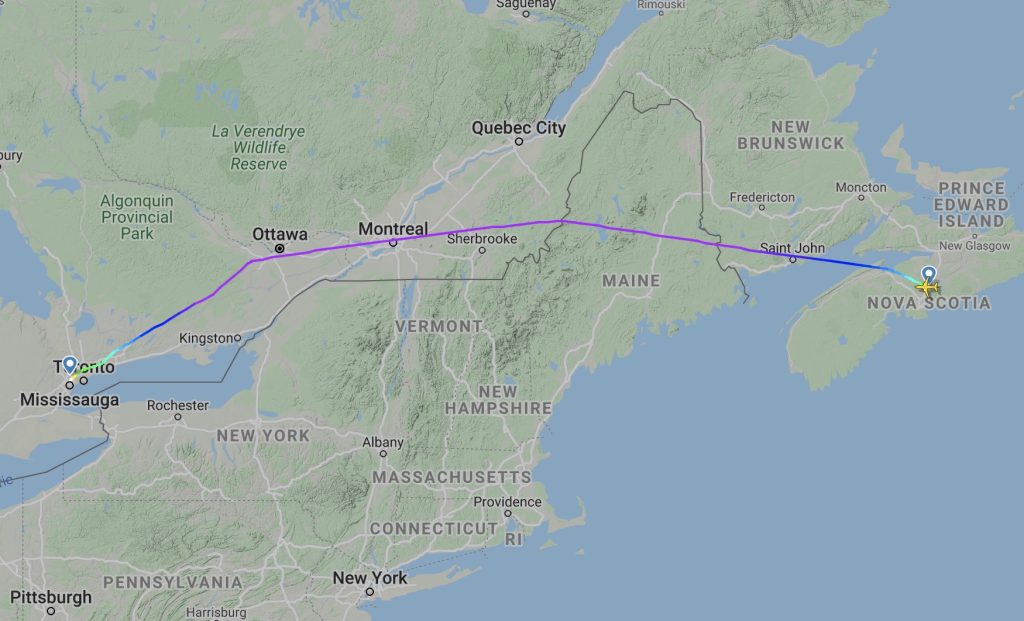 It’s even been out to St. John’s, Newfoundland, most recently flying AC678.

You can see all its past flights, and check where it’s headed next, at the page for C-GNBN on Flightradar24.

So let’s see it in action

Well to start off with, here’s a rather cool video of the plane being painted.

And if you haven’t had enough of C-GNBN by this point, here’s a video of it landing after its first flight with passengers.