March witnessed a historic drop in air traffic as COVID-19 travel restrictions expanded and demand for air travel evaporated. The total number of flights tracked by Flightradar24 in March 2020 was 4,294,685, down 21.6% from 2019. Commercial flights tracked in March were 27.7% lower than 2019. But monthly figures don’t capture the full picture. 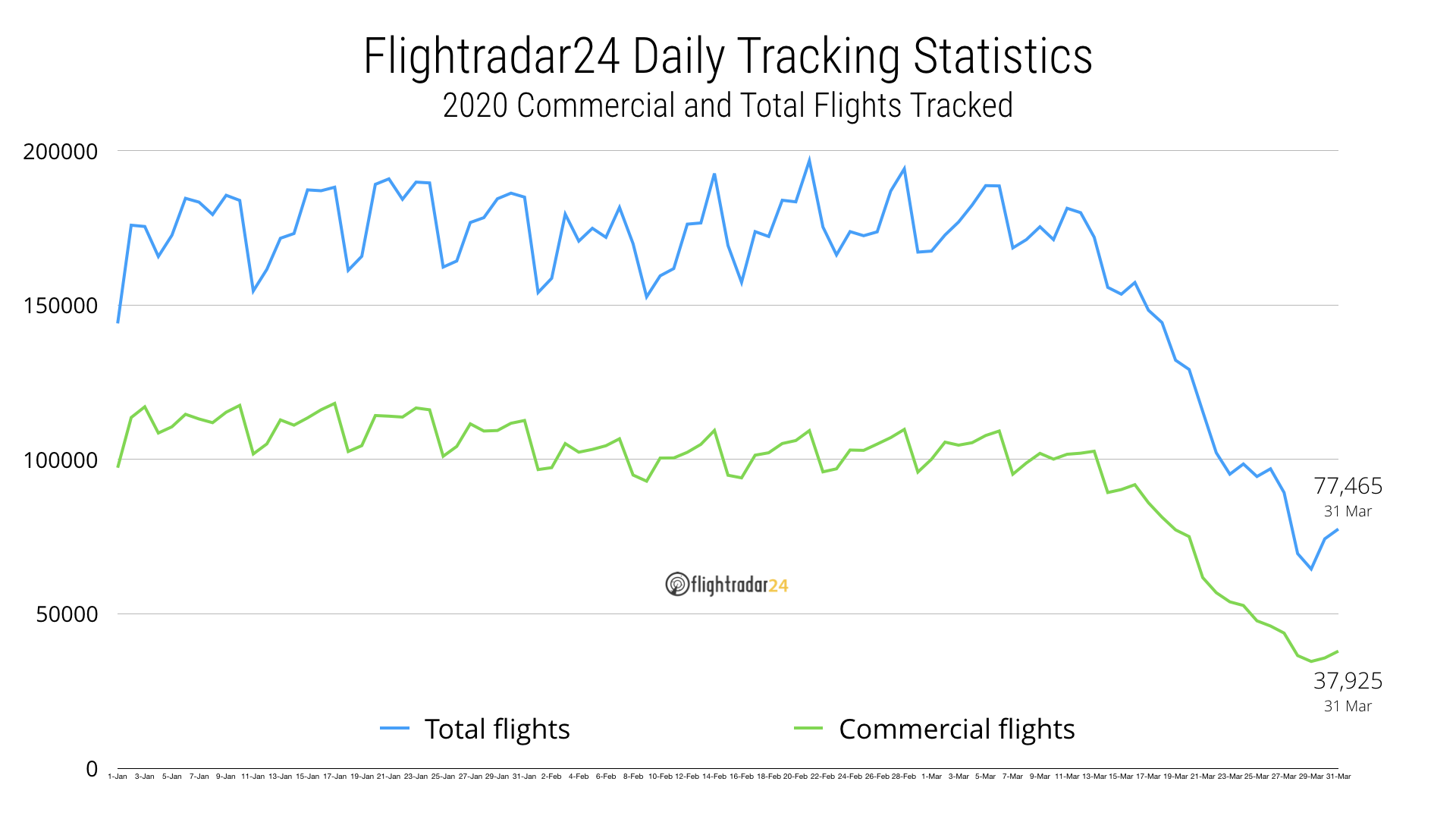 The impact of COVID-19 on air traffic took hold in the third week of January when traffic in China experienced a nearly 75% decline. After falling more than 80% by mid-February, in the final week of February into the first week in March, traffic in China recovered to 40% of normal.

European declines began in Italy in the fourth week of February, but were limited until the second week in March when global air traffic began to grind to a halt. In the first week of March, total global traffic was still up 4.5% compared to 2019. In the final week of March, total flights tracked by Flightradar24 were 55.7% fewer than 2019. 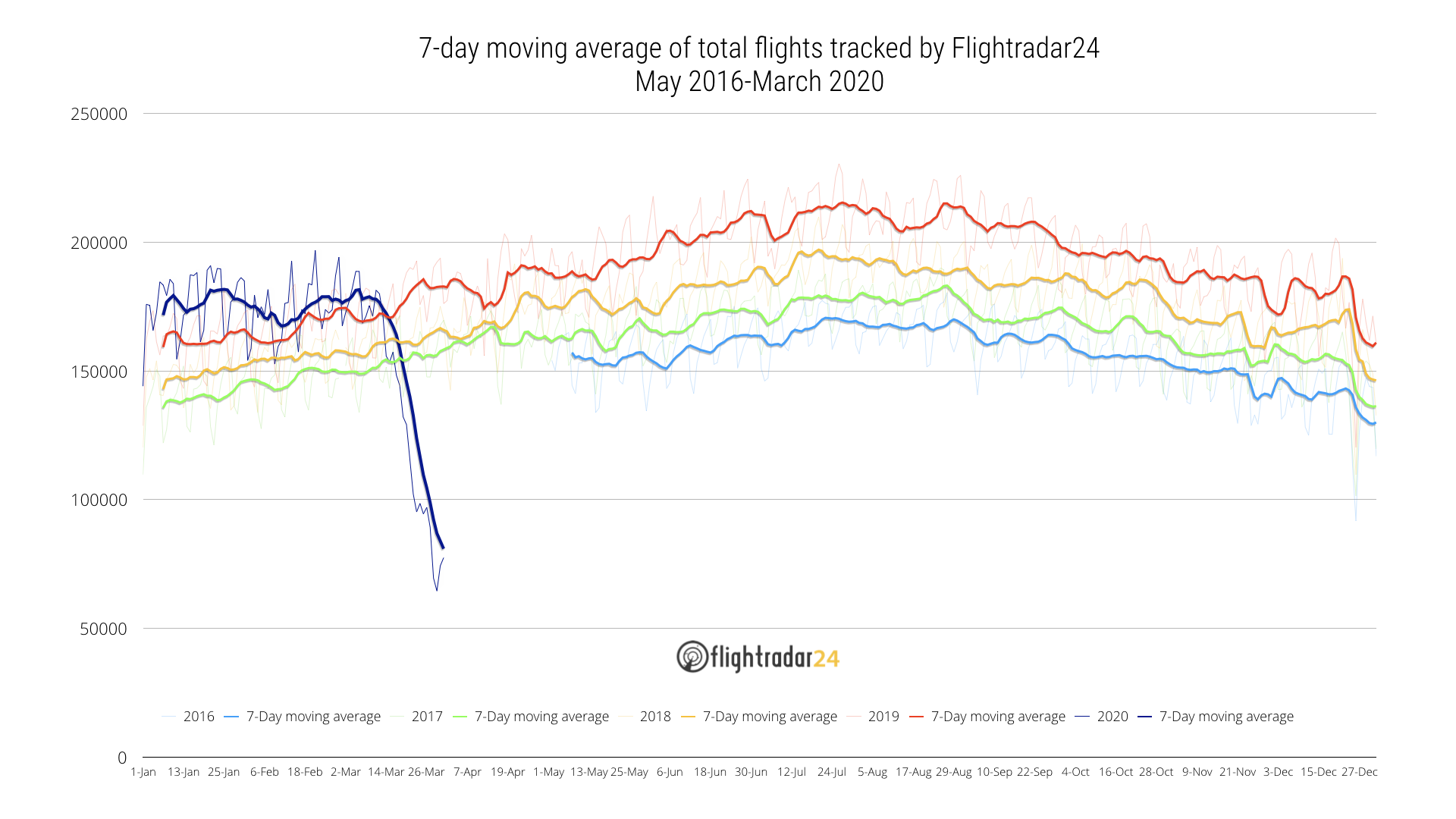 Commercial flights down 27.7% in March 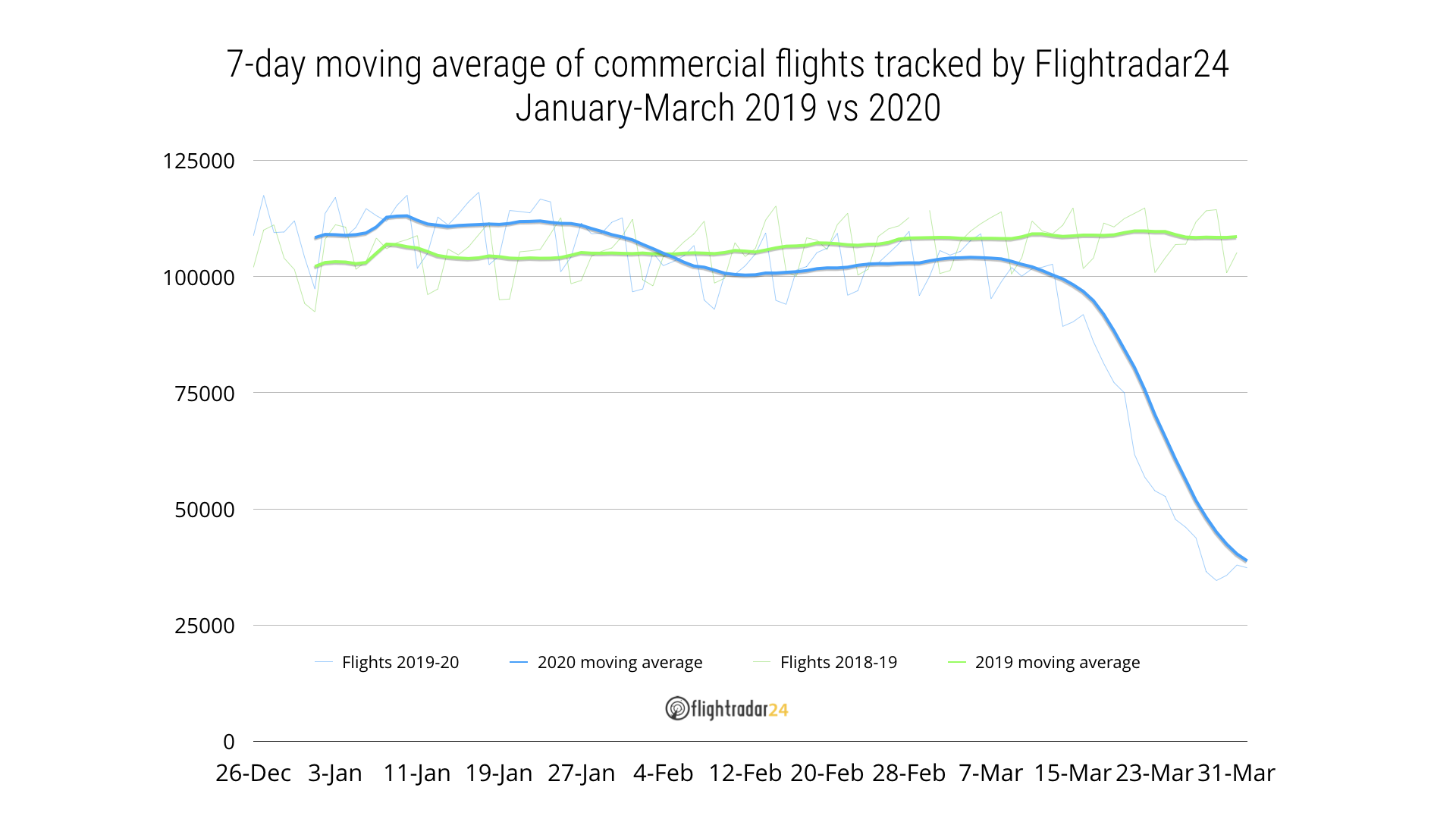