Tracking Airborne Science Around the World

When scientists want to study the upper atmosphere, look deep into space, or free themselves from the effects of gravity, they don’t necessarily need to go to space to do so. NASA, the European Space Agency (ESA), and commercial operators have multiple scientific programs based on airborne platforms that operate anywhere from 500 feet to 60,000 feet off the ground. We’re able to track many of these flights as research is conducted in real time.

The United States National Aeronautics and Space Administration (NASA) operates many of the airborne scientific platforms we track. NASA has a detailed overview of all of their airborne science programs available on their program website. We’ll focus on just a few of NASA’s programs in this post. 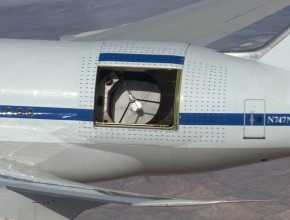 SOFIA is a joint project between NASA and the German Aerospace Center (DLR) built on a heavily-modified Boeing 747SP airframe that carries a 2.5 meter telescope. SOFIA’s telescope is used to observe the universe on infrared wavelengths. SOFIA is currently flying out of Christchurch, New Zealand on a regular basis and can be tracked either via callsign NASA747 or registration N747NA. 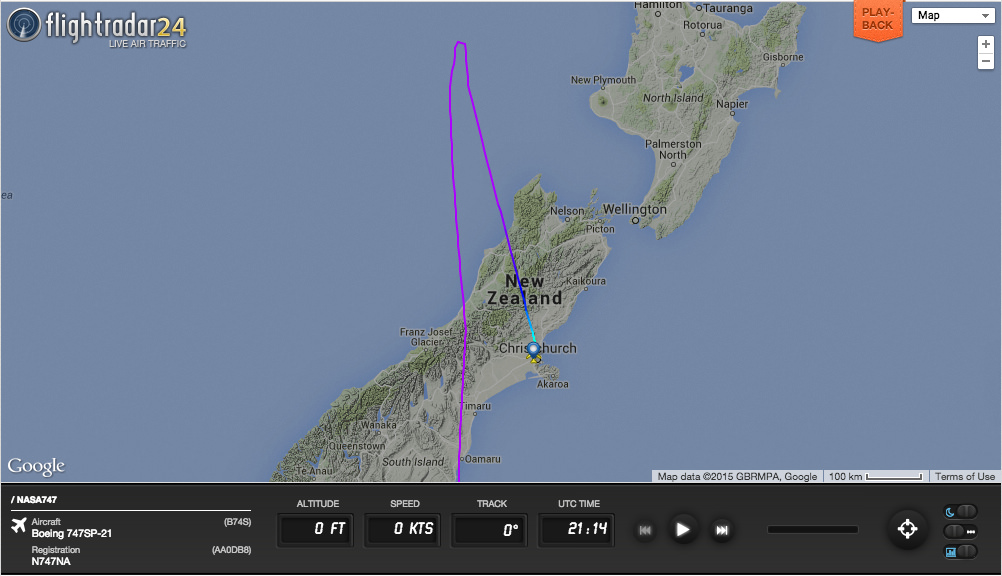 NASA also operates two ER-2 aircraft based on the Lockheed U-2. These earth reconnaissance aircraft perform high-altitude research and aerial imaging, often operating at 60,000 feet, well above commercial aircraft. Both of NASA’s ER-2 aircraft are currently undergoing mission preparation and will begin their next round of flights on 13 July. The ER-2s may be tracked by callsign filter NASA806 or NASA809. 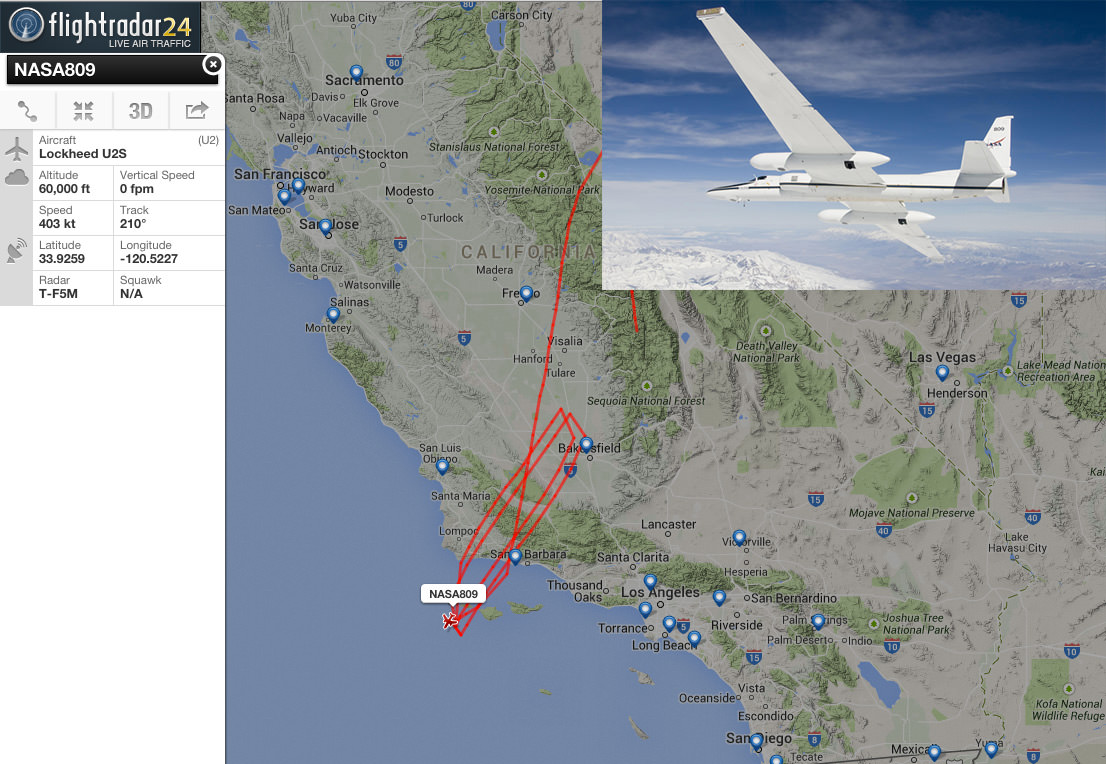 NASA is also one of the few remaining operators of the DC-8. According to NASA the DC-8 is used for four different types of missions, “sensor development, satellite sensor verification, space vehicle launch or re-entry telemetry data retrieval and optical tracking, and basic research studies of Earth’s surface and atmosphere.” Currently, the DC-8 is based in the middle of the United States to study night-time thunderstorms. To track NASA’s DC-8, set a registration filter for N817NA. 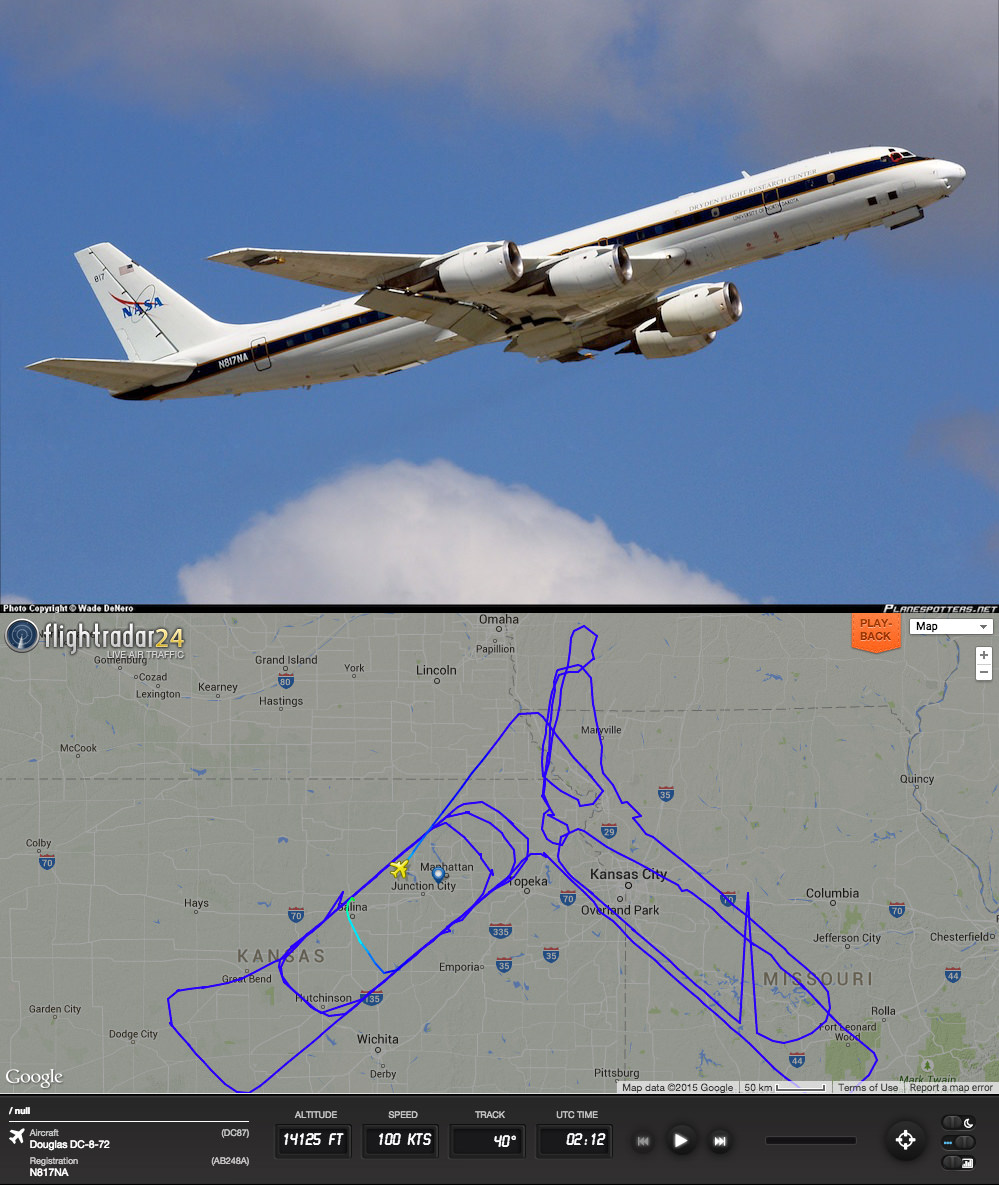 One of the most interesting projects NASA is currently working on—at least as far as aircraft tracking is concerned—is the Unmanned Aircraft Systems in the National Airspace System (UAS-NAS) project. NASA, in partnership with GA-ASI and Honeywell, are testing technologies and developing standards for the safe incorporation of unmanned aerial vehicles into commercial airspace. For this program, NASA is using its Ikhana UAV, which is a modified Predator B, fitted with a sense-and-avoid system as well as TCAS II. A manned aircraft—in this case a Beech C90—is flown into the flight path of the Ikhana and the Ikhana either issues an alert to the other aircraft or changes its own course to avoid a collision. 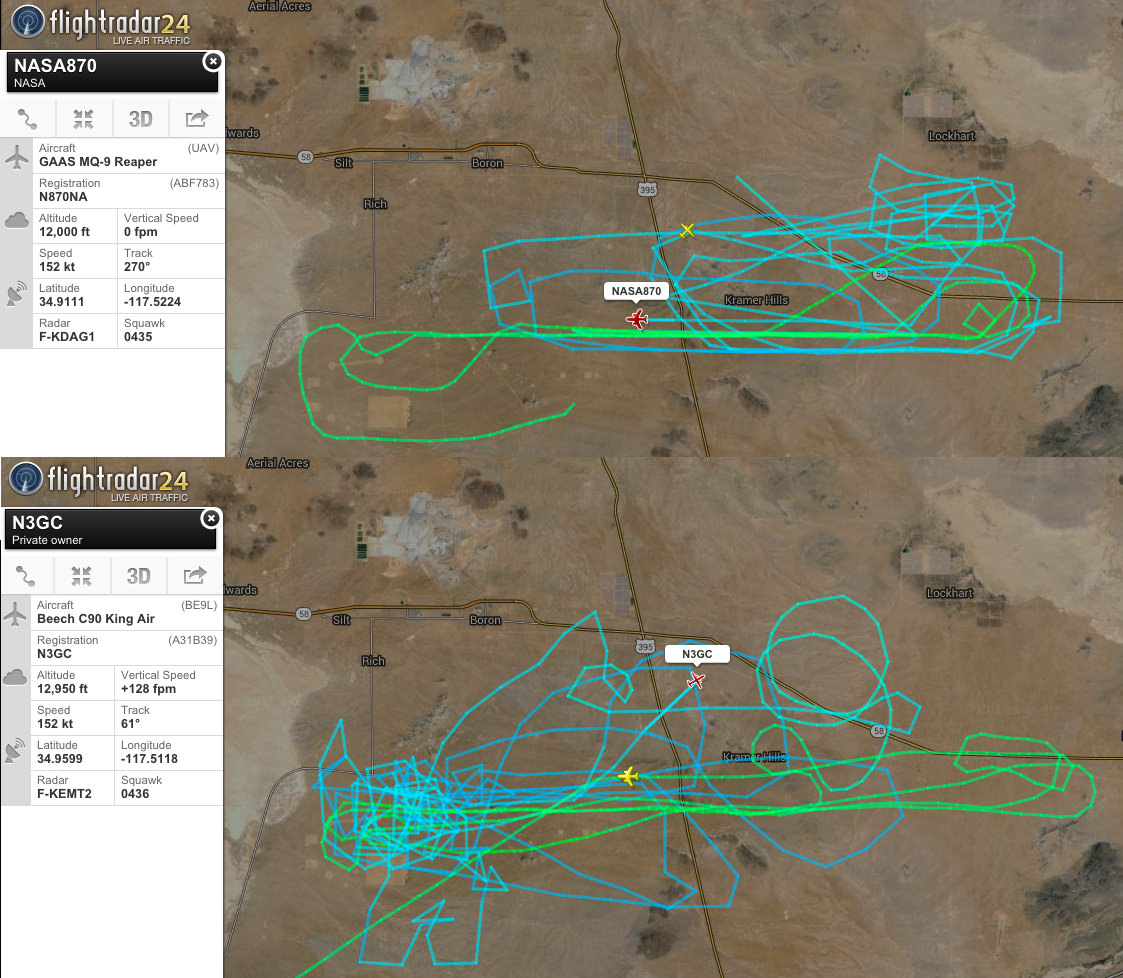 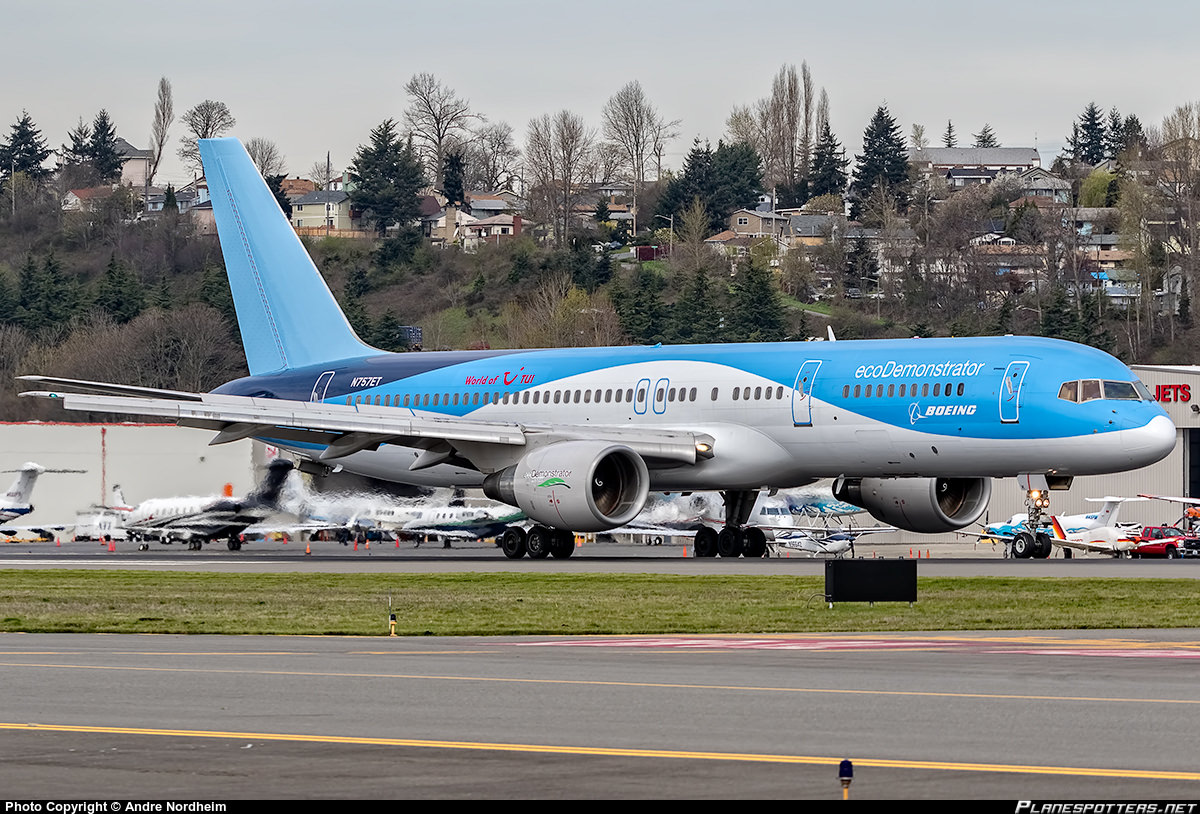 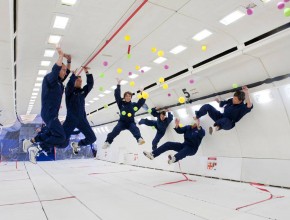 ESA has begun flights in a modified Airbus A310 that simulate weightlessness through the use of parabolic flight. During a single flight, the aircraft performs about 31 parabolic maneuvers, pitching up at approximately 50 degrees then pitching down providing those on board with a feeling of weightlessness. These flights are used to train astronauts and validate instruments destined for space as well as conduct a variety of experiments that take advantage of the simulated low gravity. Novespace, the operator of the flights, is now also offering Zero G flights to the public. You can track Zero-G flights by setting a registration filter for F-WNOV. 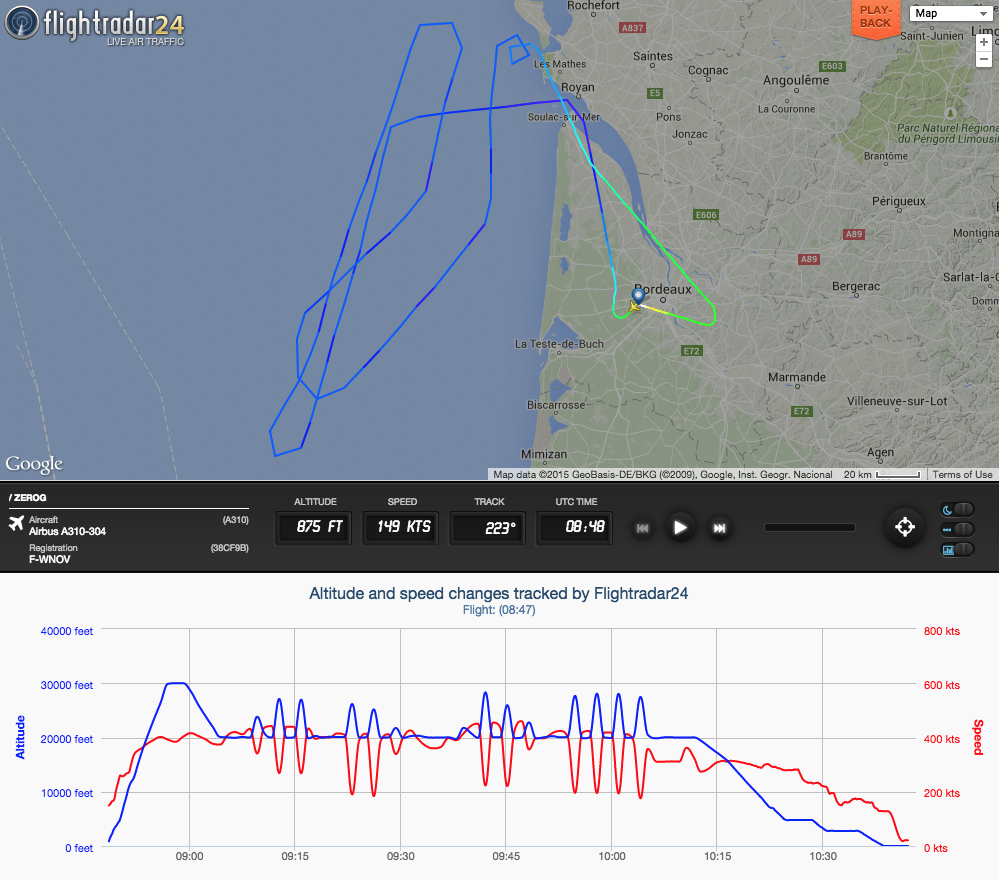 André Borschberg and Bertrand Piccard are currently attempting the first round the world flight in a solar-powered aircraft. Developed over 12 years, Solar Impulse has a 72 meter wingspan that includes over 17,000 solar cells. Solar Impulse’s goal is to demonstrate the importance renewable energy and move toward the goal of sustainability. Solar Impulse’s journey is approximately 50 percent complete. They will next fly across the eastern Pacific Ocean. André Borschberg broke the record for solo endurance flight on his flight from Japan to Hawaii. To track Solar Impulse throughout its journey—including over the ocean—set a callsign filter for SOLAR2 or a registration filter for HB-SIB.