The future is bright for the DC-3

The DC-3 holds a special place in aviation history and that’s in no small part due to the fact that many DC-3s are still flying today. The DC-3 was first introduced in 1936. Since then many outstanding aircraft models have come and gone – but the DC-3 marches on, some with 70 or 80 years under their belt. While only 607 were built for civilian service (in their time they were offered revolutionary range and reliability for passenger flights), over 10,000 military variants were built, plus an additional 5,424 under license in the Soviet Union and Japan.

In fact World War II proved pivotal for the DC-3, which proved a reliable and rugged tool in harsh conditions. So many spare parts were manufactured during that time that there’s still a big global stockpile – making it easier to keep the remaining DC-3s flying.

How many DC-3s are still flying?

Granted, there are many fewer flying now, and that number is dropping ever so slightly by the year (they do occasionally go down, or get quietly retired as a museum piece). Flightradar24 doesn’t pick up every DC-3 flight as many still flying are not equipped with ADS-B and MLAT tracking is difficult in remote areas. For instance the DC-3 remains a workhorse for small cargo and passenger airlines in remote sections of Colombia – and those don’t often show up. However our data shows 184 DC-3 airplanes as recently active, a number that represents most of those still flying. A number of these perform aerial displays or flights for enthusiasts, but there are plenty that run missions like cargo runs in Canada’s remote north.

Among those DC-3s the vast majority are registered in the US, which has 136. Canada is second with 38, and then it’s Australia with 6, the UK with 5, and Holland with 2. Sweden, Finland, Denmark, Switzerland, Hungary, New Zealand and South Africa each have one. 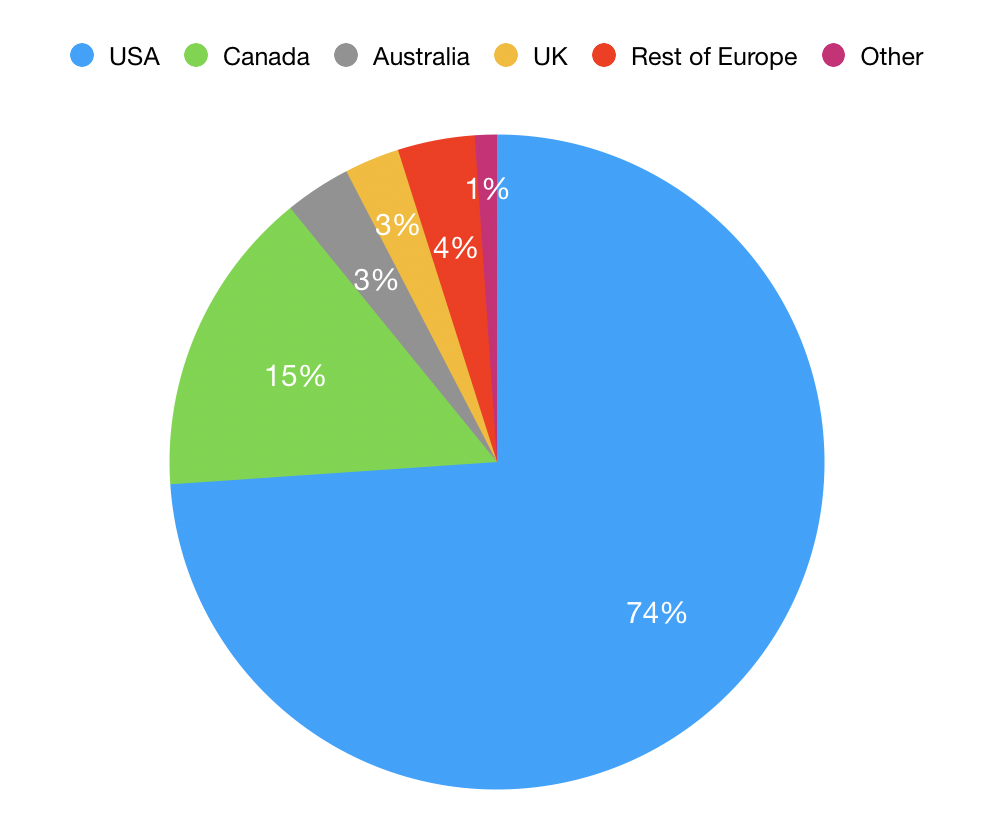 The DC-3 (and its military variant the C-47) is widely loved, not only for its classic good looks but because it is just so reliable. And one company is working to ensure that the airframe can keep gracing the skies for many years to come. Basler Turbo in Oshkosh, Wisconsin offers a comprehensive conversion process for classic DC-3s that sees the plane converted into a BT-67. For the DC-3, it represents a rebirth.

The BT-67 features all new Pratt & Whitney PT6A-67R engines, but that’s not nearly all. In fact, when a BT-67 rolls out of the hangar after completing the process, it is considered more or less a brand new airplane. It still looks like the classic DC-3, but it’s been refitted throughout – with new fuel, hydraulic, electrical, communications and avionic systems, structural improvements, improved noise reduction, improved payload and cruise speed and more. They even stretch the fuselage by 40 inches. Theirs is a “remanufacturing process,” the company says, requiring around 6 months and 35,000 to 45,000 man hours to complete.

Basler Turbo has completed 67 conversions to the BT-67 so far. The company says there are likely around 500 further DC-3 airframes in existence that are good candidates for a refit.

“The DC-3 has proven to be one of the most versatile airframes ever produced,” says Joseph Varkoly, President of Basler Turbo. “Other distinct advantages of the aircraft that have led to its continued service include its ability to take off and land on short and unimproved runways, its relatively low operating and maintenance costs, and the fact that the cabin is not pressurized, which has resulted in less metal fatigue over the years versus a pressurized aircraft.”

A few options for flying on a DC-3

In the US: the National Warplane Museum. Their beautiful C-47 does tours to various cities and offers short flights for passengers in the summer and fall. You can even buy gift certificates for a ride on one.

In Sweden: Flygande Veteraner runs the country’s sole DC-3, named Daisy. The aircraft recently suffered some damage but they say repairs are nearly complete and flights may take place in October.

In Colombia: take a ride on a vintage Aerolineas Llaneras DC-3 via tour operator The Colombian Way.

If you’re still in need of a DC-3 fix and you’re stuck at home, we’ll leave you with a video about Basler Turbo from 2013 that’s filled with great DC-3 footage from over the years (and gives a fascinating insight into their conversion process).