The Evolution of Flightradar24 Coverage

In 2009, three years after we installed the first ADS-B receiver on a roof in Stockholm, Sweden, we launched Flightradar24.com and opened the Flightradar24 network, making it possible for anyone with an ADS-B receiver to share data. We quickly added coverage all over Europe and began to expand outward. In late 2010, we published our first global coverage snapshot.

Our coverage growth would not be possible without our committed receiver hosts and those sharing ADS-B data with our network. Thank you all! To put that growth into perspective, on 1 May 2011 at 12:00 UTC we tracked 1554 flights. Today at the same time we were tracking more than 15,000.

By December 2010, we had coverage over much of Europe and in pockets in the Middle East, Brazil, and the United States.

By mid-2011 we added coverage in Australia, New Zealand, Sri Lanka, Malaysia, and China and expanded our European coverage.

Over the next year, through July 2012, we expanded our coverage area to Japan, southwestern Russia, Chile, western Australia, South Africa, India, Kazakhstan and increased our coverage elsewhere.

By February 2013, we had multiple receivers in Greenland, expanded our coverage in India, Thailand, Russia, Brazil, and the US east and west coasts, as well as added coverage in the Caribbean.

As of January 2014 we greatly increased our coverage in the United States and Canada with access to North American radar data. We also continued to add coverage in South America, especially in Brazil. South Africa, southeast Asia, India, Australia, Eastern China, and Japan also saw tremendous increases in coverage. All the while we continued to add receivers in Europe to add coverage at lower altitudes.

A year later in February 2015, our coverage had grown in South America, expanding in Brazil, Colombia, Venezuela, and Chile, especially. Our coverage in Mexico grew significantly, as did our ADS-B and MLAT coverage in the United States and Canada. Our coverage in Russia expanded east and north covering many more flights between Europe and east Asia. We also installed our first receiver in Antarctica in December 2015.

In 2019, our terrestrial coverage area has expanded to include much more oceanic airspace as well as significantly greater coverage in South America, Africa, and northern Asia. 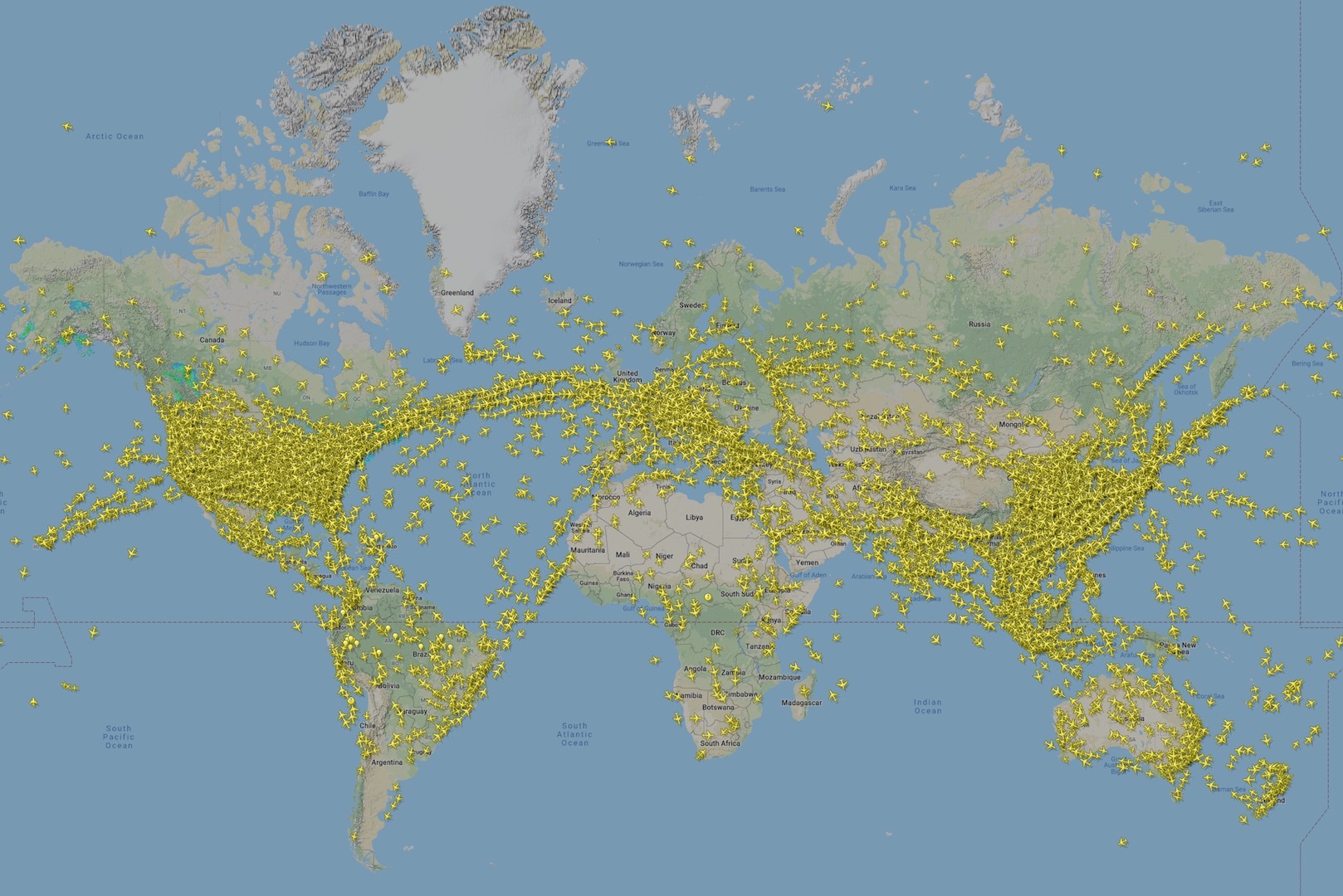 We are always looking for new receiver hosts. Especially if you or someone you know lives in a remote location, please apply to host a receiver. All of our receiver hosts get a free Flightradar24 Business Subscription. If you’re interested, please apply today. If you’d you like more information about our application process, you can read more about it in our blog post.

If you prefer to use your own hardware and have a Raspberry Pi you can now help us increase MLAT coverage as well. Please see our Build your own receiver page for more information and to begin sharing data today.