Joining the ranks of production cars towing airplanes world record holders, Tesla and Qantas teamed up to tow a 787-9 with a Tesla Model X. By pulling the 130 tonne 787 in Melbourne, Tesla set the Guinness World Record for heaviest tow by an electric production passenger vehicle.

Not your average tug

While airlines and airports around the world are working on implementing various types of electric taxi methods, this is the most inventive—if impractical—solution we’ve seen so far. Tesla used a Model X P100D to tow Qantas’ newest 787-9 VH-ZND nearly 300 meters.

Here’s some more from the Tesla + Qantas world record attempt. 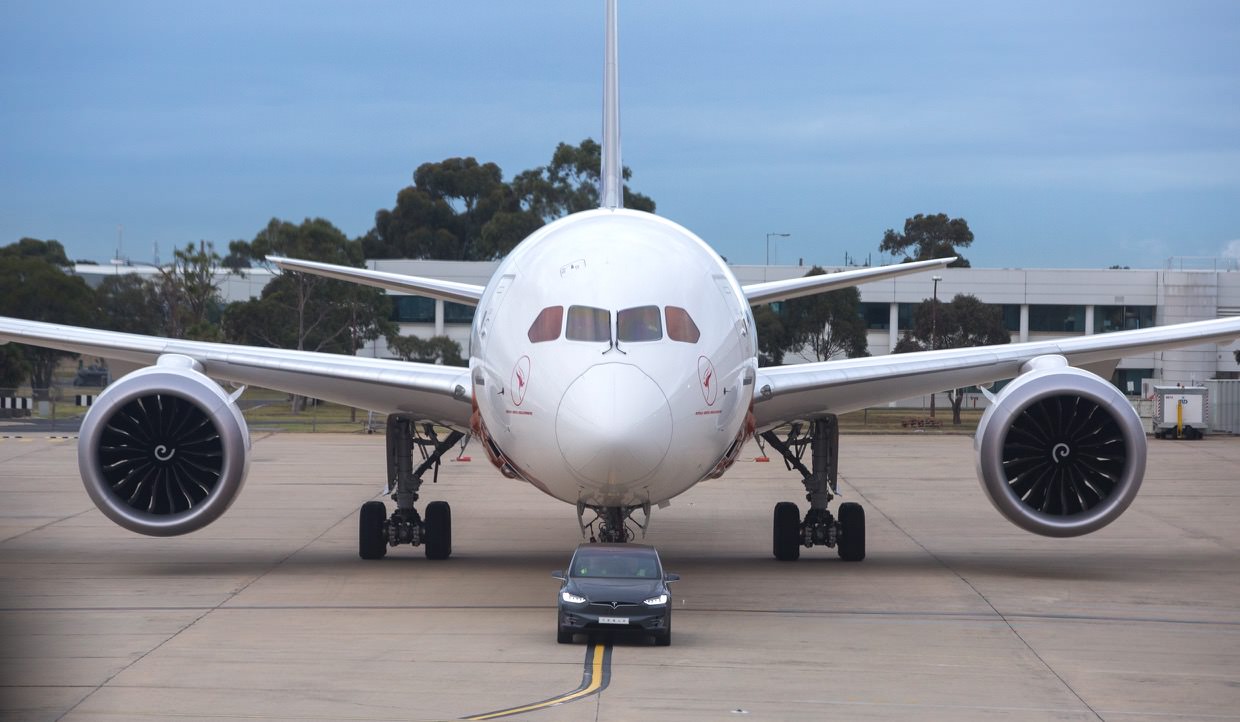 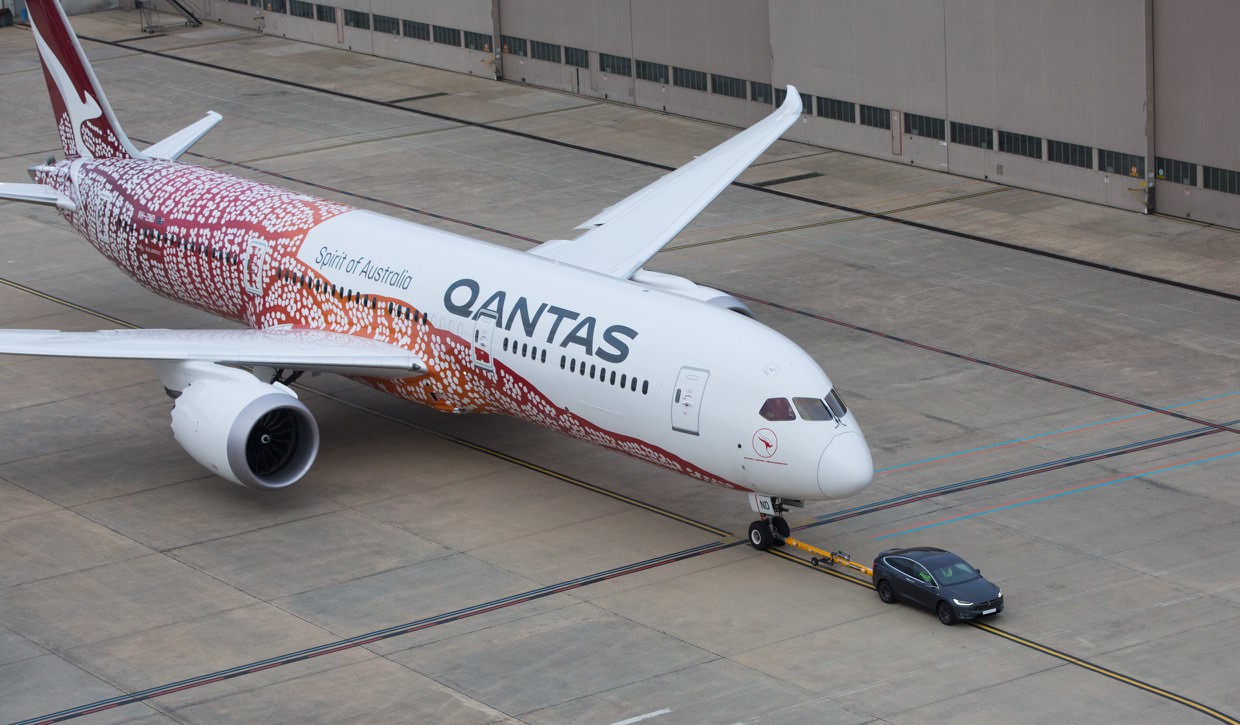 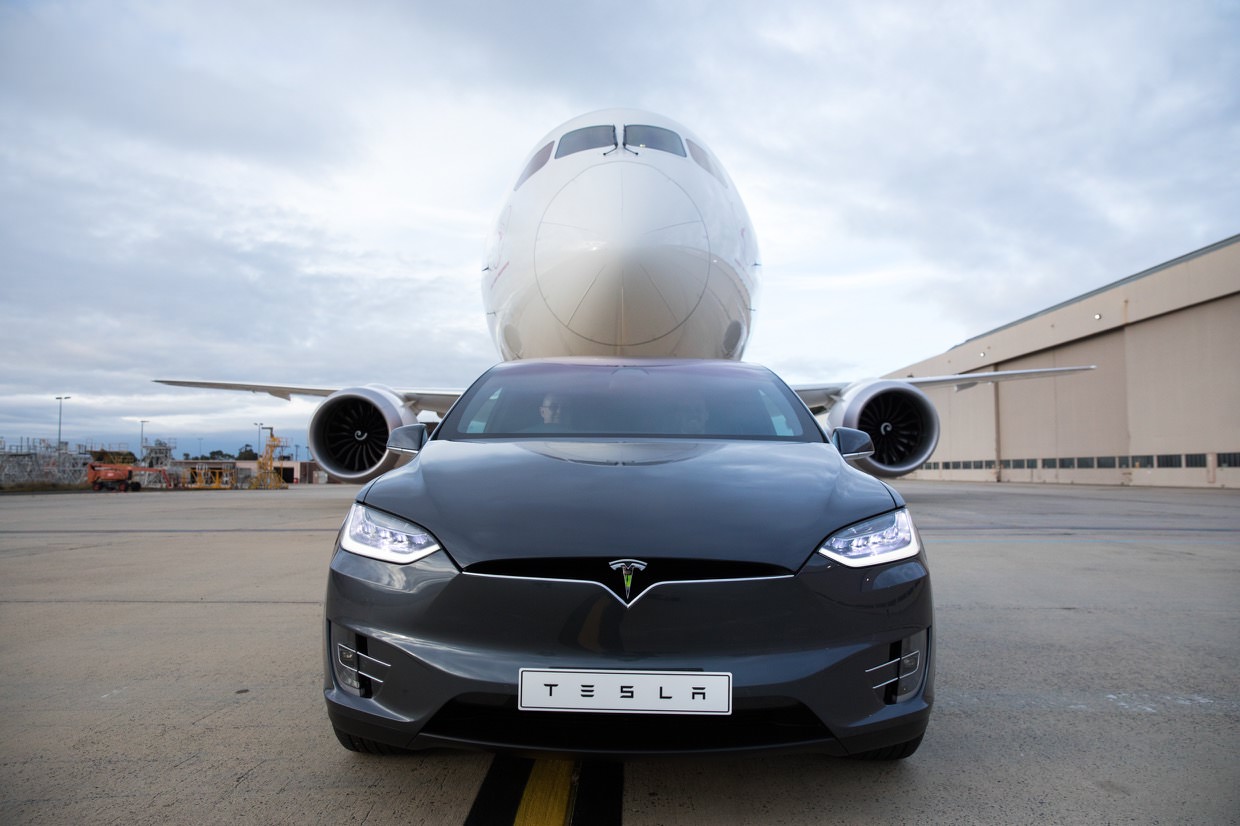 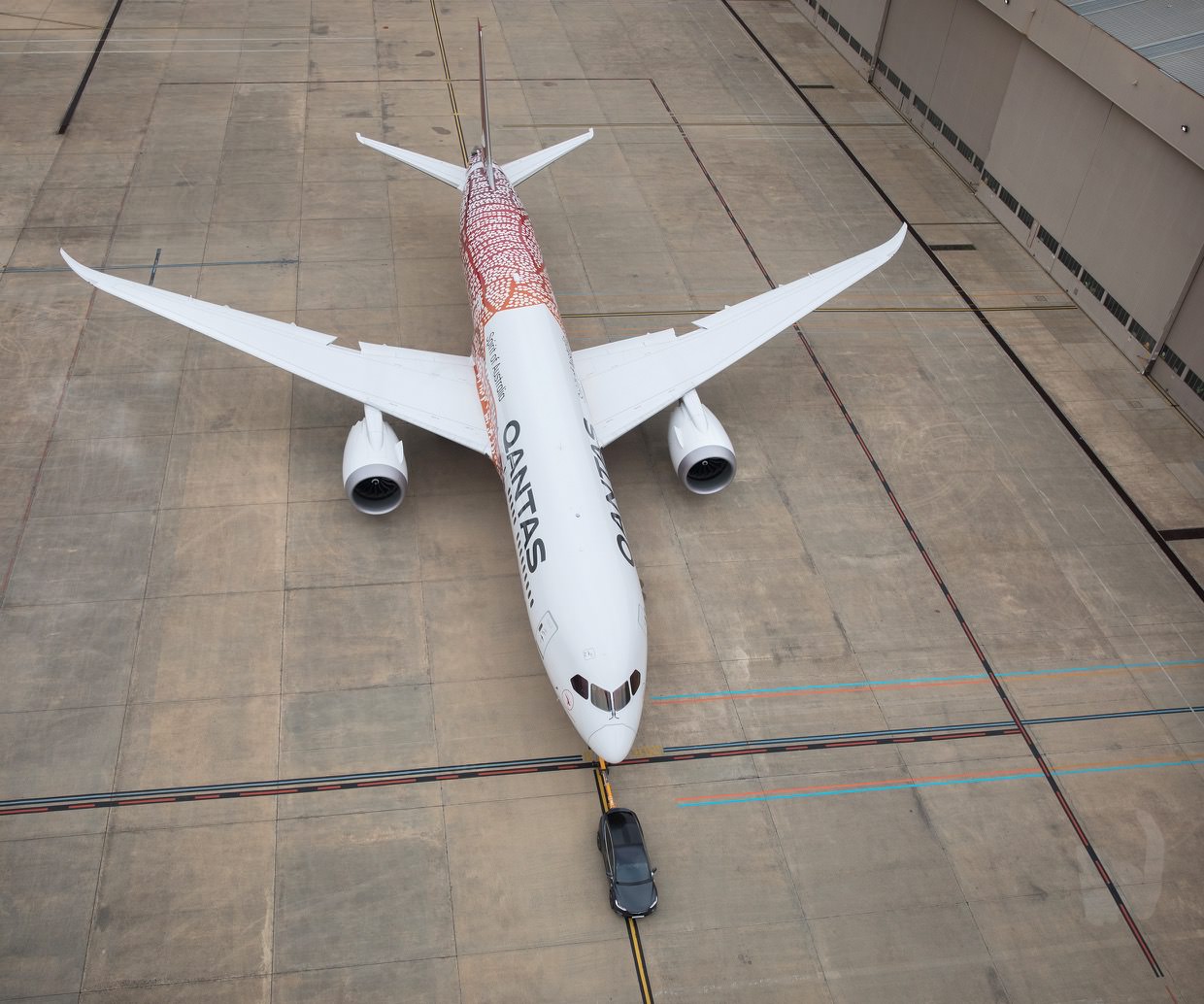 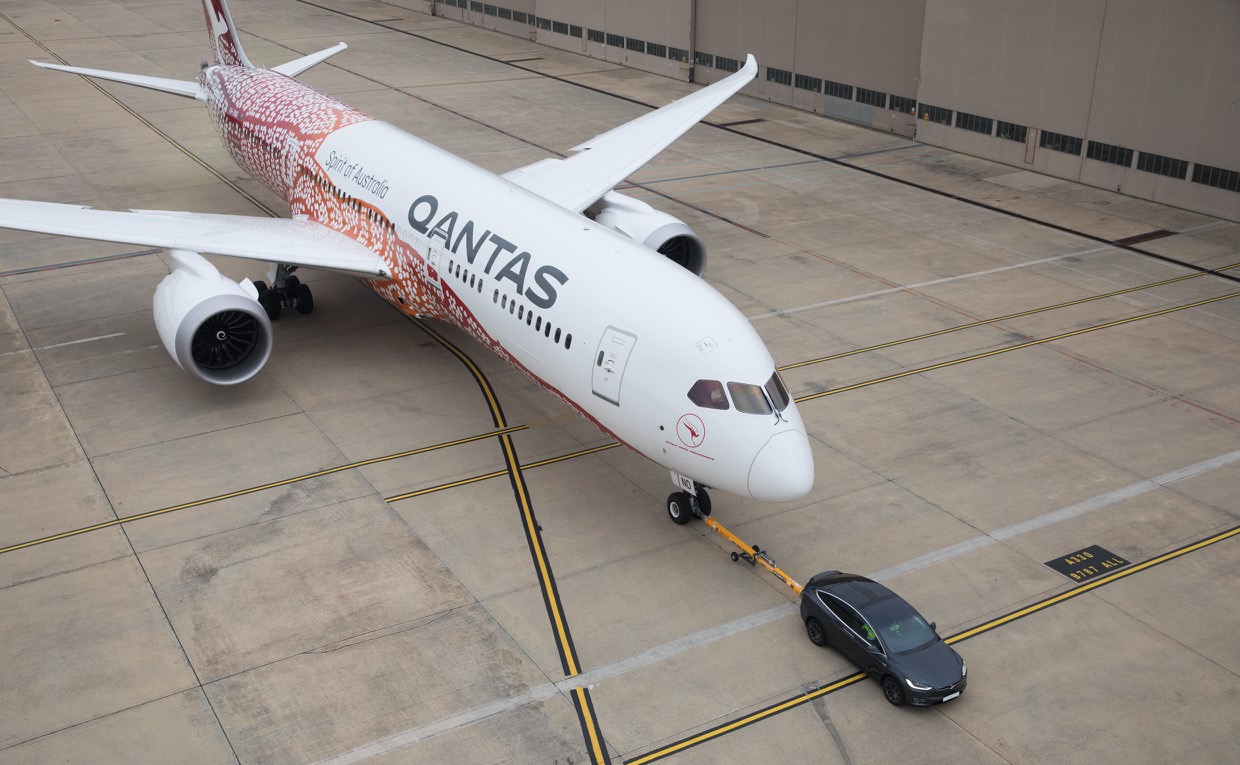 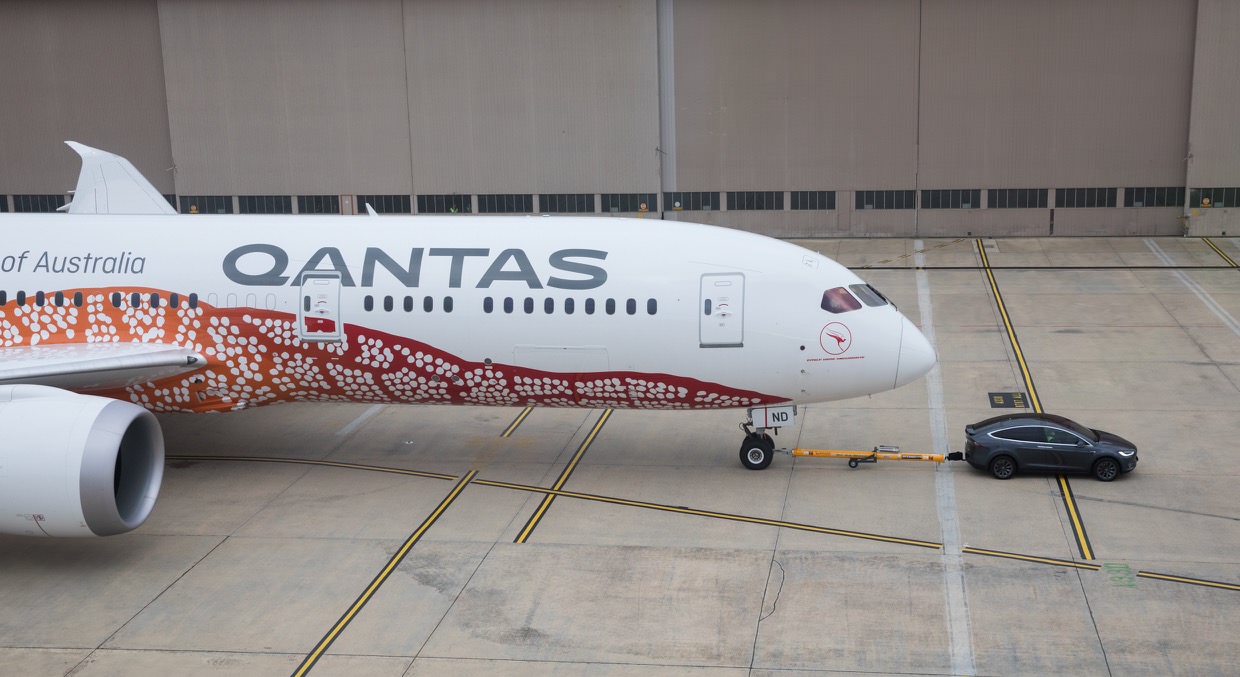 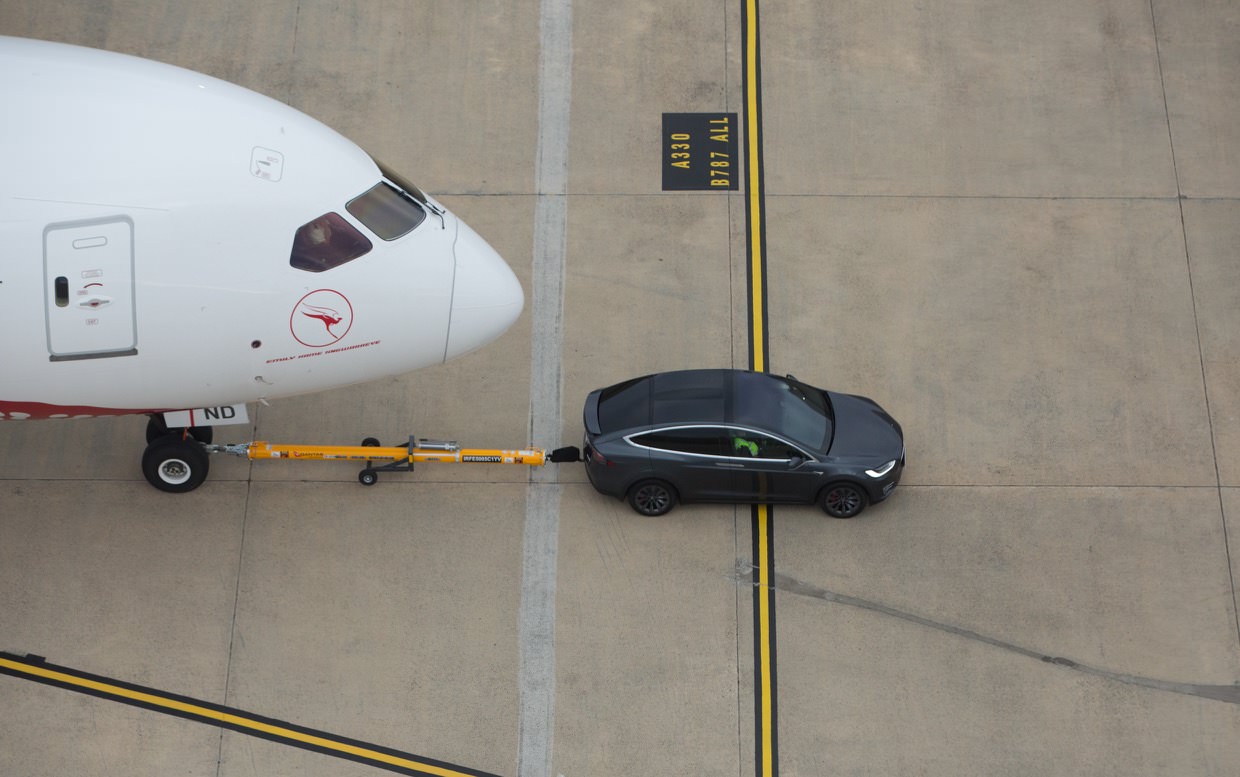 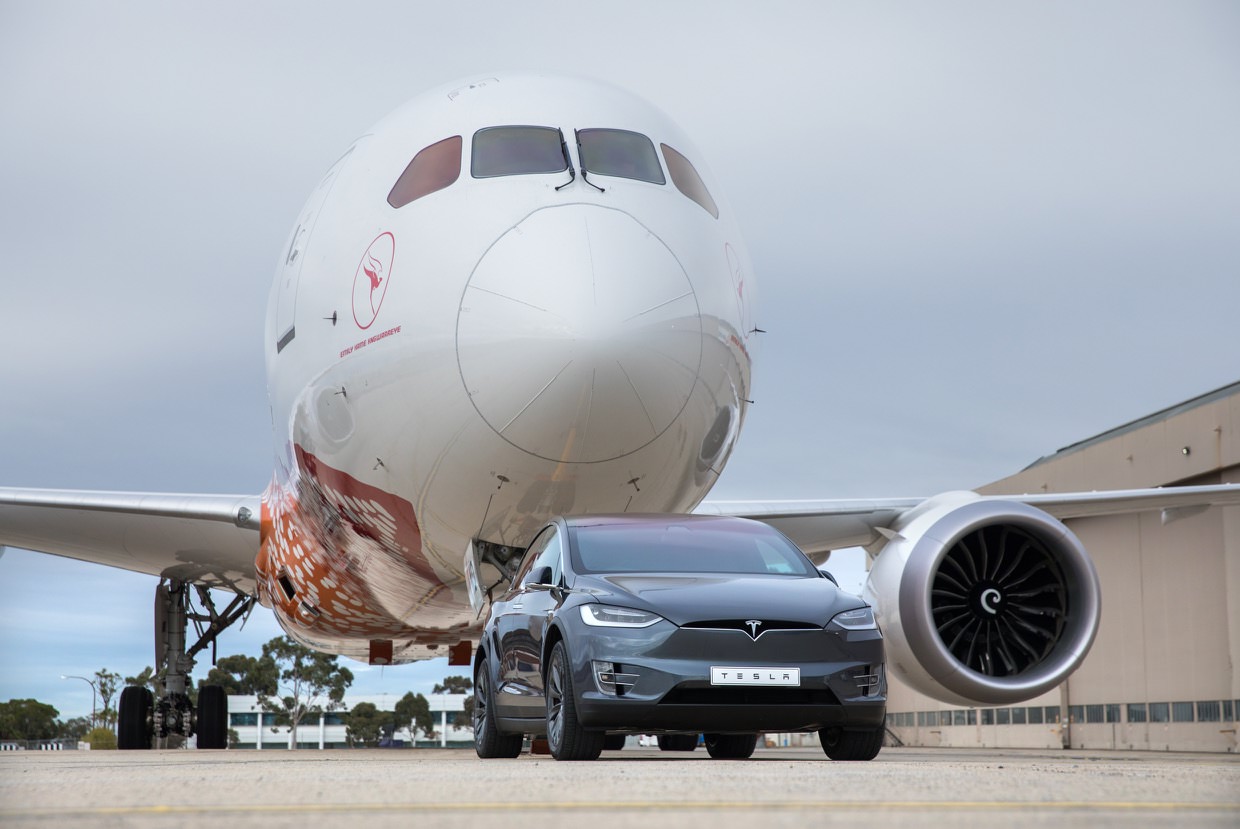