Sichuan Airlines flight 3U8633 was in flight from Chongqing to Lhasa at 32,000 feet when it lost its right main windscreen. The flight diverted safely to Chengdu.

Photos obtained by China Aviation Review show the missing windscreen and the extent of the damage to the flight deck.

Sichuan 3U8633 from Chongqing to Lhasa diverted to Chengdu. Lost one windshield at FL332. Descend to FL240 due to high terrain (@flightradar24 data). Cabin decomp. FCU failure and some parts sucked out. Landded safely with bust tires. One pilot and one cabin crew injured. pic.twitter.com/8aViRZoOE0

The flight data show an uneventful flight until 41 minutes into the flight at 23:08 UTC, when the aircraft makes a rapid descent from 32,000 to 23,500 and then further descends on approach to Chengdu. 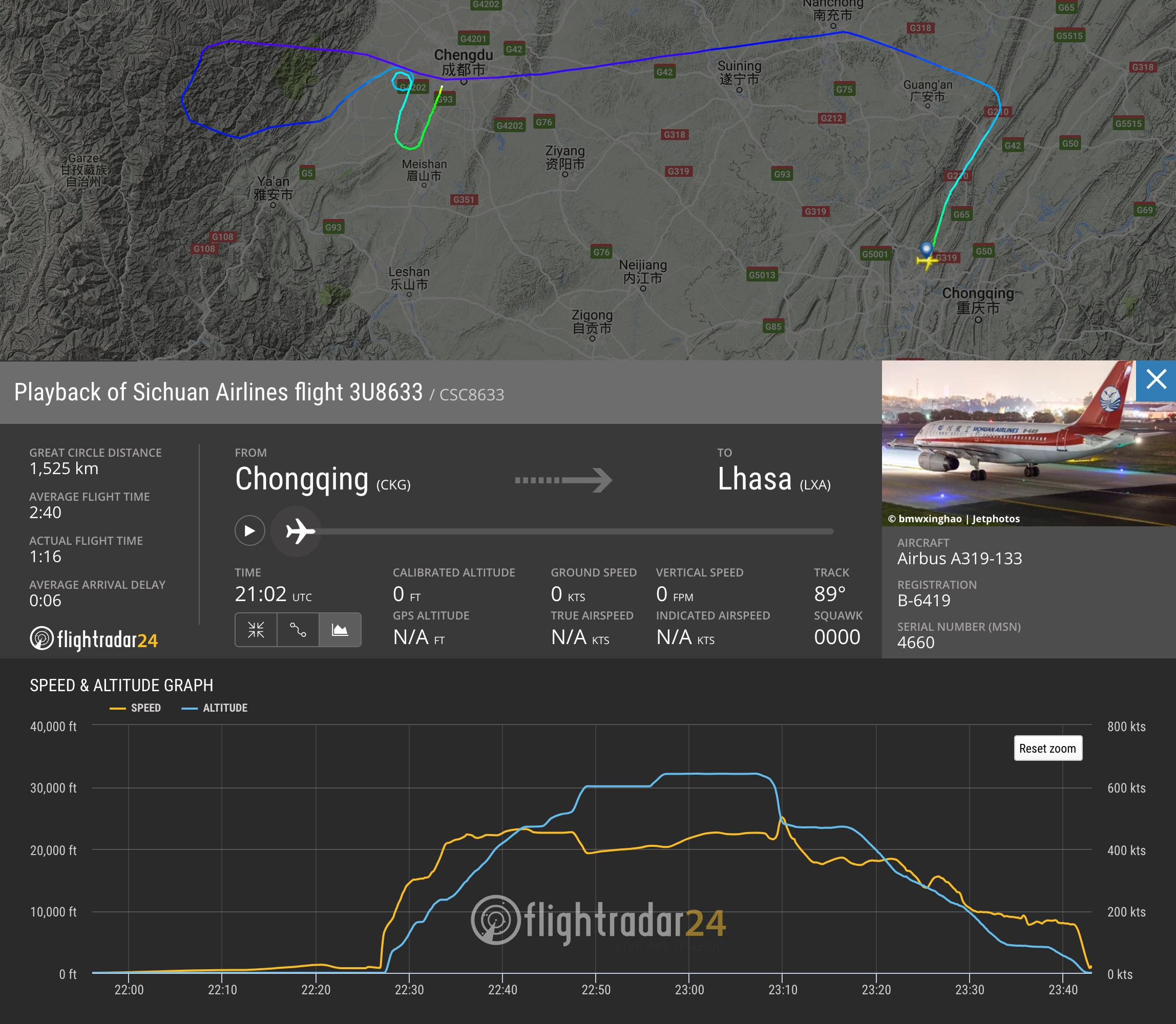 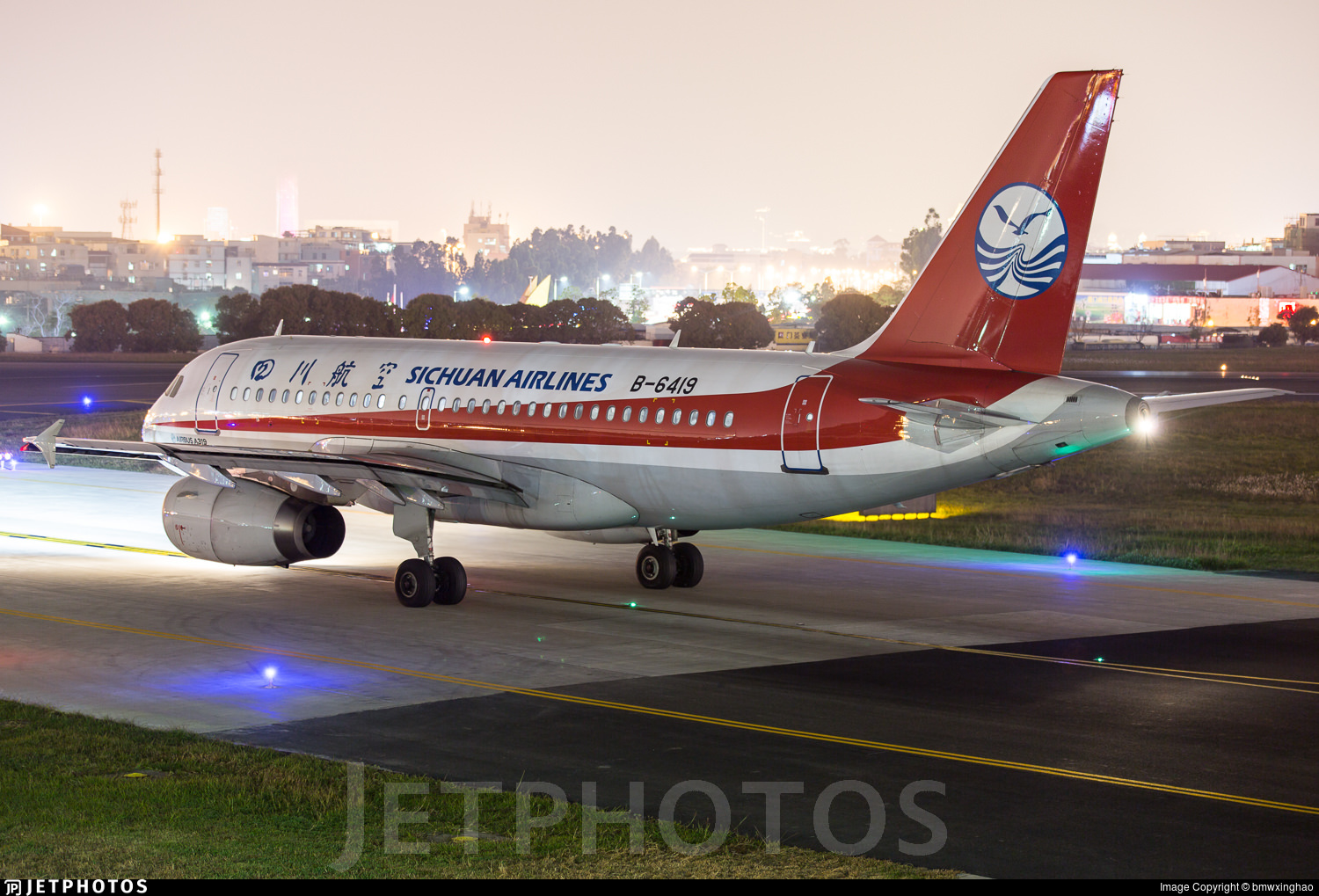