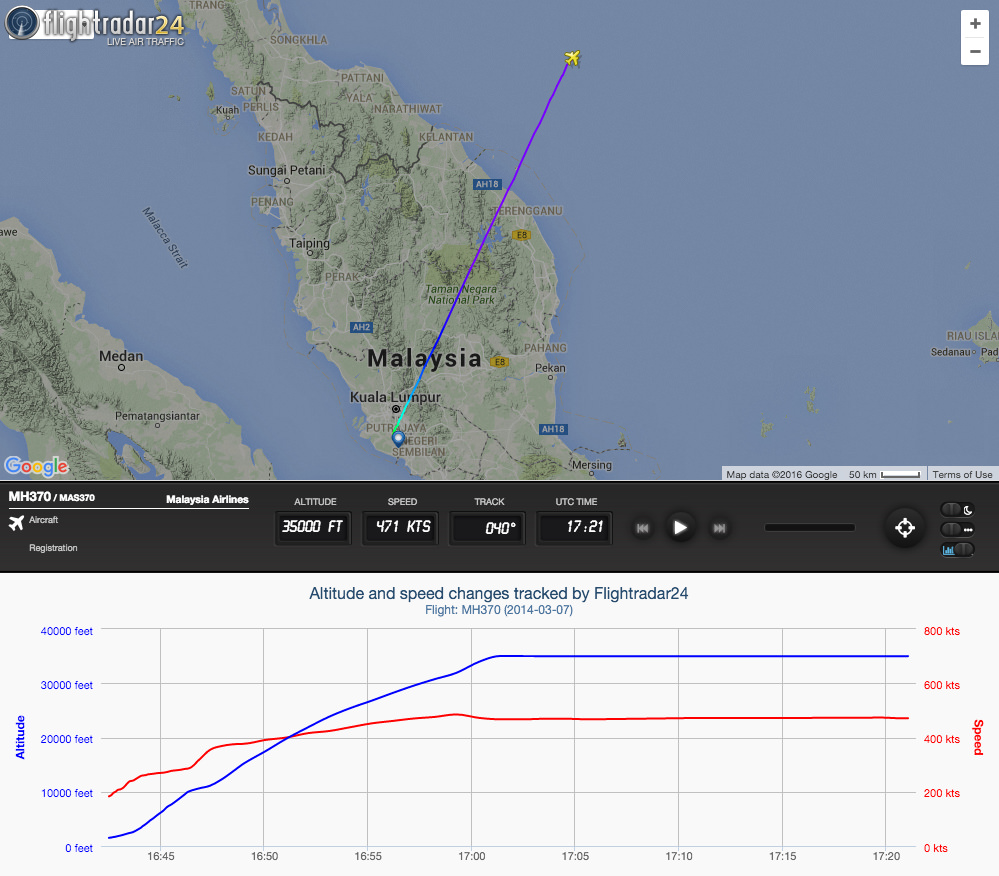 Subsequent military radar contacts and satellite “handshakes” with an Inmarsat satellite led investigators to determine that the flight turned west, then south, and flew into the Indian Ocean. After analysis of likely crash areas, the Malaysian government asked the Australian Transport Safety Bureau to assume responsibility for the search.

Consistent with drift analysis performed by The Commonwealth Scientific and Industrial Research Organisation (CSIRO), debris from MH370 was discovered on Réunion Island in the western Indian Ocean on 29 July 2015. The flaperon from 9M-MRO was the first piece of debris to be conclusively linked to MH370. Additional pieces have since been discovered and sent to authorities for analysis to determine if they are from MH370.

Just yesterday, the International Civil Aviation Organisation (ICAO) released new guidelines designed to ensure that aircraft in distress remain able to be tracked at all times. All of the new requirements are scheduled to take effect by 2021.

Flightradar24 remains committed to global ADS-B coverage and we’re currently exploring a number of solutions to achieve that goal.