Onboard the inaugural SAS A350 flight from Copenhagen to Chicago

SAS inaugurated the Airbus A350 on Tuesday, 28 January, putting the aircraft into revenue service for the first time beginning with its Copenhagen-Chicago route. SAS has focused on the improved economics, environmental impact, and passenger experience of their new A350 fleet and we joined the first flight to see how they’ve done.

The inaugural SAS A350 flight by the numbers

After speeches from SAS and Copenhagen Airport executives, boarding began and we were welcomed aboard SAS’s first of 8 Airbus A350s, SE-RSA, named Ingegard Viking. SK943 pushed back from the gate at 15:43 local time. A short taxi to the runway and we were airborne at 15:50 LT on our way to Chicago.

CO₂ reduction per flight compared to A340: 30 tonnes

After stepping up from FL360 to FL400, we began our initial descent over northern Michigan and touched down in Chicago at 17:09 local time and pulled into the gate at 17:16, nearly 1 hour early thanks to calm winds en route and the A350’s increased cruise speed compared to the A340, which has historically operated the Copenhagen-Chicago flight. 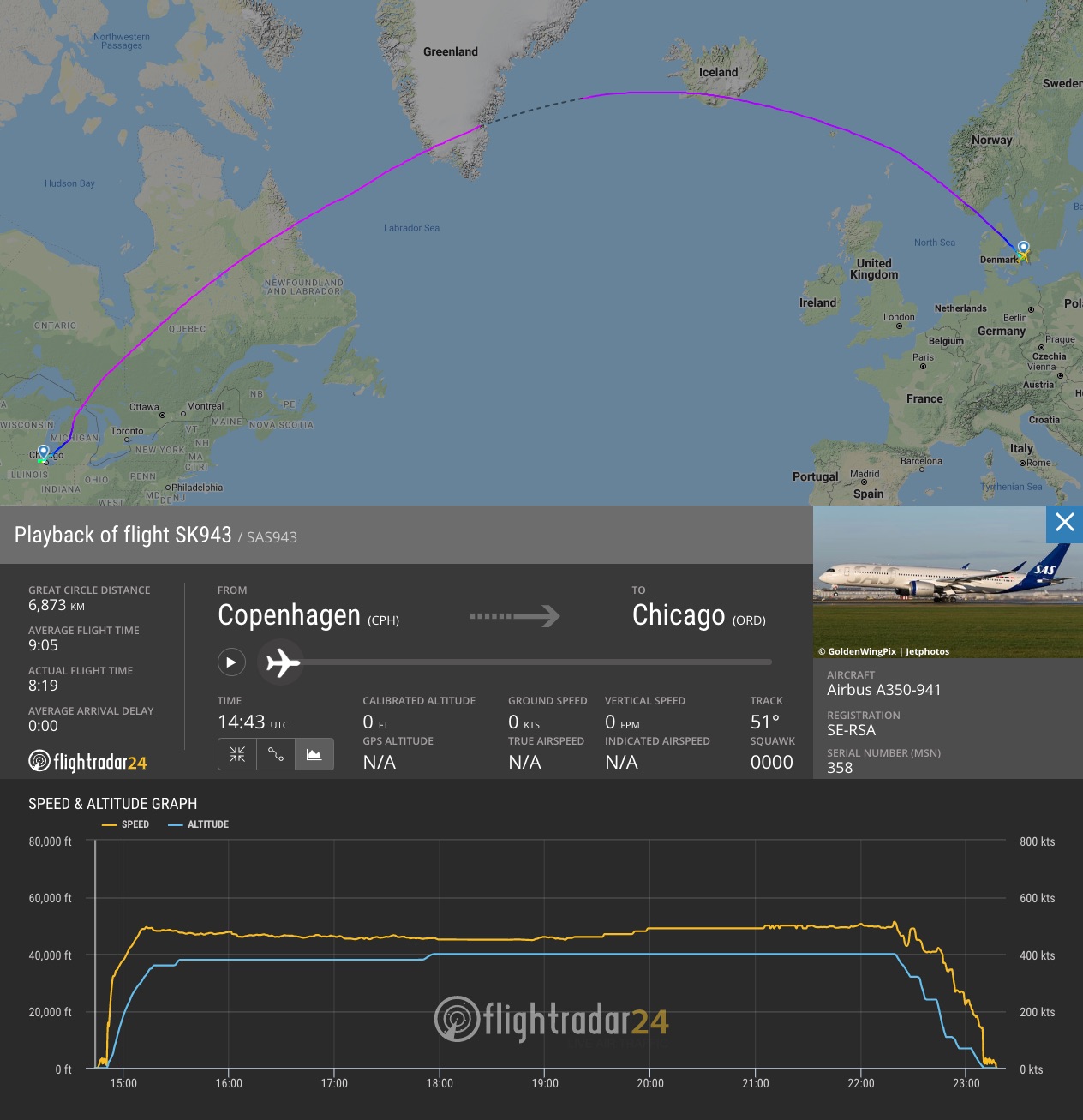 The updated A350 business cabin, the all-new Plus cabin, and the revamped Go cabin all incorporate a strong sense of Scandinavian style, with blues and light wood standing out throughout the aircraft.

In the Business cabin, the seat has been redesigned to offer more privacy, a larger screen, and a longer bed. In Plus, SAS’ premium economy offering, the new seats each have a foot rest built in and improved recline. Go, the economy cabin, features improved seat recline, larger screens, and a new Snack Shop in the rear of the aircraft.

The aircraft is equipped with WiFi, which struggled during our flight. SAS had a ‘WiFi Crew’ on board who spent a good portion of the first part of the flight testing the system and then helped passengers connect. We were not able to make use of the system beyond test messages, but we spoke with the crew after the flight and they assured us that they would be making some changes to the system based on their findings from our flight.

Inaugural flights are always a party in the sky and the first SAS A350 flight was no different. We enjoyed speaking with the crew, who were just as excited to by onboard as the passengers who had booked the flight specifically. Pilots Bjorn Hallberg, Chief A350 Pilot and Erik Solberg, Assistant Chief A350 pilot, both remarked on the noise reduction of the A350 compared to the A330 and A340. The both also commented that they didn’t feel as tired at the end of the flight, attributing that to the A350s lowered cabin altitude and improved air conditioning system that cycles the cabin air every 2-3 minutes. 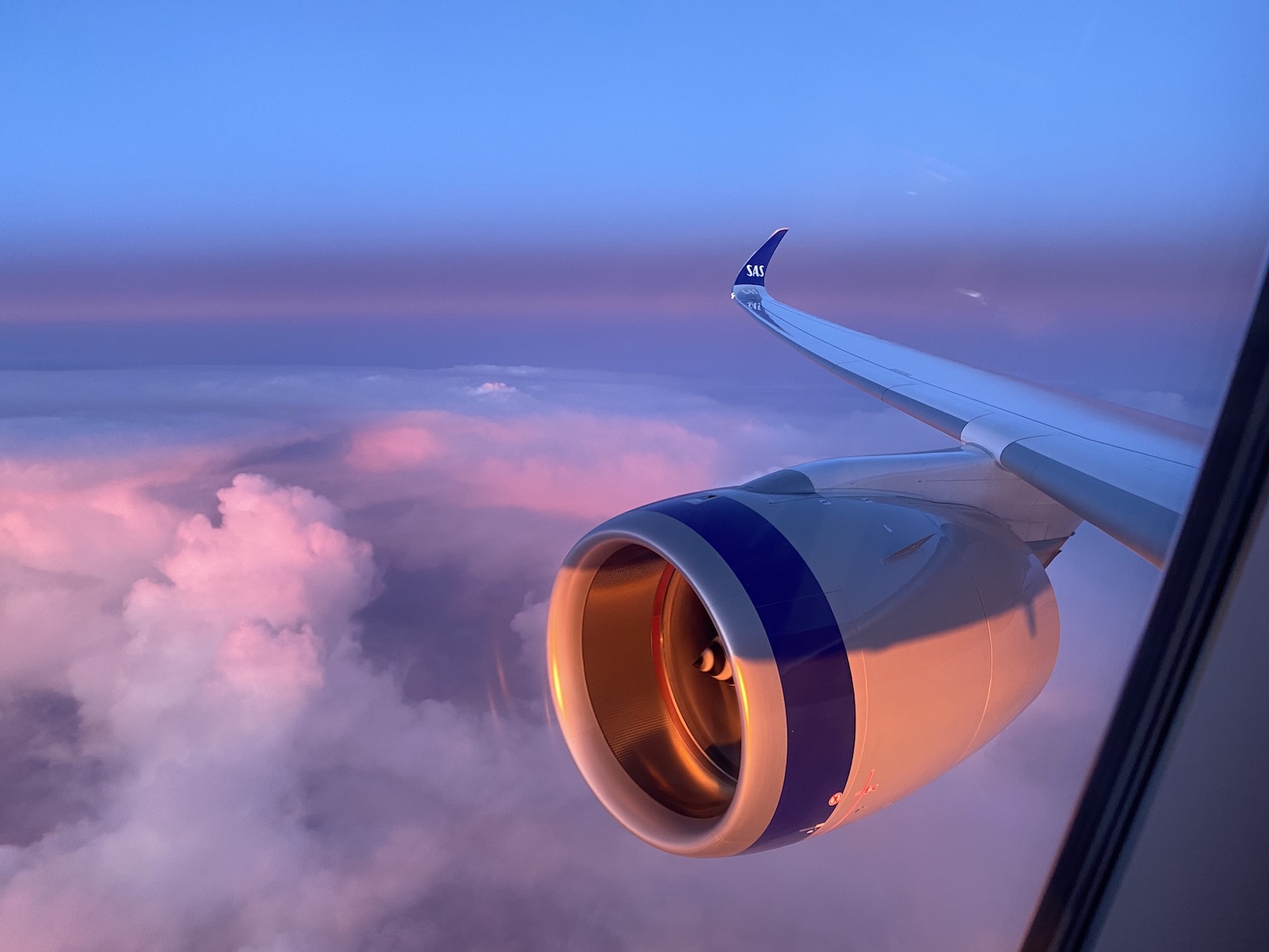 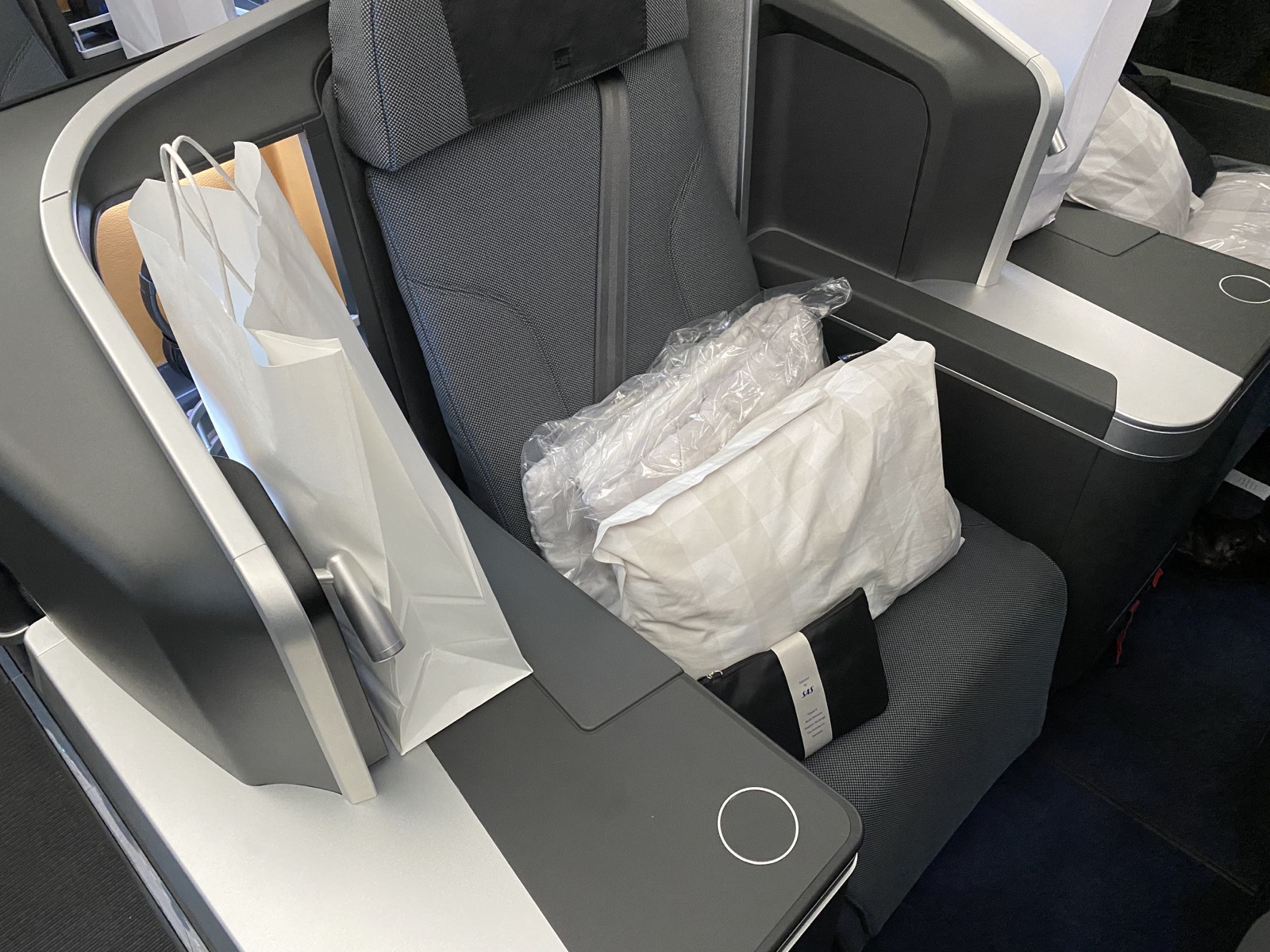 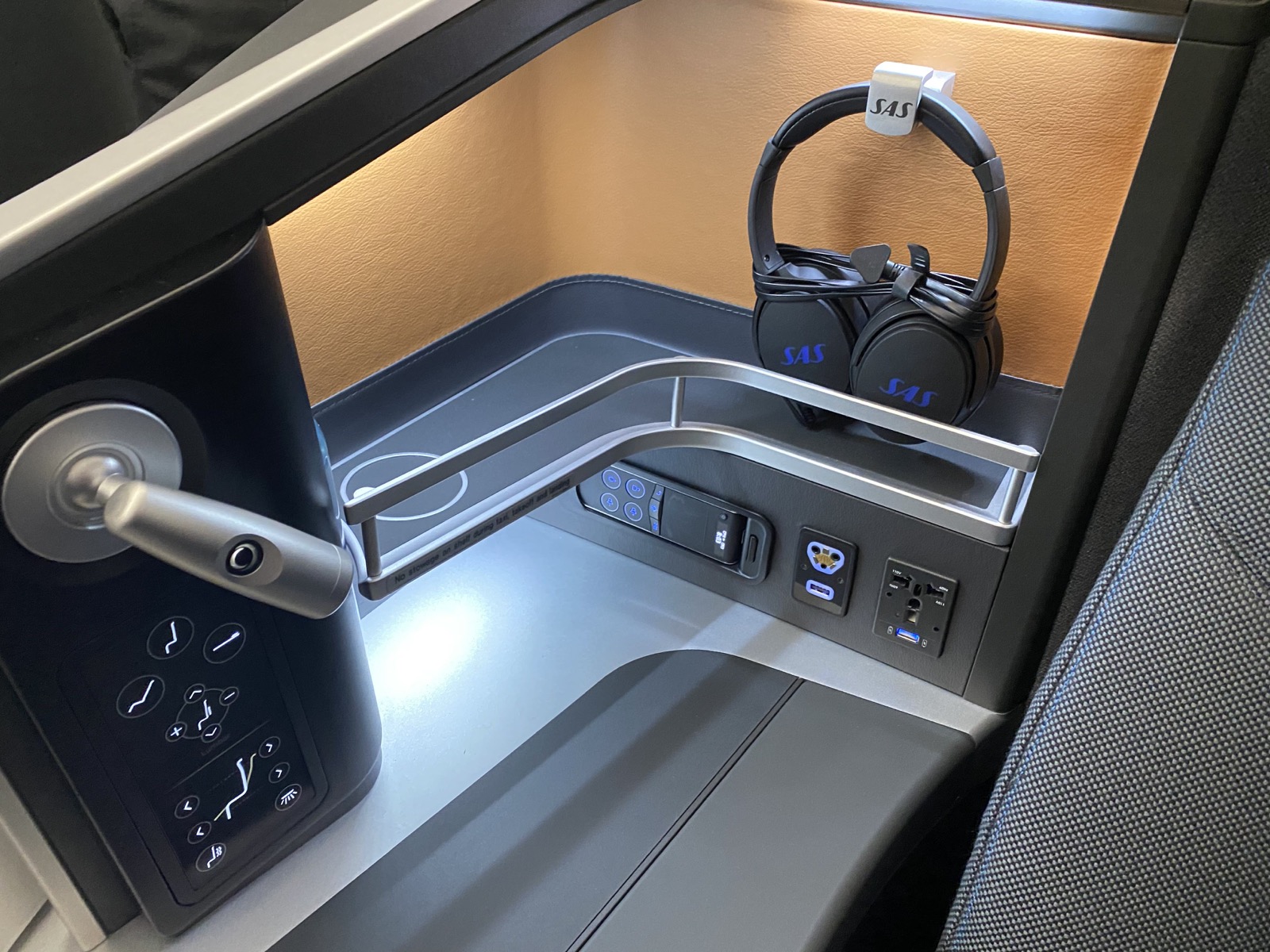 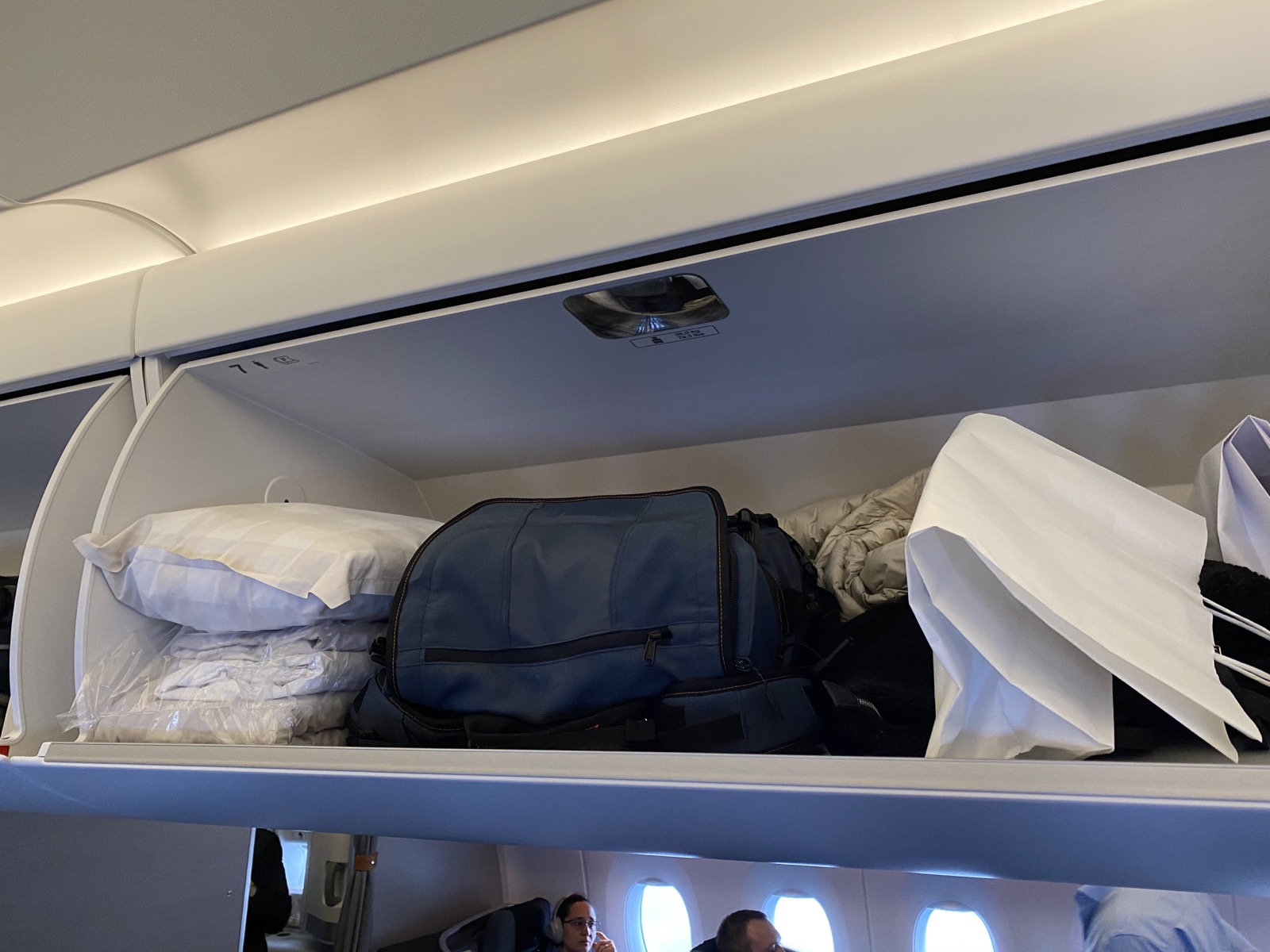 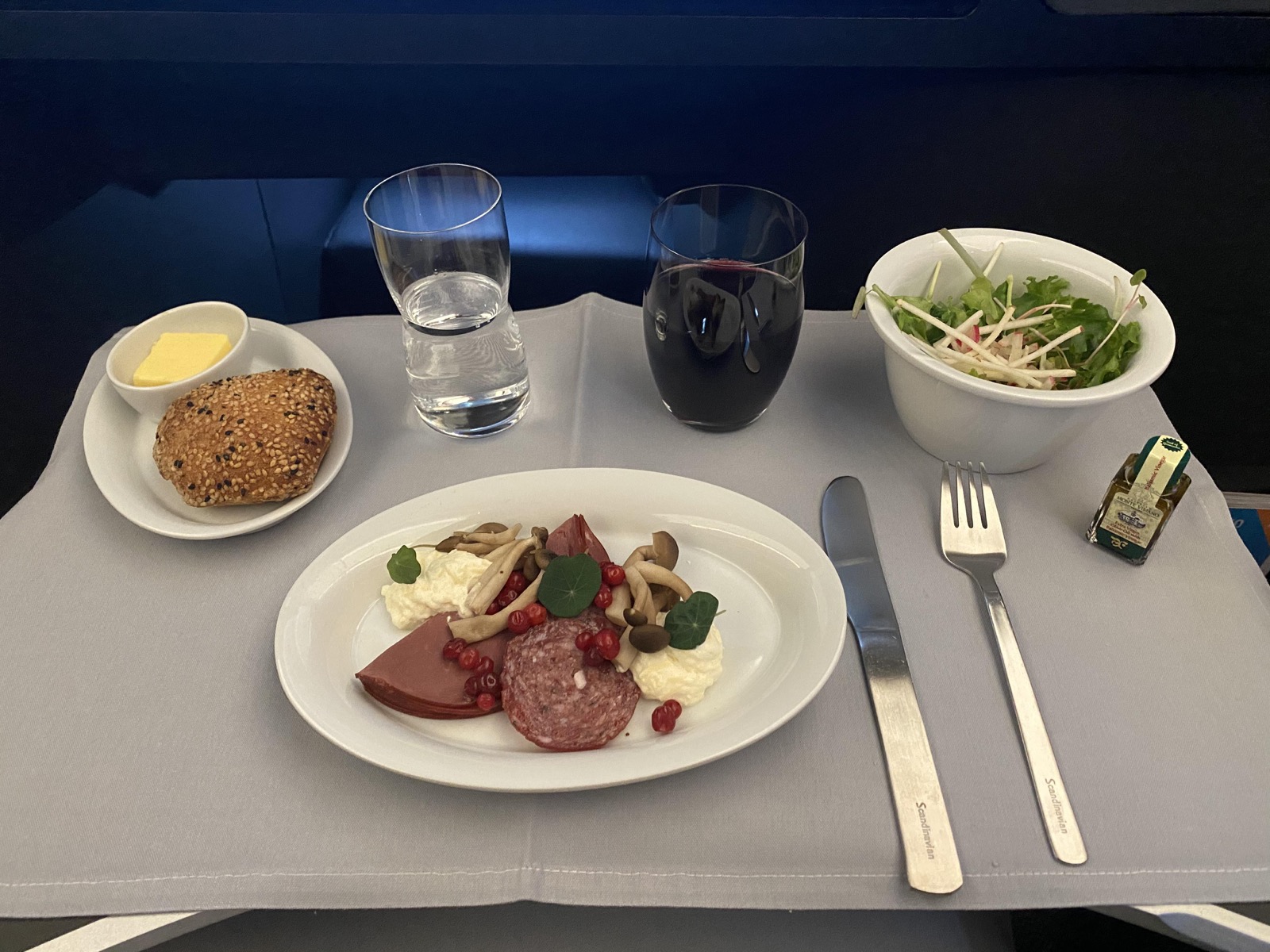 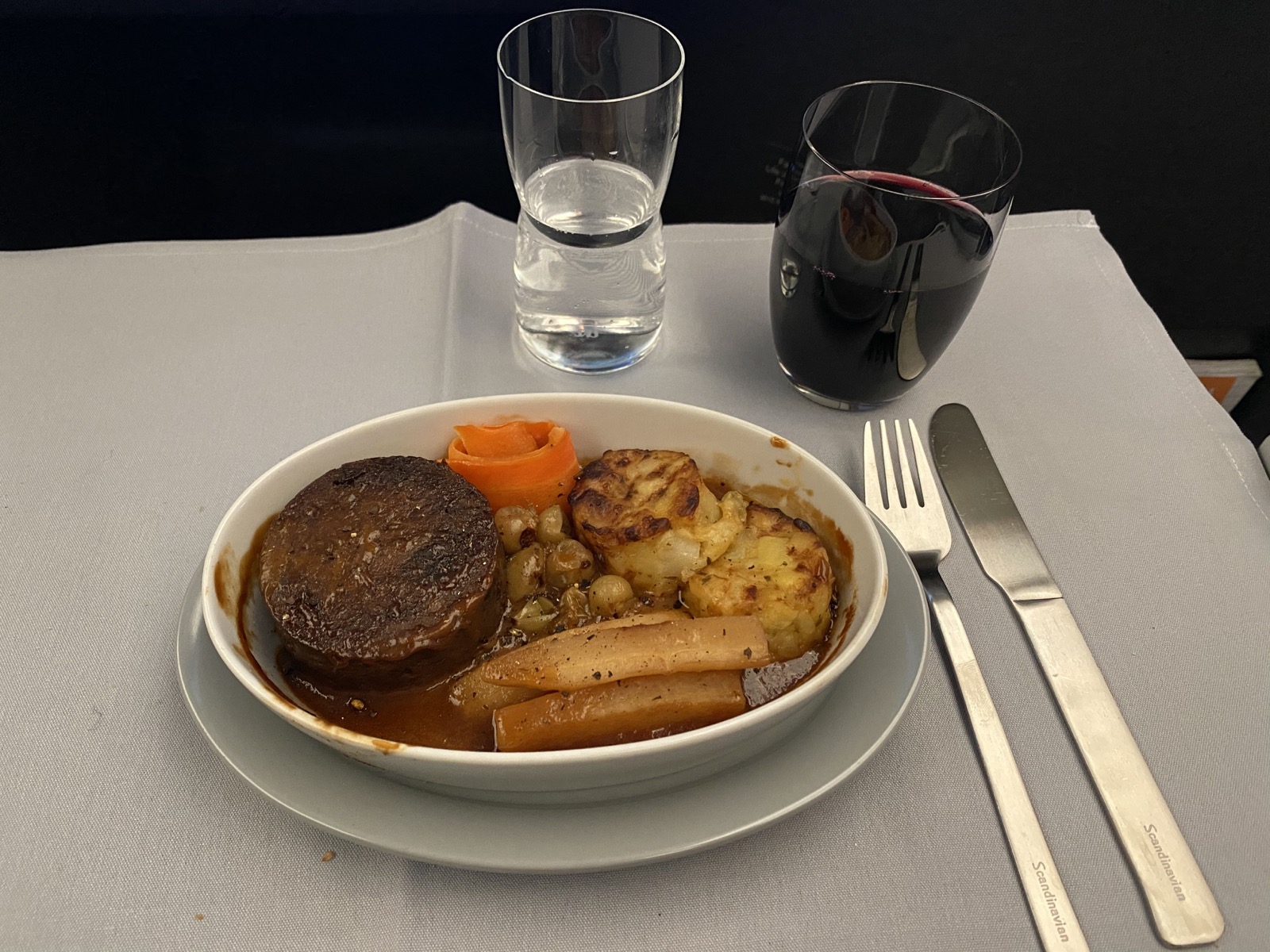 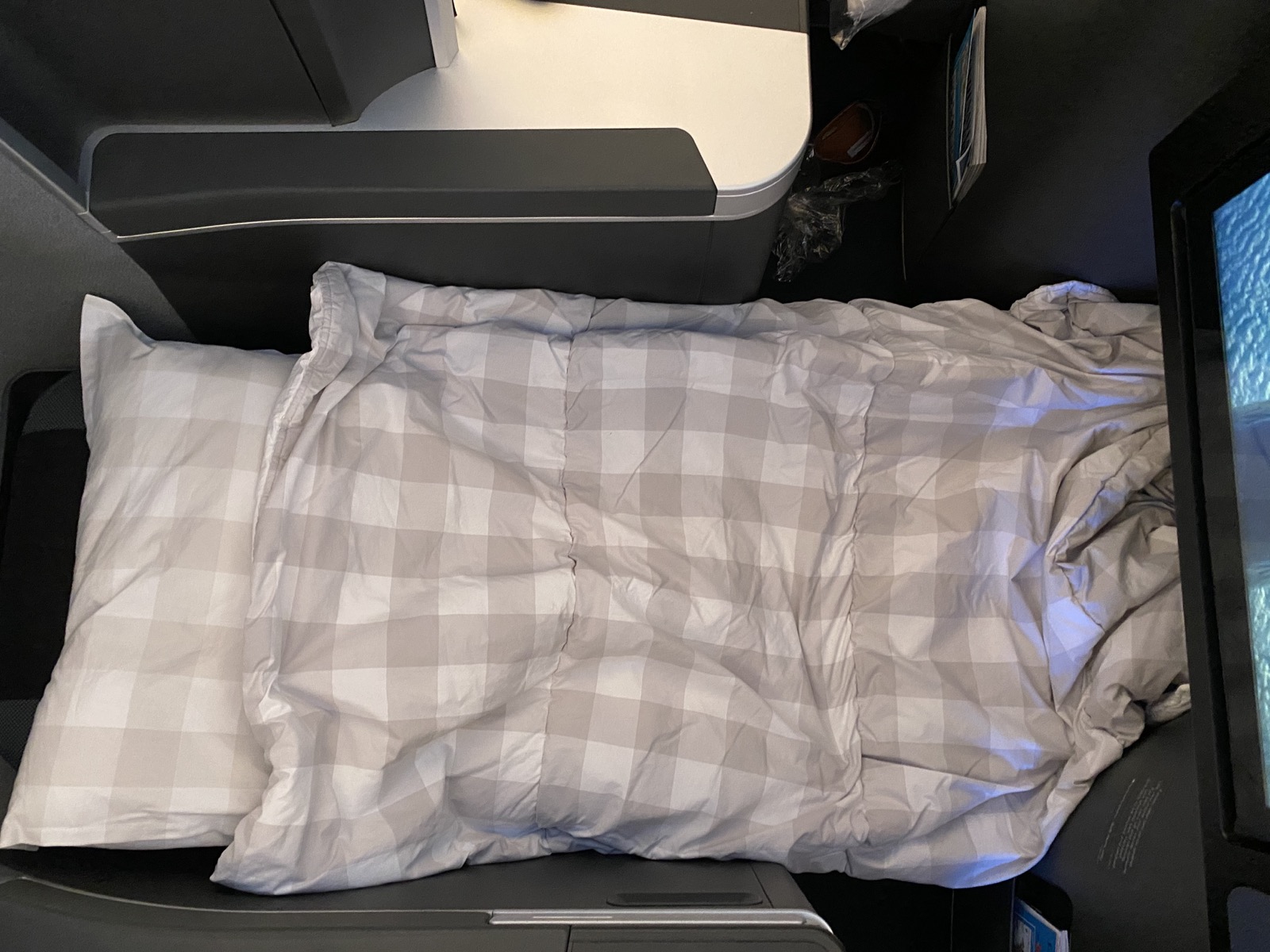 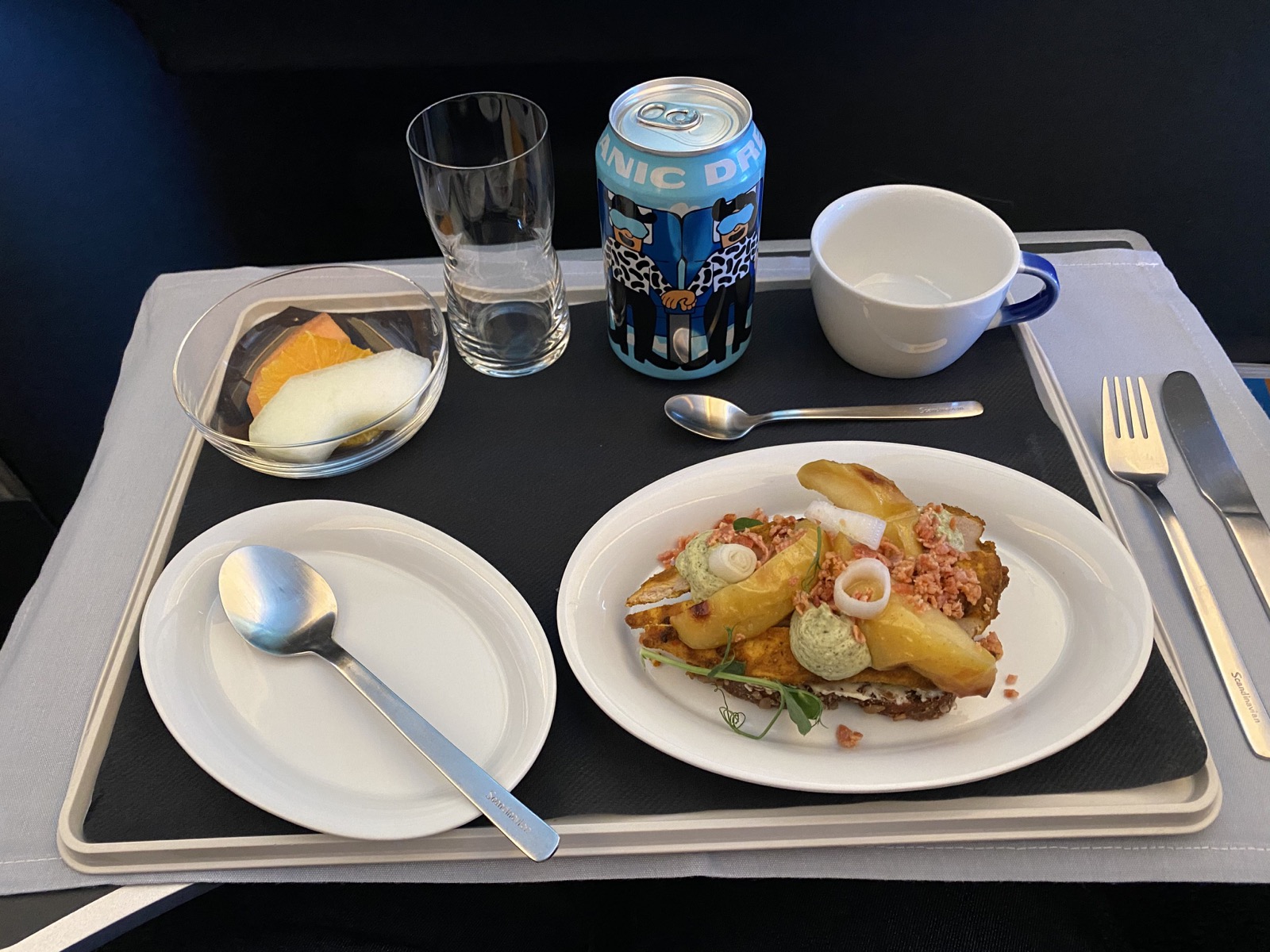 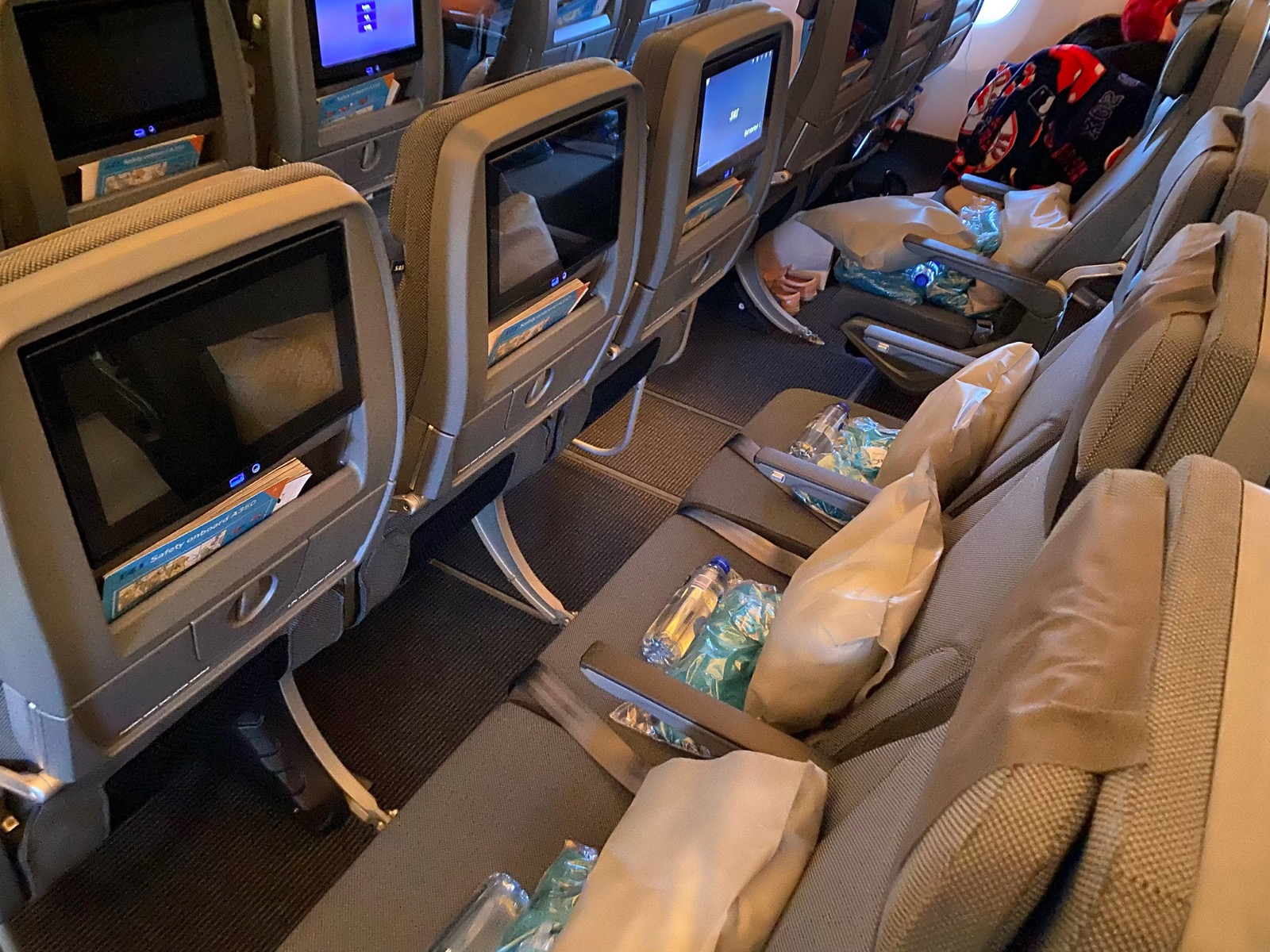 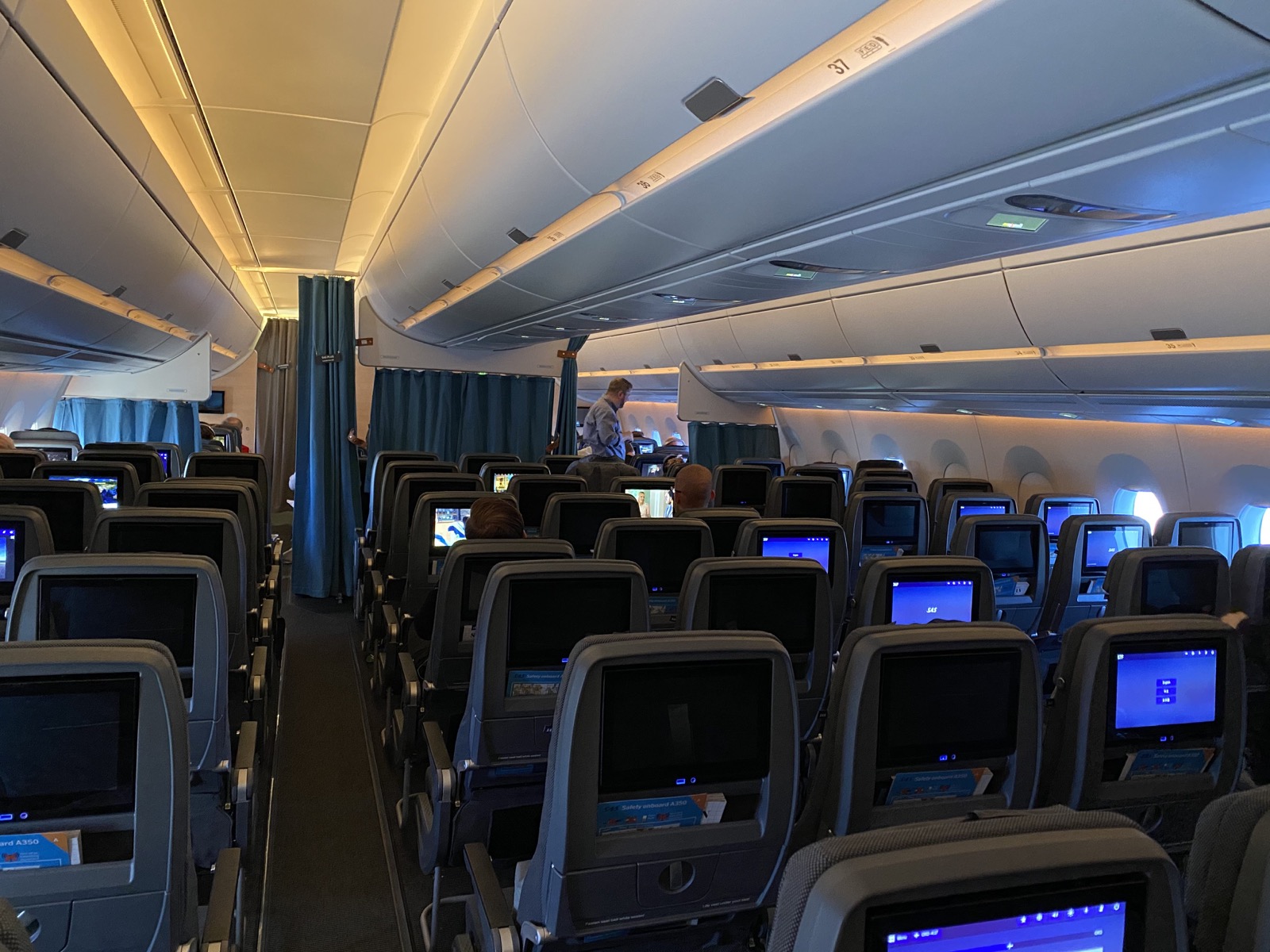 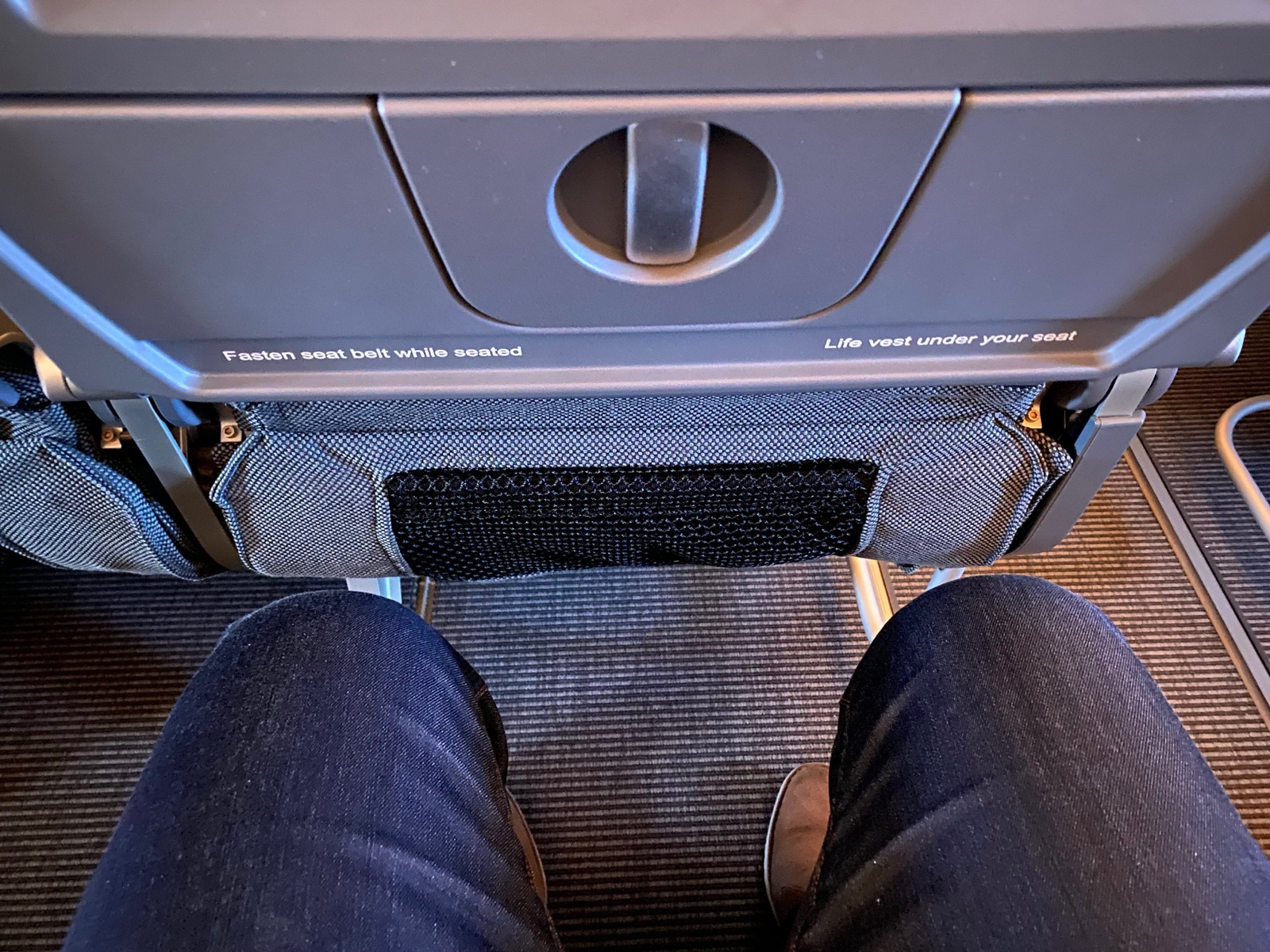 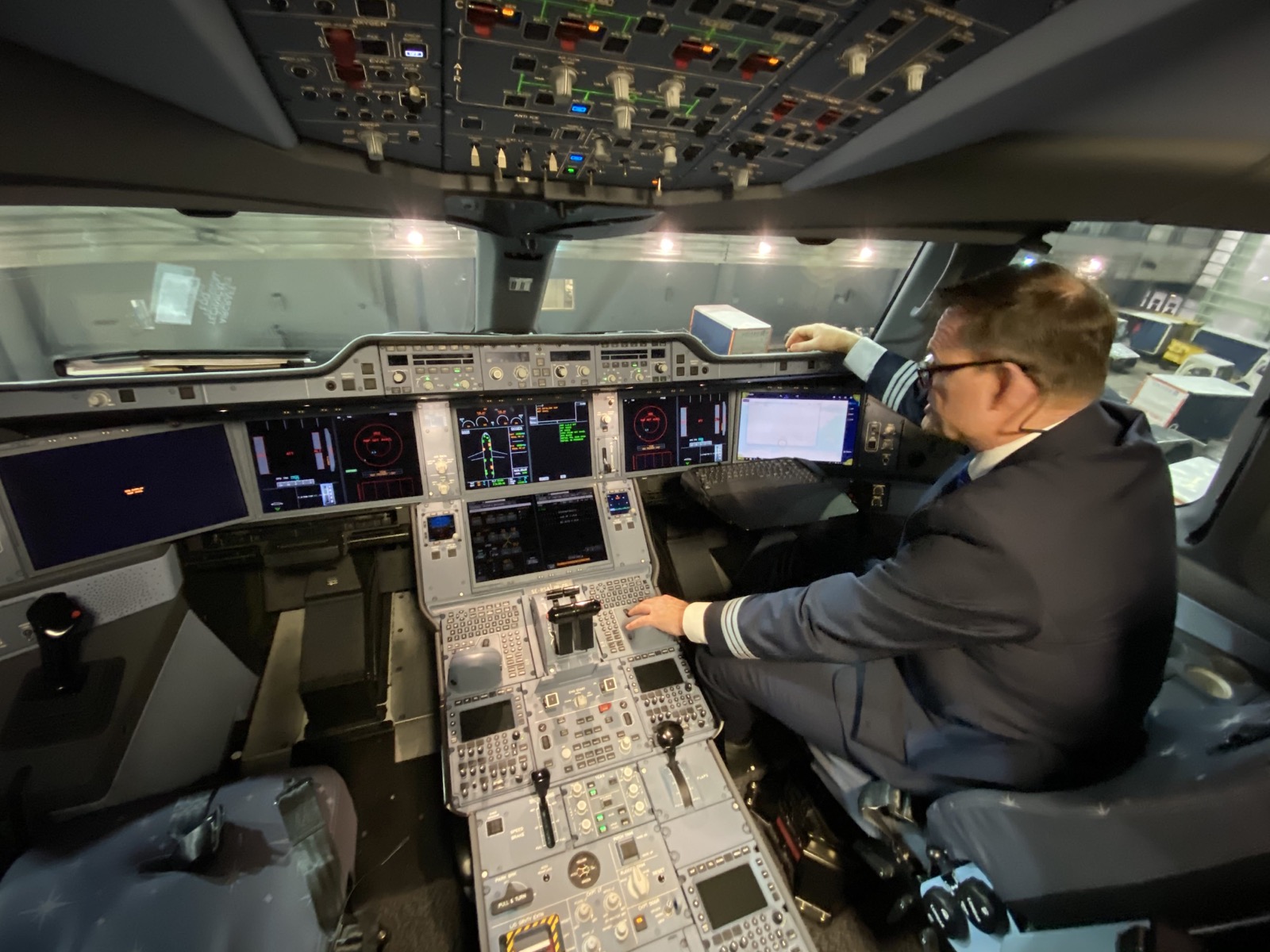