Saratov Airlines flight 703 crashed approximately six minutes after takeoff from Moscow’s Domodedovo Airport. The flight was bound for Orsk, about 1500 km southeast of Moscow. The flight was operated by an Antonov An-148-100B, registered RA-61704. The extent of Flightradar24 data is included below.

The aircraft departed Domodedovo (DME) at 11:21 UTC and began its climb. The last recorded values for vertical speed and position of the aircraft received by the Flightradar24 network are -22,000 feet per minute located at 55.29950,38.39580.

In addition to the standard CSV and KML files, we have downloaded and processed additional, more granular flight data from 6W703 as it was received by receivers connected to the Flightradar24 network.

An initial version of the extended data set included previous flights by RA-61704. For clarity, we have removed those flights.

6W703 was operated by a Saratov Airlines Antonov An-148-100B, registered RA-61704. The aircraft was originally delivery in 2010 to Rossiya Airlines and began operation with Saratov in February of 2017. 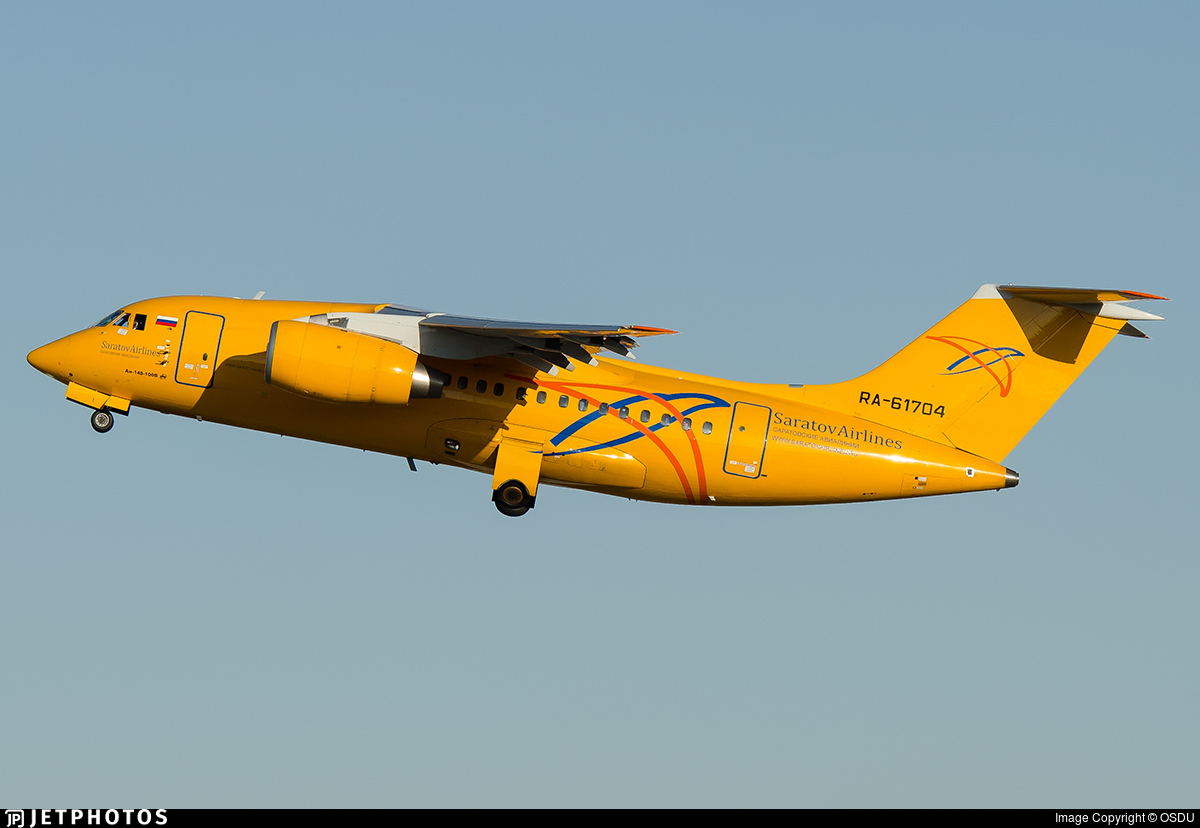