Route Proving with the Airbus A330neo

On 6 July, Airbus invited us to join an A330neo function and reliability test flight from Chicago to Atlanta. The airframer is currently working towards certification of the A330-900, which it intends to deliver to launch customer TAP Air Portugal later this year. As part of the certification process, Airbus is conducting a 5 continent tour to gain flight test hours and perform route proving.

Airbus is also using the function and reliability testing program as a way to show off the aircraft to potential customers and airlines that have ordered the A330neo. As Airbus has targeted the A330neo as a replacement for 767 and older 777-200ER aircraft, the stop in Chicago provided an opportunity to display the A330neo for United Airlines. The flight down to Atlanta gave Delta Air Lines a chance to see the aircraft they’ll first take delivery of in 2019.

What’s new about the Neo? 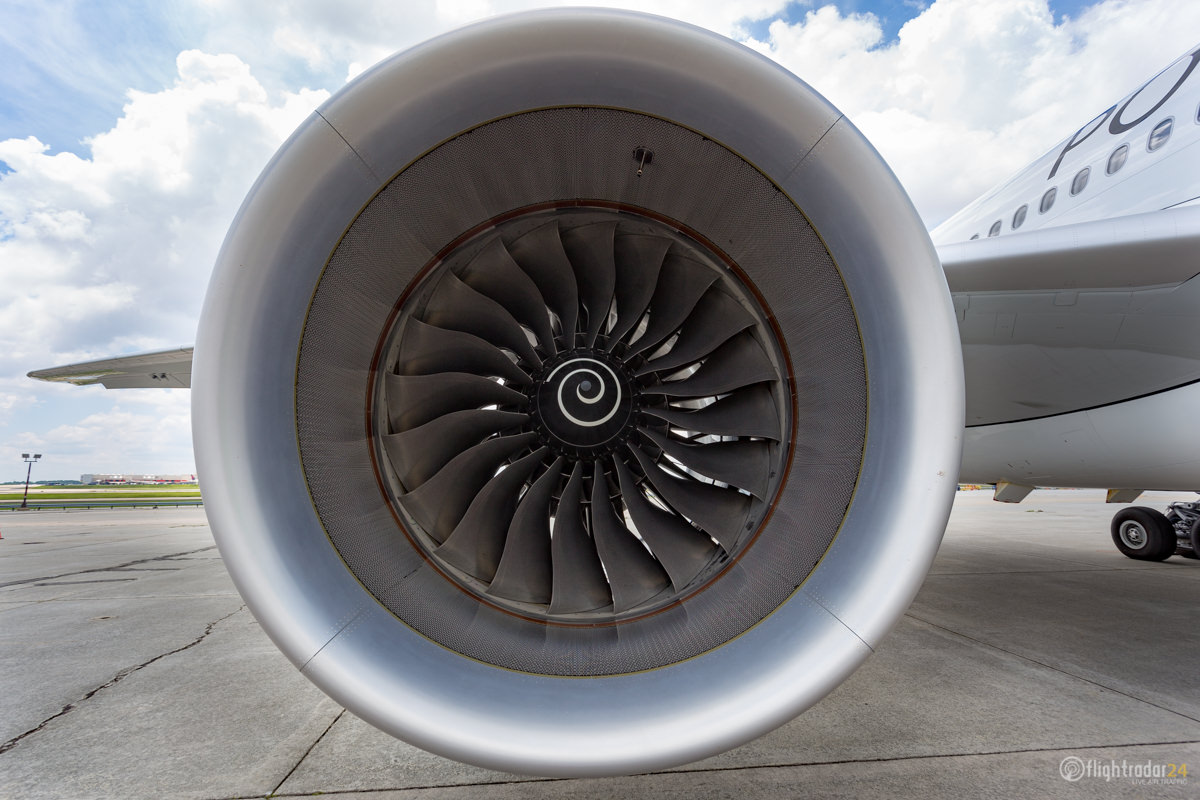 Airbus has also elongated the wing and added a new sharklet, increasing the wing length by 4 meters. The overwing body fairing, flap fairings, and slat 1 have been redesigned as well. The A330neo increases the overall use of composite materials, but maintains a 14% composite composition by weight thanks to the A330neos increased weight. 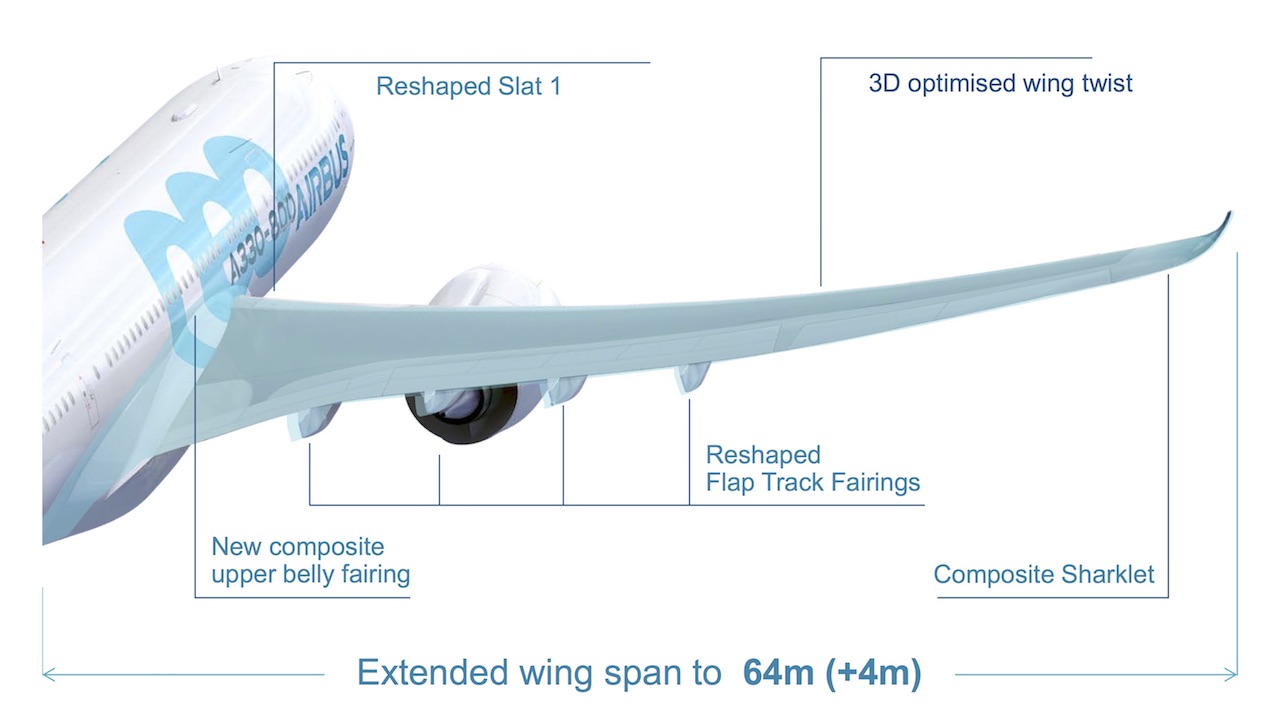 Inside the aircraft, Airbus has introduced the Airspace cabin, which it currently outfits on the A350. The Airspace cabin features larger overhead bins, redesigned lavatory and galley spaces, and other improvements to the cabin architecture. 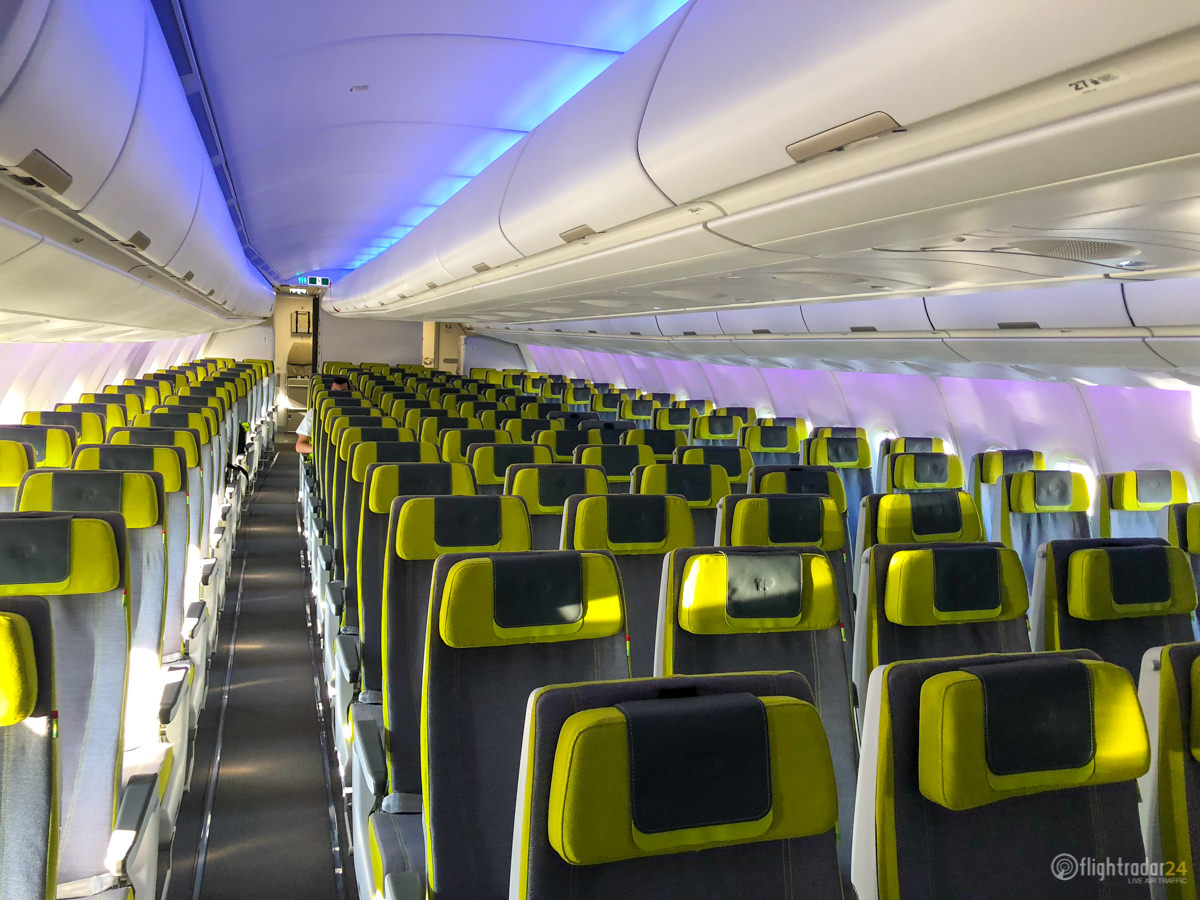 On the flight deck, nothing has changed. Airbus is keeping the A330neo flight deck the same as the current A330 so pilots do not need any additional certifications. Airbus has, however, made improvements to the handling of the aircraft through software enhancements. As Thomas Wilhelm, one of Airbus’ experimental test pilots who has worked on the A330neo program and captained the flight from Chicago to Atlanta, explained, one the improvements is to the aircraft’s roll control, making crosswind landing easier for pilots.

Photo tour of the A330neo

While F-WWKM (MSN 1819) is a production aircraft and equipped with a full cabin interior, this was still a test flight, so in place of 12 seats in the mid cabin, Airbus has a station for 2 flight test engineers. 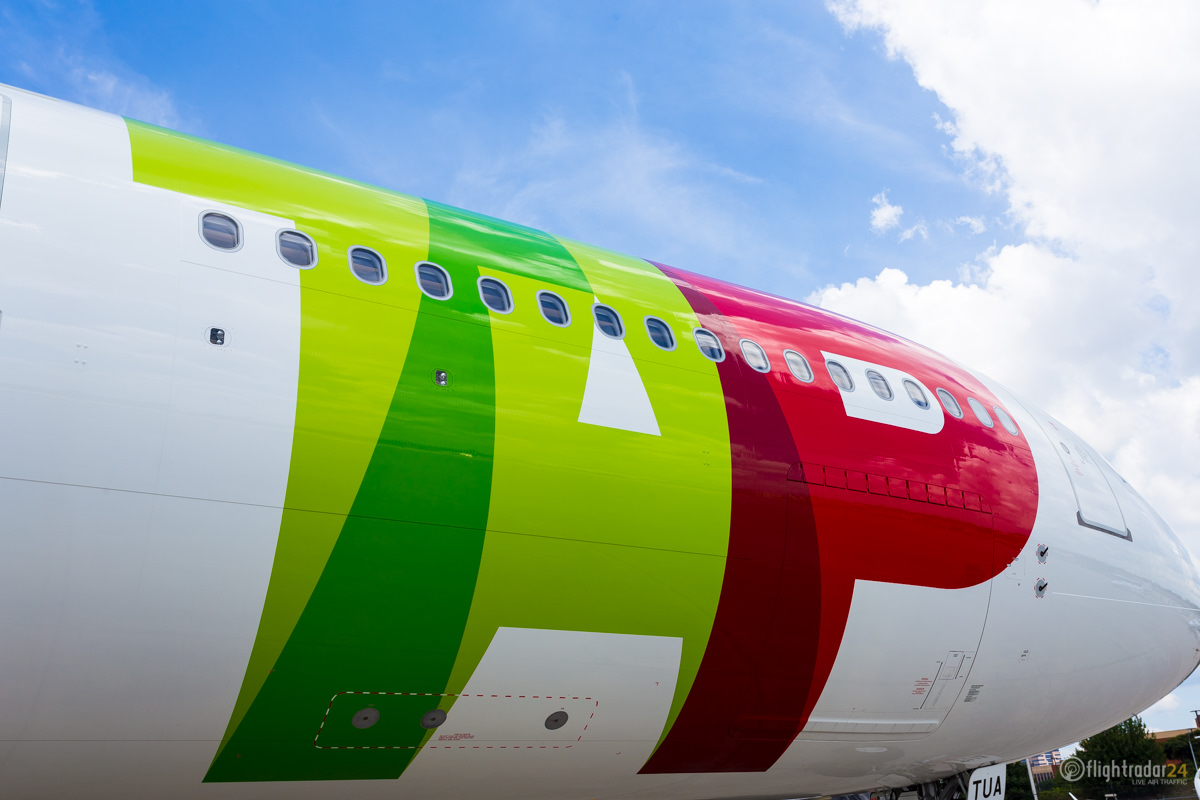 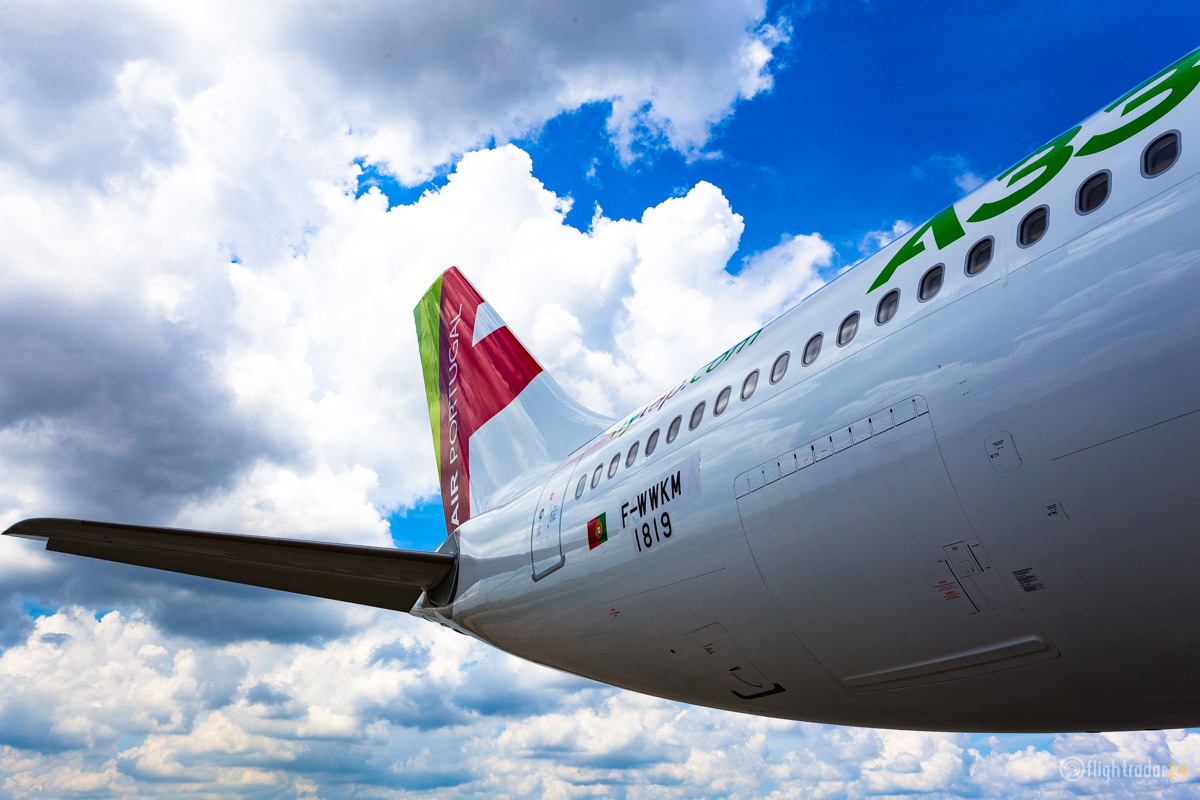 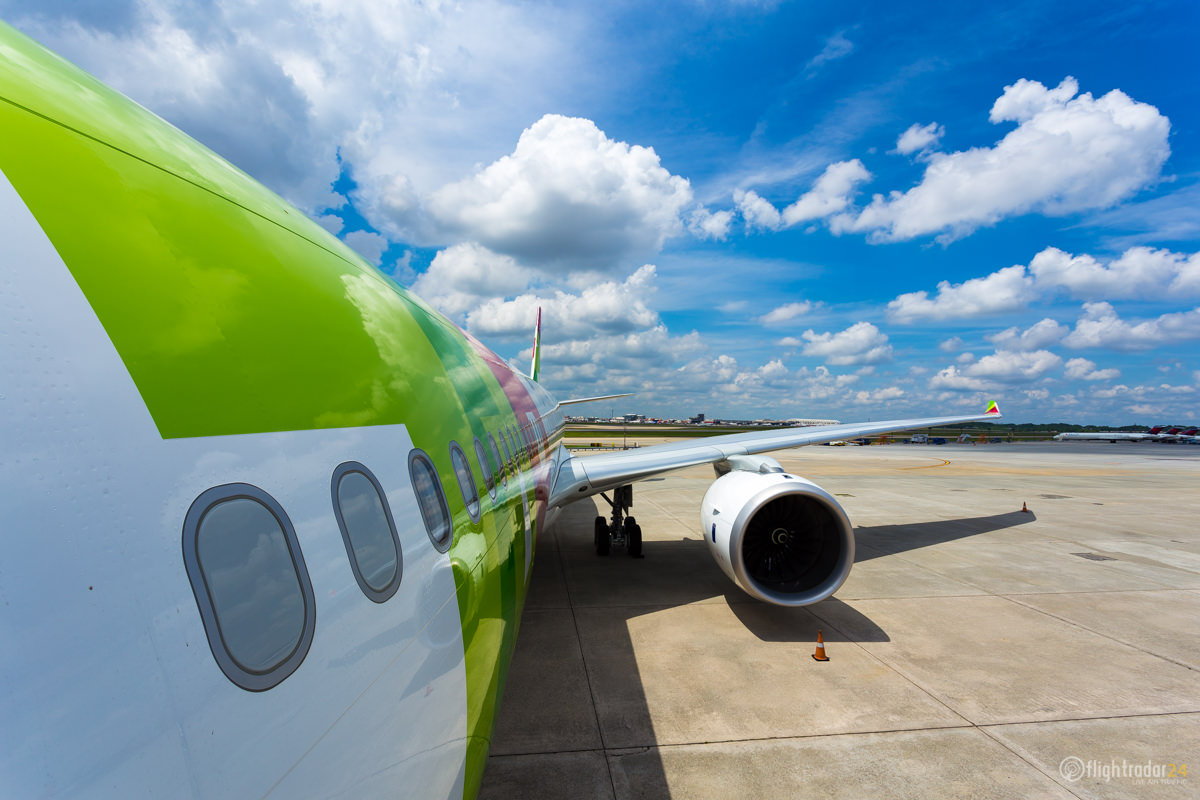 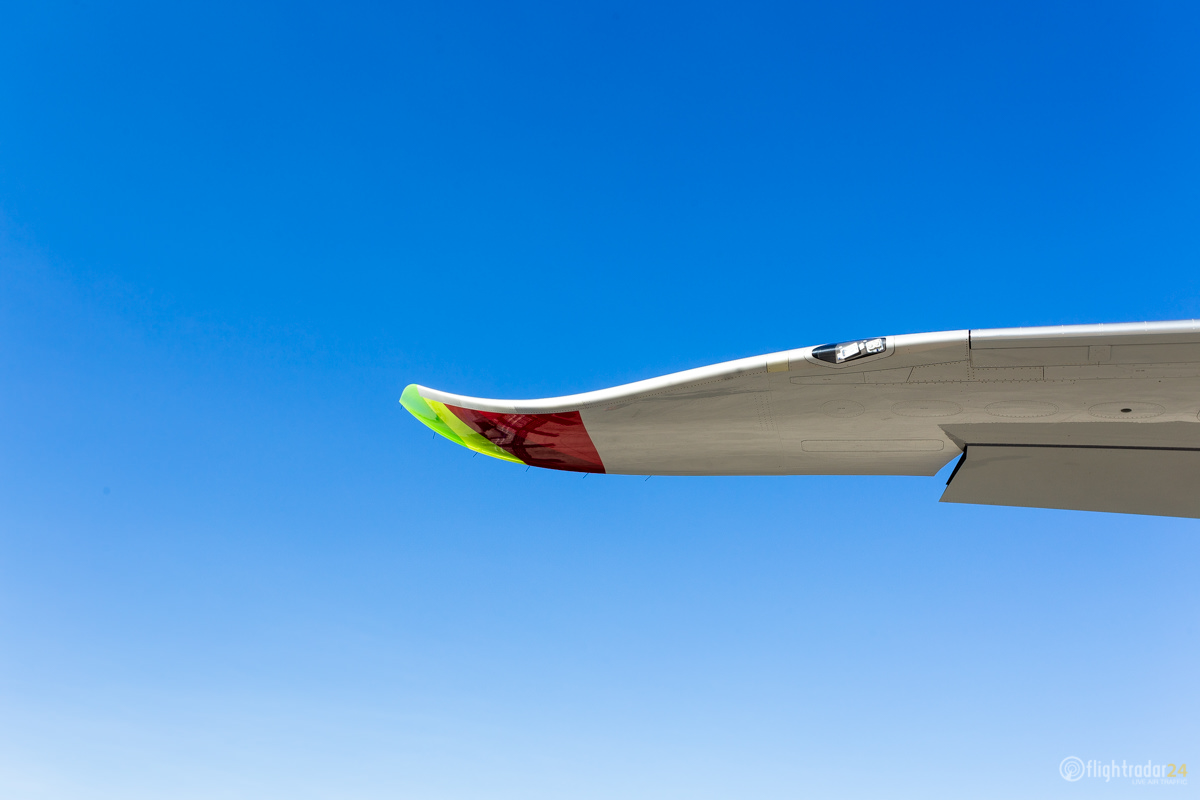 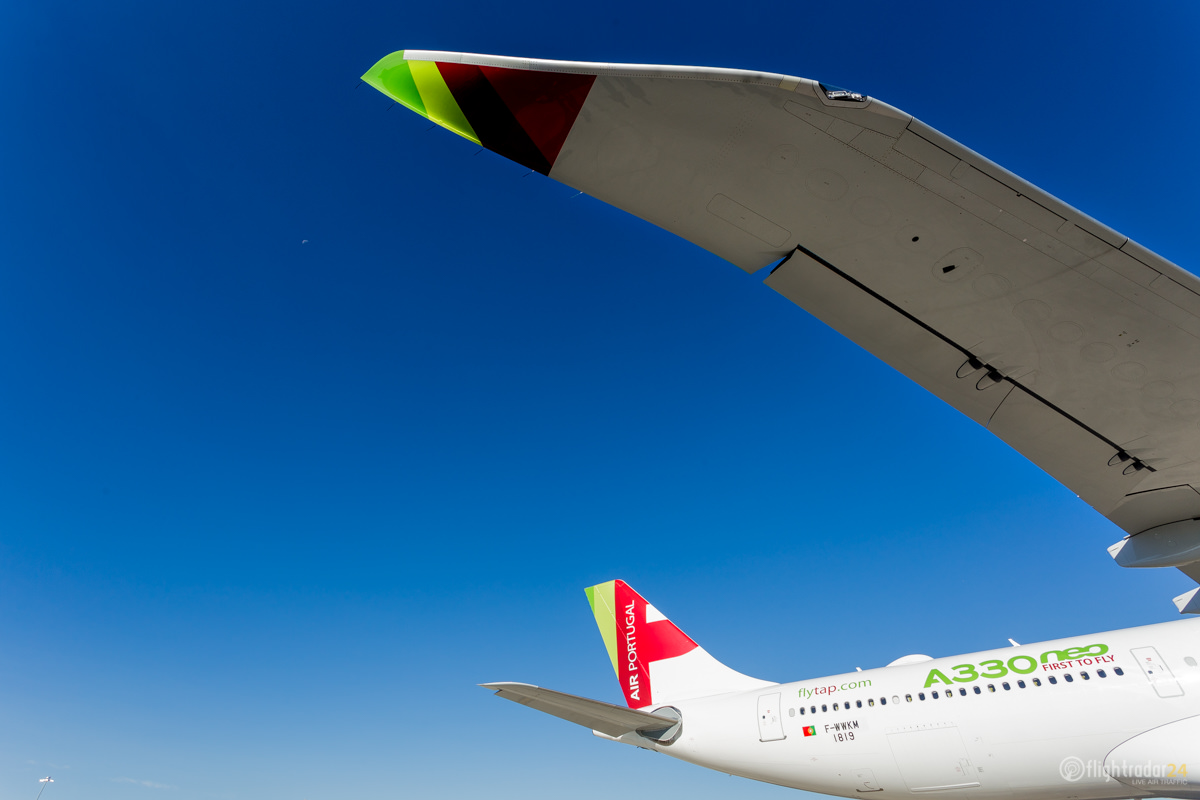 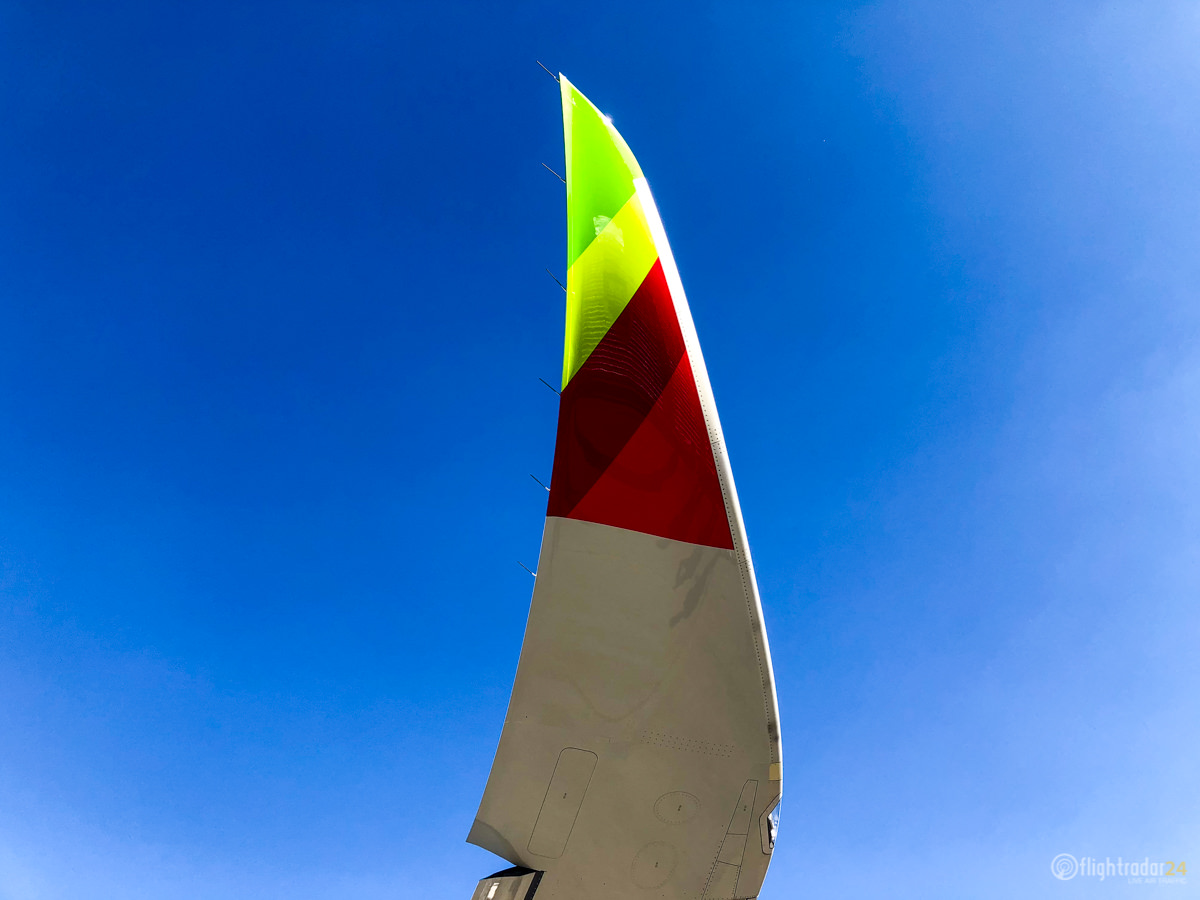 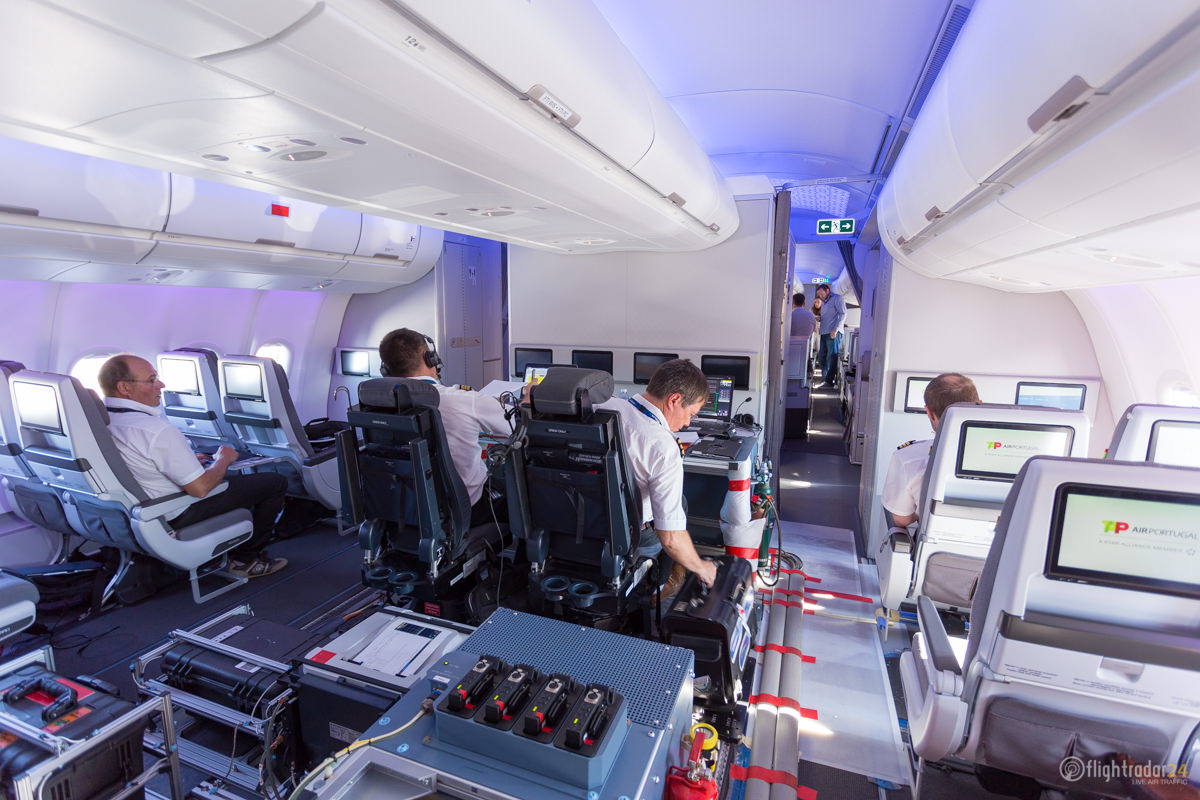 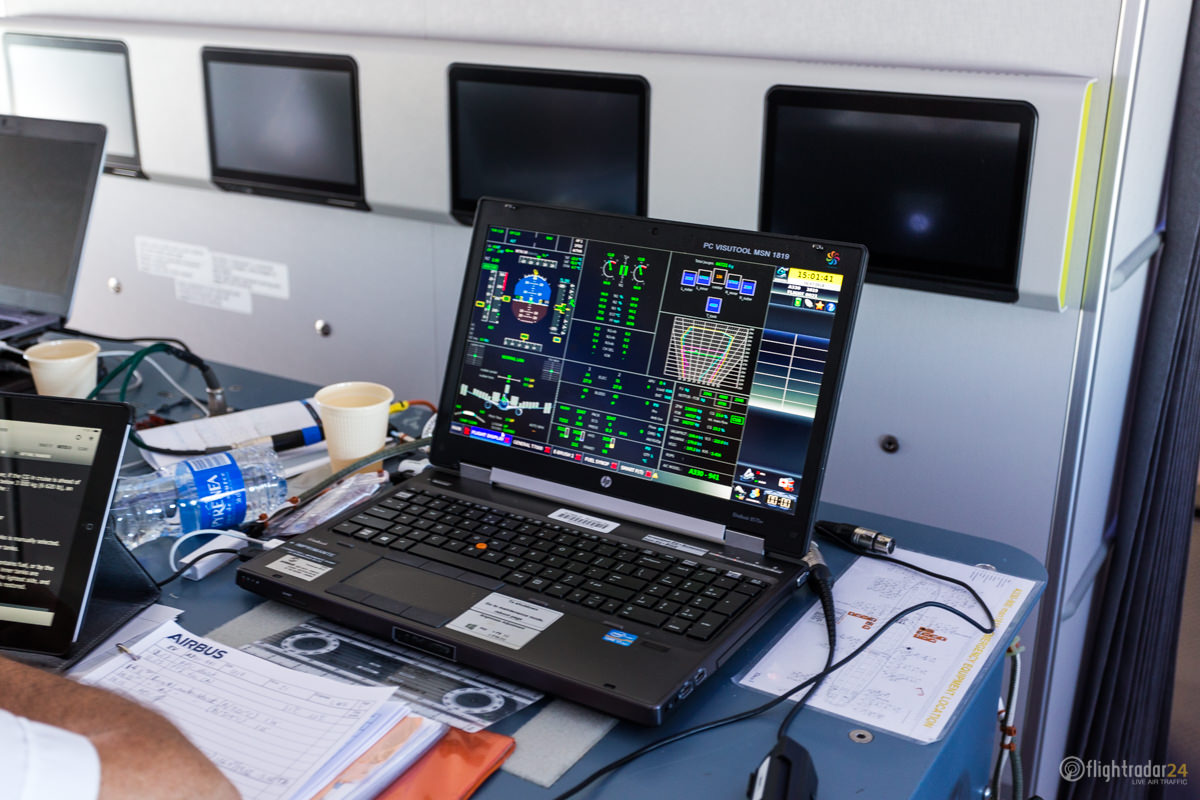 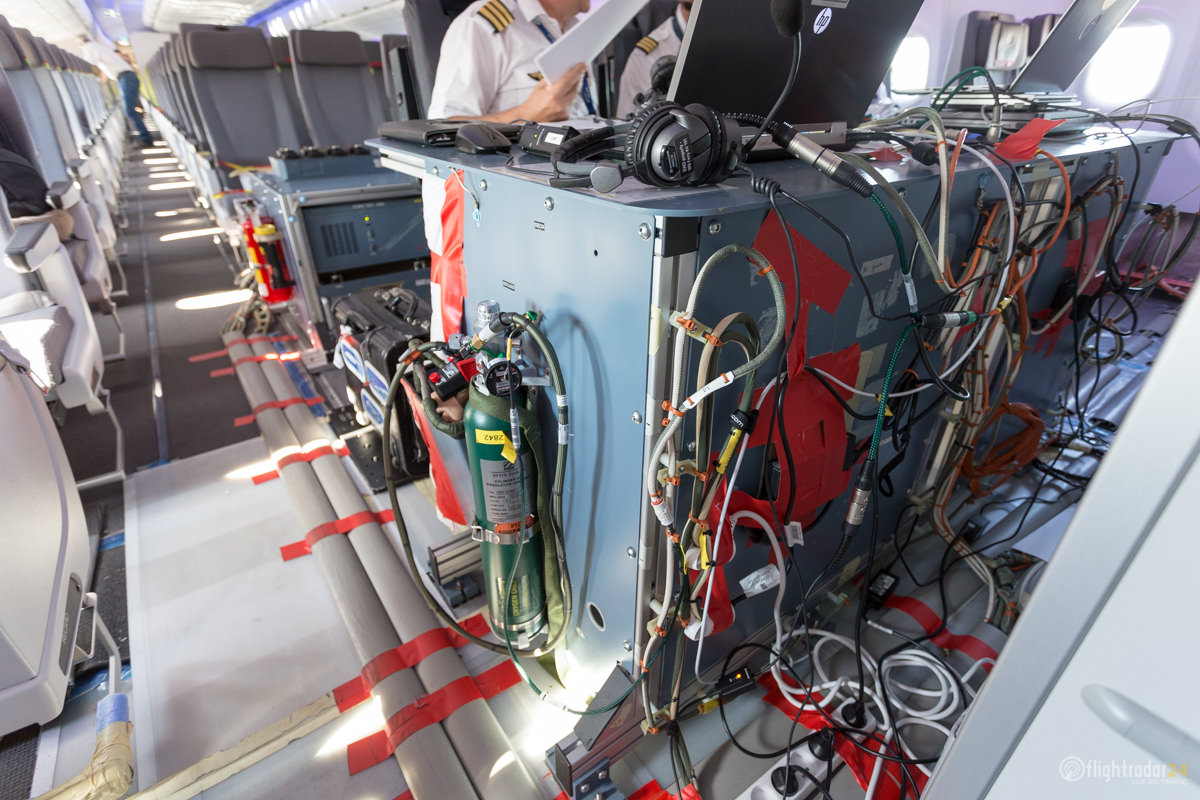 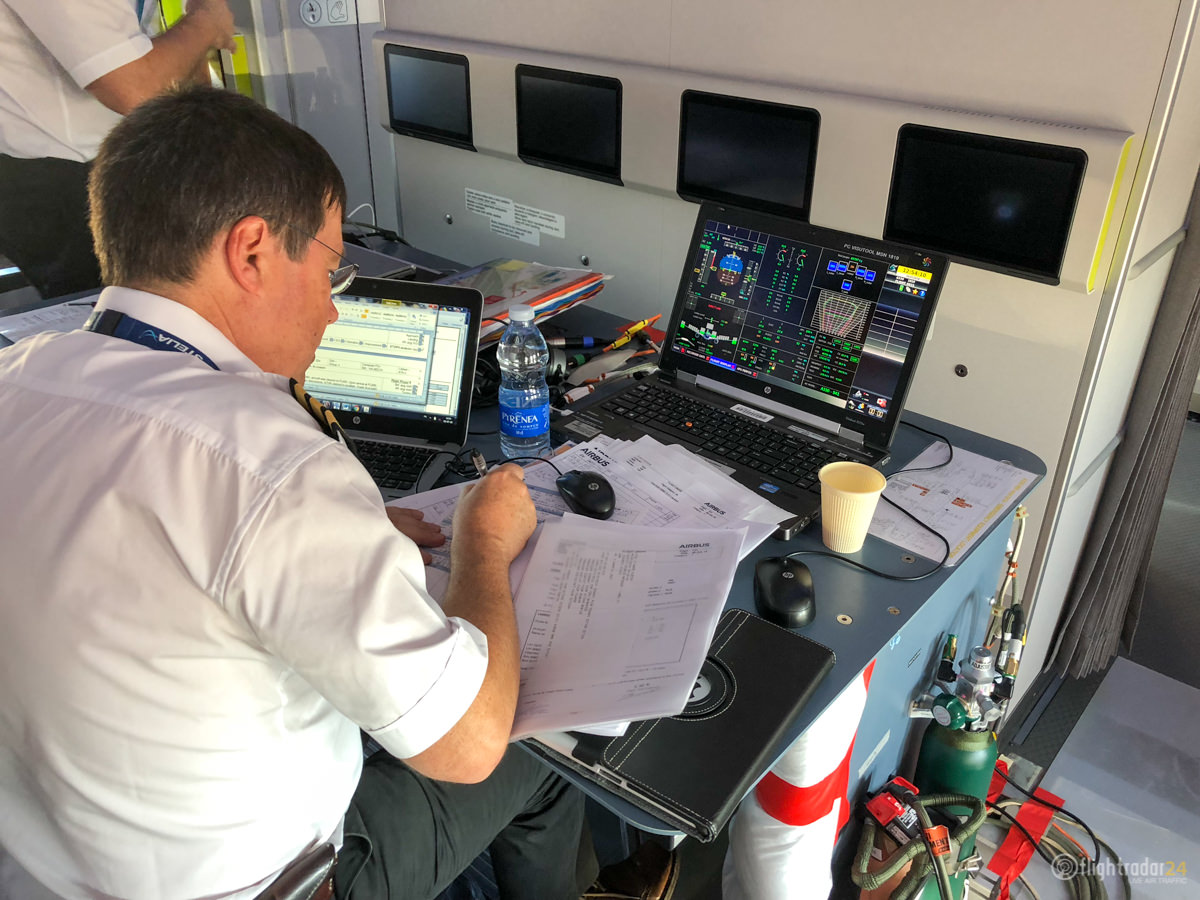 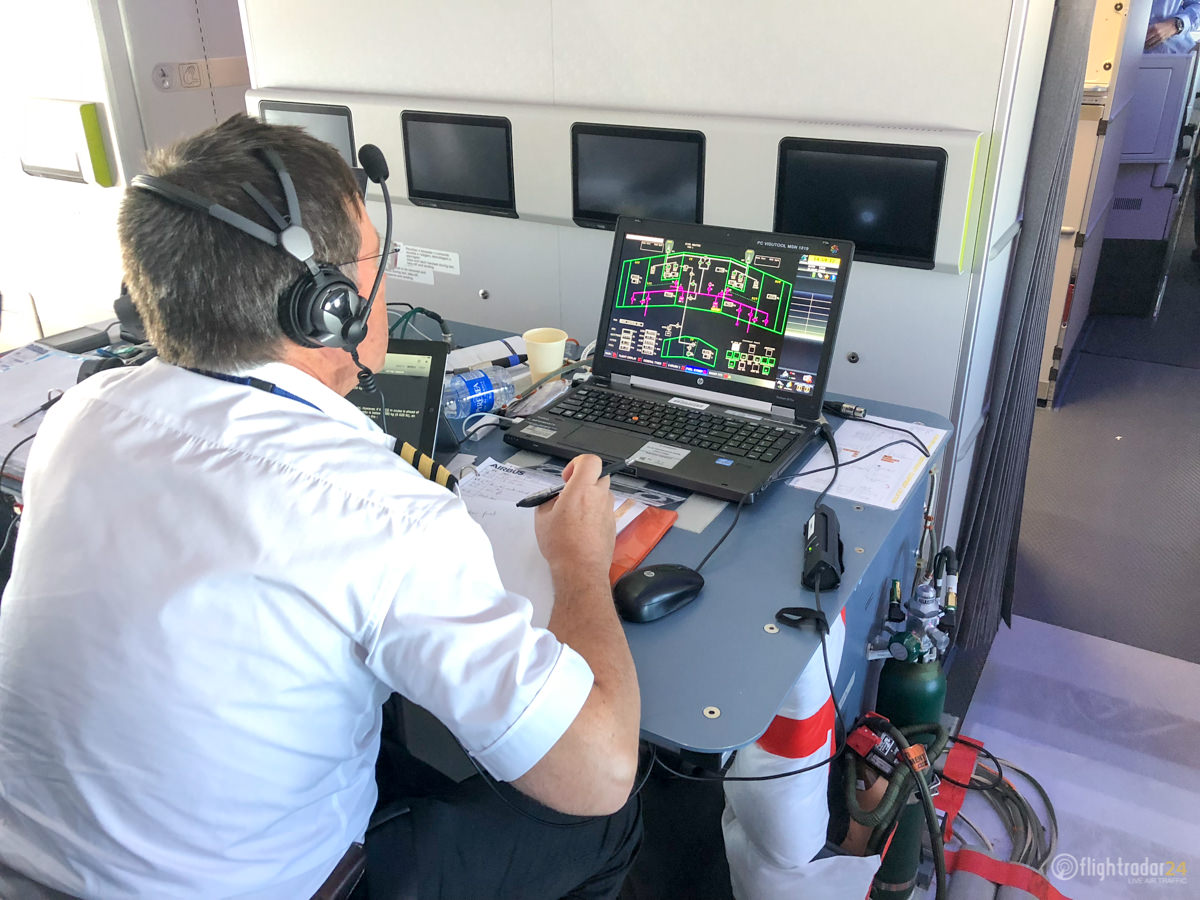 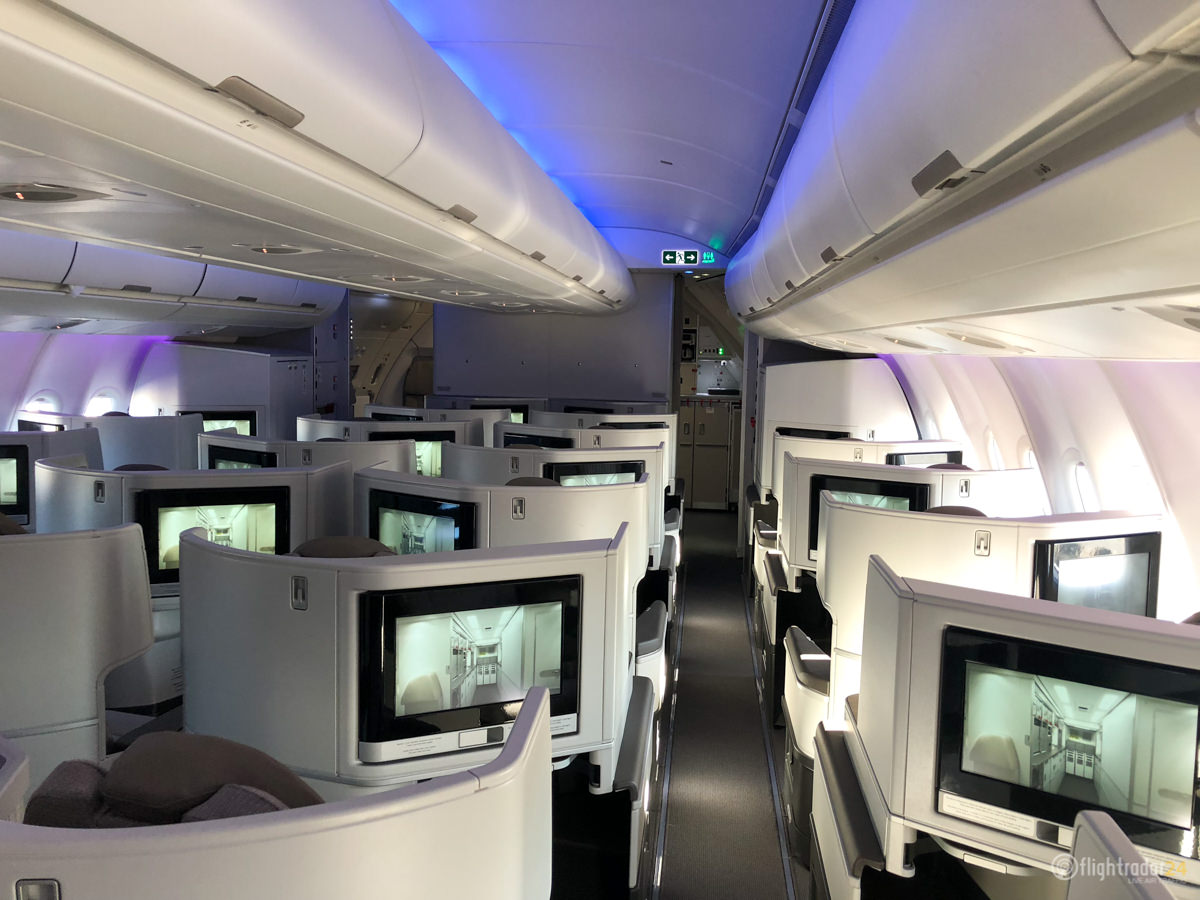 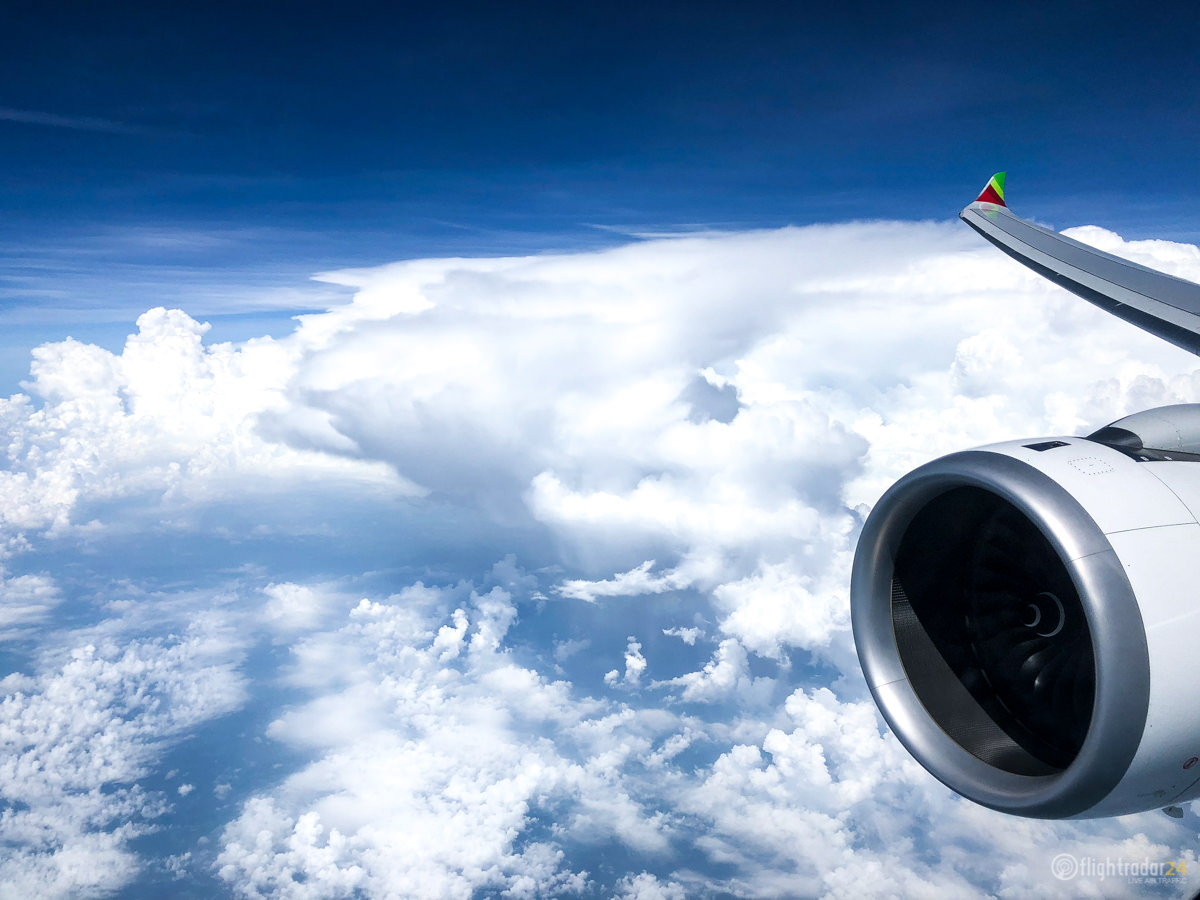 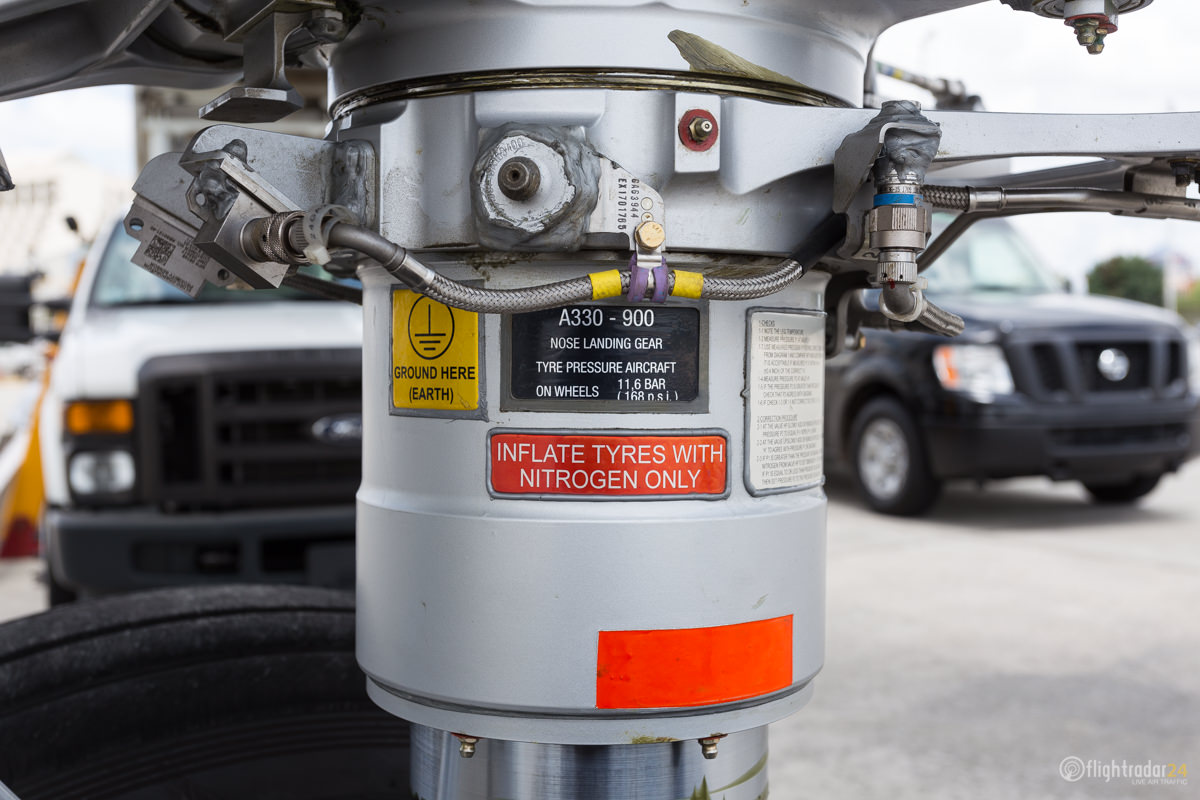 <
►
>
Aboard the A330neo during route proving flights