The ‘Qantas 100’ 787 Dreamliner has rolled out of the paint shop wearing a special livery commemorating Qantas’ upcoming centenary. VH-ZNJ ‘Longreach’, the airline’s 10th 787, features a celebratory ‘Qantas 100’ imprint and each Qantas logo since the airline’s founding in 1920 as Queensland and Northern Territories Aerial Services.

Now that it’s out of the paint hangar VH-ZNJ will undergo test flights with Boeing before delivery to Qantas in November. After delivery, Qantas will bring the aircraft to London in preparation for its second Project Sunrise test flight to Sydney. 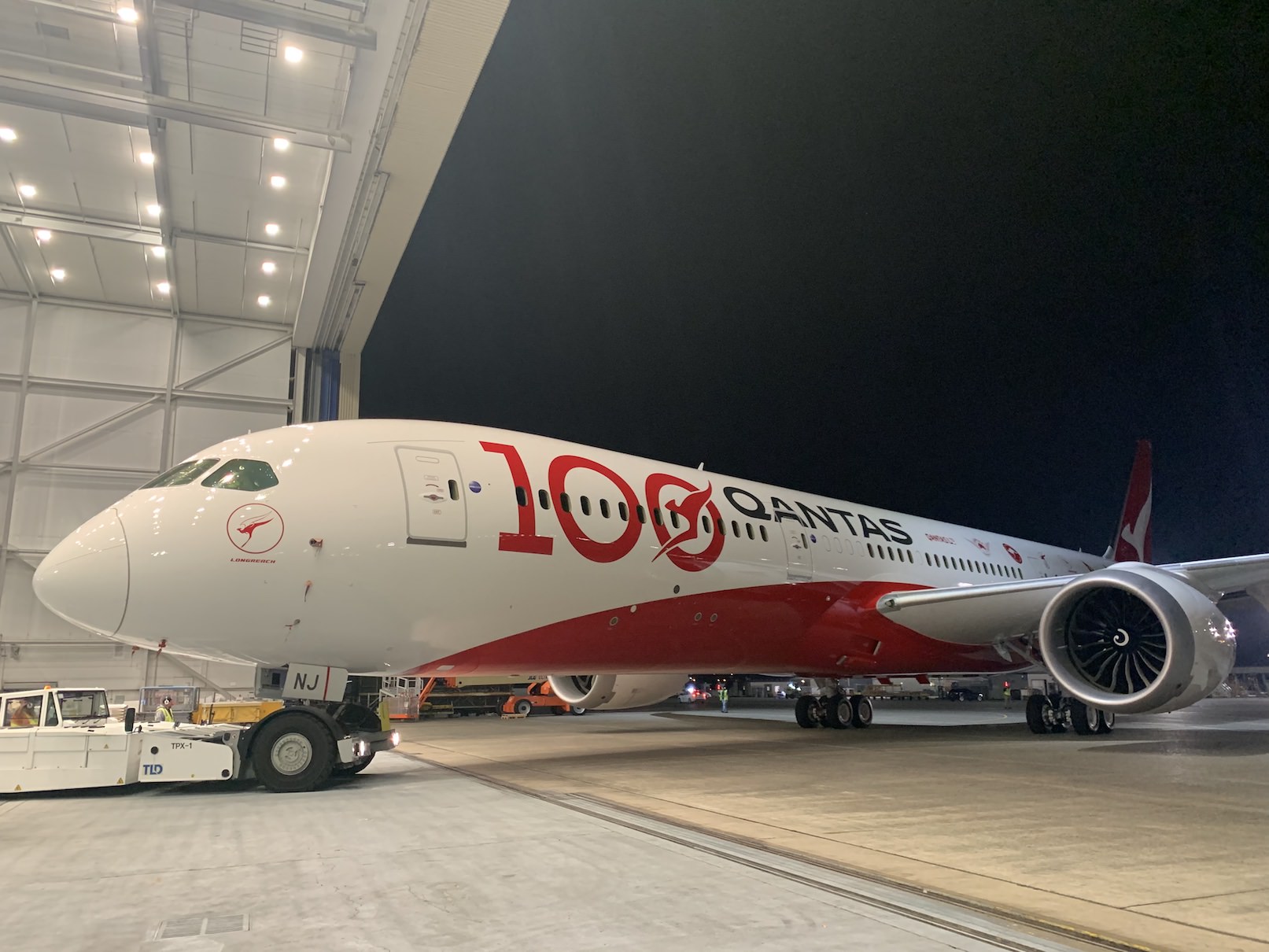 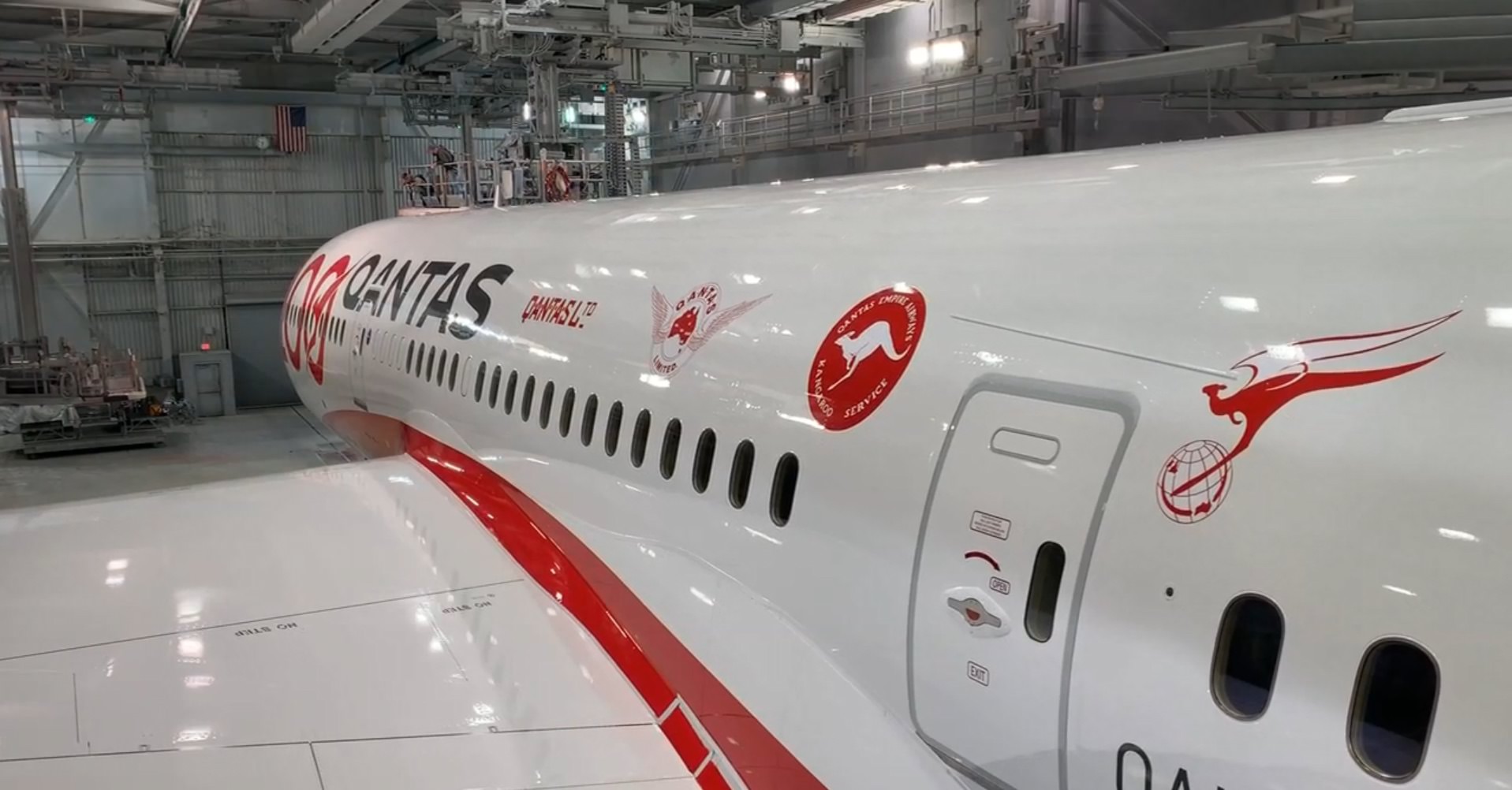 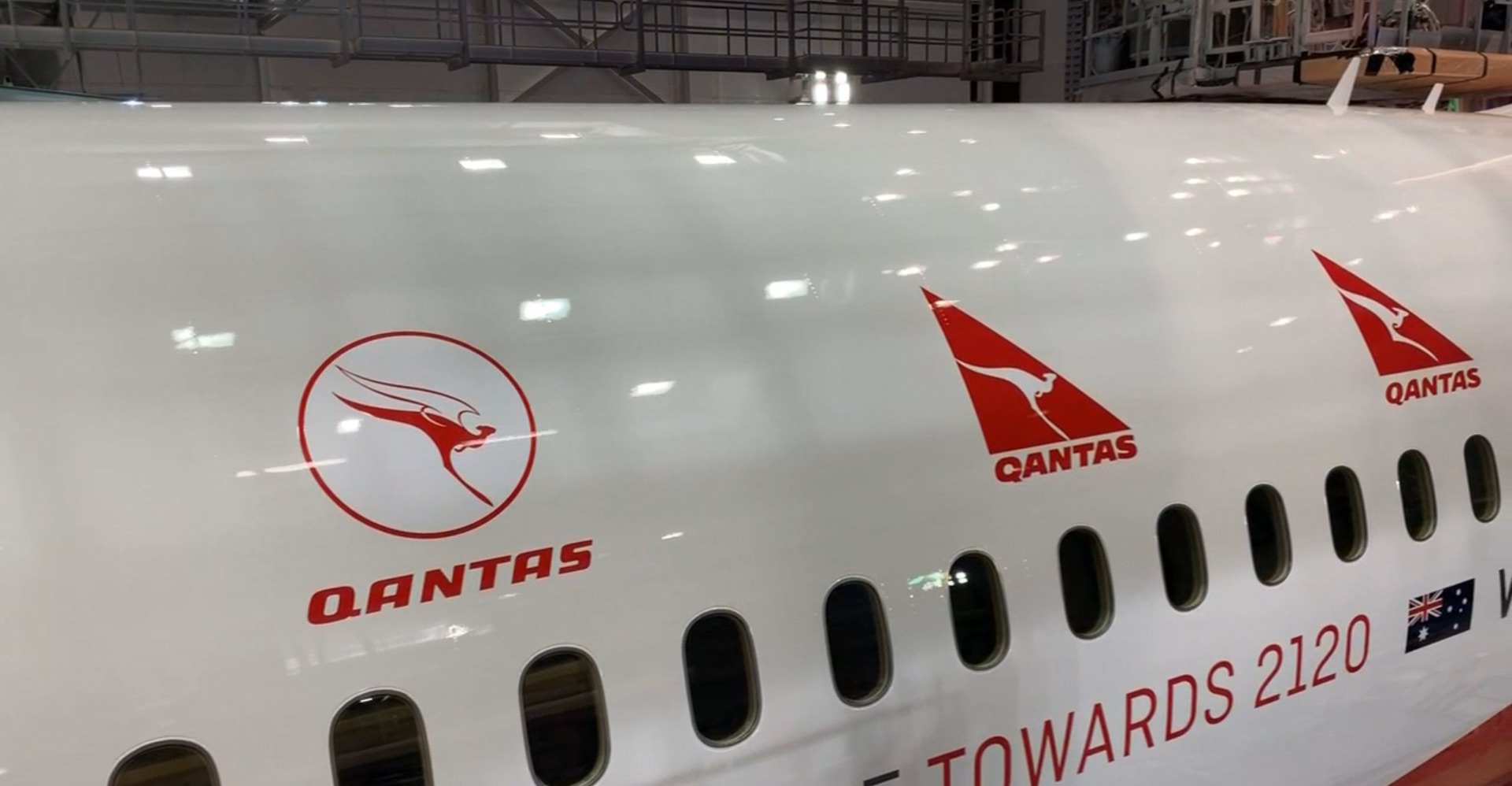 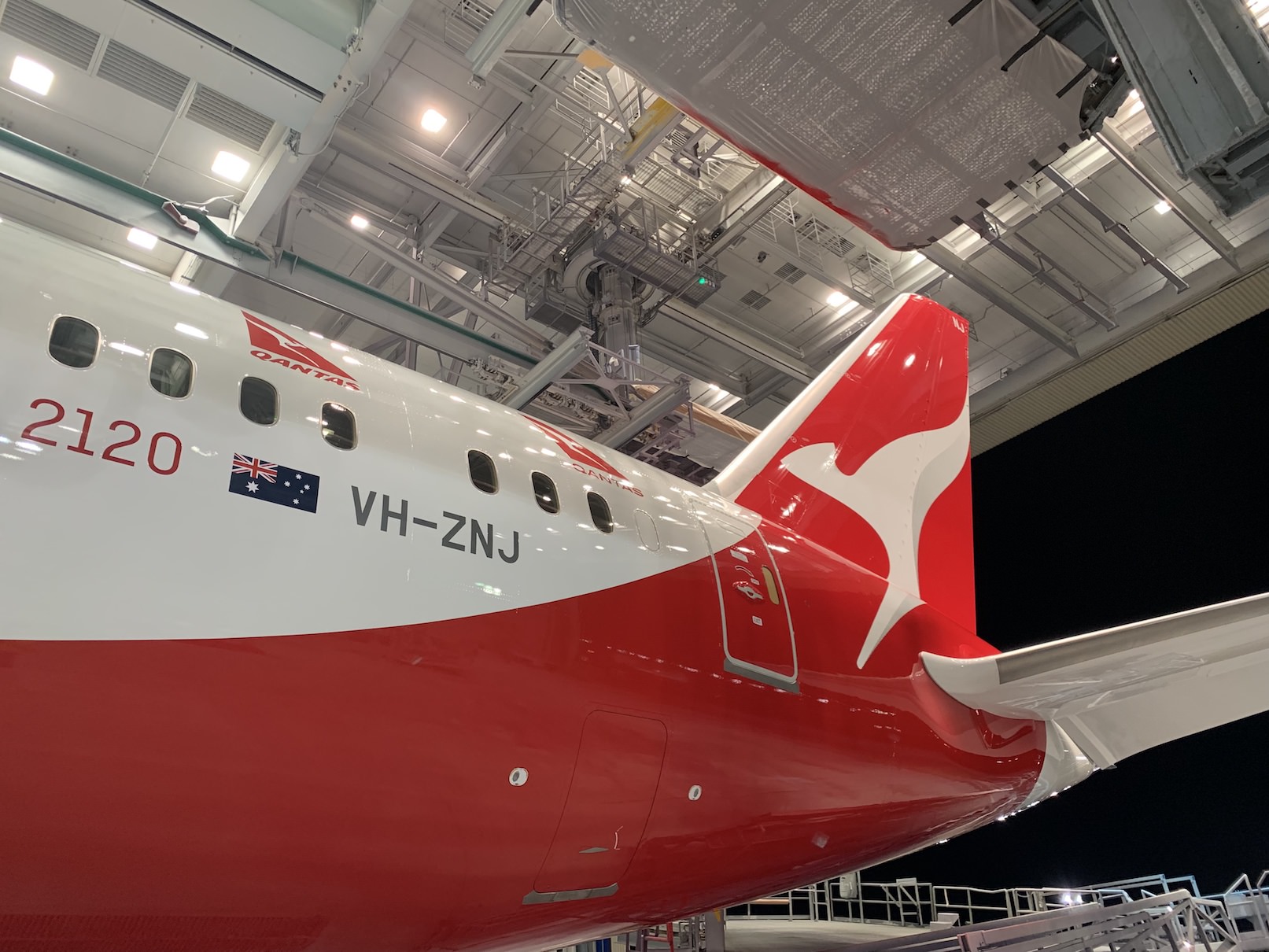 Evolution of the Qantas logo

The kangaroo made its first appearance in the 1944 version of the logo and has continued to evolve into the current streamlined kangaroo tail introduced in 2016.