Qantas will operate three ‘Project Sunrise’ research flights in October, November, and December 2019 to ‘gather new data about inflight passenger and crew health and well-being’. These flights come ahead of a decision by Qantas on which Airbus or Boeing aircraft to choose for the New York to Sydney and London to Sydney routes.Qantas is expected to choose from special versions of the Airbus A350 or Boeing 777X for what will be the longest flights in the world.

Update: Qantas has chosen a modified version of the Airbus A350-1000 as its preferred aircraft for Project Sunrise flights. Airbus will add an additional fuel tank and slightly increase the maximum take off weight of the aircraft. Qantas has not yet placed an order with Airbus, but continues to work with the manufacturer for an order of up to 12 aircraft. Read more. 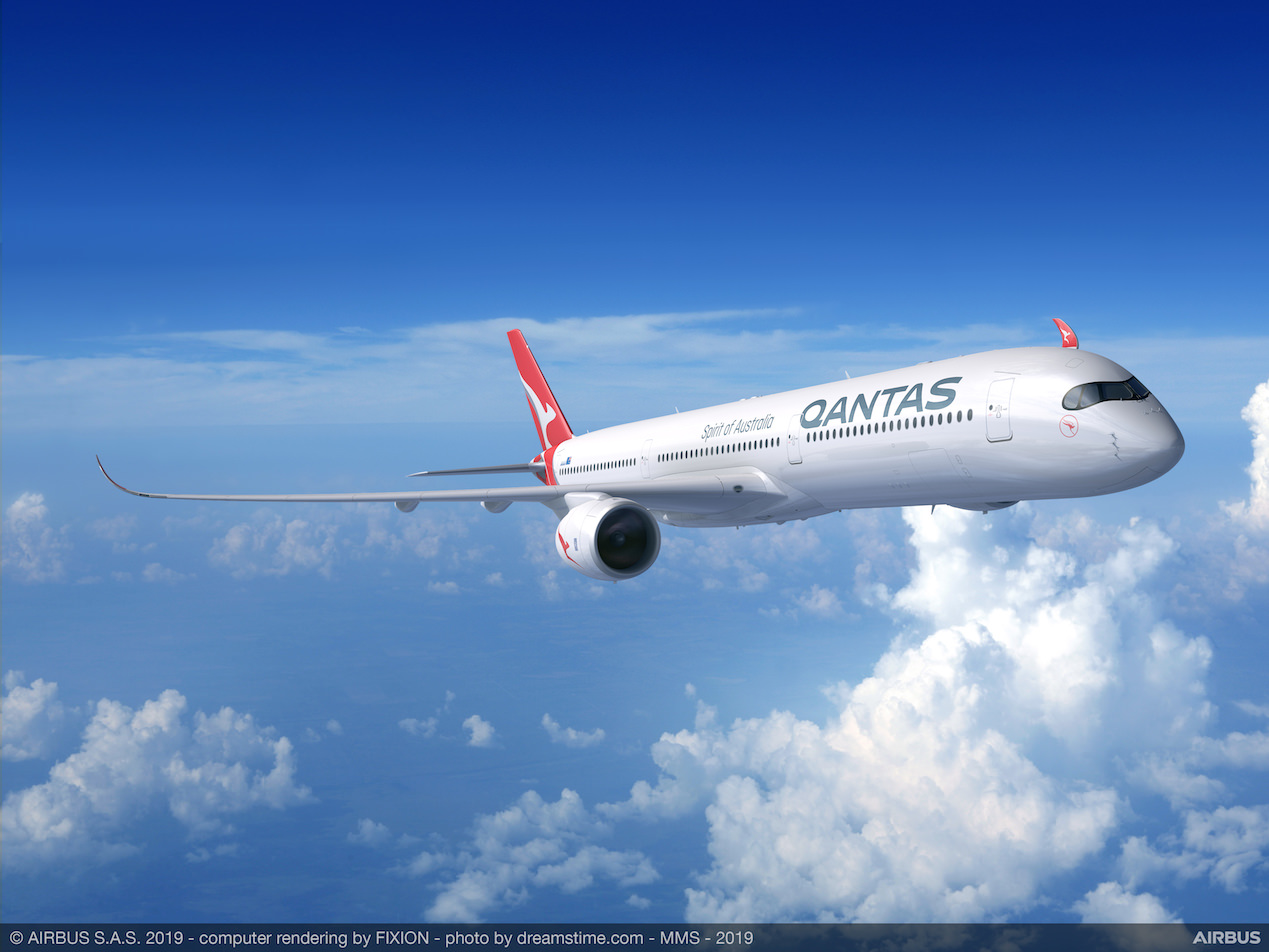 The three research flights will be operated by Boeing 787-9 aircraft delivered to Qantas just prior to each flight. Two of the aircraft will be flown to New York and one to London, where they’ll be fitted with a minimal amount of onboard amenities and a maximum amount of fuel in order to ensure the aircraft have the range to make it to Sydney. Qantas fits its 787-9s with 236 seats, but only 40 people, including the crew, will be onboard for these flights.

The pilots, cabin crew, and passengers will be fitted with wearable testing equipment during the flights. Pilots will wear an electroencephalogram (EEG) device to measure brainwave activity so that researchers from Monash University can study their alertness to develop pilot rest patterns for future flights. Researchers will also measure crew melatonin levels before, during, and after the flights.

In the cabin, passengers will also have wearable technology and take part in various experiences throughout the flight to help scientists and medical experts from the Charles Perkins Centre understand how ultra-long haul flying affects passenger health and well-being.

How can I track ‘Project Sunrise’ flights?

We will update the table below as details about each flight become available and they’ll all be trackable in the window below. Each aircraft will begin at Boeing’s factory in Seattle and fly to the starting point of the research flight either in New York or London.

Departing 18 October at 21:00 EDT (01:00 UTC) from New York, QF7879 will arrive in Sydney on 20 October at 07:10 AEDT (20:00 UTC). Here’s the planned routing for QF7879, which will pass over Columbus, Indianapolis, and Kansas City, leaving the coastline just north of Santa Barbara. The flight will then head across the Pacific passing around 200 miles south of Hawaii before passing 400 miles to the north of Fiji. The final part of the journey will fly over the islands of Vanuatu and New Caledonia before arrival Sydney.

Departing 14 November at 06:00 UTC from London, QF7879 will arrive in Sydney on 15 November 11:45 AEDT (00:45 UTC). The flight will depart east through the Netherlands, Germany, Poland, Belarus, and Russia before making its southward turn in Kazakhstan. From there, the flight will navigate Chinese airspace and fly south toward Sydney tracking west of the Philippines. 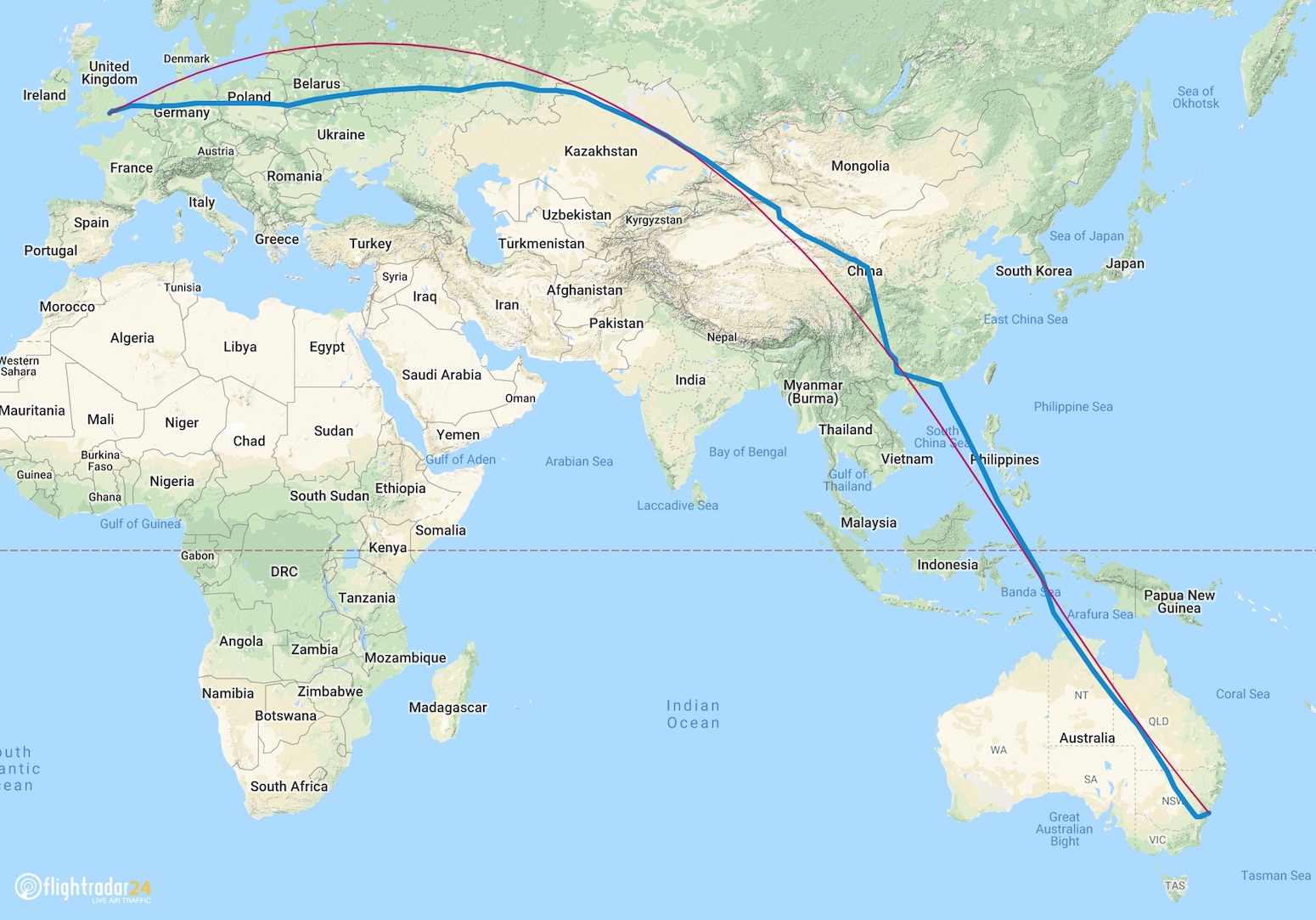 The final test flight will operate on 16 December from New York to Sydney. The planned route for the final flight takes the QF7879 further to the north than the previous flight as a line of strong storms stretches from New York to New Orleans.

Can I purchase a ticket on these flights?

Sadly, no. Qantas says that a majority of the people on board all three flights will be Qantas employees and that no tickets will be sold.

When will regular flights begin?

You’ll likely need to wait a few more years before flying non-stop between New York or London and Sydney. Qantas says it will make a decision on the viability of ‘Project Sunrise’ by the end of 2019. In addition to the research into passenger comfort, the launch of flights from New York and London are also dependent on aircraft economics, regulatory approvals, and special agreements with Qantas pilots and flight attendants for revised work rules.