After a long shutdown due to COVID-19, things have started to heat up at Abu Dhabi International Airport – and not just in terms of soaring Gulf temperatures. In fact just as Etihad Airways works to build back up its hobbled international network, the United Arab Emirates capital is also shaping up to be the site of a battle for low-cost airline supremacy. Considering the coronavirus pandemic is far from over, it should be an interesting few months ahead.

Scheduled flights were halted to and from Abu Dhabi (AUH) in late March, and it wasn’t until early June that the United Arab Emirates decided to allow a limited resumption. Etihad Airways (EY) restarted some flights at that time, but strict entry restrictions limited the airline’s options. In July, though, things started to change.

As travel restrictions into Abu Dhabi were further eased, Etihad began adding flights in earnest during the past month, with around 50 cities back in its network as of the time of publishing. And in mid-July, Etihad launched a new Abu Dhabi-based airline in a joint venture with Sharjah-based low cost outfit Air Arabia (G9). The new carrier, Air Arabia Abu Dhabi (3L), is serving two cities in Egypt and plans to add more destinations in the coming weeks. First up in August will be Kabul (KBL) and Dhaka (DAC).

As if that weren’t enough, European ultra low-cost juggernaut Wizz Air (W6) – which has been especially aggressive adding service in Europe and opening new bases in recent months – is gearing up to make a play for the Abu Dhabi market. Wizz Air Abu Dhabi officially announced that it will base two A321neo aircraft there from October 1 and fly to six destinations initially. In the meantime Wizz Air flights are already arriving on certain days of the week from their Budapest base.

Of course, air service at Abu Dhabi is still not anywhere near its pre-COVID-19 peak. But the resumption in activity is notable. With the pandemic ongoing and the flow of people in and out of the UAE far from back to normal, it may seem surprising that so much air service in such a short span of time could be sustainable. It remains to be seen whether the market will have room for two budget carriers and a major flag carrier – but Air Arabia saw it as the right time.

“The low cost air travel that Air Arabia introduced to the Middle East and North Africa region in 2003 has come a long way and demand for this segment of air travel still offers promising growth potential,” said Adel Al Ali, Group Chief Executive Officer at Air Arabia. “While the COVID-19 crisis was unprecedented, we continued with our planning, taking into consideration the new realities. The decision to launch flights from Abu Dhabi during the current challenging times was driven by the strength of the UAE aviation sector and our commitment to its long-term prospects as well as the strength of the global aviation sector and the role it will play in economic recovery.” He says they will work closely with Etihad to ensure their networks are complementary.

Like its neighbor Dubai, Abu Dhabi is associated primarily with high-end and luxury travel. Etihad, with its headline-grabbing offerings like its First Class Apartments and even more luxurious Residence complete with butler, certainly caters to that kind of clientele. But the airline sees serious growth potential on the other side of the market as well.

“There is promising untapped potential in the low-cost carrier market for Abu Dhabi, especially in terms of stimulating inbound tourism and diversifying our market mix,” said Tony Douglas, Group Chief Executive Officer of Etihad Aviation Group. “The current restrictions aside, regional demand for low-cost travel has continued to go from strength to strength, and Air Arabia Abu Dhabi – the capital’s first low-cost carrier – is perfectly positioned to cater to this segment. In 2009, low-cost carriers only had an 8% share of seat capacity to the Middle East, and by 2018 that had grown to 18%. As market conditions begin to return to normal, that share is only going to keep going up.”

“The point of this joint venture is to support the development of Abu Dhabi, and support our business as Etihad Aviation Group, as we look to establish synergies, not compete against each other,” Douglas added. 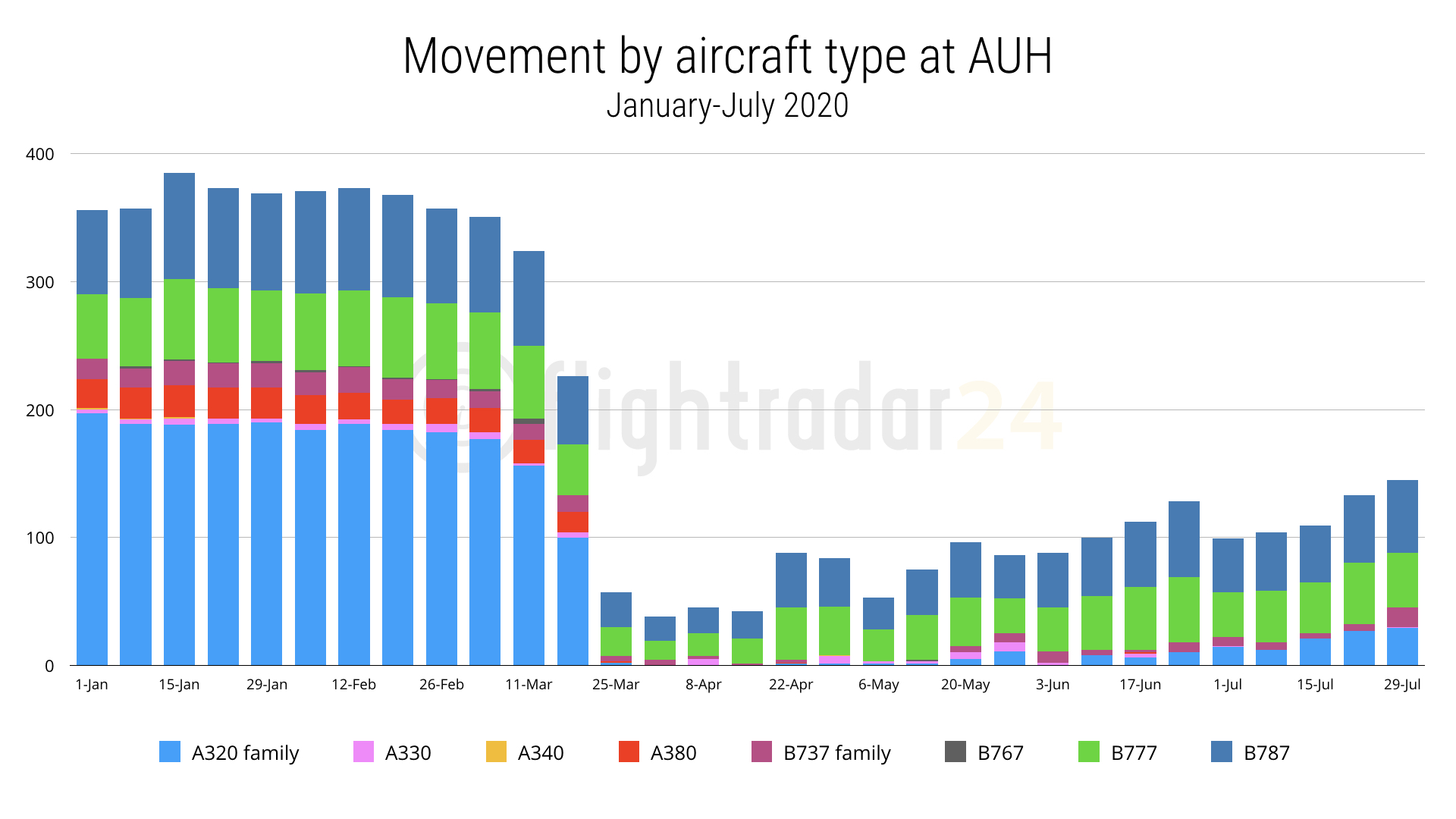 And Wizz Air is certainly bullish. Its chief executive Jozsef Varadi said recently that he can envision having 100 aircraft based there in the future. Traditionally many of those looking for lower fares would have gone a couple of hours up the road to Dubai (DXB) or even Sharjah (SHJ), the original home of Air Arabia – and no doubt Wizz Air and Air Arabia Abu Dhabi are hoping to recapture some of that traffic.

There may be a battle brewing at Abu Dhabi as these new airlines fight for market share in a shaky post-COVID-19 aviation market. But if nothing else this should come as very good news to those in Abu Dhabi and travelers looking to reach the city. At least initially they can expect a wider range of flight options and likely some very low fares too.