Global air traffic rose in July as total and commercial flights both climbed, but trends in the second half of the month show a slowing recovery. Total traffic was 32% below 2019 levels in July, while commercial traffic was down 50% from the previous year.

Total flights were down 32% in July, compared to a year prior. In June total flights tracked were down 42% from their 2019 levels. 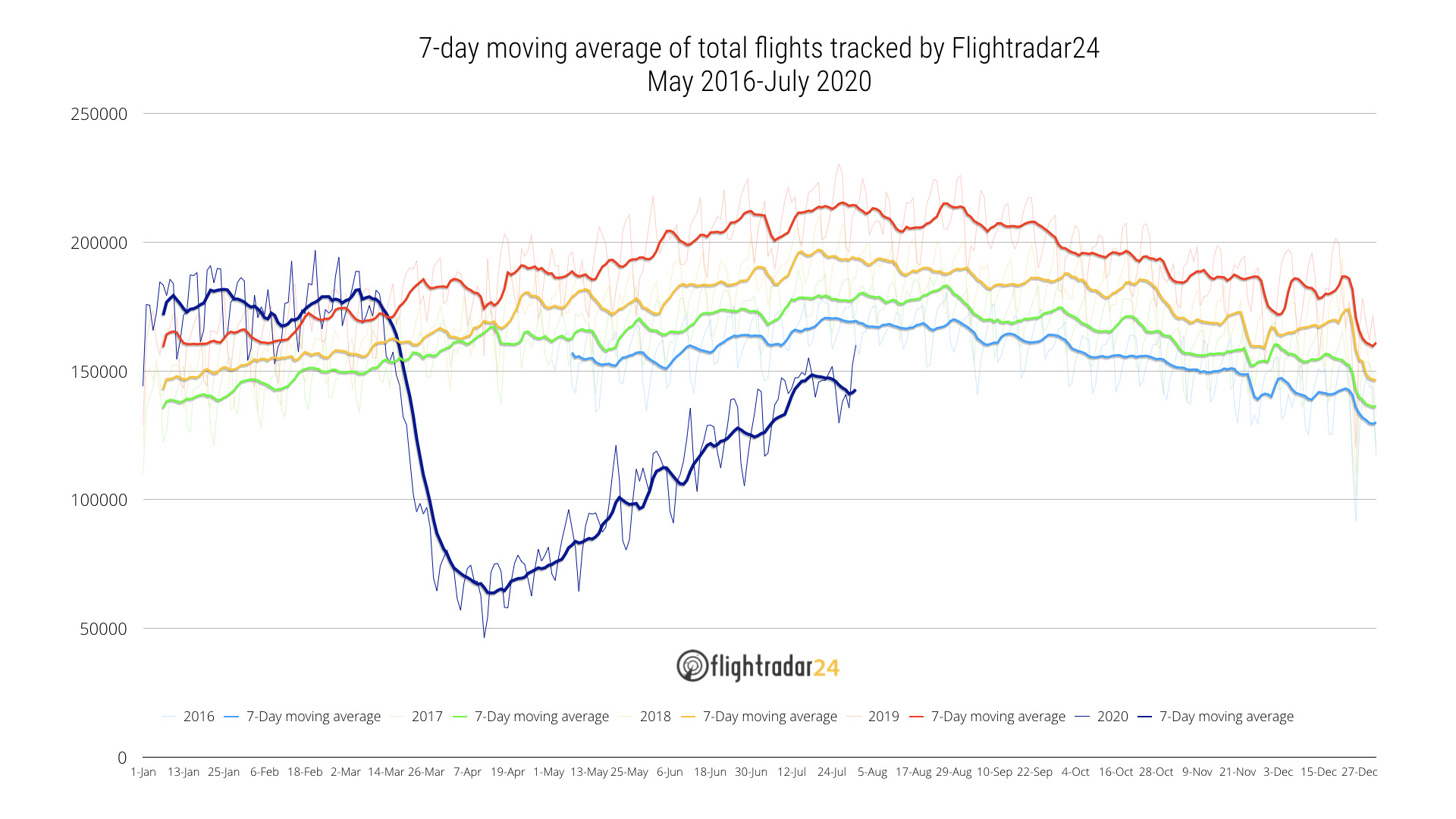 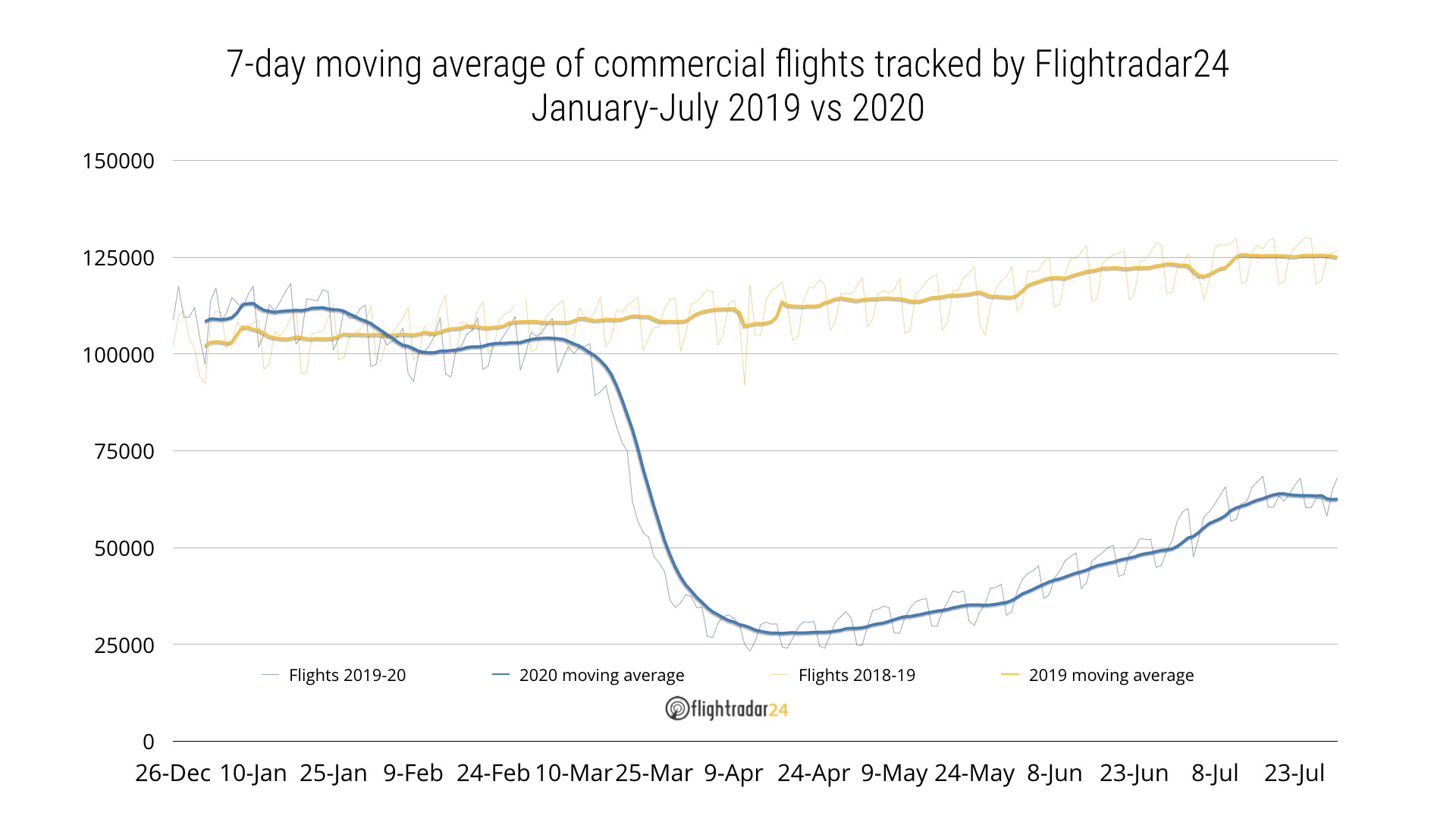