Our Wave Glider Has Reached Its Target Test Area

Our Wave Glider has reached its target area southeast of Jan Mayen and is providing valuable data as we continue to evaluate ways to bring ADS-B coverage to the oceans. The Wave Glider will now remain on station in the target area for a few weeks before making its way back to Norway.

Since launch, the Wave Glider’s ADS-B receivers have tracked hundreds of flights. The numbers we’re most interested in however, are the number of flights where the Wave Gliders receivers provide additional coverage beyond our terrestrial receivers. 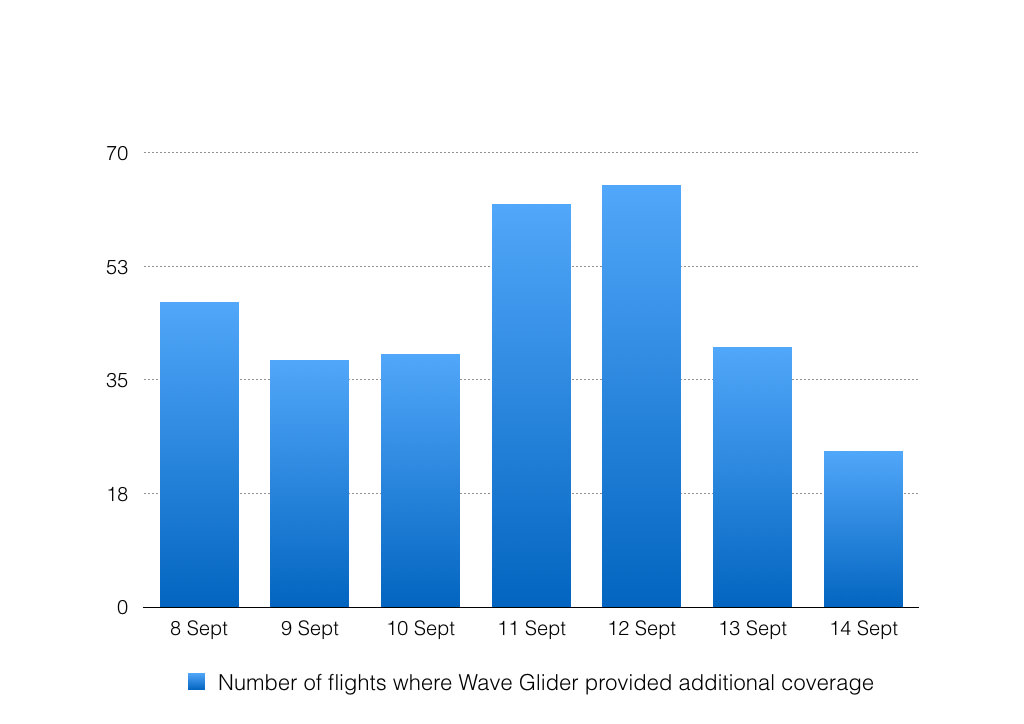 As we move further into the target area and away from our terrestrial receivers, the number of flights tracked is slightly decreasing due to the limited flight paths at this latitude. However, the coverage time for each flight is increasing. Earlier, as the Wave Glider was moving into position, we bridged the coverage gap between Norway and Iceland and as the Wave Glider transits the target area, it will dramatically shrink the gap between Norway and Greenland.

So far, we’ve just called it the Wave Glider, but we want to personalize our first autonomous surface ocean robot. On Monday, we’ll ask you to help choose a name for our Wave Glider from four finalists. Stay tuned to our blog for your chance to help us name our unmanned surface vehicle.