New Flightradar24 Receivers for the Month of November

We activated almost 200 new Flightradar24 receivers in November. We added multiple receivers on 6 continents, including remote areas such as Greenland and the South Pacific. Our biggest increase in coverage came in the United States where we activated over 50 new receivers. We concentrated on areas with previously limited coverage, increasing our coverage in the central, western, and southeastern parts of the country. Many of the new receivers in the United States also increased our MLAT coverage, allowing us to track even more flights.

We added receivers in Canada in areas that will increase coverage of transatlantic and transpacific flights. The two new receivers in Greenland and new receiver in the Faroe Islands will also help with transoceanic coverage. 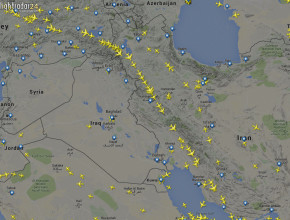 In South America we continued to increase our MLAT coverage in Brazil and expanded our coverage area in Argentina. We also added receivers in Peru, Boliva, Venezuela, Colombia, and French Guiana.

We added over a dozen receivers in Africa this month, increasing our coverage across the continent. New receivers in South Africa also improved our MLAT coverage there.

Finally, the new receivers in Australia added to our coverage area and increased our MLAT coverage along the coast.

Here’s the full map of all receivers activated during the month of November (click to enlarge).

We are always looking for receiver hosts. Especially if you or someone you know lives in a remote location, please apply to host a receiver. All of our receiver hosts get a free Flightradar24 Premium account. If you’re interested, please apply today. If you’d you like more information about our application process, you can read more about it inour blog post.

If you prefer to use your own hardware and have a Raspberry Pi you can now help us increase MLAT coverage as well. Please see our Raspberry Pi feeder page for more information and to begin feeding data today.