Kobe Bryant among those killed in helicopter crash

Multiple media outlets are reporting that Kobe Bryant is among those dead in a S-76 helicopter crash near Calabasas, California, Sunday 26 January. The crash happened before 10 am local time in mountainous terrain. Initial data indicate the aircraft involved is a Sikorsky S-76B registered N72EX.

Update 7 February 2020 — The NTSB has released an aircraft accident investigate update with factual information regarding the crash of N72EX. The report may viewed in its entirety here. 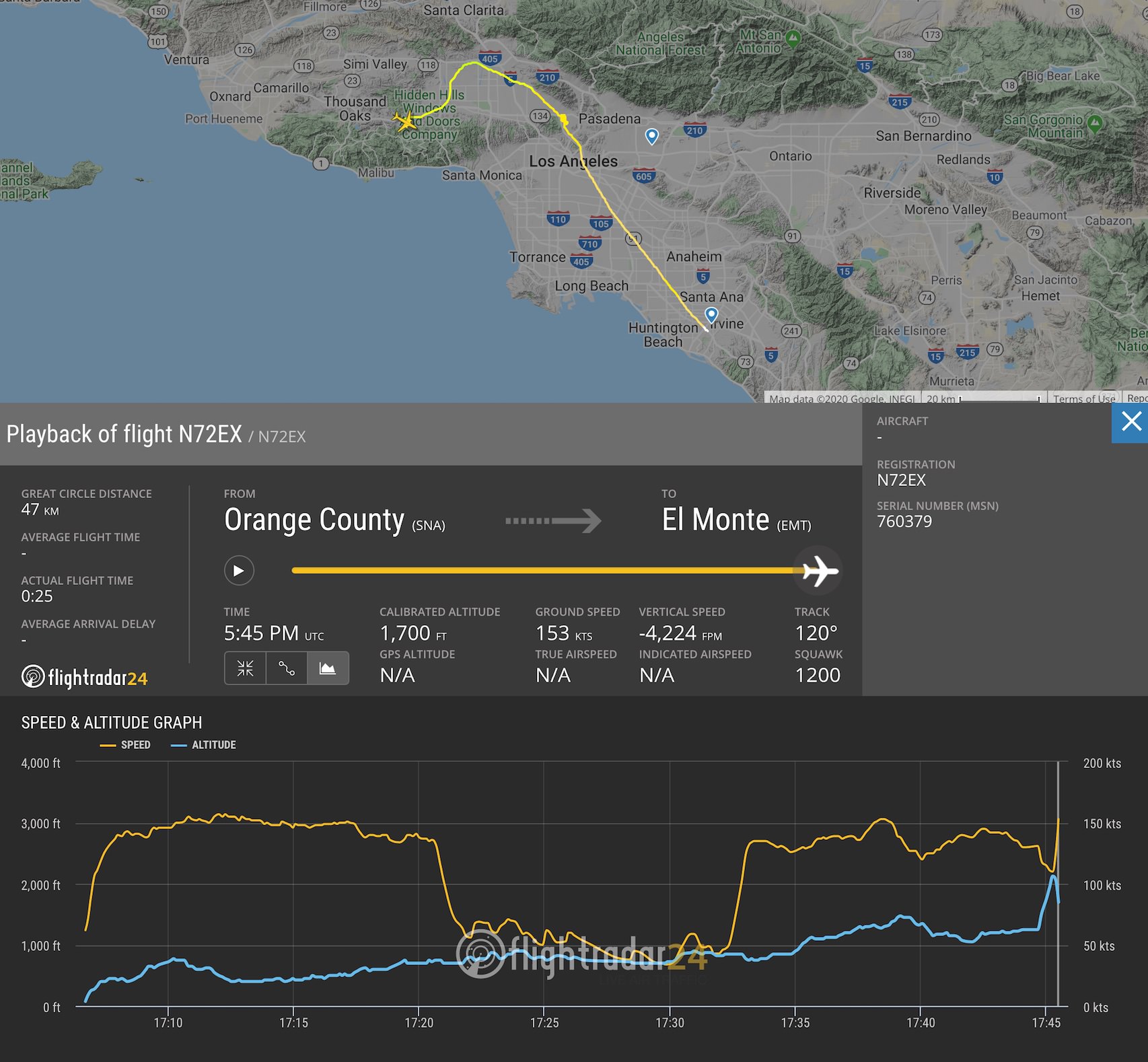 We have extracted granular data (downloadable below) from the flight. The graph below shows altitude, ground speed, and vertical speed for the aircraft for the final minute of flight. 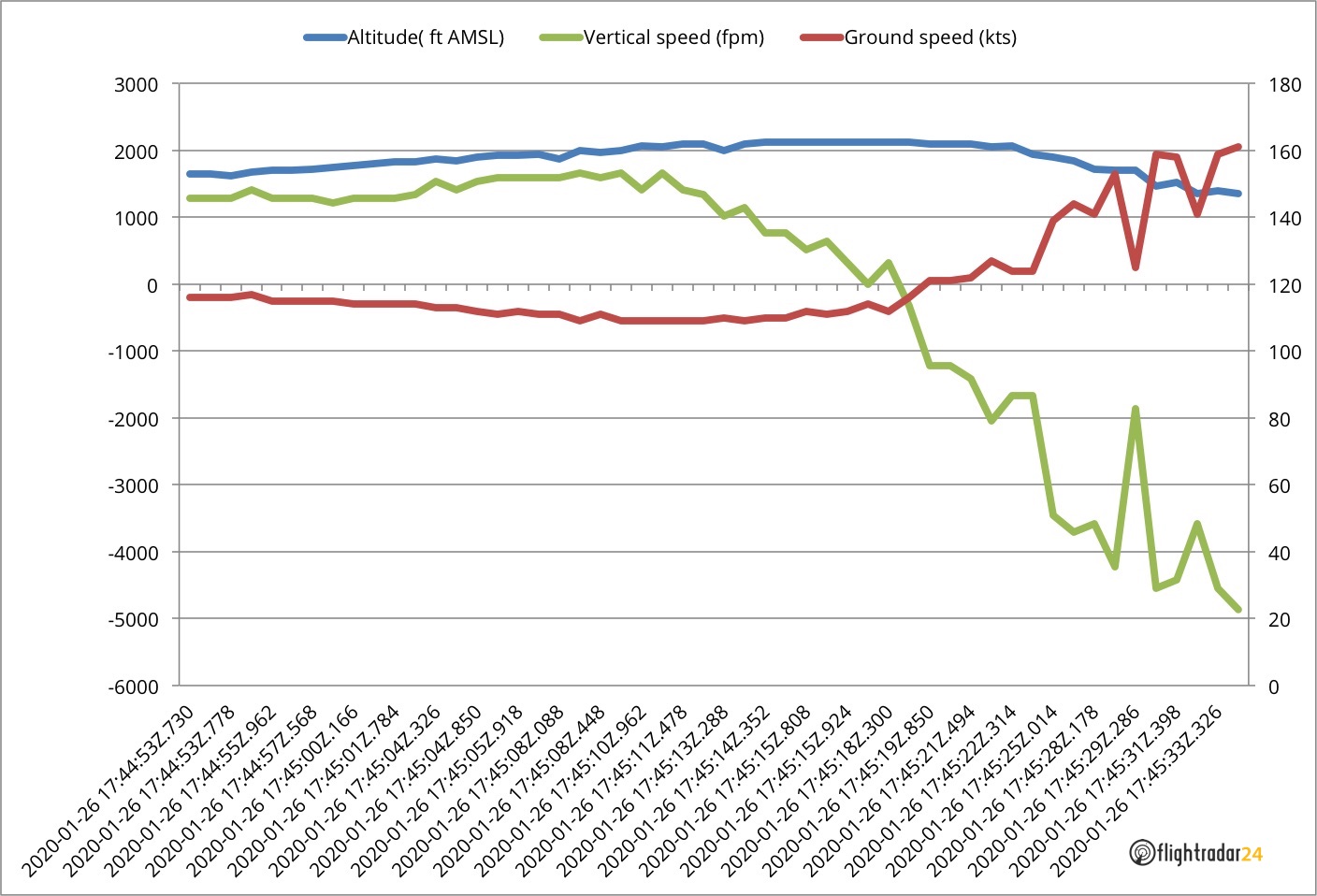 Downloadable data is available in CSV and KML format.