“What’s this plane doing?” is a question we get more than any other. Users will post a screenshot to our Facebook or Twitter pages and wonder why they’re seeing a particular flight path. While we don’t necessarily have specific information for individual flights, there are a few categories under which these flights can be filed.

Whenever a small plane is flying in a pattern of multiple parallel lines, it’s generally conducting some sort of aerial survey. These surveys are used by large online mapping services like Google Maps and Bing or for more specialized purposes like agricultural inspection or real estate development. These flights can usually be spotted by looking for a long straight path followed by a 180 degree turn repeated multiple times. 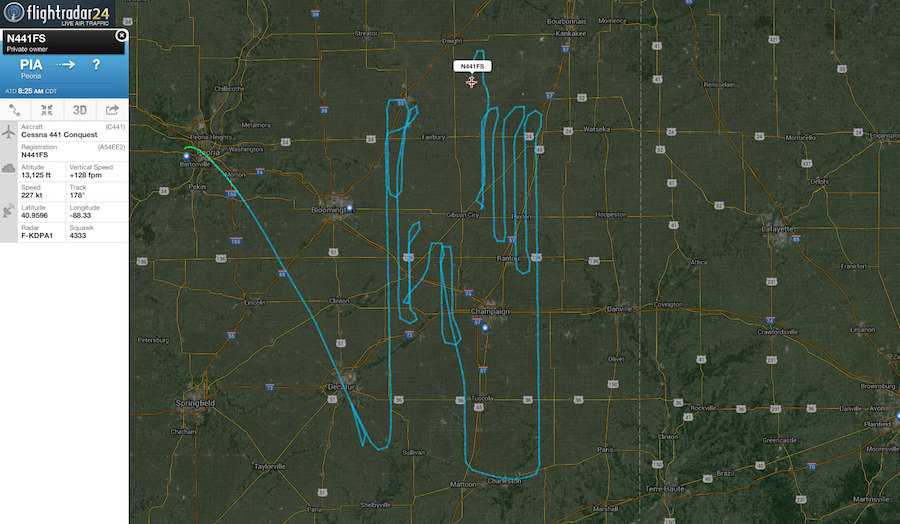 To ensure that Instrument Landing Systems are able to help safely land aircraft, special flights are conducted by aviation authorities to calibrate the systems. On our site, you’ll often see this represented as an aircraft making a large circle around an airport, an aircraft making numerous approaches to an airport, or a combination of the two. 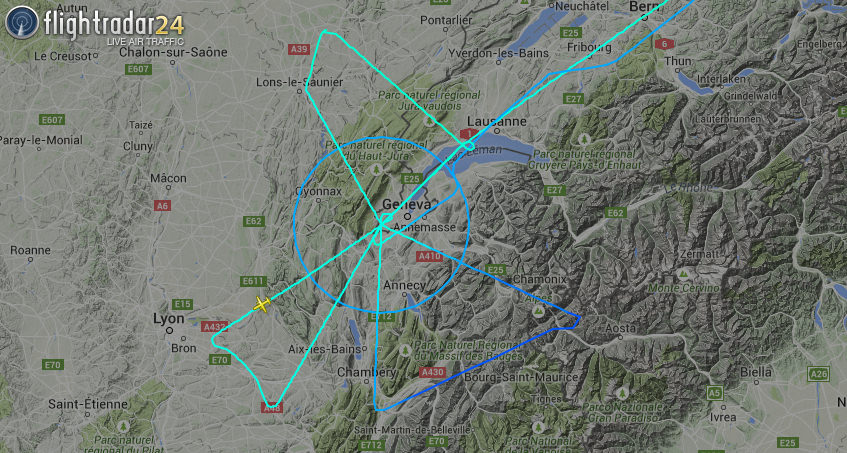 Many of our users are very familiar with “Flower Guy.” When N1411X takes to the sky, it’s usually to practice patterns, which end up looking like flowers on our site. 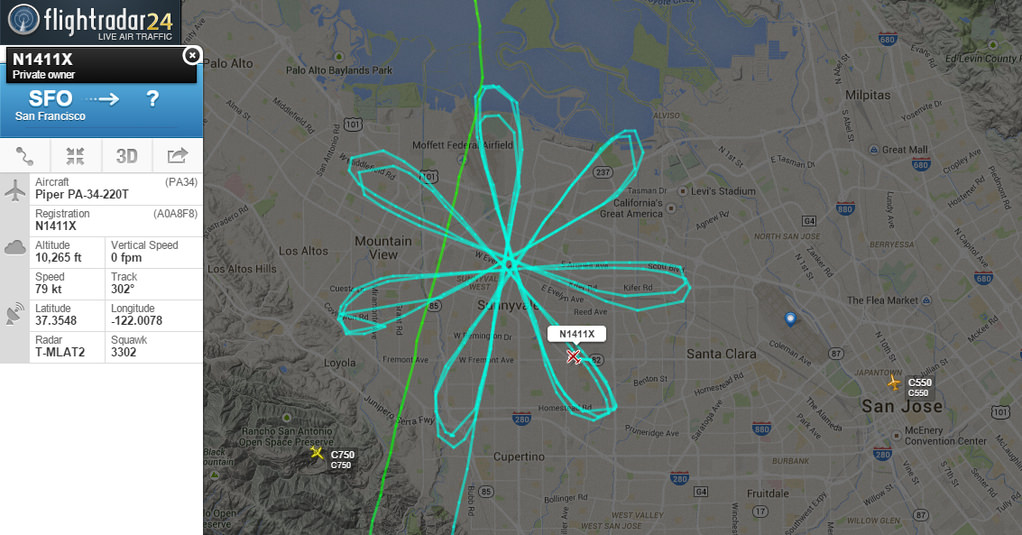 Other pattern work is done by airlines as they train their pilots. These flights are often designed to test pilots’ approach and landing skills, resulting in a track that shows multiple go-arounds or touch-and-go approaches. 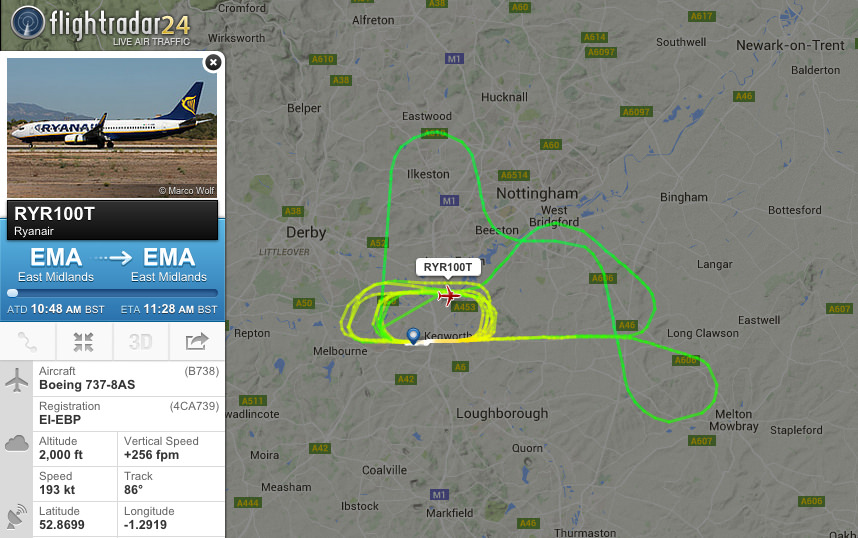 Many times, airport congestion or weather necessitates aircraft holding near the airport as they wait to land. This has been the case in Kathmandu as the number of relief flights have risen above the airport’s capacity, requiring long holds. In these instances, aircraft will fly in an oval pattern until they are directed by air traffic control to continue their approach or they decide to divert to another airport. 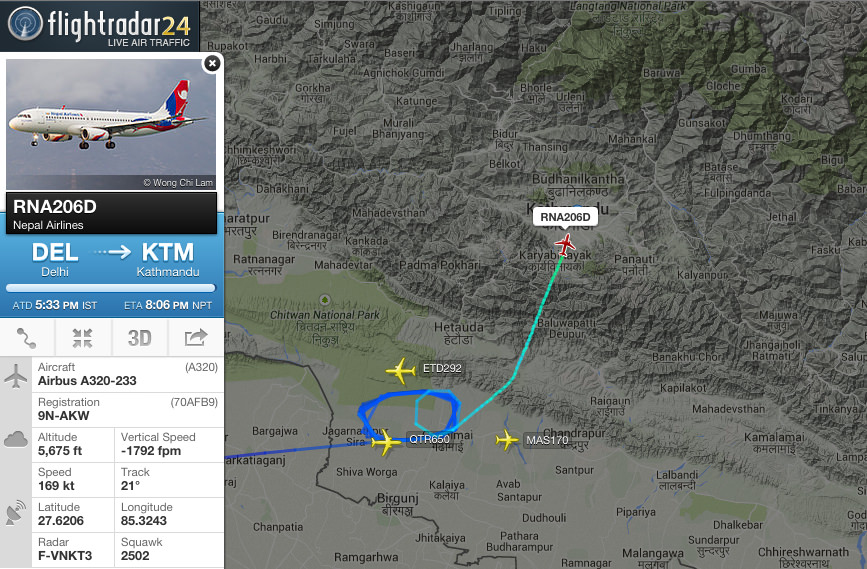 Flights do their best to avoid inclement weather, mostly by flying over it. But thunderstorms can rise above the levels at which airplanes fly, causing deviations from the intended flight path. What can look like a random flight path can often be explained by the avoidance of poor weather. Looking at the track of the Wichita Falls-Dallas/Ft. Worth flight below, it’s not hard to guess where the thunderstorms are. 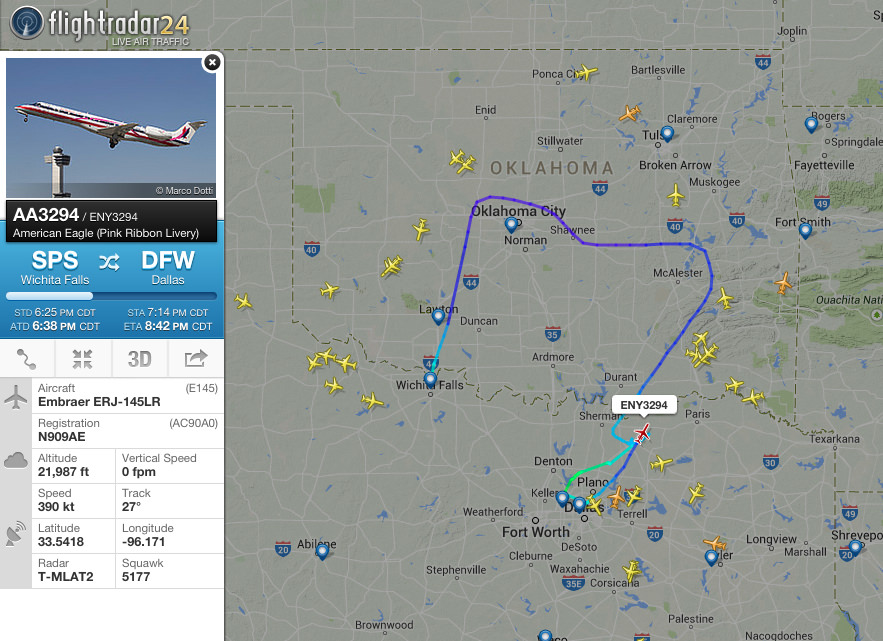 Prior to an aircraft’s entry into service, manufacturers perform thousands of hours of flight tests to ensure the aircraft is ready for commercial flight. Similarly, after heavy maintenance individual aircraft perform test flights to affirm that maintenance was performed properly and the aircraft is ready to return to service. These flight patterns often appear random, but usually begin and end at the same airport.

Currently, Bombardier is preparing its C-Series aircraft for certification and entry into service and they are conducting flight tests almost daily. You can track Bombardier aircraft by setting a filter on our site or in our paid app for callsign BBA. Airbus and Boeing also test each aircraft produced before delivering them to their customers. To track Airbus test flights, set a callsign filter for AIB. To track Boeing test flights, set a callsign filter for BOE.

Special Occasions and Just for Fun

Sometimes special occasions and flight tracking align, like when two Air Malta employees were married and an airplane was used to draw two hearts in the sky. 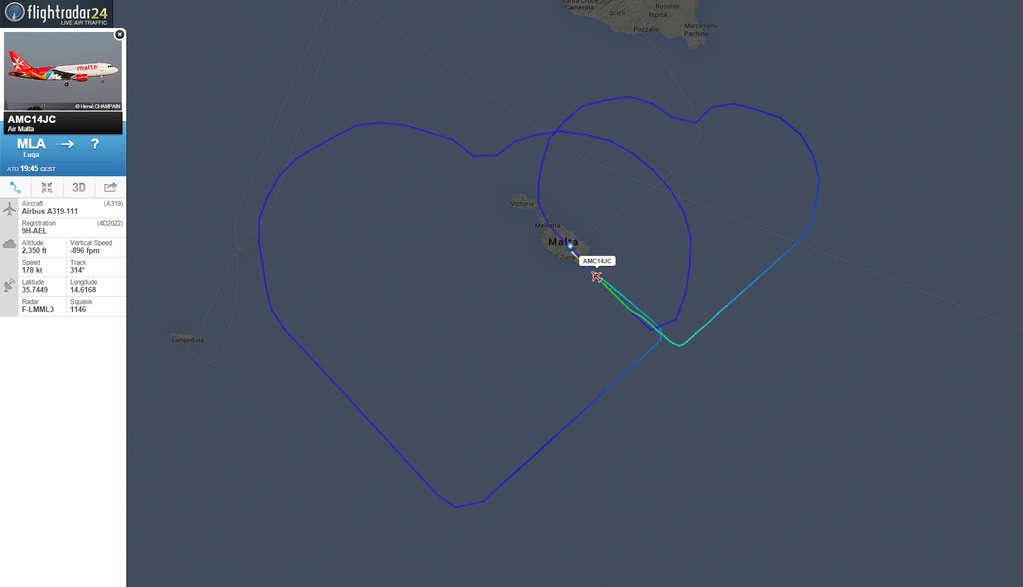 And sometimes, we’re not sure why certain patterns are drawn.