Inside the Airbus A350XWB

We were privileged to receive a tour of the Airbus A350XWB as part of Airbus’ #A350XWBTour of the Americas. We flew the airplane from Chicago-O’Hare International Airport on a demonstration flight, returning after about 90 minutes. We were then able to get an in-depth look at the aircraft, including areas not normally seen by passengers. 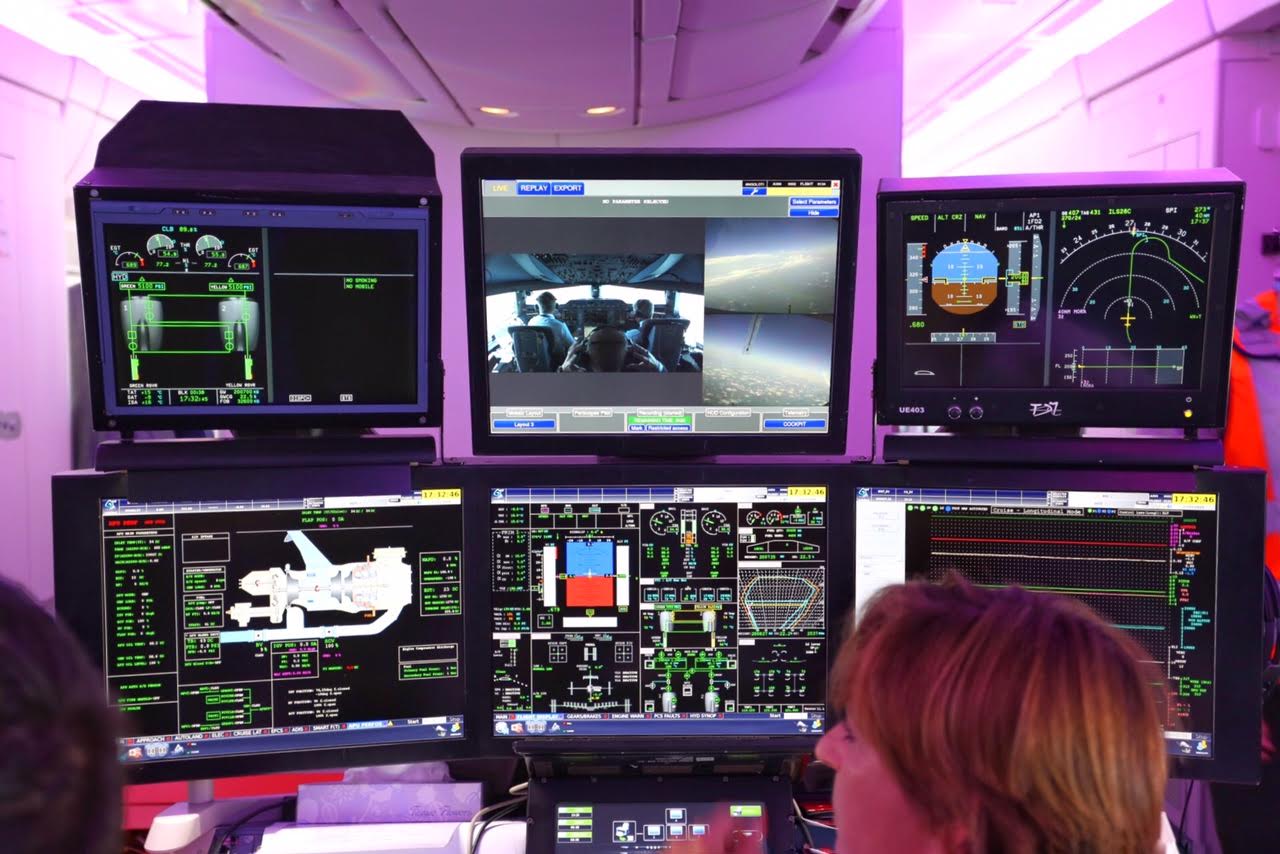 This aircraft—while fitted with a cabin—is in fact still a test aircraft. That fact is most evident in the console occupied by two flight engineers throughout the flight. Flight data, engine data, Auxiliary Power Unit (APU) data, and much more is fed to the seven screens that make up the console. The flight engineers also have access to the feeds from the on-board cameras, providing them with visual information about the aircraft’s performance. Throughout the cabin sensors are present measuring everything from atmospheric pressure to cabin temperature.

The seating, both business class and economy, was quite comfortable. Although the demonstration flight only lasted about 90 minutes, we were able to sample multiple seats. The economy cabin is arranged in a 3-3-3 configuration and the business cabin is arranged in a 1-2-1 configuration so that each seat has aisle access. We also explored the crew rest area that is located above the forward galley just behind the flight deck. There is also a separate crew rest area in the rear of the aircraft for the cabin crew. The forward crew rest has two bunks and a reclining seat for an optional third person.

The first thing one notices when entering the flight deck are the screens. The six main screens offer pilots a variety of views and information. In addition to each pilot’s dedicated screens there are two large center screens available for cooperative use.

The A350’s Rolls Royce Trent XWB engines are gigantic. But for their monstrous size, they’re hardly noticed on the inside. When our demonstration flight landed, the thrust reversers were barely noticeable. We enjoyed our flight and getting to see the A350. We hope you’ll enjoy the rest of the photos from our tour!