Flight activity in and out of Iceland’s main airport, Reykjavik’s Keflavik Airport (KEF), followed a typical trajectory in March: it dropped off a cliff. The pandemic had a similar... 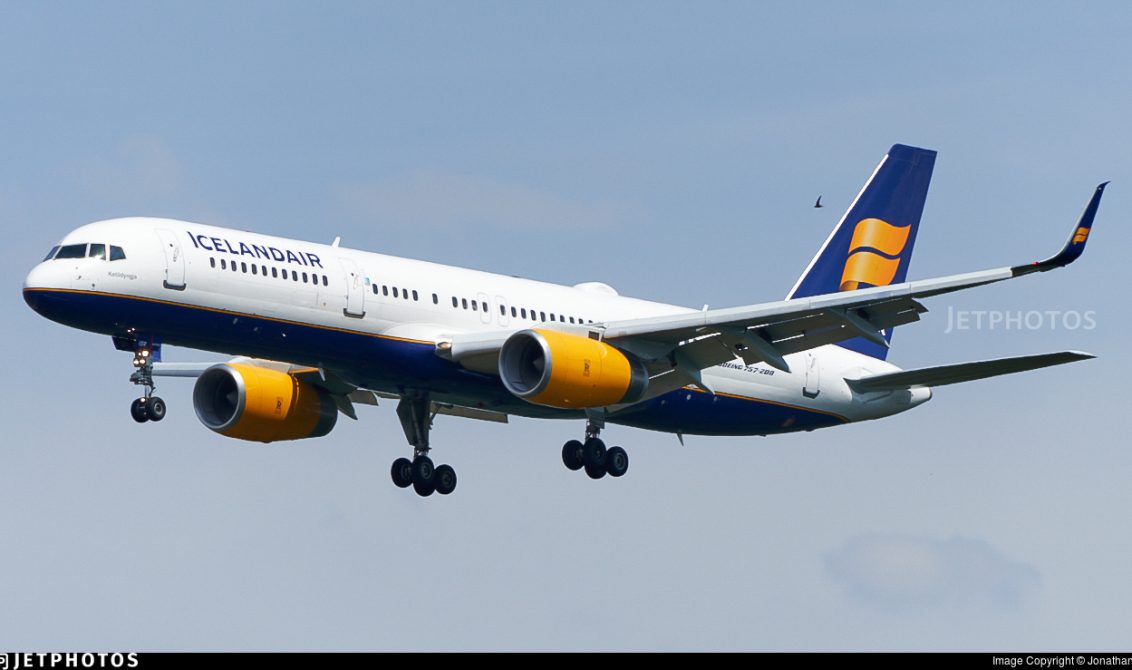 Flight activity in and out of Iceland’s main airport, Reykjavik’s Keflavik Airport (KEF), followed a typical trajectory in March: it dropped off a cliff. The pandemic had a similar effect in many places, especially small islands that saw a chance to contain the spread of COVID-19 early. But Iceland stood out with a unique plan to open up to visitors in June, ahead of most others, and that had a clear effect on the number of flights seen at KEF over the summer.

Air traffic to Iceland has skyrocketed over the past ten years. It reached the point that there were far more passengers passing through than the airport was designed to handle. The peak came in 2018 with the rise of Icelandic low-cost entrant WOW Air. WOW laid on dramatically cheap flights to all corners of North America and Europe. Icelandair responded by adding dubious new destinations like Kansas City (MCI). Passengers flocked. WOW Air went bust in 2019, and with its demise things at Keflavik calmed down somewhat. But Iceland remained a busy spot for tourists especially in the summer.

Not so this year, for obvious reasons. And the first half of the below chart illustrates just how much flights dropped off in early March as the extent of the pandemic was becoming clear.

But Iceland is a major tourist destination, and the nation has come to rely on tourism income in recent years as visitor numbers have grown to upwards of 2 million a year. In 1995, tourism revenue in Iceland was $309 million. By 2018 that figure had risen to over $3 billion. Keeping things closed up forever wasn’t an option. So in June, the country decided to open up its borders to anyone who wanted to come, provided they take a COVID-19 test upon arrival. Visitors simply had to await the result, which would generally be available later the same day, before going about their business. (Initially this only applied to travelers from Europe because the Schengen area’s external borders were closed – later it included a broader list of countries, though Americans are still not allowed as of today.)

The scheme was a success, attracting tourists who saw a chance to see Iceland without the crowds. Toward the end of June and into early July, with the new testing regime in place, flights picked up steadily. As we can see in the chart, flights didn’t get back to their previous levels and certainly didn’t reach the summer peak in numbers that we would normally expect. But it had the effect of jumpstarting flights and a flow of incoming travelers.

Here’s another look at the data, which shows the top aircraft types being flown in and out of KEF over time. It’s no surprise that the 757-200 features heavily because it makes up the majority of the Icelandair fleet. But the data from mid-June onwards, after testing on arrival was introduced, reveals that Icelandair was relatively conservative with adding flights considering it’s the home airline. On the other hand airlines like Wizz Air (W6), which accounts for many of the A320 and A321 shown here, were aggressive with their return. Easyjet, SAS and Atlantic Airways made a good showing, accounting for many of the A320neo family aircraft (A20N and A21N). The 737s were mostly from SAS and Transavia, with a few more from the likes of Norwegian thrown in. 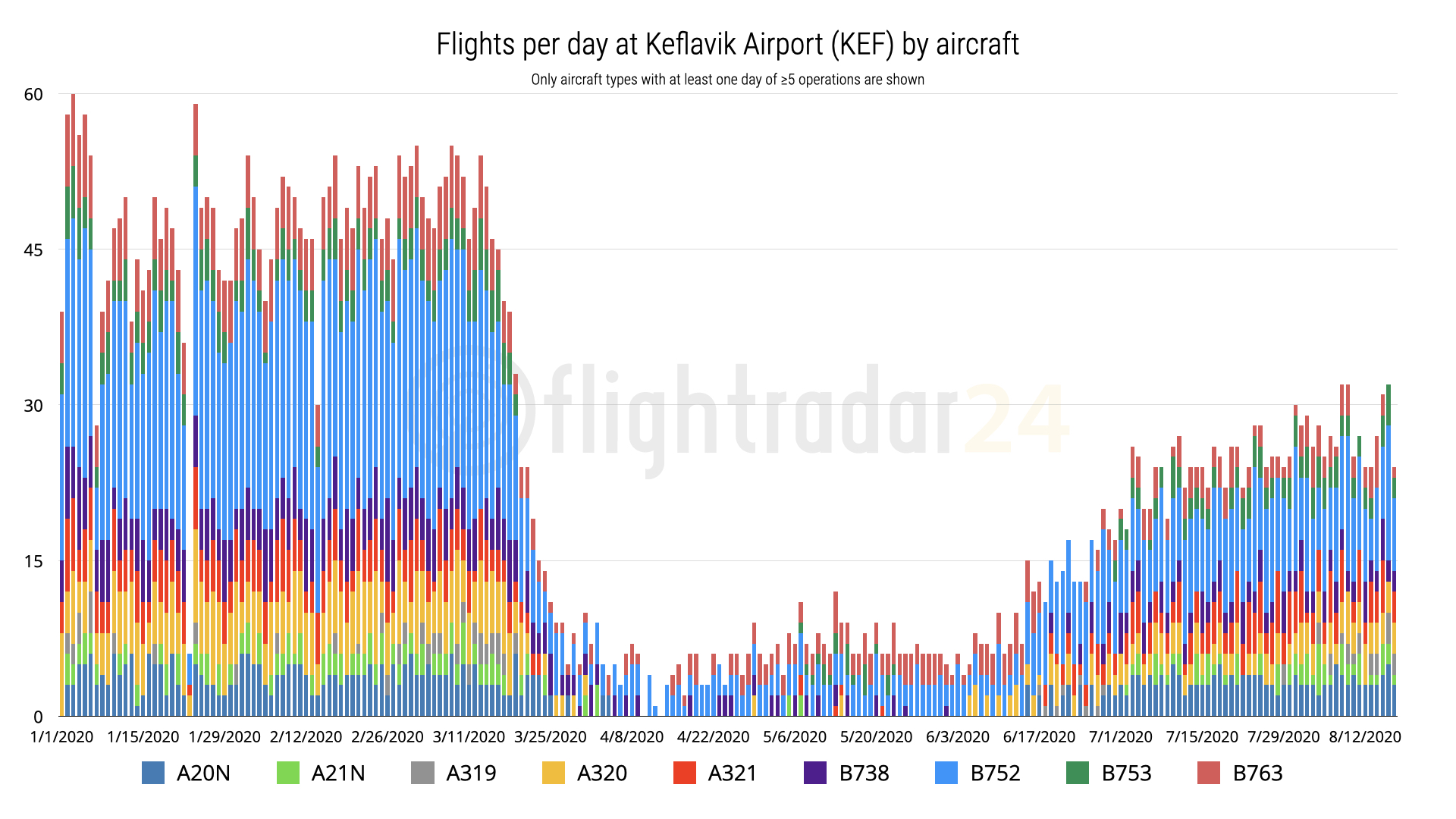 As an island with a small population, a competent approach at the outset of the pandemic was enough to keep things under control. And that allowed Iceland to take a measured approach to opening back up early. Unfortunately this virus seems to eventually find a way, especially in places that have been diligent about controlling it. Over the past few weeks Iceland has seen a handful of small infection clusters, but in a place with almost no community transmission, that was enough to spook them.

On August 19, Iceland reimposed a quarantine requirement for visitors – although a shorter one than the previous. From now on visitors have to take a test upon arrival as before, but then will have to self-quarantine for four to five days before taking a second test. If that comes back negative, they can go on their way. Clearly most tourists considering Iceland won’t be interested in holing up in an expensive hotel room for five days before starting their trip, so this will likely drive flight numbers back down. It will certainly be interesting to see what happens.