Here’s how to track all the Star Wars special liveries

Star Wars special liveries now adorn six aircraft across four airlines. United Airlines unveiled their Star Wars: The Rise of Skywalker special livery 737 making it the latest airline to add an aircraft painted to promote the iconic film franchise. We’ve made it easy to track them all.

United — The Rise of Skywalker 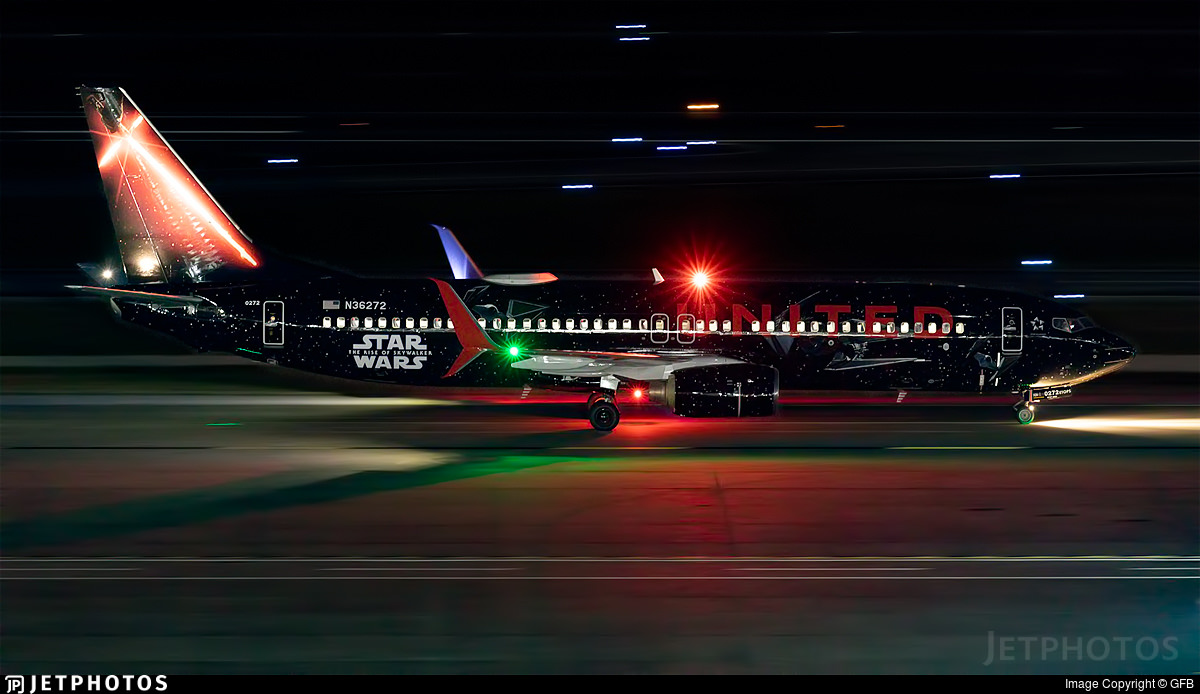 LATAM’s 777-300ER PT-MUA has the world’s tallest stromtrooper painted on its tail as well as a stormtrooper helmet nose. The livery is coordinated with the Walt Disney World Galaxy’s Edge attraction. 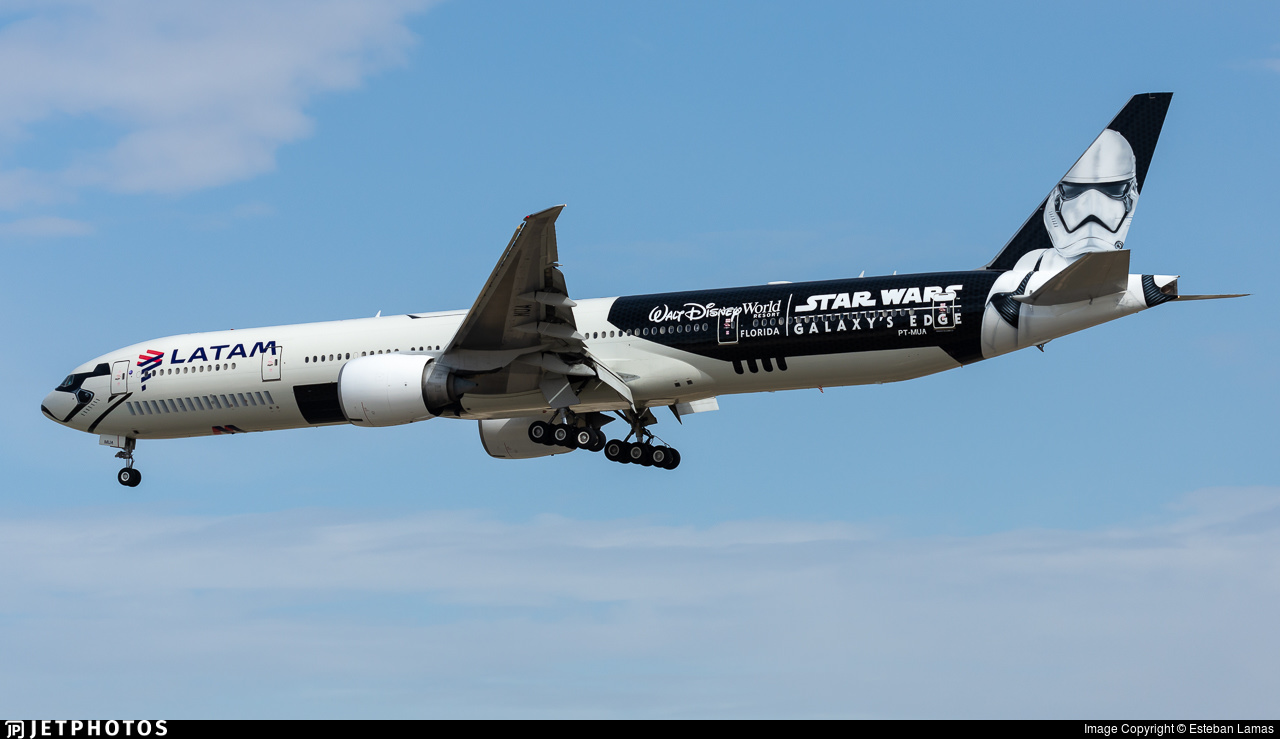 Virgin Atlantic’s 747-400 G-VLIP also promotes Galaxy’s Edge with a massive Millennium Falcon painted on both sides of the aircraft. 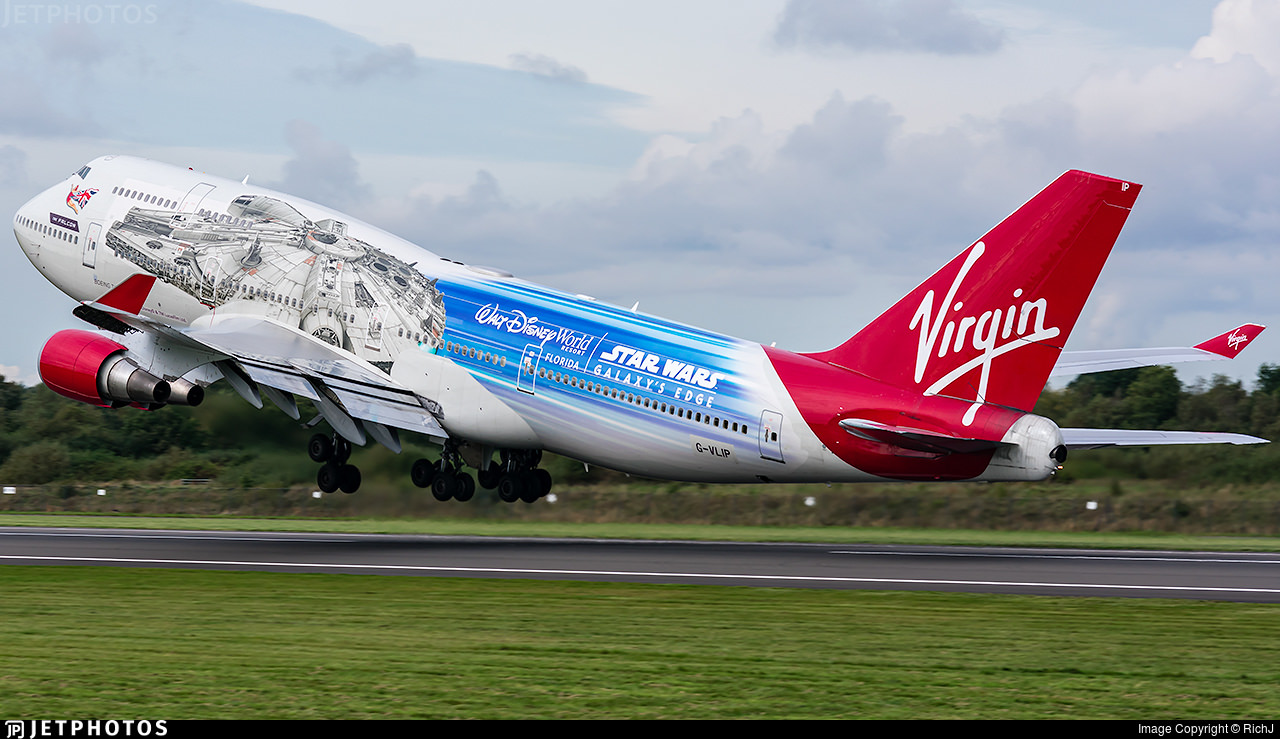 ANA — the Droids you’re looking for

ANA was the first to paint an aircraft in a special Star Wars livery and has gone on to paint a total of four aircraft in Star Wars-themed liveries. One, however, has since been repainted into standard ANA livery. 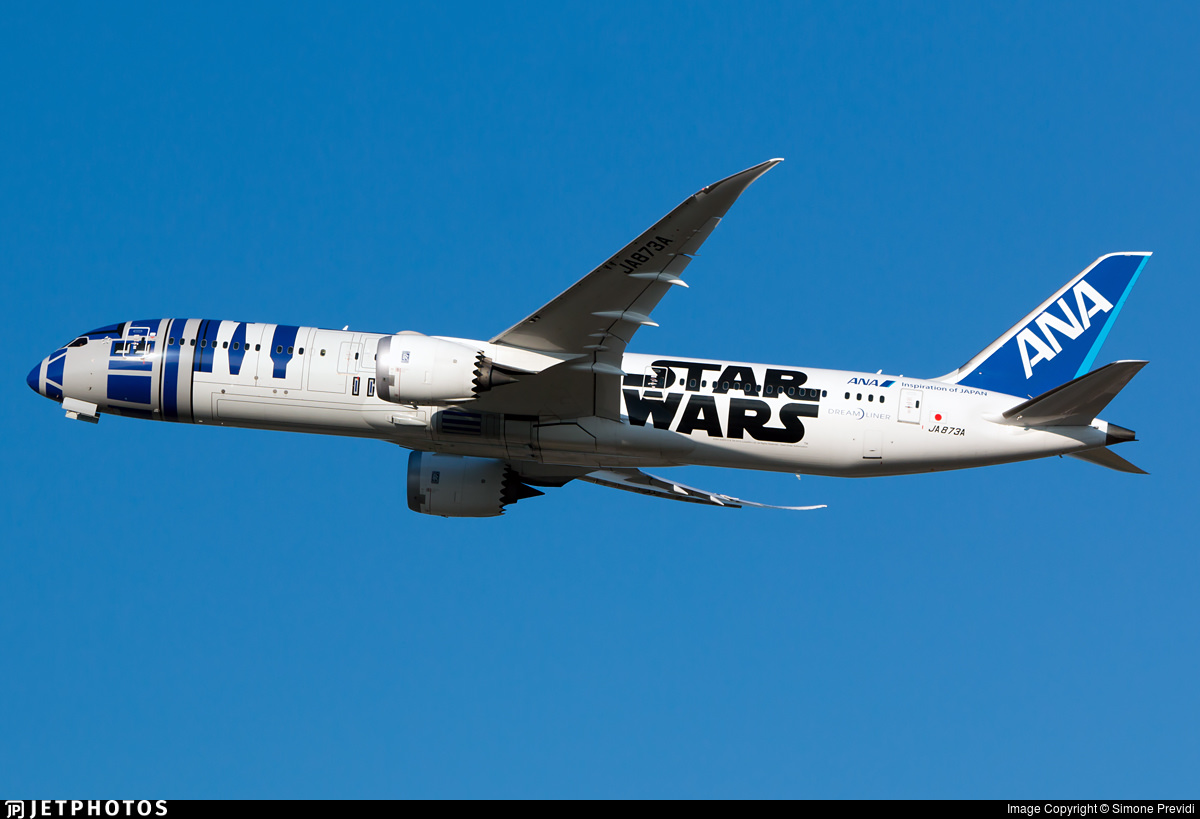 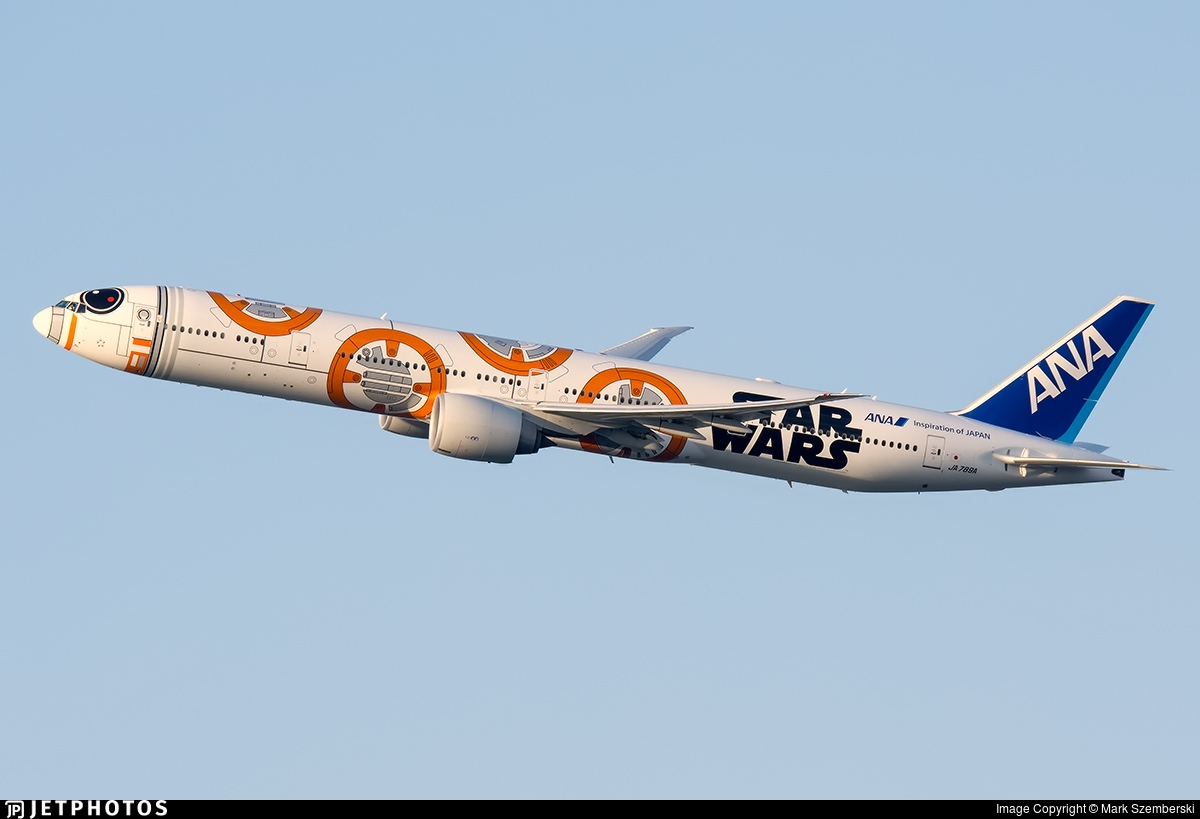 The third ANA droid is C-3PO painted on JA743A. This 777-200ER flies domestically in Japan, while the other two ANA droids fly international routes. 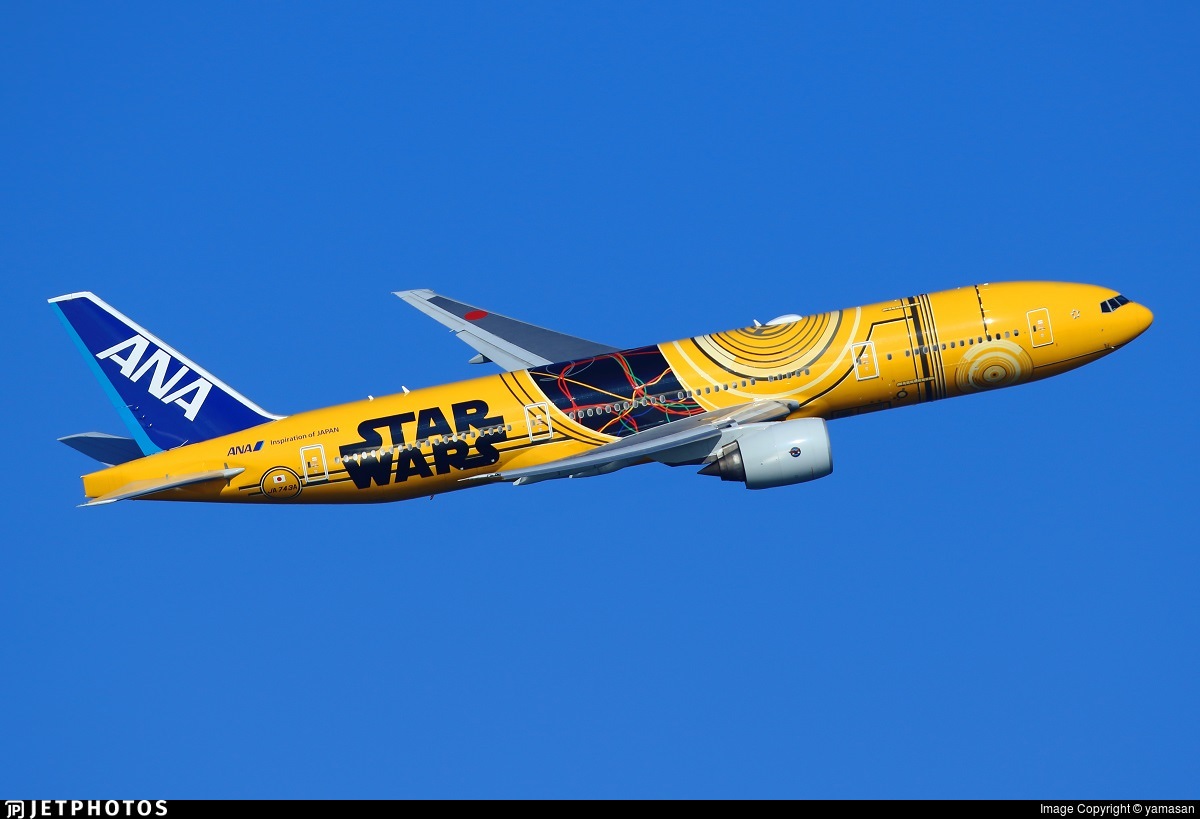 Happy tracking! And may the Force be with you.