An Air France A380 will conduct a farewell flight on 26 June to celebrate the aircraft as the airline retires the fleet after 11 years of service. F-HPJH (MSN 099) will take Air France personnel connected to the A380, including pilots, cabin crew, maintenance personnel and others on a tour of France. The flight is scheduled to depart Paris at 15:30 local time (13:30 UTC).

AF380 toured France for 2 hours 22 minutes on its final flight, first heading south to the Mediterranean before flying along the coast and returning to Paris via the Alps. 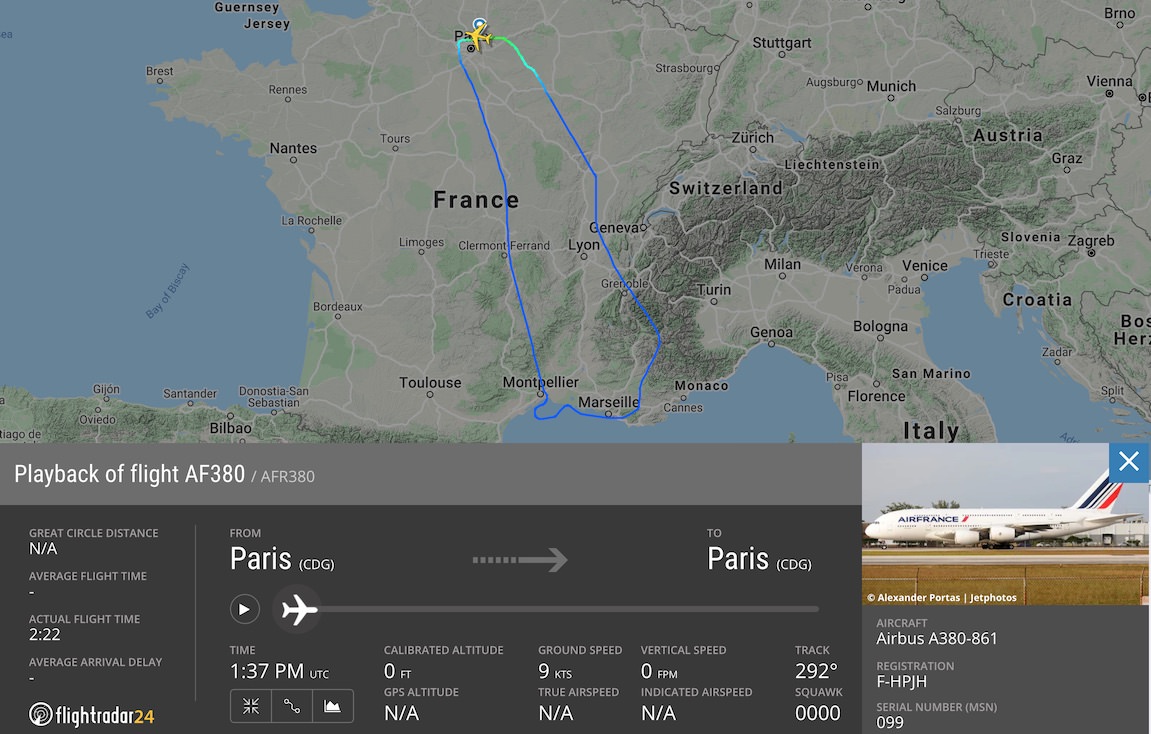 The A380 was joined in formation flight near Marseille by a future Air France A350 that was on a pre-delivery test flight out of Toulouse. 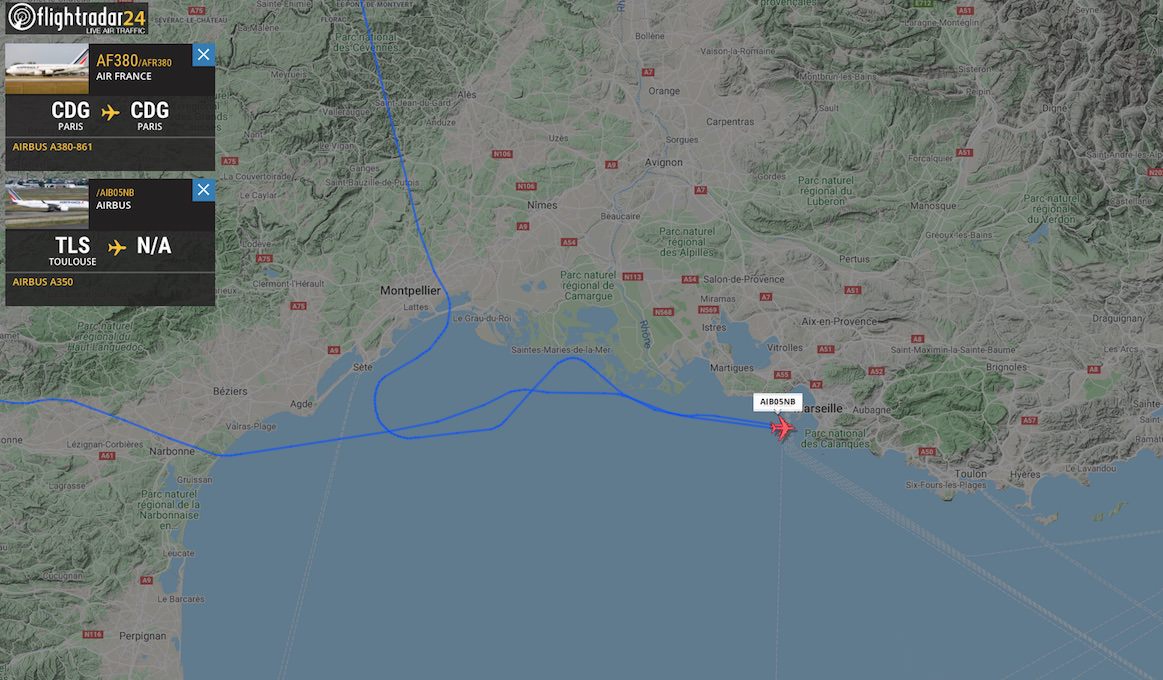 The Air France A380 fleet

At its peak, Air France operated 10 A380 aircraft to regular destinations on five continents. Prior to the effects of the COVID-19 pandemic, Air France planned to retire its A380 fleet by 2022.

The airline’s A380s were party to two noteworthy incidents during their 11 years of operation. On 11 April 2011, Air France flight 7 operated by F-HPJD was taxiing for departure when its left wing struck the tail of a Delta Connection (Comair) CRJ-700, spinning the CRJ 90 degrees. And on 30 September 2017, Air France flight 66 operated by F-HPJE suffered an uncontained engine failure of its number 4 engine over Greenland.

And F-HPJH is the subject of second most popular A380 photo ever added to the JetPhotos catalog. 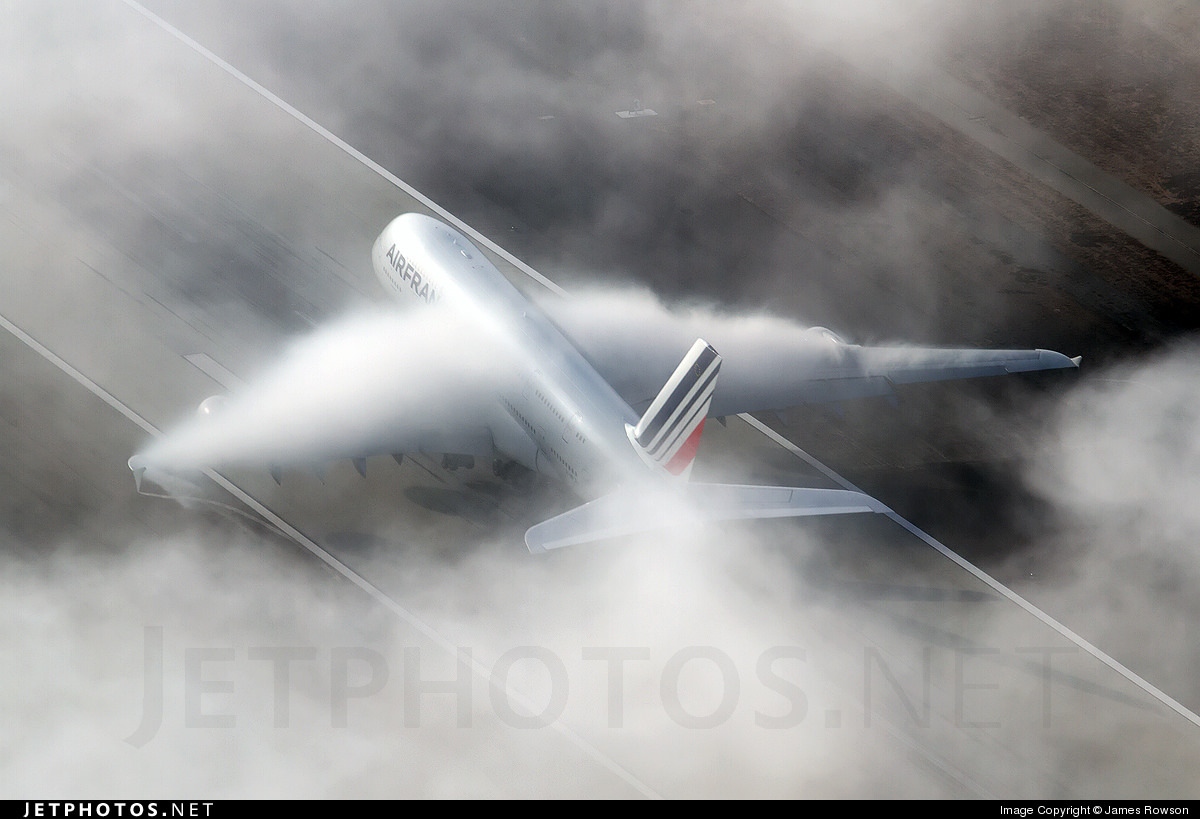