Flights to Rome: A Stunning Visualization of Earth’s Mobility

With their 2015 award-winning project ‘Roads to Rome’, the creative team at moovel lab answered the question ‘Do all roads lead to Rome?’. But the project felt unfinished as human mobility is no longer limited to land. By using Flightradar24 data, moovel lab’s new project ‘Flights to Rome’ adds a third dimension—mobility in the sky.

With the combination of OpenStreetMap data and worldwide flight data from Flightradar24, the moovel lab team was able to visualize the global road and air traffic mobility network. This combined data serves as the basis for a worldwide intermodal routing graph that can be used to realistically calculate the fastest combined air and road route. The result is a visualization that, for the first time, shows the journey from ‘A’ to Rome across the entire planet. 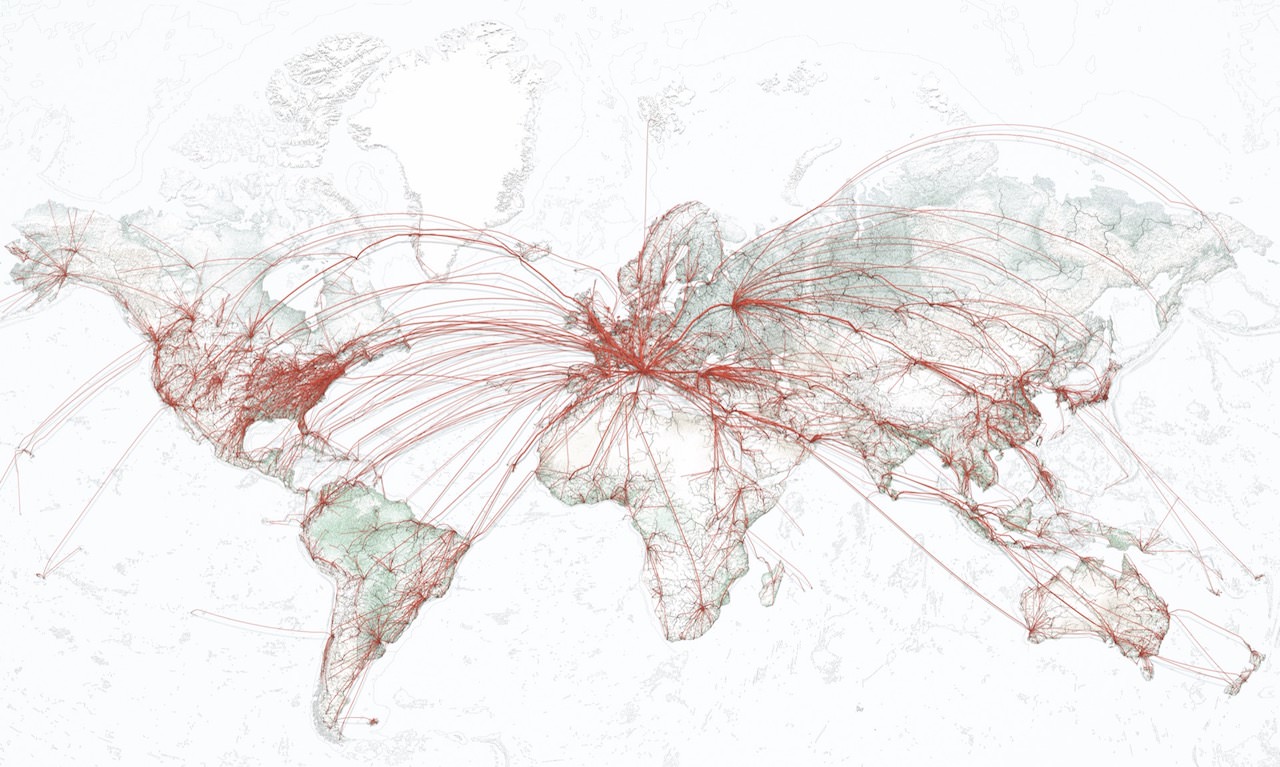 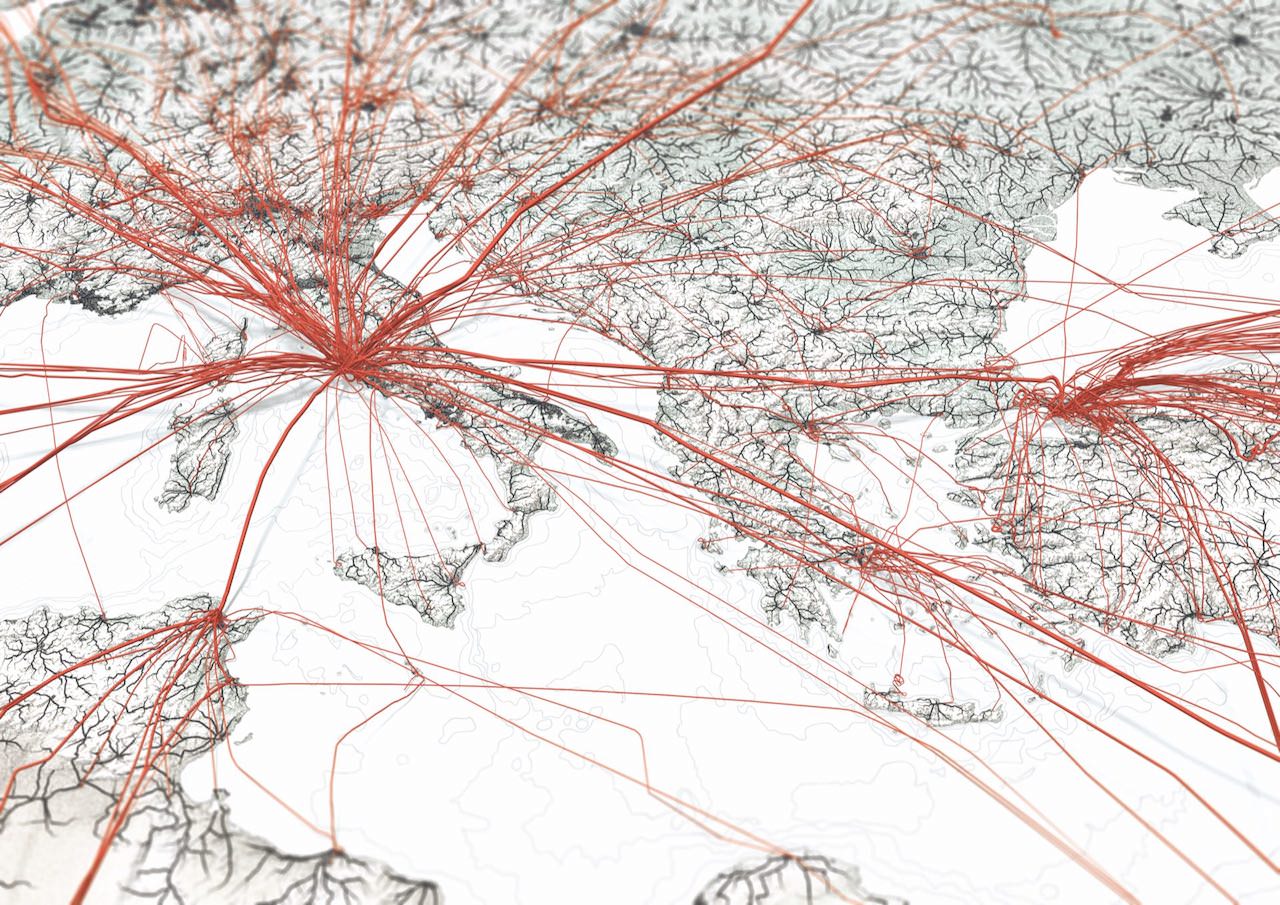 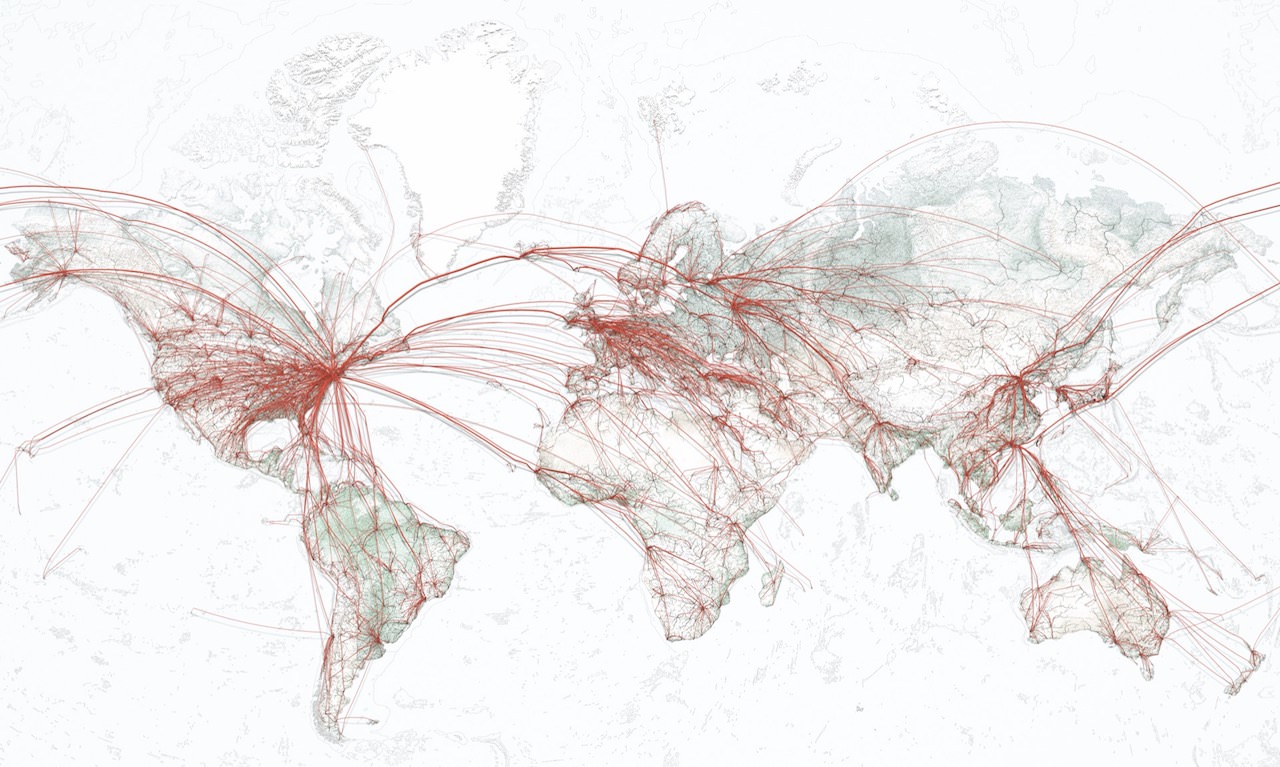 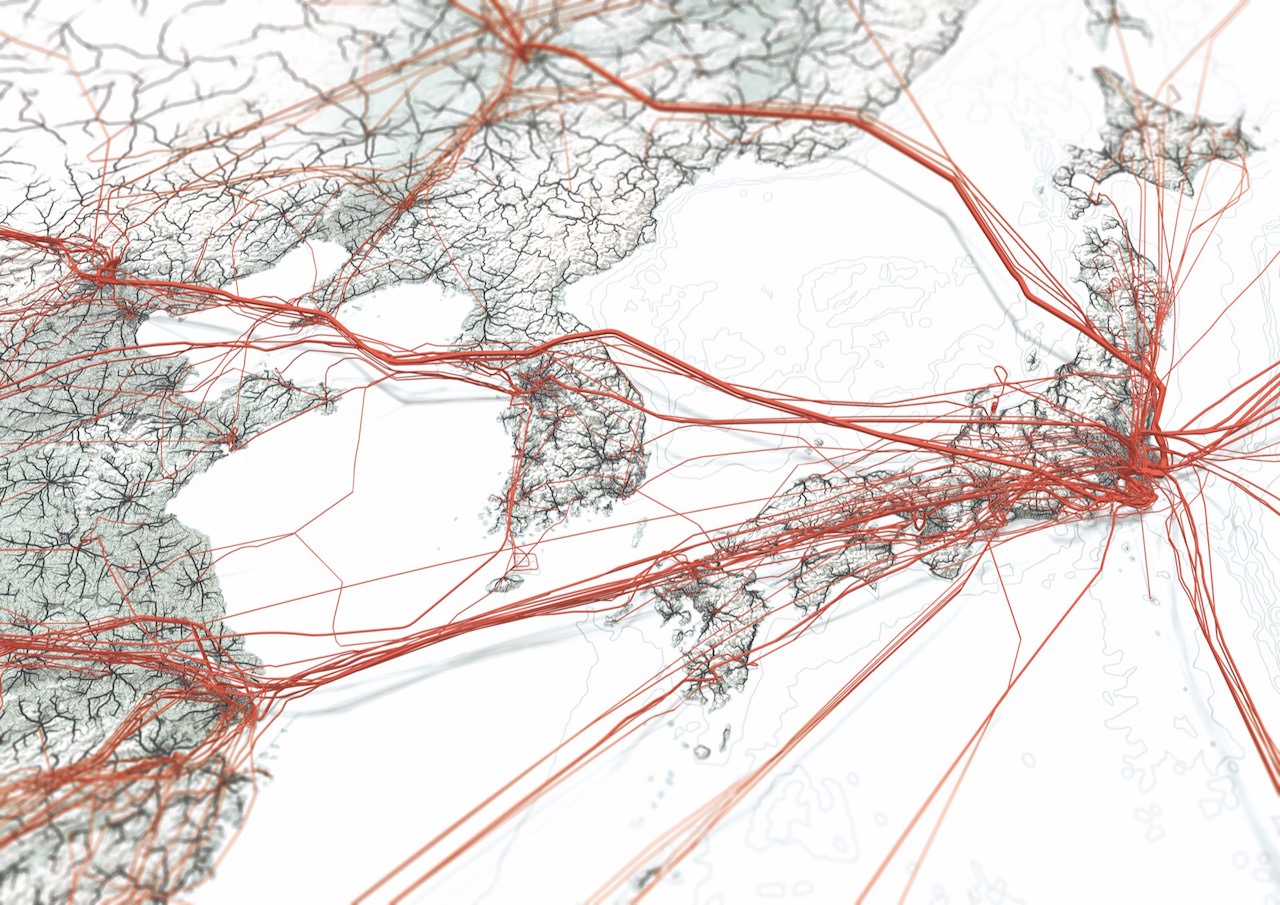 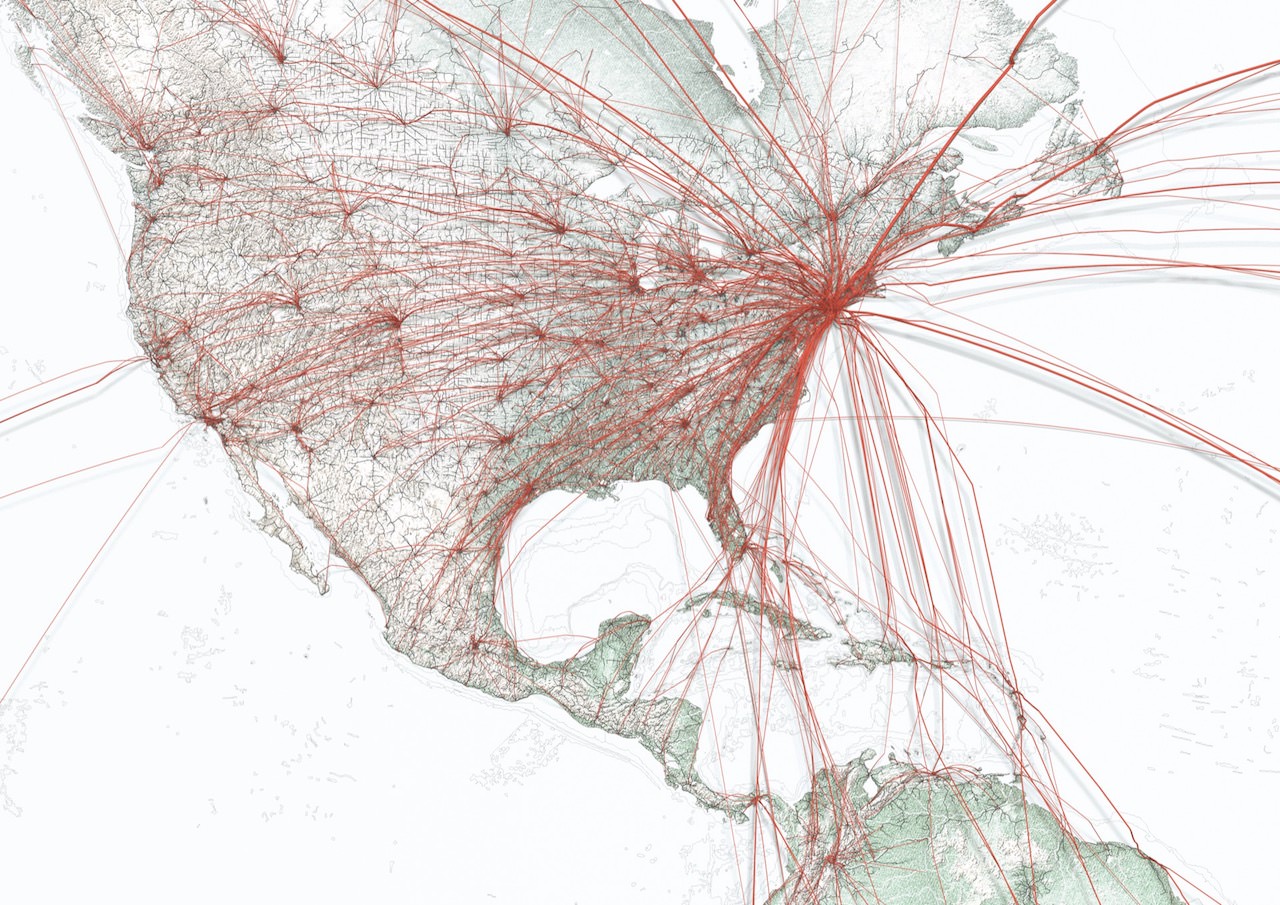 “With ‘Flights to Rome’ it was possible for the first time to link roads and the flight network intermodally,” says Benedikt Gross, Design Director at the moovel lab, “As the visualisations of Roads to Rome relied on OpenStreetMap road data, it was conceptually never possible to render maps ‘leaving’ a continent, as you simply can’t drive with a car from Europe to North America.”

With the addition of global flight data, leaving a continent became a solvable problem. By converting a week’s worth of Flightradar24 data to a route-able graph and then combining this flight graph with the existing global OpenStreetMap road data, and extending the open-source routing engine Graphhopper to the air, moovel lab was able to create an intermodal routing graph to calculate routes in a realistic way.

The varied contouring of the arteries is based on a complex algorithm, which takes into account 712,425 starting points with Rome as the destination, and 3,573,863 flights. The team also focused on New York and Tokyo as destinations, which you can see in the slide show above.

You can view more stunning visuals from the project and explore an interactive map at Flights to Rome.