Flights in the News and the Most Tracked Flights of 2015

As 2015 comes to a close, we look back on some of the flights that made news this year, including tragic crashes and heart-warming stories. We also dig into the data on the most tracked flights on Flightradar24 during the past 12 months, some of which may surprise you.

We’re looking forward to 2016 as we have a major redesign on the horizon and our new 3D view will be available early in the year.

Flights in the News

On 4 February, TransAsia flight 235 crashed shortly after takeoff from Taipei’s Songshan Airport. The Taiwanese Aviation Safety Council’s factual report states the pilots of the ATR 72 aircraft reported one engine out, then shut down the remaining operational engine. The final report into the cause of the crash is due April 2016.

On 24 March, Germanwings flight 9525 crashed in the French Alps after the first officer commanded the autopilot to descend into terrain.

On 14 April, after two Air Malta employees were married, the airline took to the air to draw two hearts over the island.

On 8 October, Jürgen Klopp flew to Liverpool to officially join Liverpool FC as manager and 35,000 fans watched live as his flight approached the airport. Klopp’s flight also gave us a chance to explain how we track flights with MLAT as users saw it leave our coverage area just before the flight landed.

On 31 October, MetroJet flight 9268, operating from Sharm el-Sheikh to St. Petersburg, crashed in Egypt’s Sinai Peninsula approximately 25 minutes after takeoff when, according to Russian officials, a bomb exploded on board.

Flightradar24 received detailed extended Mode-S data from the aircraft, which was partially decoded and made available on the day of the crash. Full Extended Mode-S data was decoded and made available on 3 November, indicating a catastrophic event occurred during the flight. Upon request, we supplied this data to the French Bureau d’Enquêtes et d’Analyses (BEA) as well as Egyptian investigative authorities.

The Most Tracked Flights of 2015 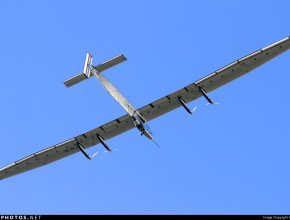 We looked month-by-month through our data for the flights our users found most interesting throughout the year. Pope Francis and Solar Impulse 2 each make multiple appearances on the list, while weather-related lengthy delays account for two others. Users also followed the An-225 with great interest, topping the charts in November and nearing the top in December. Our users also followed the first commercial flight of Emirates’ first two-class A380, which can seat up to 615 passengers.