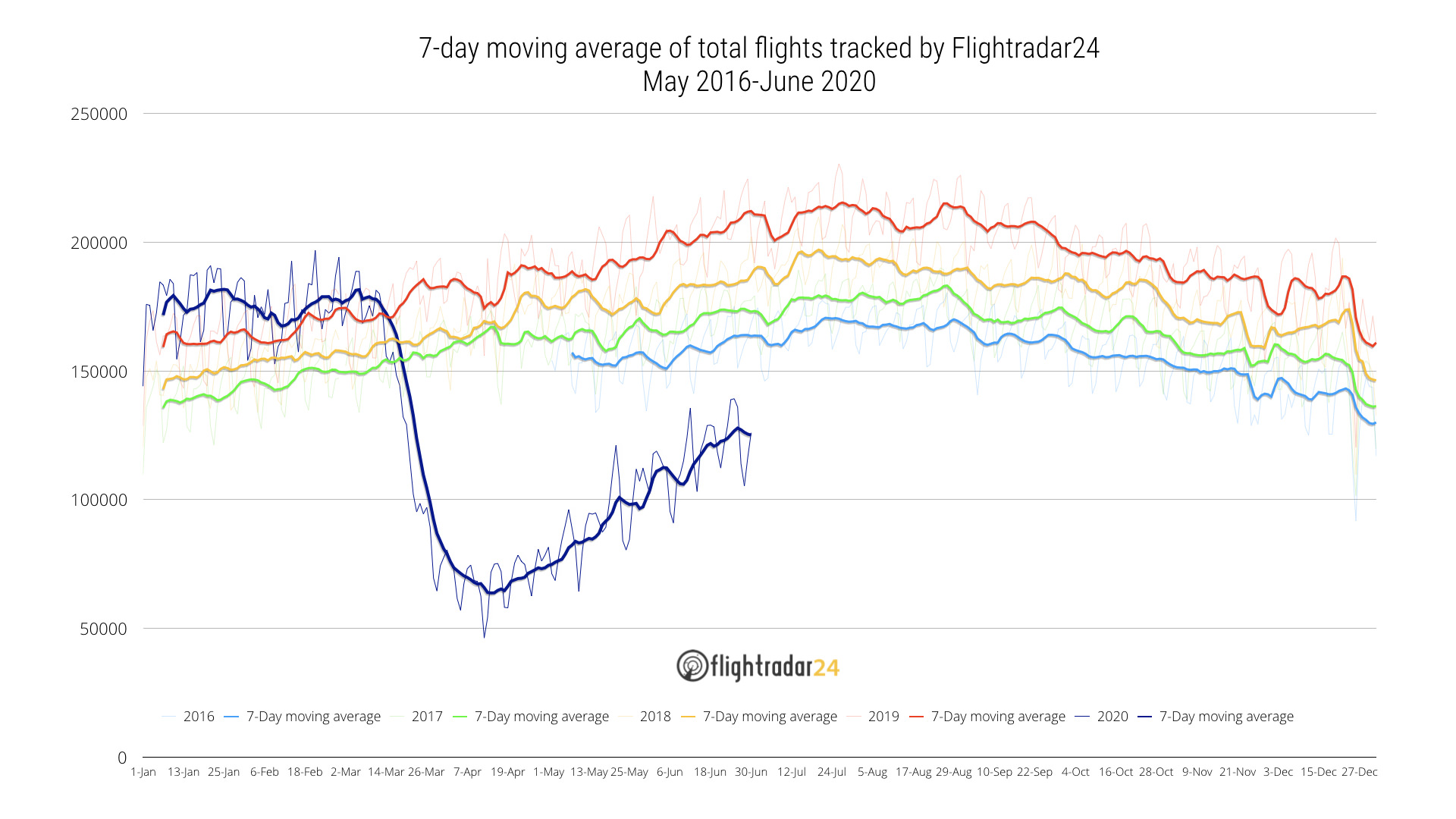 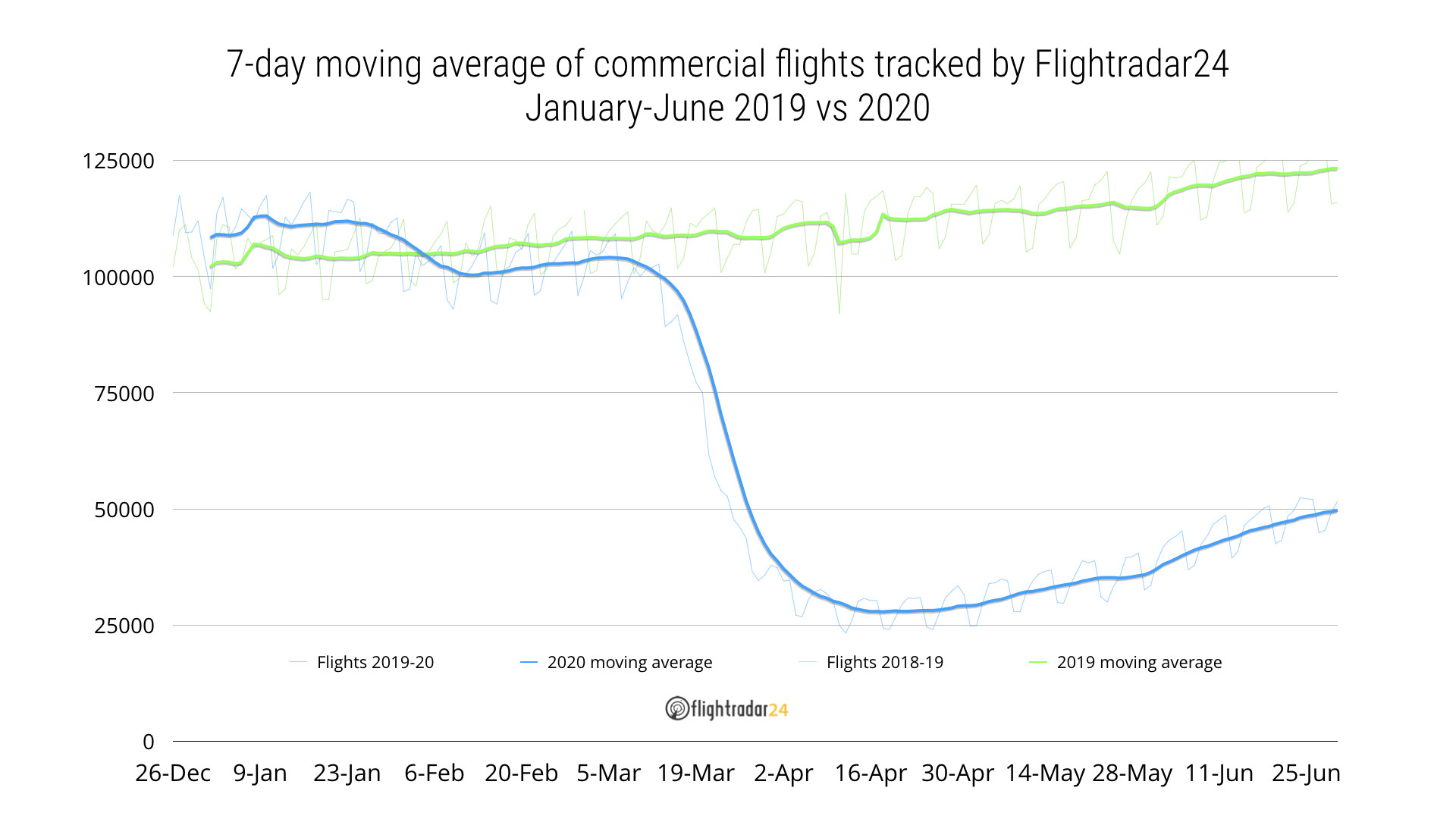 Airlines again revised their schedules on 1 July to increase flight activity, including the largest European low cost carriers like Ryanair and easyJet, so we expect to see an increase in commercial activity in July statistics. However, flight activity could be hampered by renewed regional lock downs, as was the case in Beijing in June. 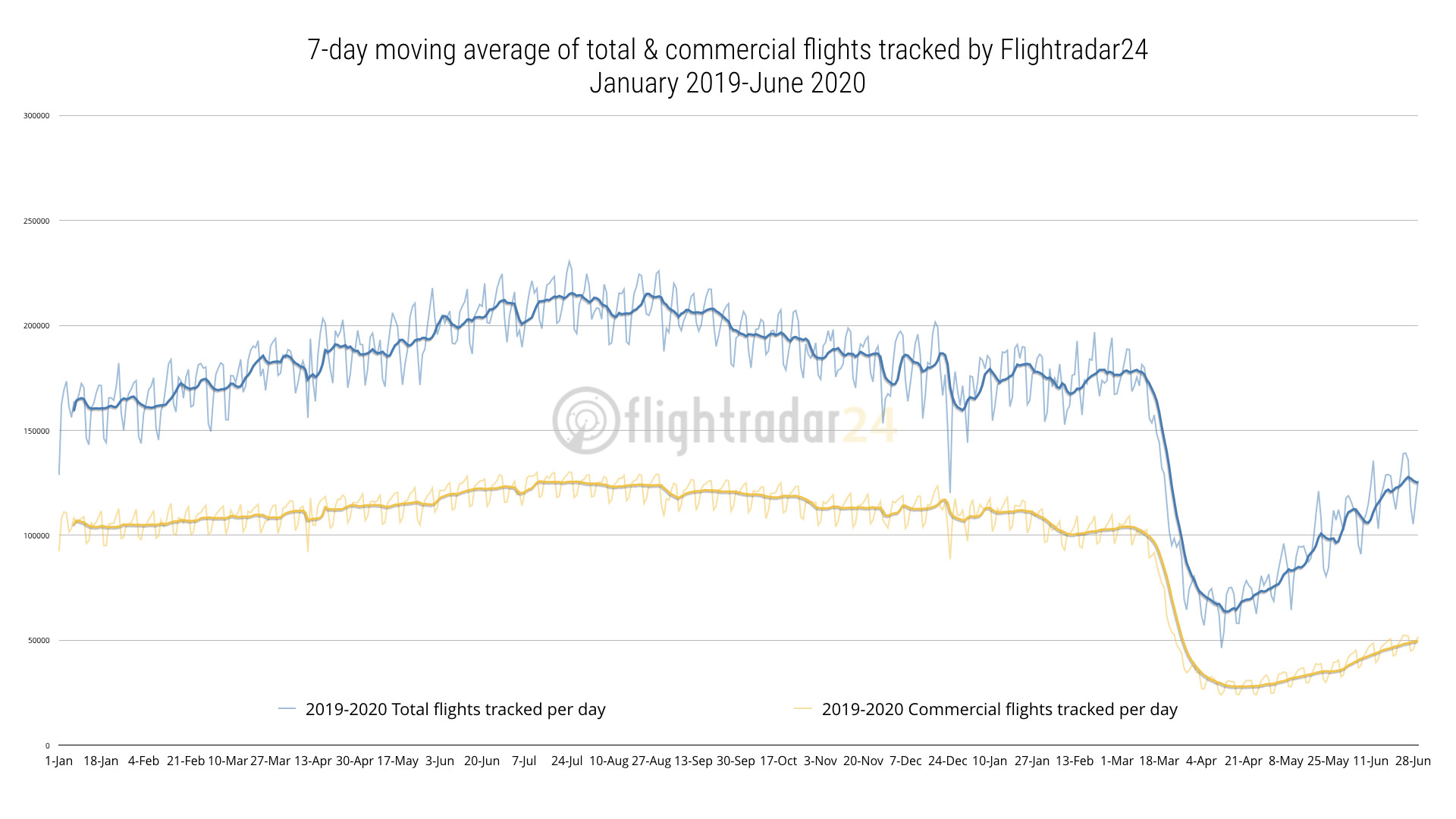