Blog  >  Aviation Explainer Series  >  Flight 1 round 2: which other routes get top billing?

Flight 1 round 2: which other routes get top billing?

Last week we covered some of the more high-profile routes that carry (or once carried) the flight number 1. The first round included Concorde flights, some ultra long-haul services, and quite a lot of London Heathrow and JFK. But that didn’t cover all of them. Though this next list doesn’t include as many famous or historic flights, it is nevertheless interesting to see on which routes the airlines of the world choose to allocate the number. So without any further delay, here’s the next round of flights that carry the number 1. 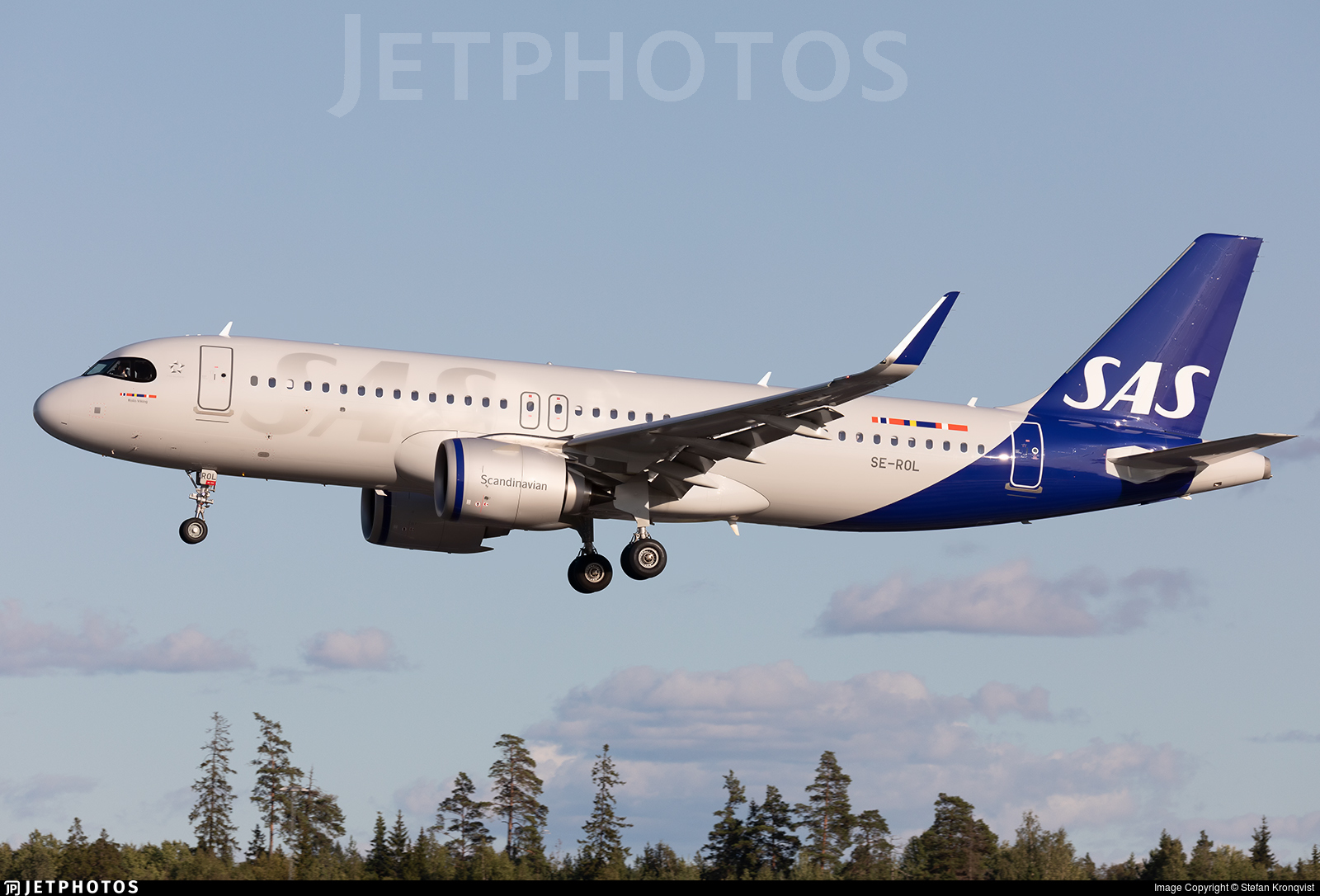 Scandinavian Airlines, also known as SAS, is one of those airlines that assigns flight 1 to a domestic service. Specifically, flight 1 has long been an early morning departure from Luleå (LLA), the biggest city in the northernmost county of Norrbotten, to Stockholm (ARN). The Luleå-Stockholm route is an important one, with well over a dozen daily flights in the schedule in pre-pandemic times, but LLA ranked just 5th among airports in Sweden for passenger numbers in 2019. Malmö, Gothenburg, and Stockholm’s two airports Arlanda and Bromma all had more.

Air Canada applies their flight number 1 to a Japan service – Toronto (YYZ) to Tokyo (HND). If I didn’t know this and had to bet on which route Canada’s flag carrier would reserve flight 1 for, I’d have probably put down good money that it would involve London Heathrow given Canada’s membership in the Commonwealth. But AC went a different way here, and the variety is appreciated. As far as I’m aware this is the only flight 1 involving Tokyo – apart from the two largest Japanese carriers, of course. This flight has been paused since March. 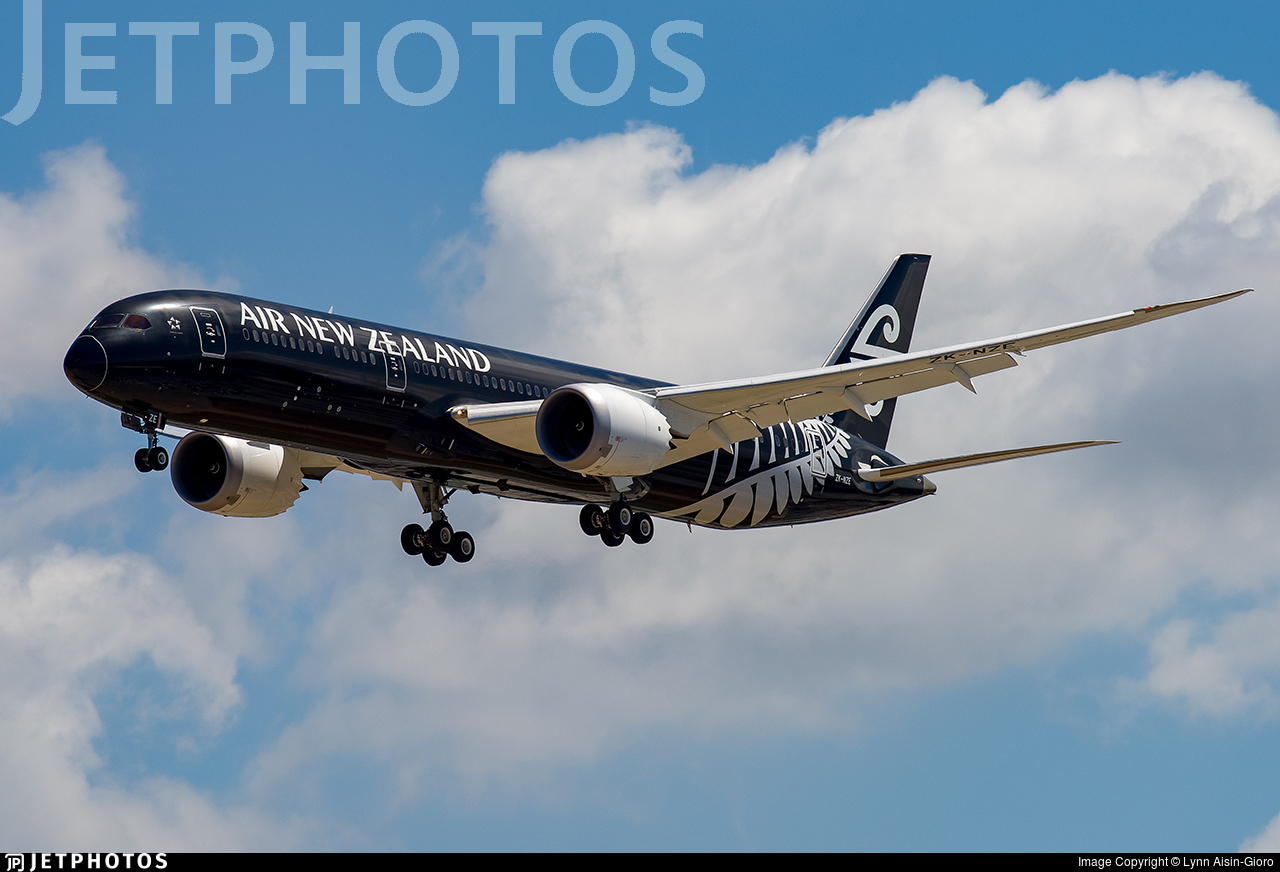 The story of Air New Zealand’s flight 1 has had more twists and turns than most, and continues to do so. It’s currently a Los Angeles (LAX) to Auckland (AKL) flight, which makes sense as it’s their premiere transpacific service. Up until earlier this year it was even more fitting as it was a London (LHR) – LAX – AKL service. Sadly, the London – Los Angeles portion won’t be coming back. It was cancelled early due to the pandemic, but it was due to get the chop this year anyway.

What’s more, NZ had been planning to launch a new ultra long-haul Newark (EWR) to Auckland (AKL) flight this month, and to shift the flight number 1 over to this service instead. It was to be its new flagship route, in other words. However the pandemic means that this route likely won’t be starting up before late 2021 at the earliest. (Also: it bears mentioning that Air New Zealand used to serve London via Hong Kong as well, making it the only airline in the world to offer a round-the-world service on its own aircraft between 2006 and 2013.)

No surprises from Aeromexico which assigns flight number 1 to its flagship Mexico City (MEX) to Madrid (MAD) service. The only thing they’ve done differently is to give flight 1 to the eastbound service – whereas the standard convention is to use odd numbers for westbound flights and even for eastbound. The flight hasn’t operated since May, but as this is a normally highly trafficked transatlantic route for them, you can expect Aeromexico’s 787 Dreamliners to be back plying the route before too long. 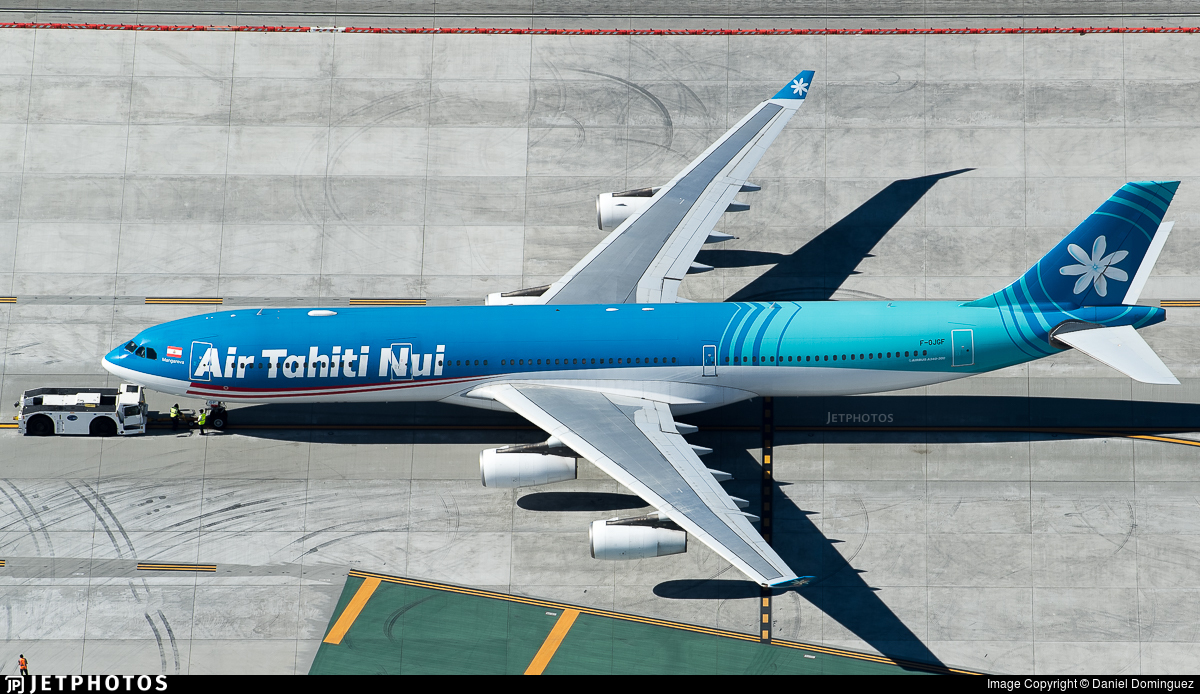 Here’s another Pacific carrier that gives Los Angeles top billing – no surprise there. Air Tahiti Nui put its premiere flight code on an LAX to Papeete (PPT) flight, at least until the pandemic hit. Flight TN1 hasn’t operated since March 25 of this year. Which is a little strange because Air Tahiti Nui has continue to serve LAX. In fact TN1 only ever operated once a week in recent years, as an overnight flight from LAX to PPT. More frequent was TN111, a day flight from LAX that is still running. Meanwhile, the return leg still carries its counterpart code TN2.

Air Niugini doesn’t have a very wide variety of flights and their main links are to neighbor Australia, so it makes sense that their flight 1 is a Port Moresby (POM) to Sydney (SYD) run. That’s usually operated by a 737 though an occasional 767 does appear. This is another flight 1 that hasn’t run since March – no surprise given the extent of Australia’s border closures. 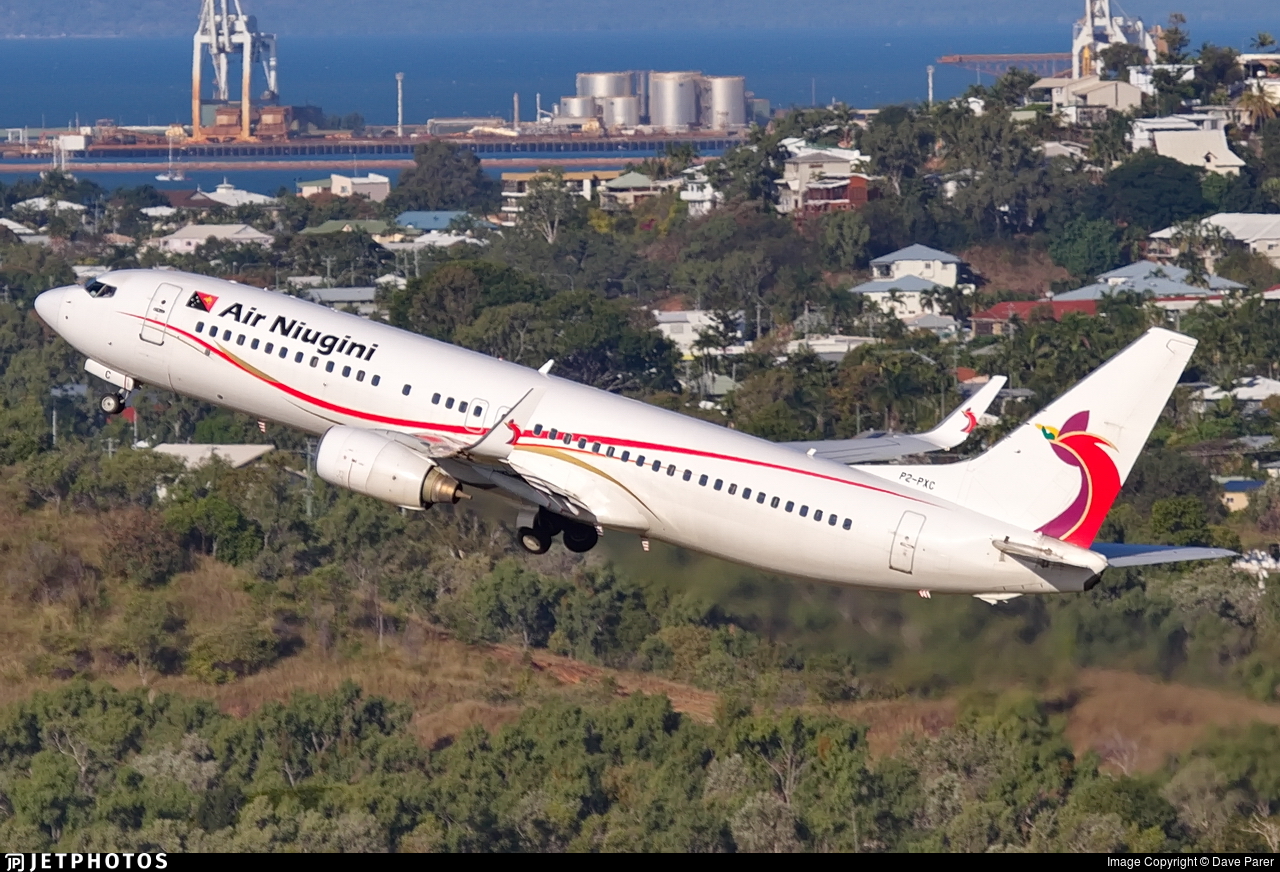 Finnair assigned AY1 for the first time in 2019 with the launch of its Helsinki (HEL) to Los Angeles (LAX) service. For many years the only US city that Finnair served was New York (JFK), but that flight number has tended to be AY5. It took the addition of LAX to inspire them into using flight number 1, apparently. LAX clearly has that effect on many. This route, alas, is also currently paused.

Qantas’ “kangaroo route” to London via Singapore (SYD-SIN-LHR) is a fitting recipient of flight number 1 if ever there was one. For a time the Australian flag carrier made the decision to send QF1 via Dubai instead, after linking up with Emirates in something of a “if you can’t beat ’em, join ’em” business move. That changed back in 2018 as Qantas looked to capitalize once more on strong growth in Asia, and the route turned back into a via-Singapore service (though they remain partners with Emirates). This route is on hold due to the pandemic and we may not see it back for some time yet.

A bit of trivia: the last time QF1 operated was as a very unusual Darwin (DRW) to London (LHR) service in late March.

Turkish Airlines flight TK1 is an Istanbul (IST) to New York (JFK) service that restarted back in July. The 10-hour flight has operated daily since August. Good to see JFK can still hold its own against LAX, which has been especially popular in today’s list (TK’s LAX flight is TK9). 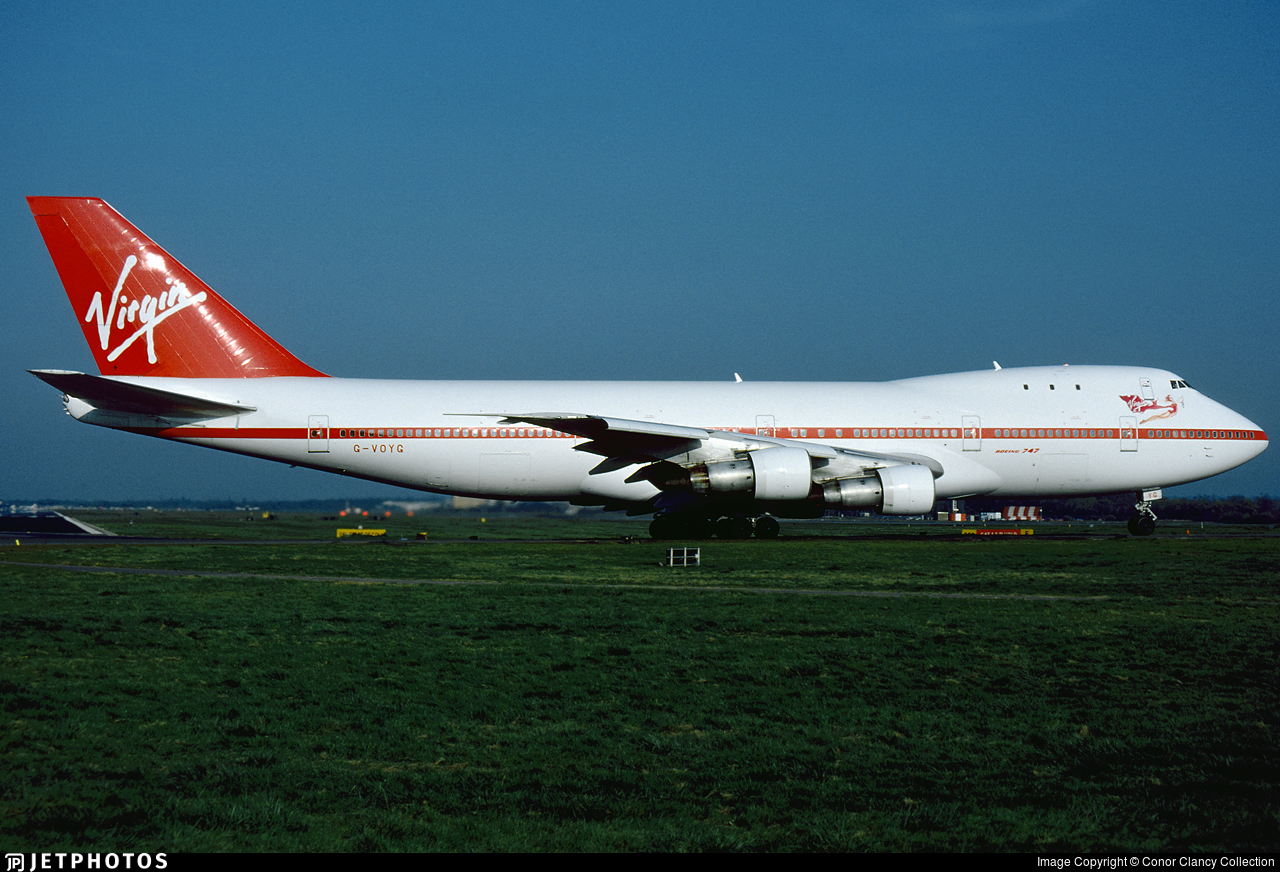 When the pandemic hit, Virgin’s VS1 London (LHR) – Newark (EWR) service was one of the first to get the ax, and the airline announced that it would be permanent. This was actually the carrier’s first ever route, launched in 1984 – except that in the early days the service was out of London Gatwick (LGW) instead. As a result the cancellation carried some symbolic weight. No doubt Virgin does a better business these days in and out of JFK. Perhaps their flight number 1 will eventually make the hop from New Jersey to Queens County?

I think we’ve covered nearly all the flight 1’s by now. Any that we’ve missed? Let us know!