Fighting Fires from the Air

When wildfires grow to sizes larger than a small city, it takes more than a standard fire brigade to put them out. That’s when the world’s fleet of specialized air tankers comes into service. Operated by private contractors and government agencies, air tankers offer the ability to drop massive quantities of water or fire retardant on a fire quickly and without endangering fire fighters on the ground.

Depending on the location of the fire, it’s possible to track a number of tankers either by aircraft type or registration. We track most fire-fighting aircraft with MLAT, so a number of factors determine whether or not an individual flight can be tracked.

You can read more about how we track flights with MLAT here.

This week, aerial tankers fighting fires in California have been in the news more than usual because a hobbyist flying a drone near one of the fires grounded the tanker fleet for a short time. Some of the tankers being used to fight the “Lake Fire” east of Los Angeles are converted DC-10 aircraft, currently the largest tankers in use.

Other kinds of aircraft are also used as fire fighting tankers, including the Bombardier CL-415 “Super Scooper”, which is used by fire fighters around the world, including Italy and Canada. Unlike the DC-10, the CL-415 (Aircraft type filter CL2T) flies along the surface of the water, scooping water into its tanks. 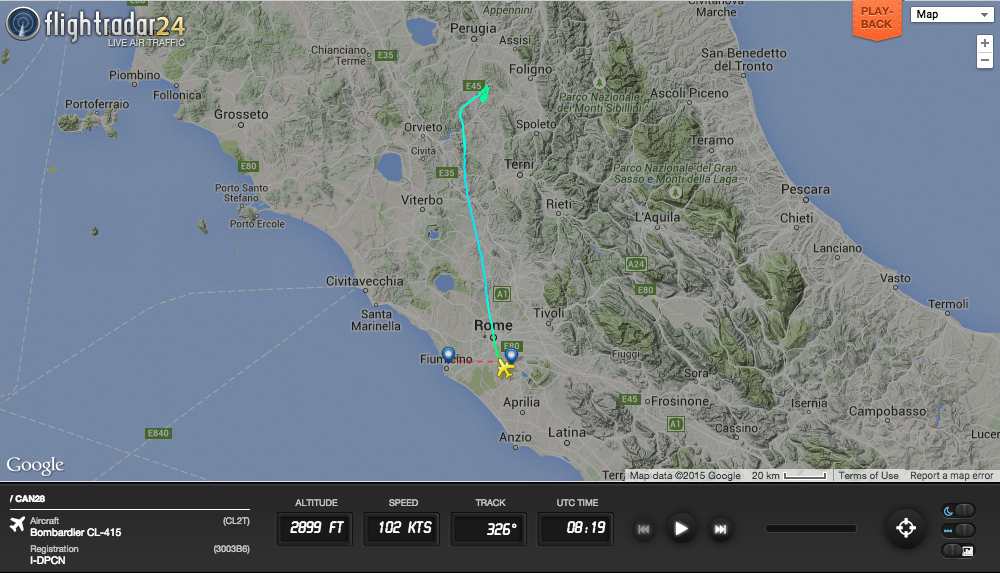 Fighting wildfires is extremely dangerous, as the fires can be fast moving and unpredictable. To assist fire fighters on the ground and tankers in the air, surveillance and command and control aircraft are often employed above a fire. For the “Lake Fire,” LonAire Flying Service’s Twin Commander (Registration filter: N47TT) has been helping direct firefighters’ efforts and ensuring their safety. 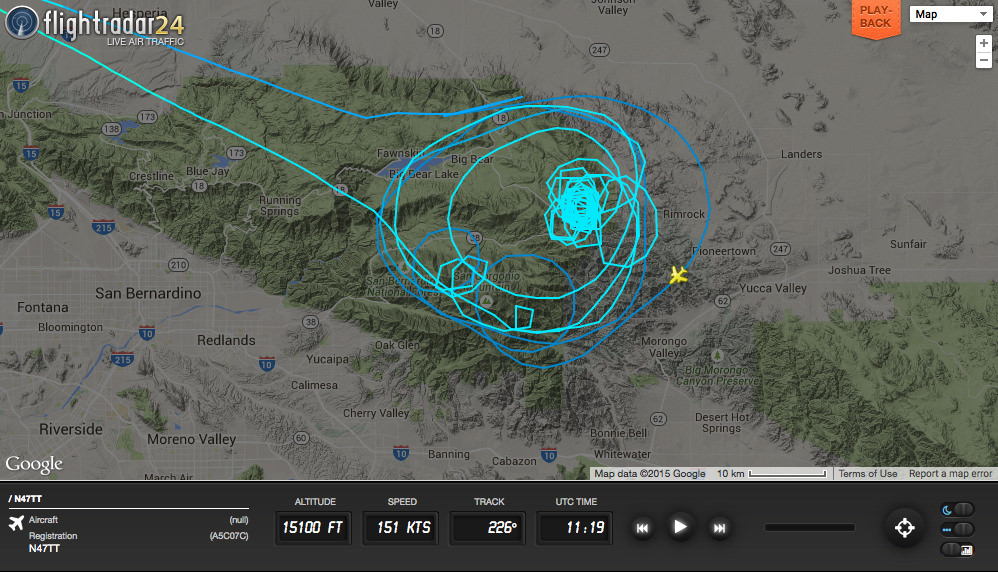 And if you’re looking to build your own aerial super tanker, you’re in luck.