Amid heightened tensions following the 19 June downing of a US Navy unmanned aircraft system by the Iranian military over the Persian Gulf, the US Federal Aviation Administration has banned all US carriers from operating within the Tehran FIR over the waters of the Persian Gulf and Gulf of Oman (highlighted area pictured below).

Very few US carriers operate flights through the Tehran FIR and less than a handful of those cross the now prohibited areas. Flights that do are generally cargo operators. Earlier on June 20 United Airlines canceled its service returning to New York (EWR) from Mumbai and has canceled flights on the route until further notice. While the flight does not usually pass over the prohibited area, United said a thorough safety and security review prompted its actions. UA48 and UA49 both regularly transit overland portions of the Tehran FIR (see below).

The real effects may felt if carriers in other countries decide to follow the FAA prohibition or if other national authorities issue their own prohibitions.

In 2014, security concerns above Iraq prompted much of the traffic between the Gulf states and Europe and North America to begin transiting Iran. In November 2017, Iraqi airspace reopened to transiting traffic, pulling in traffic that had previously transited Iran. The below images show the regional airspace in on 21 June from 2017, 2018, and 2019. 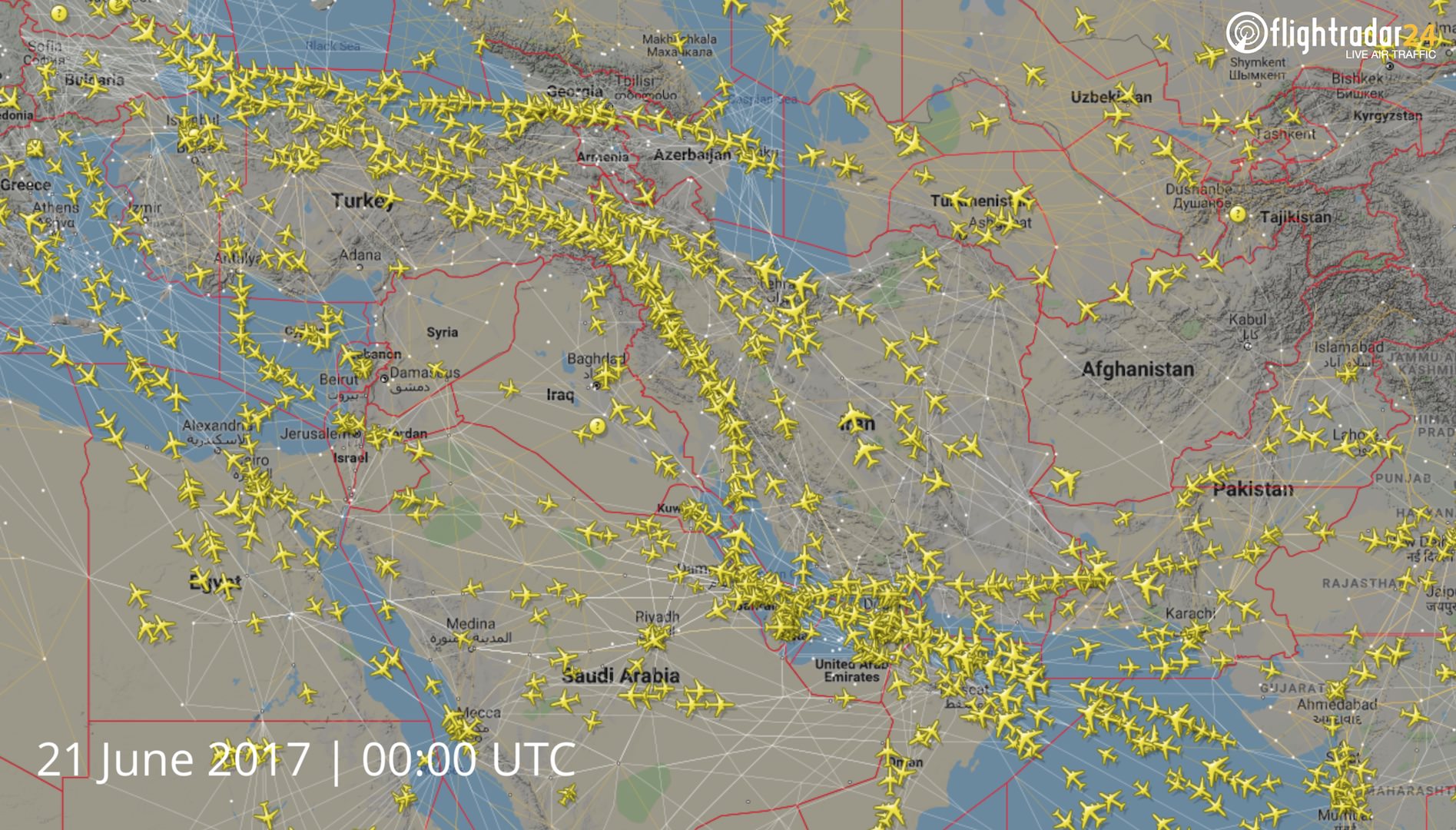 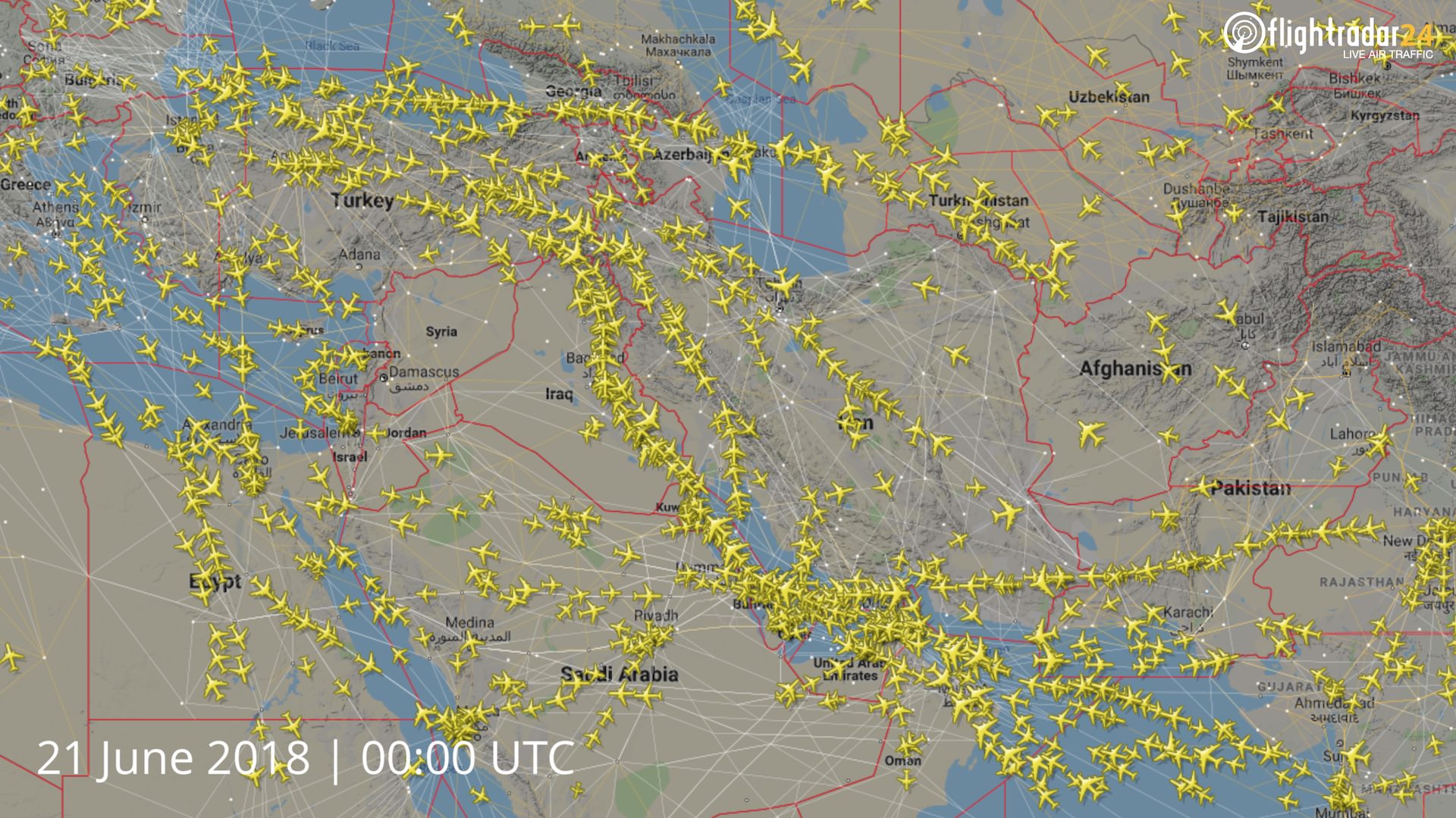 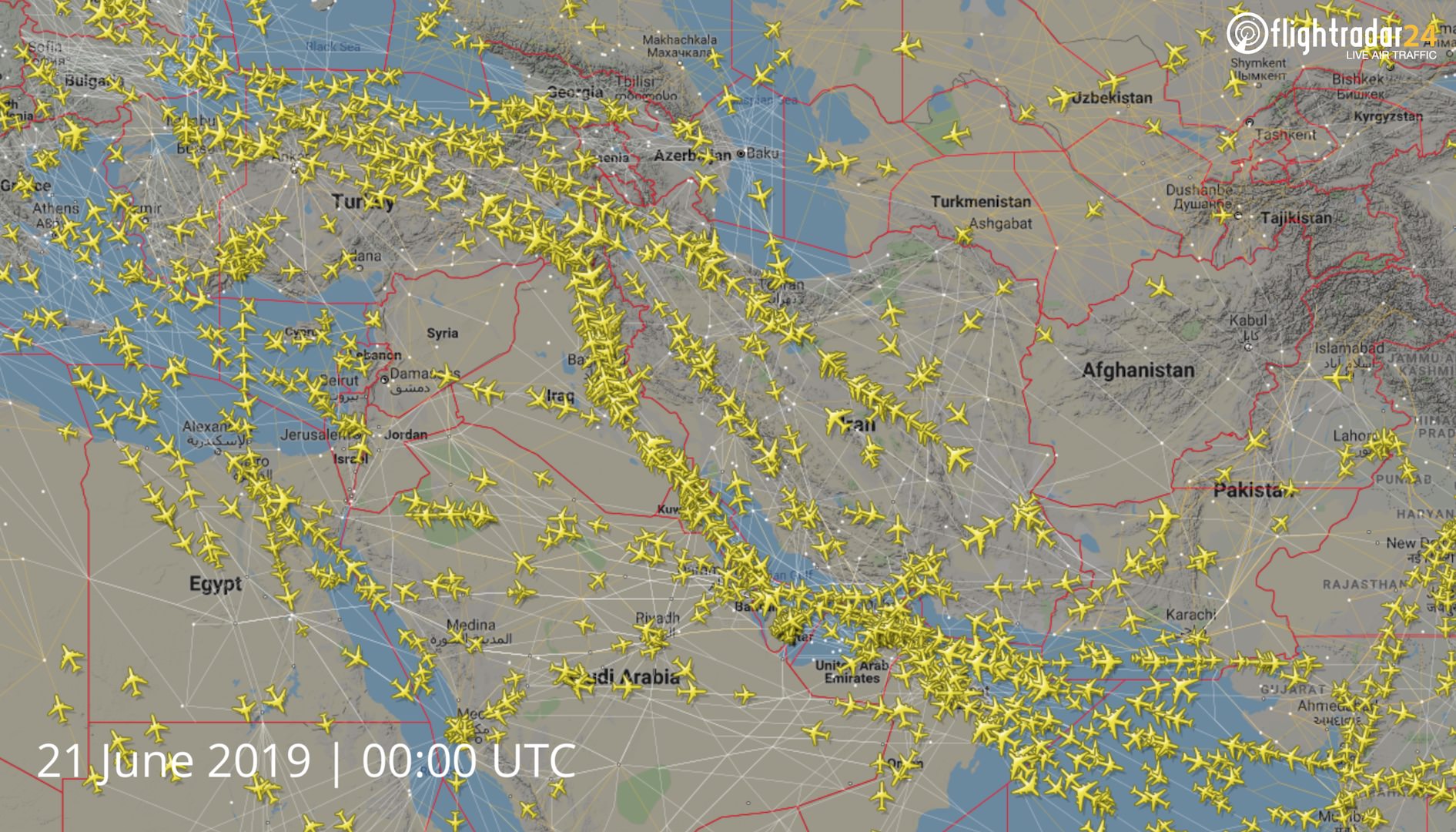 There are a few changes worth noting. From 2017 to 2018, the concentration of transiting flights to and from Europe/North America between the big 3 hubs—Dubai, Doha, Abu Dhabi—shifts from Iran to Iraq. From 2018 to 2019 flights that previously transited Pakistan, Afghanistan, and Turkmenistan now primarily route through Iran due to the continued airspace restrictions put in place by Pakistan. This has also pushed much of the transiting traffic south, nearer to the area now prohibited to US carriers.

This is a developing story and updates will be posted in this post as necessary.