How the European low-cost carriers faced the pandemic

As the pandemic shut down most flying over the course of March, the major low-cost airlines of Europe weren’t spared. Each of the big three – easyJet, Ryanair and Wizz Air – saw flying drop dramatically. However these three were also among the airlines leading the charge when it came time to add flights back to schedules this summer. Flightradar24 tracking data for these airlines shows how that played out. 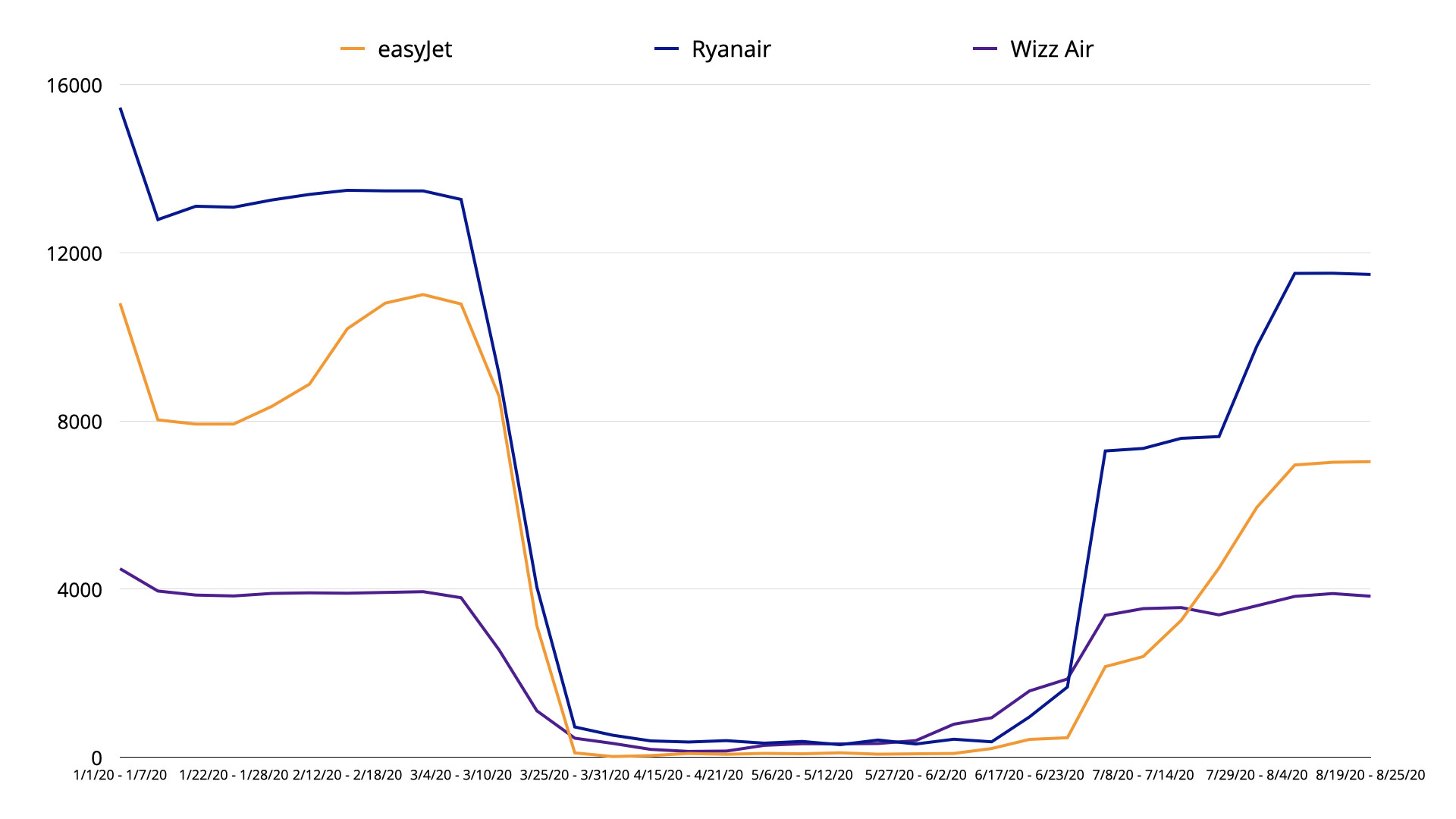 What this chart reveals is that Wizz Air was clearly the most aggressive of the three. Wizz had the most flights of the three LCCs during June, adding flights back faster than its rivals. It also got back to nearly pre-pandemic levels of flying and maintained that during July and August. Ryanair and easyJet, on the other hand, only ever got back to a reduced level of flying.

If we cut out some of the highest points of the year and look a little closer at the worst months for these airlines, we can get a closer look at how the three compared. 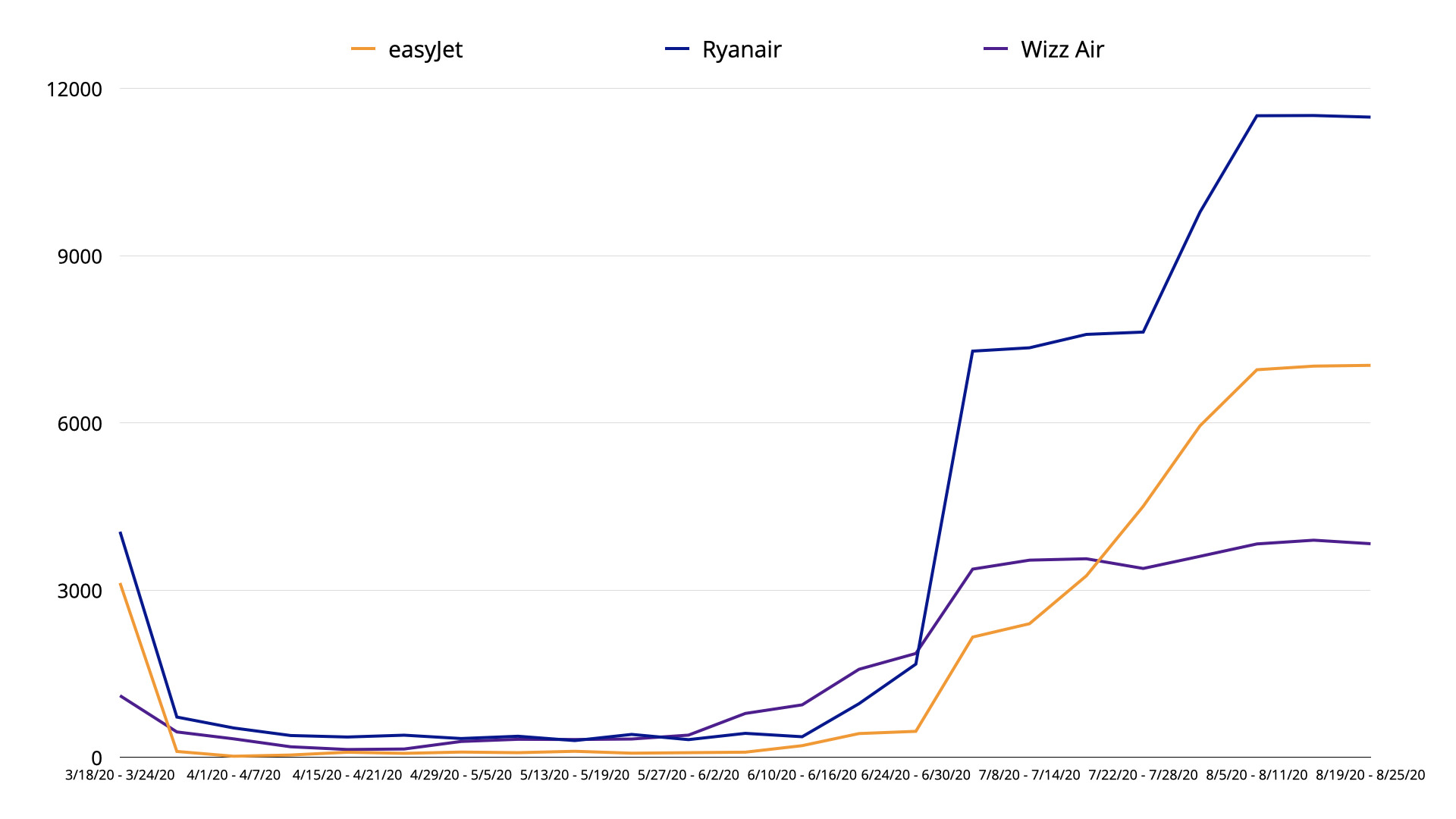 It’s clear from this that easyJet was the most conservative of the three, both in terms of reducing flights to a minimum and being slower to add them back in June and beyond. We can see that toward the end of June Ryanair added flights back in one massive push, whereas Wizz Air took a more gradual approach to doing so. Wizz picked up quite a bit of press for being among the first to restart flights from places like the UK. It also pressed on with plans to launch Wizz Air Abu Dhabi.

Just about every airline is now coming off the summer finding that it needs to reduce flying again, as the number of leisure travelers dwindles, business travelers are mostly absent and fears of new coronavirus waves and quarantines persist. And already we’ve seen two of the three low-cost carriers announcing and/or confirming the closure of bases this autumn – easyJet in the UK; Ryanair in Spain, Italy and beyond. Wizz Air, meanwhile, has announced several new routes and the addition of two new UK bases – Doncaster (DSA) and Gatwick (LGW).

It will be interesting to look at the data for all three carriers again in a few months time, in particular to see whether Wizz Air has been able to keep up its aggressive approach or not, and whether the others will continue to play things a little safer, or change tack.