Etihad Airways has taken delivery of its special 787-10 ‘Greenliner’ (A6-BMH). The ‘Greenliner’, which features a special livery, will be used to research sustainability initiatives while in service on regular routes. The delivery flight also explored three efficiency projects in conjunction with Boeing engineers to examine their impact on fuel consumption. As part of the partnership between Etihad and Boeing, findings from these projects will be shared with all 787 operators to improve the efficiency of the entire fleet. 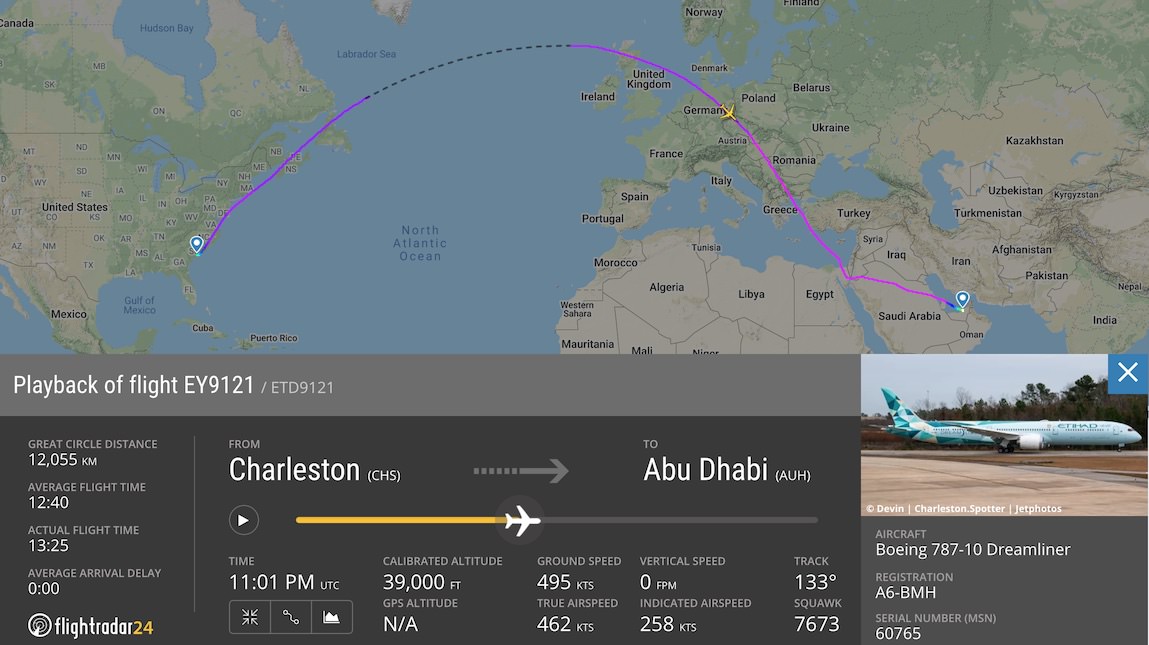 In addition to a 30% bio-fuel blend for the delivery flight, Etihad and Boeing engineers will employ three separate initiatives as part of the Greenliner program. Pilots and engineers will use Boeing’s FliteDeck Advisor, which uses metrics specific to an individual aircraft and data during flight to suggest adjustments to reduce fuel consumption and save time.

A second Boeing-developed project, Nautical Air Mileage Evaluation (NAME), will be used for the first time on a 787 operating on a bio-fuel blend. NAME assesses fuel mileage and consumption based on the aircraft’s performance parameters and fuel flow at any given time.

On approach to Abu Dhabi, the Greenliner will operate a more efficient continuous descent as opposed to the standard multi-step approach where an aircraft descends to a certain flight level, maintains that altitude, then descends again.

Following the delivery flight the Greenliner will be used to examine other sustainability initiatives with a range of industry partners. Etihad has committed to halving its 2019 carbon emissions by 2035 and operating on a carbon neutral basis from 2050 and lessons learned from the Greeliner program will inform both Etihad’s and other 787 operators efforts to reduce carbon emissions from their aircraft.