Emirates to restart A380 flights this week

Emirates will restart service with its Airbus A380s this week after nearly four months on the ground. Flights by the A380 will restart to London and Paris beginning 15 July with additional services to follow. At 115 aircraft, the Emirates A380 fleet is the largest in the world.

Track the Emirates A380 flights

Set an alert for EK1 and EK73 to be notified as soon as the flights are active. Or use a combination of Airline/call sign filter ‘UAE’ and aircraft filter ‘A388’ to track just Emirates A380s.

The A380 fleet last year 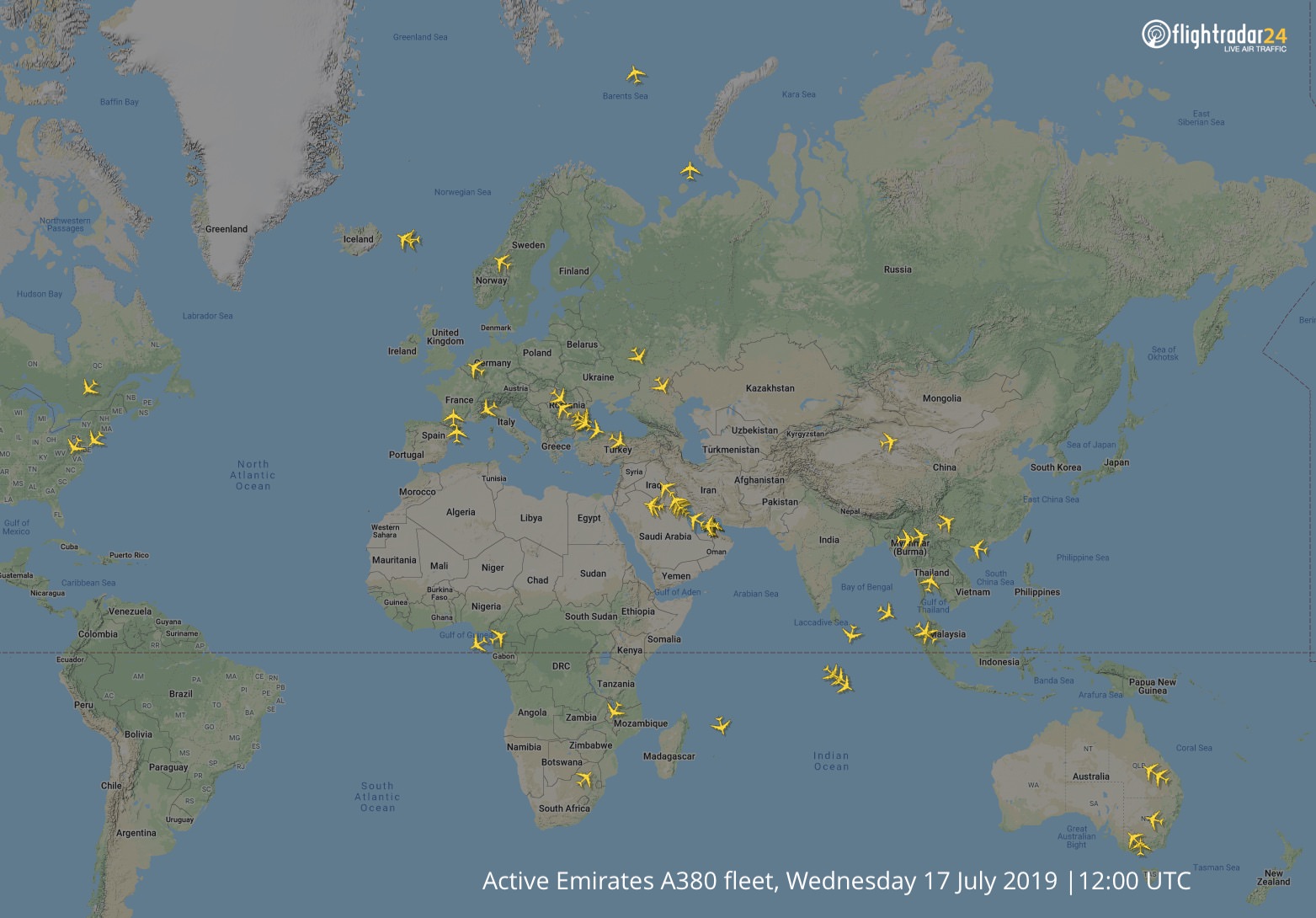