Eight Impressive Runways Around the World

Aerial photos of airports are often similar—a few runways with a terminal surrounded by a large tract of flat land. But not every airport fits the mold. Some runways are carved into mountain sides, some are paved right in the middle of a city, and others sit on an island in the middle of the ocean. We took a look through the JetPhotos catalog to showcase some of the more impressive runways around the world. 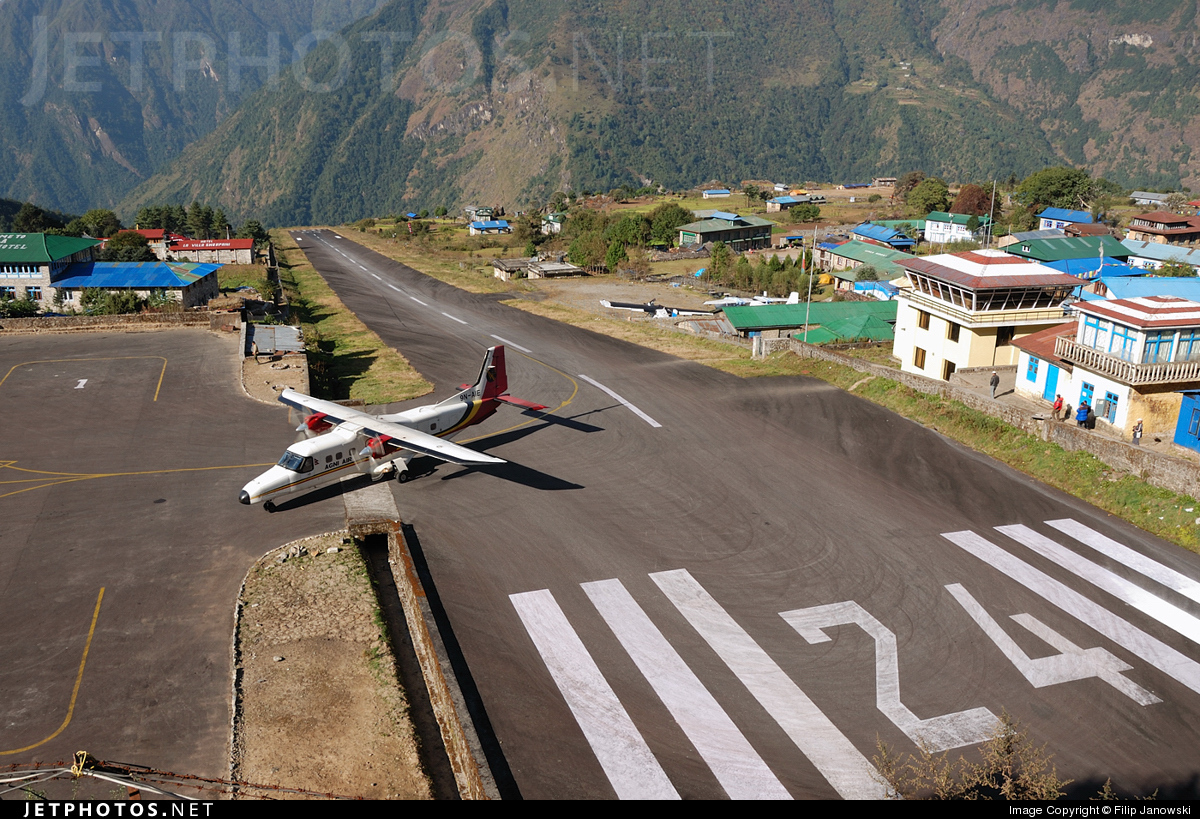 Situated 2,845 meters above sea level in the Himalayas, Lukla is the airport used by most Mt. Everest climbers to begin their climb. Lukla however, is most notable not for its height, but for its location in a valley between the mountains. Flights land on the airport’s runway 06, which slopes up at an 11.7 percent grade. Flights land only on runway 06 due to a mountain at the end of the runway. Flights then depart runway 24 down the sloping runway into the valley below.

More photos from Lukla on JetPhotos 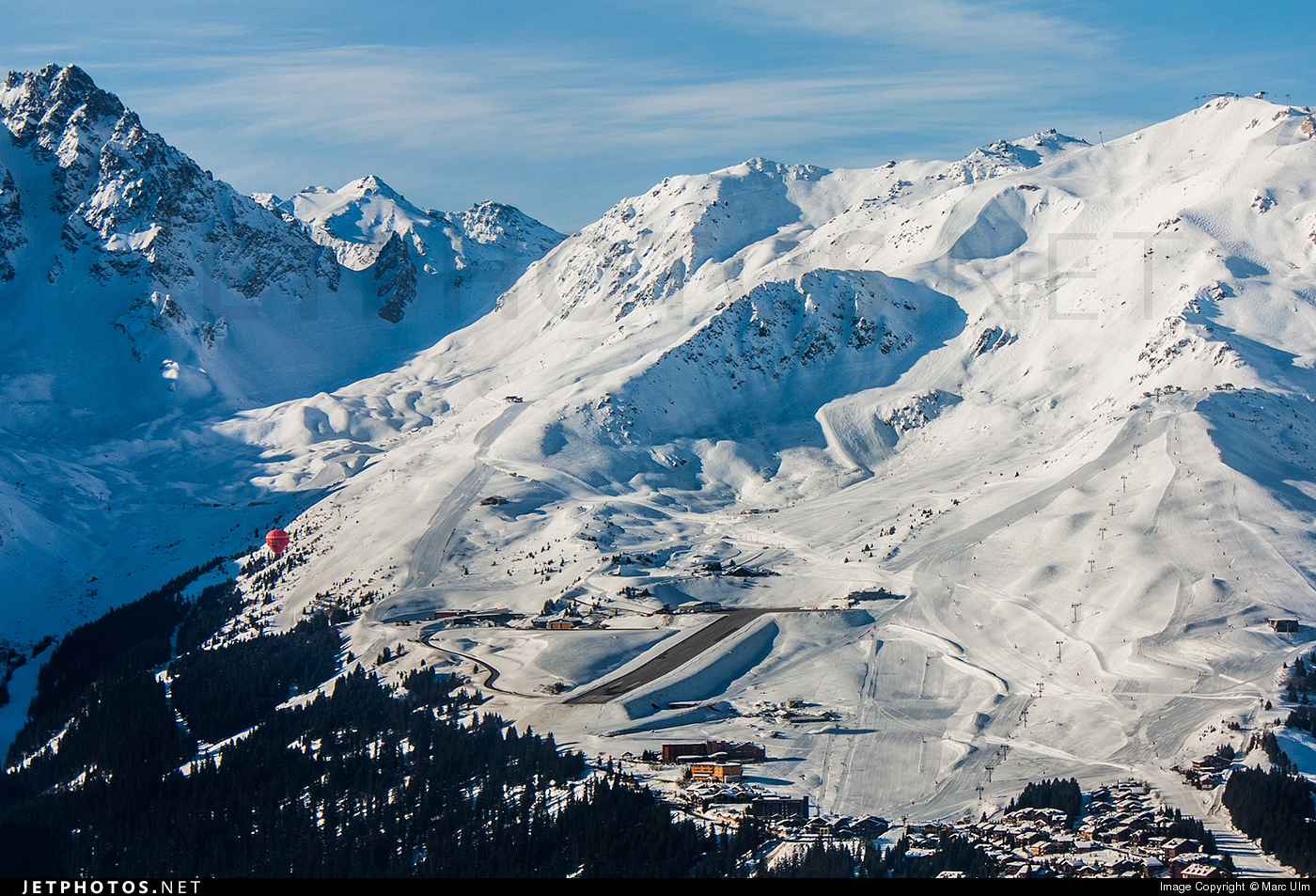 Another sloping runway in the mountains is Courchevel in the French Alps. With a staring role in a James Bond film and countless television specials, Courchevel is similar to Lukla for its single runway approach. But unlike Lukla, it’s possible to ski to your jet in the winter.

More photos from Courchevel on JetPhotos 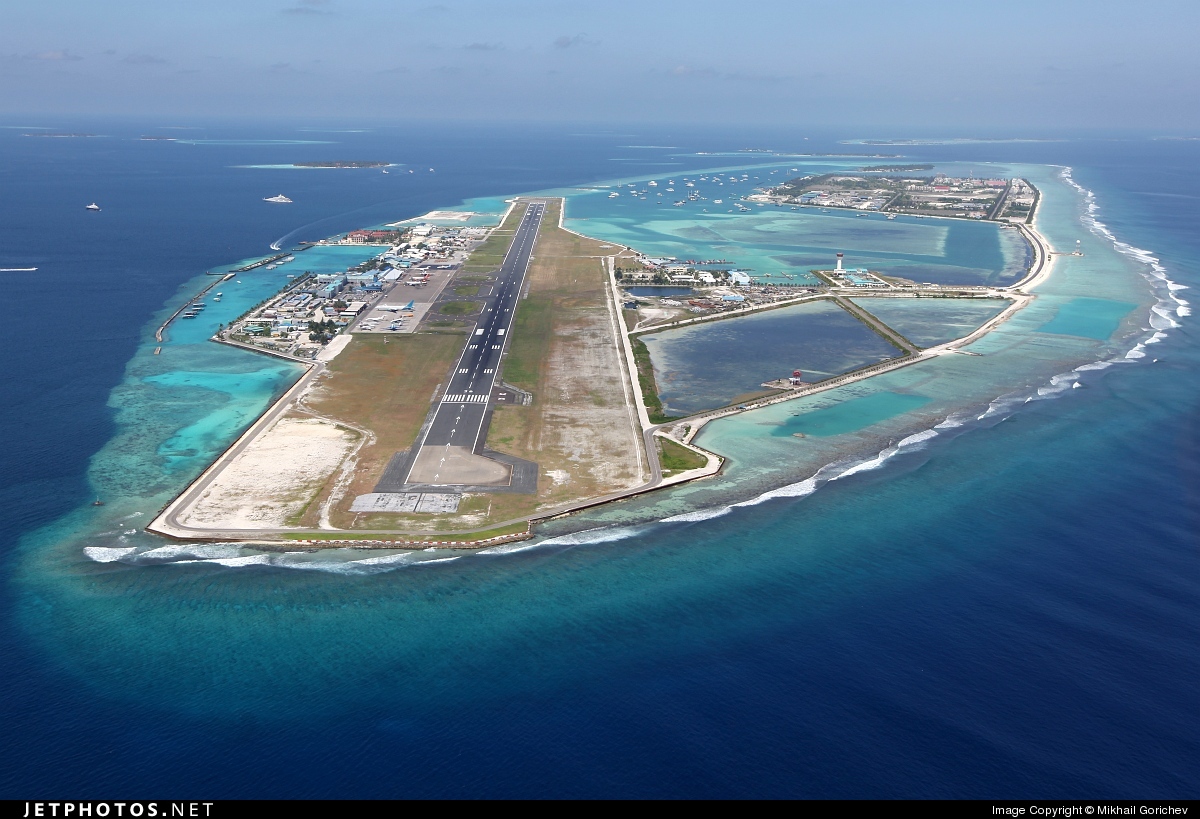 From the mountains to the sea, Male Airport in the Maldives rises just 1.7 meters out of the ocean. International flights use the airport’s single 3200 meter runway, while intra-Maldives flights take advantage of the largest sea plane base in the world. The airport also boasts a substantial marina so travelers can arrive via speed boat and depart on a 777. 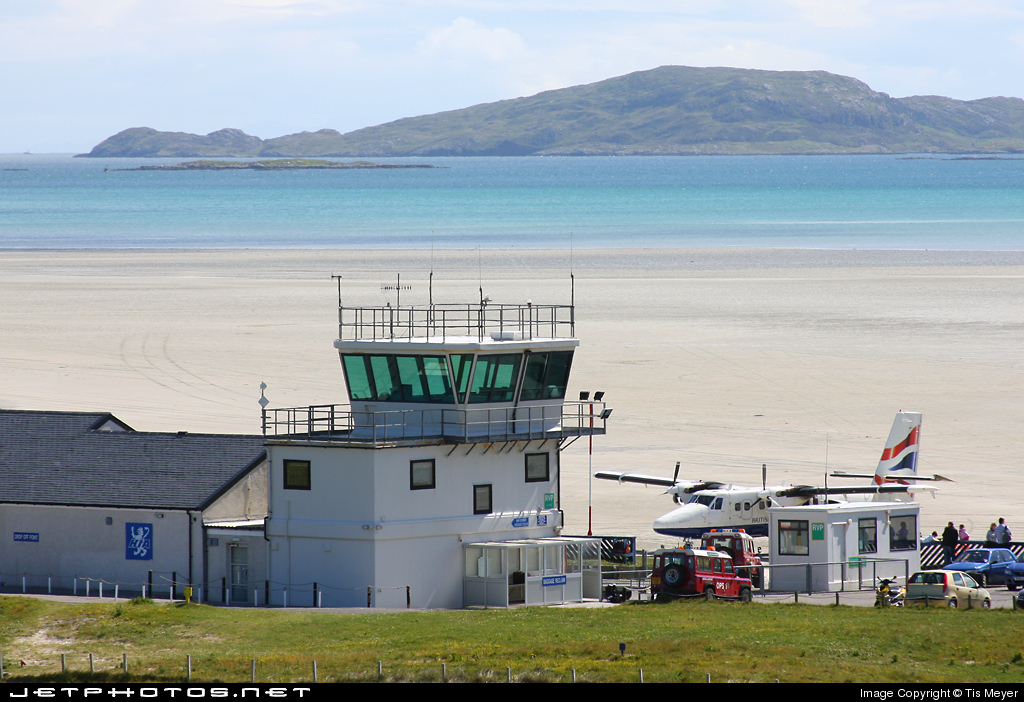 While Male Airport is built on top of the sand, Barra just uses the beach. Barra operates three runways across the beach to account for varying wind conditions, with each runway end marked by wooden poles. Flights, for obvious reasons, only operate during low tide. 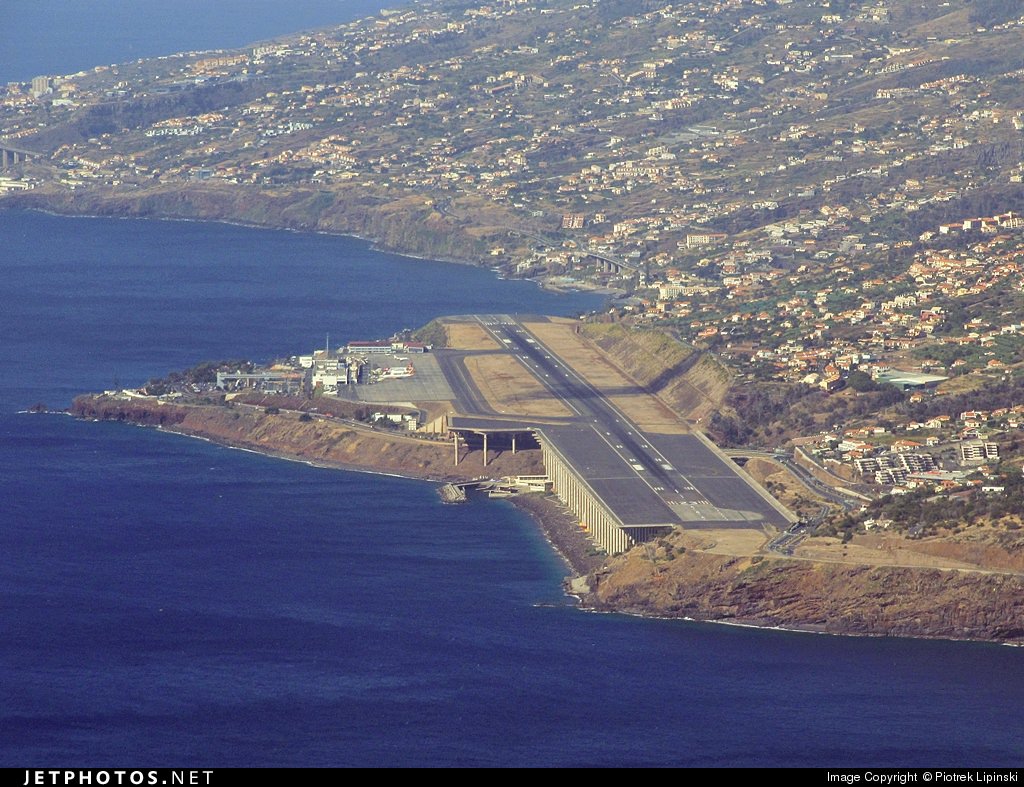 Madeira Airport (also known as Funchal) in Portugal was long considered a dangerous place to land due to its location carved into the hillside near the water. As aircraft got bigger, Madeira needed to expand as well. In the 1970s and 80s Madeira expanded the runway and terminal area, but in 2000 the runway was expanded to 2800 meters to accommodate even larger aircraft. The runway extension includes a 1020 meter bridge 57 meters above the sea supported by 180 columns. 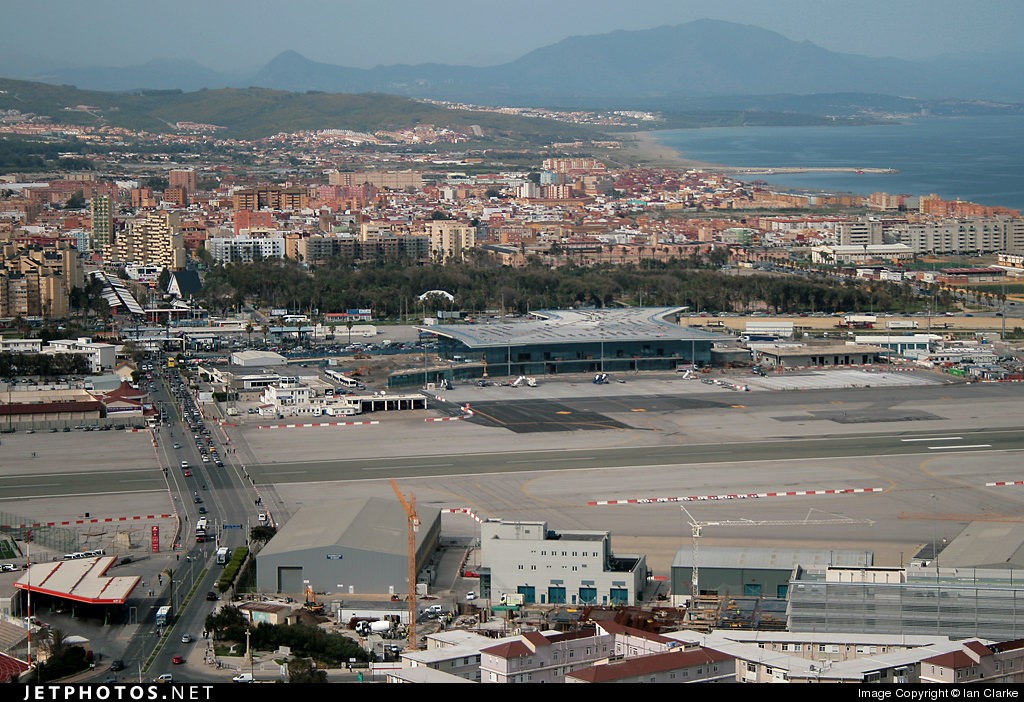 Gibraltar International Airport is similar to any other international airport, except that a major roadway bisects the runway. Traffic on the roadway, which is Gibraltar’s main connection to Spain, is halted during aircraft arrival and departure.

Unfortunately not yet in the JetPhotos catalog, but too interesting not to mention, is Gisborne Airport in New Zealand. Similar to Gibraltar’s runway, Gisborne is bisected by another form of transportation. But there, a rail line intersects the runway. If you have photos of Gisborne that you’d like to share, please submit them to JetPhotos. 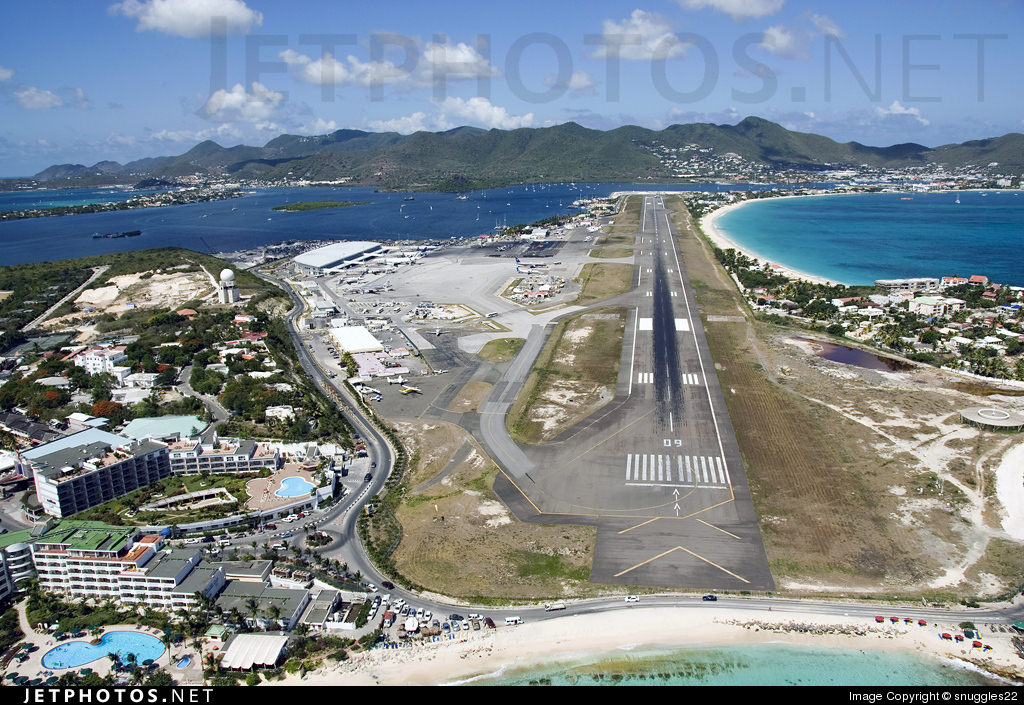 Known for its spectacularly low landings and blasting tourists off the beach, Princess Juliana Airport is a destination for aviation lovers around the world. Flights landing on runway 09 pass over the beach mere seconds from touchdown. The beach itself is only separated from the runway by a small two-lane road. Aircraft departing the airport predominately use runway 09 as well, sand blasting beach goers daring enough to stand behind the jets, but sometimes departures make use of runway 27 as well. Runway 27 departures make the photo below possible. 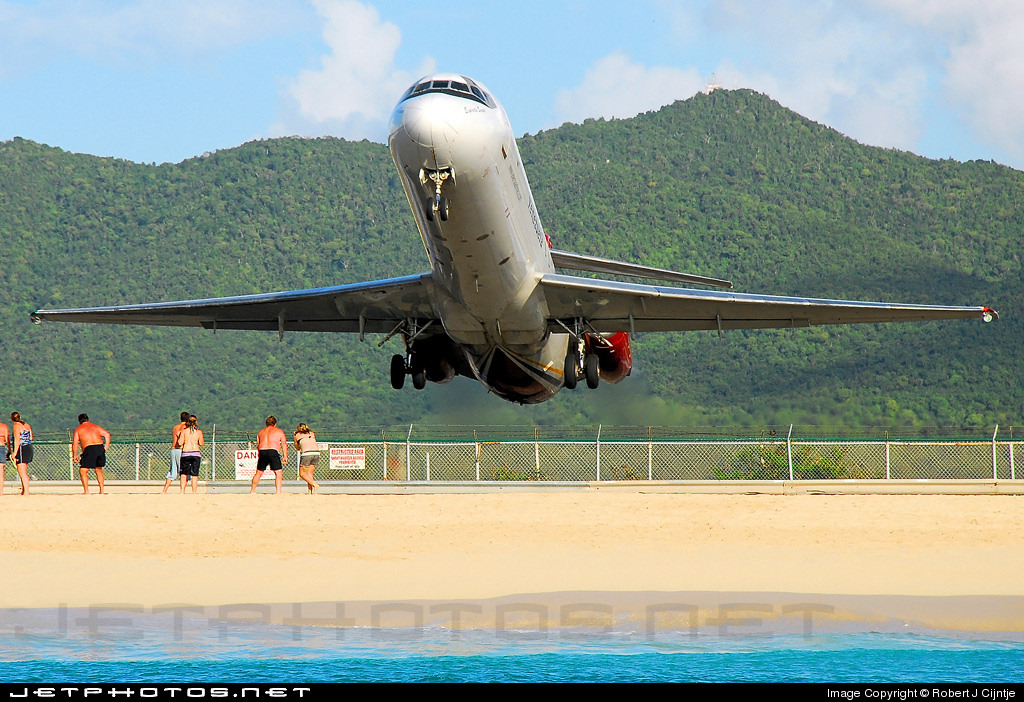 Air France A340 on JetPhotos