For one week each year, Whittman Regional Airport in Oshkosh, Wisconsin, becomes the busiest airport in the world. From 20 to 26 July this year, over 10,000 aircraft will fly in from all over the world for the Experimental Aircraft Association’s AirVenture. AirVenture, the self proclaimed “World’s Greatest Aviation Celebration”, will host over 500,000 people. We’re excited to announce that this year, we’ll be among them. We’ve also been expanding MLAT coverage in the Oshkosh area, so we hope to be able to track many of the 10,000 aircraft flying in for the week. 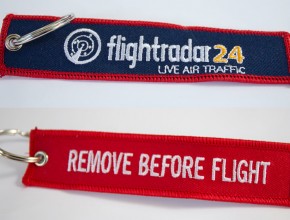 We will be at AirVenture 24-26 July this year, taking in the sights and talking with pilots, aviation enthusiasts, and anyone else who wants to chat. We’ll also have Flightradar24 t-shirts and Flightradar24 “Remove Before Flight” key chains for winners of on-the-spot aviation trivia contests. If you’re going to be at Oshkosh, we’d love to talk to you. If you’re interested in hosting a Flightradar24 receiver or if you have questions about hosting a receiver you would like answered we’d love to talk to you even more.

Oshkosh also plays host to special visitors each year. This year Airbus will bring its A350XWB to Oshkosh 20-22 July as part of its #A350XWBTour. On 20 and 22 July the A350 will perform an aerial display and it will be on static display all day on 21 July. We’ll be getting an inside look at the A350 when it comes to Chicago’s O’Hare International Airport on 17 July before flying to Oshkosh. We’ll be posting photos from our tour and demonstration flight on Twitter and Facebook. You can track the progress of the #A350XWBTour on Flightradar24 now.

What Should We do in Oshkosh?

We’re also looking for ideas about what to see while at AirVenture. If you have been to Oshkosh in previous years, what’s on your must-do list? Send us a tweet or post on Facebook and let us know what we shouldn’t miss.

We’ll be active on Twitter and Facebook while we’re there. If you want to chat or answer a trivia question for a chance at a t-shirt or key chain, send us a tweet or facebook message. You can also be a part of the entire AirVenture conversation on twitter by following the hashtag #OSH15 and the official EAA account. We’re look forward to joining the 500,000 other aviation enthusiasts at Oshkosh in a few weeks. We hope to see you there! 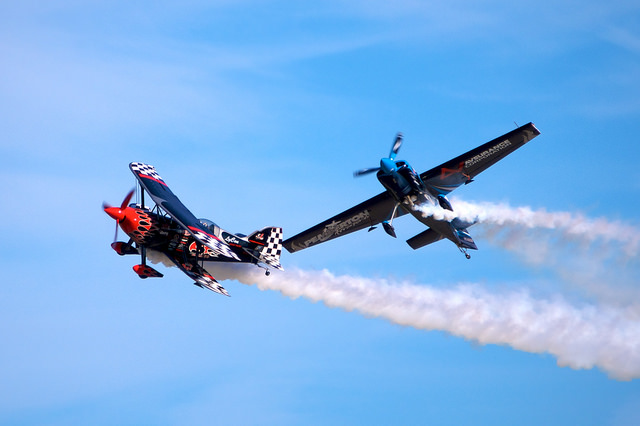