Blog  >  Just for Fun  >  David Blaine straps himself of a bunch of balloons, parachutes from 25,000 feet

David Blaine straps himself of a bunch of balloons, parachutes from 25,000 feet

David Blaine acted out every child’s fantasy today when he strapped himself to 52 helium-filled balloons and then parachuted back to earth from 25,000 feet. Blaine lifted off just before 15:00 UTC from Page, Arizona and climbed for about 45 minutes before releasing himself from the cluster of balloons.

Blaine’s bunch of 52 helium balloons carried him to 25,000 feet before he released his harness and parachuted back to the ground.

After release his team guided the balloons back to the ground by venting the helium for a safe recovery to the south of the release point.

A new aircraft type in the Flightradar24 database

We had to make some database additions to accommodate Blaine’s unique form of transportation. To the best of our knowledge, this was the first ever ADS-B-equipped bunch of balloons. 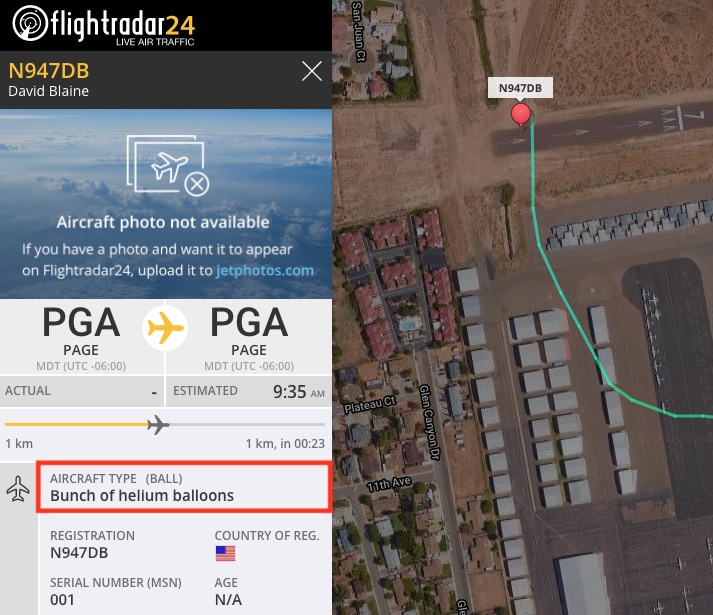