A MyCargo/ACT Airlines 747-400F operating for Turkish Airlines as flight TK6491 crashed while attempting to land at Manas Airport (FRU/UCFM) in Bishkek. Media reports and images from the scene indicate the aircraft crashed into a residential area west of the airport.

Update 4 March 2020 — Investigators released their final report on the crash of TK6491 on 4 March 2020. The report details the conditions and actions of the flight crew and air traffic control that contributed to the crash. The report is available in full here. 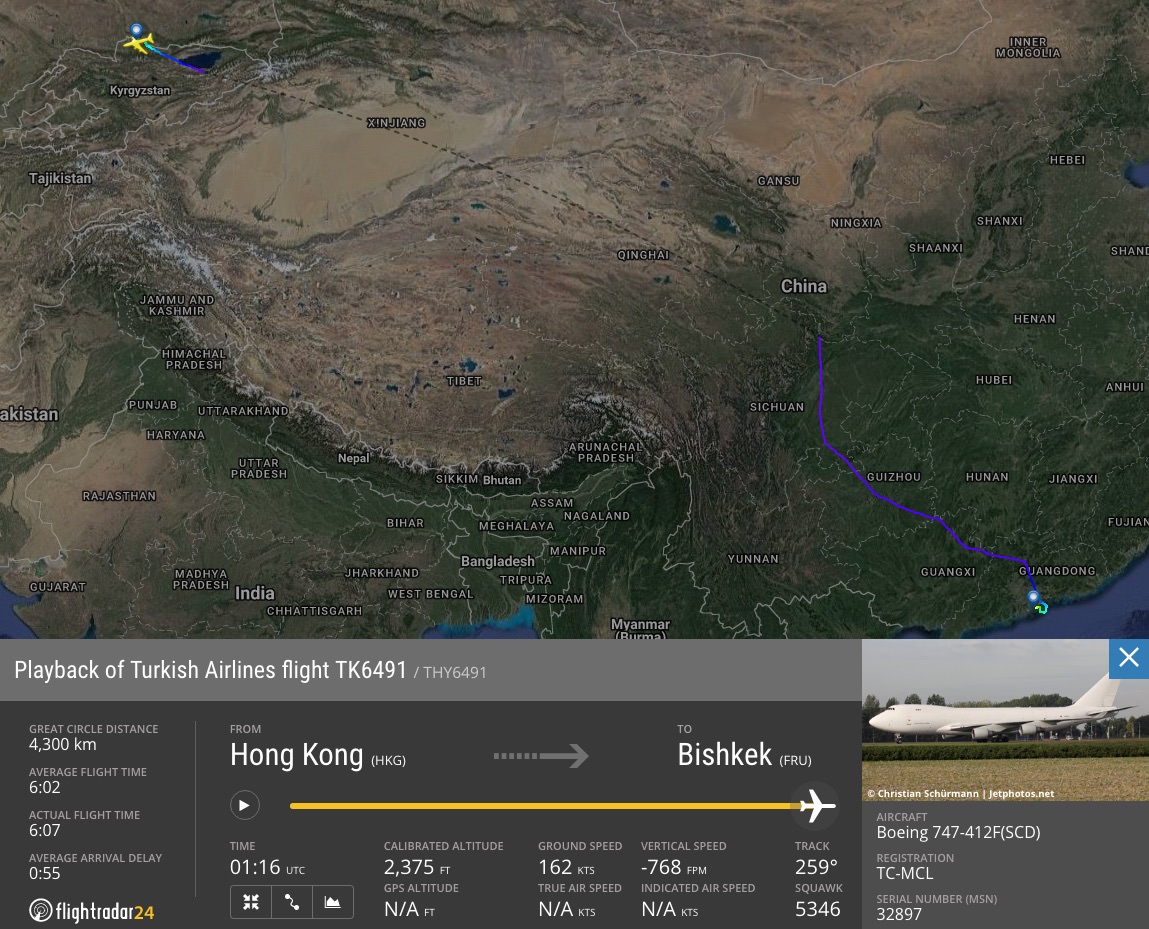 The initial data and the additional decoded data are available for download separately below.

Note on individual playback page, additional decoded data import after 01:16:38 does not include speed values, values are marked as 0.