Playback for 7K9268 may be viewed on our aircraft history page.

The table below represents the final data we received from the aircraft. At no time did we receive a 7700 squawk from 7K9268.

The full data set may be accessed in csv format here.

An important note about the csv file. Rows are in time order based on when data was processed from each receiver and not necessarily in chronological order. 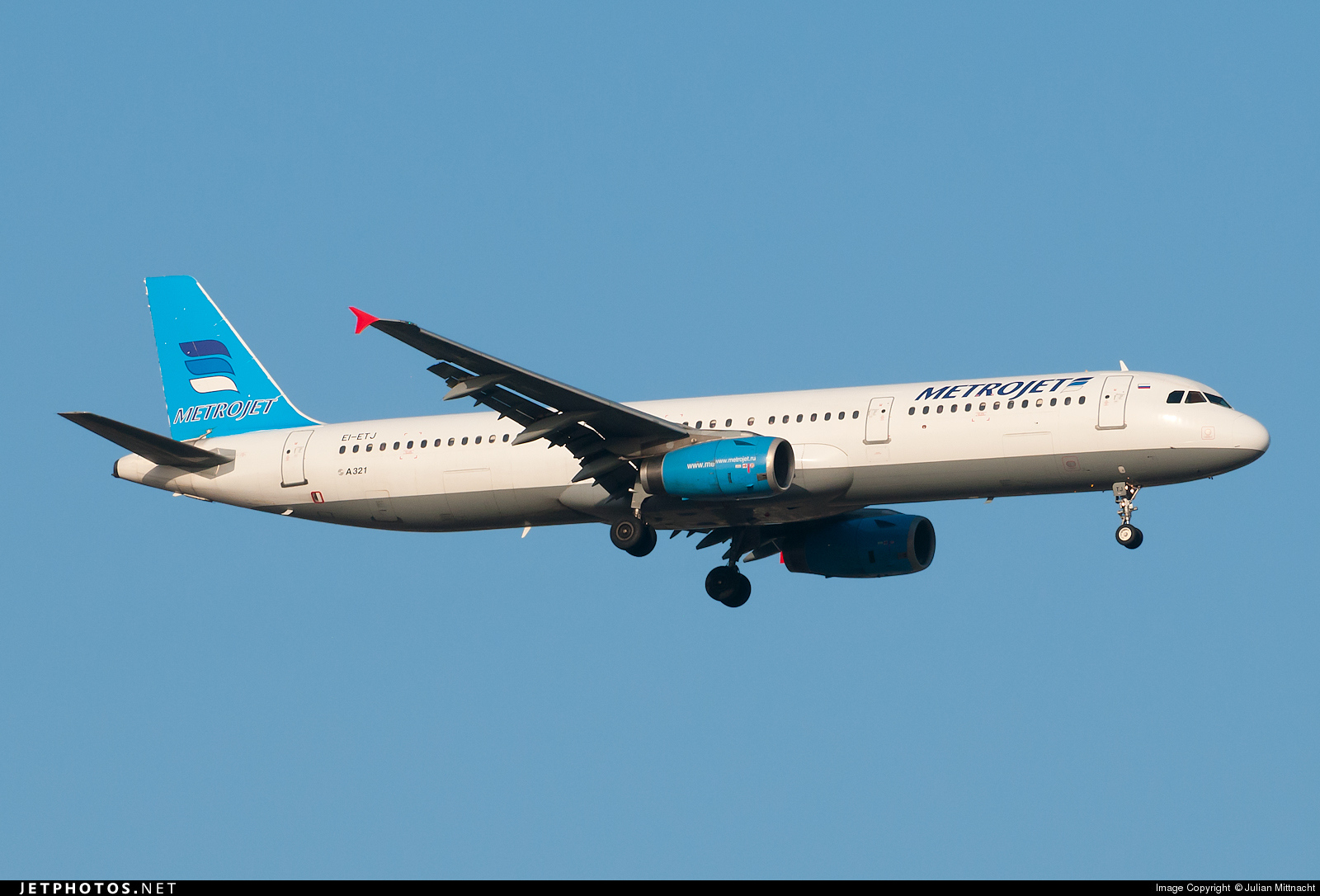 The aircraft operating flight 7K9268 was EI-ETJ, an Airbus A321-200. It was powered by two IAE V2533-A5 engines. The aircraft was manufactured in 1997. Further aircraft information may be found in our JetPhotos database.

Other Traffic in the Area

The following image sequence shows other traffic we tracked in the area between 00:00 and 06:00 UTC on 31 October.

The following image shows traffic in the vicinity of 7K9268 at the time of the crash. 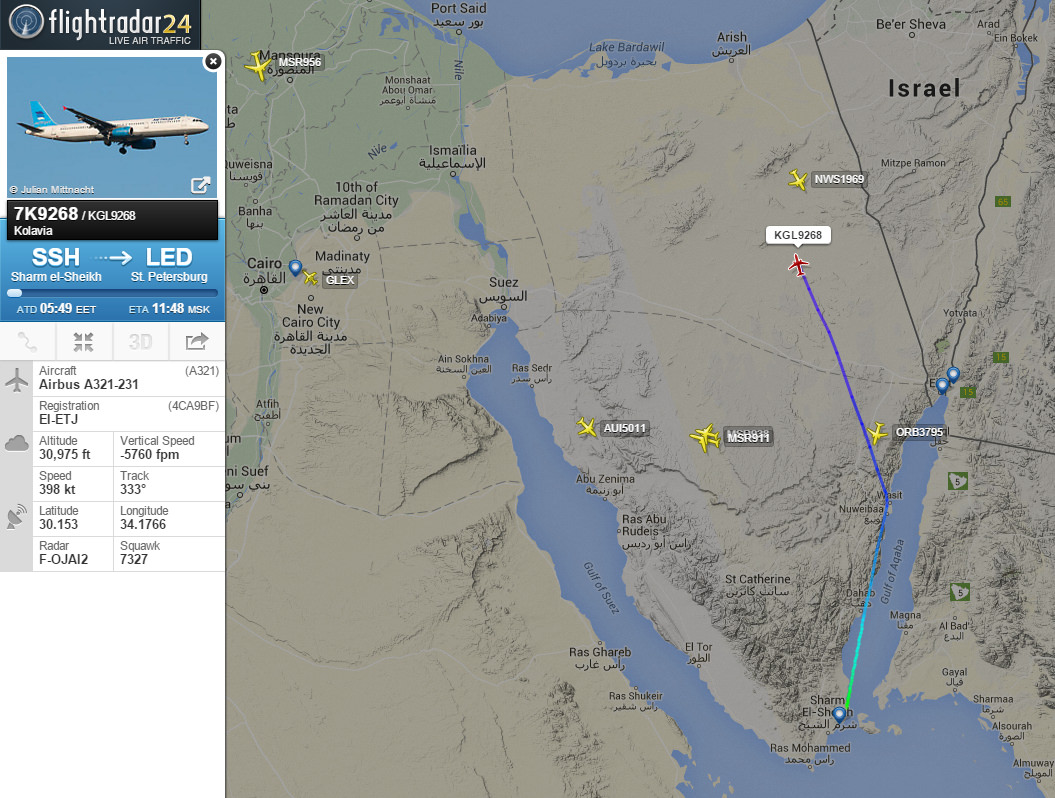 Please direct all press inquiries via our Press page.