Flying cars, strange detours, impossible flight paths? When tracking hundreds of thousands of flights per day, various errors arise from time-to-time. We regularly get questions about why a particular flight track looks odd and the reason often falls in to a few categories.

Transponders can generate errors by transmitting random or incorrect position information, like the Air Canada flight below. This leads to impossible looking flight paths that often contain a jagged, switch-back look. 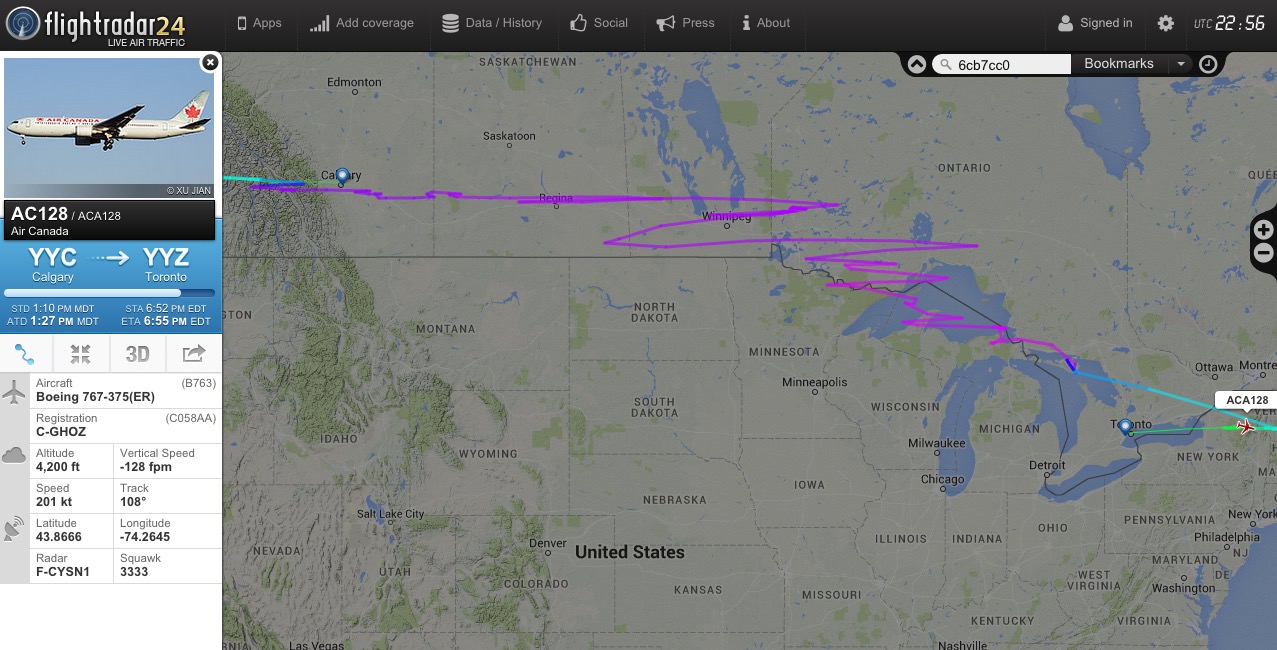 A more common type of transponder error leads to one of our most asked questions: “why did this plane land outside the runway?” While this can be alarming upon first glance, the aircraft has indeed landed on the runway. This error occurs when the transponder is relaying incorrect position data. On certain aircraft, such as older Airbus A300, Boeing 737, 757, or 767s (like the one in the photo below), position data is calibrated on the ground before takeoff and is subject to drift over the course of a flight. This error is compounded by the length of the flight, winds aloft, and circular holding patterns. 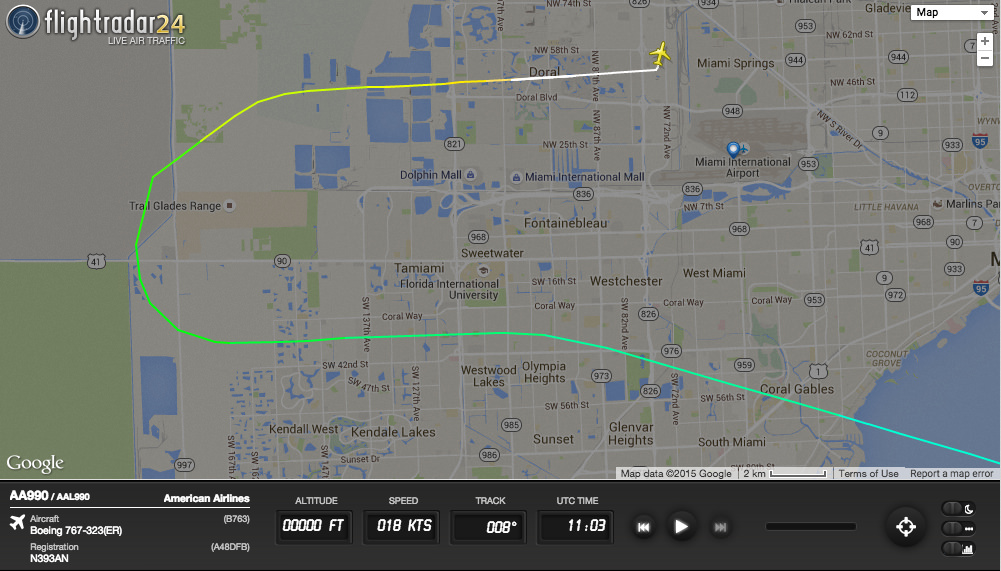 Wrong transponder codes also play a role of making some flights look like they’re jumping all over the map. At any one time, about 10 aircraft are using the same incorrect code, such as “AAAAAA”, as their transponder code. We track all of those together as one flight, creating the illusion that the flight is jumping around the map.

Detours can happen with both MLAT and ADS-B if there is a problem with the signal. When tracking flights with ADS-B, if we receive a position report of 85 degrees of longitude instead of 84, an aircraft can jump one degree on the map. This can also happen when we’re tracking flights with MLAT when the signal is weak, such as on take off, landing, or low altitude flight. MLAT calculations are based on the speed of light, so a small timing error can create big errors on the map. 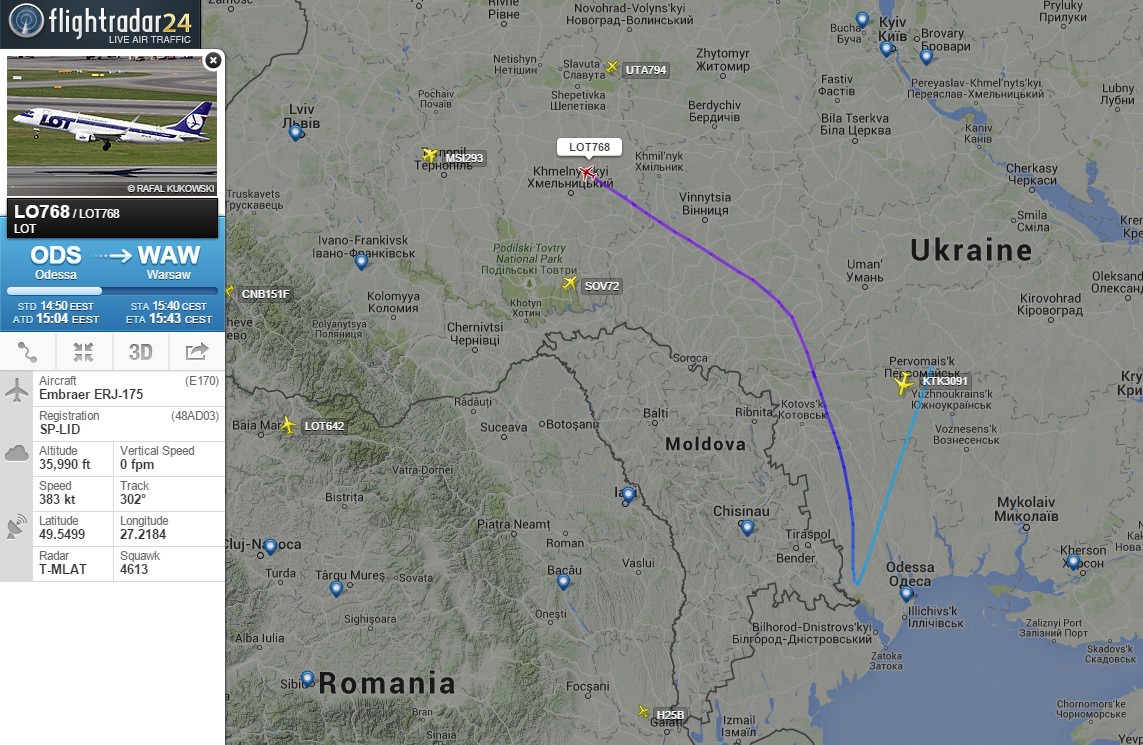 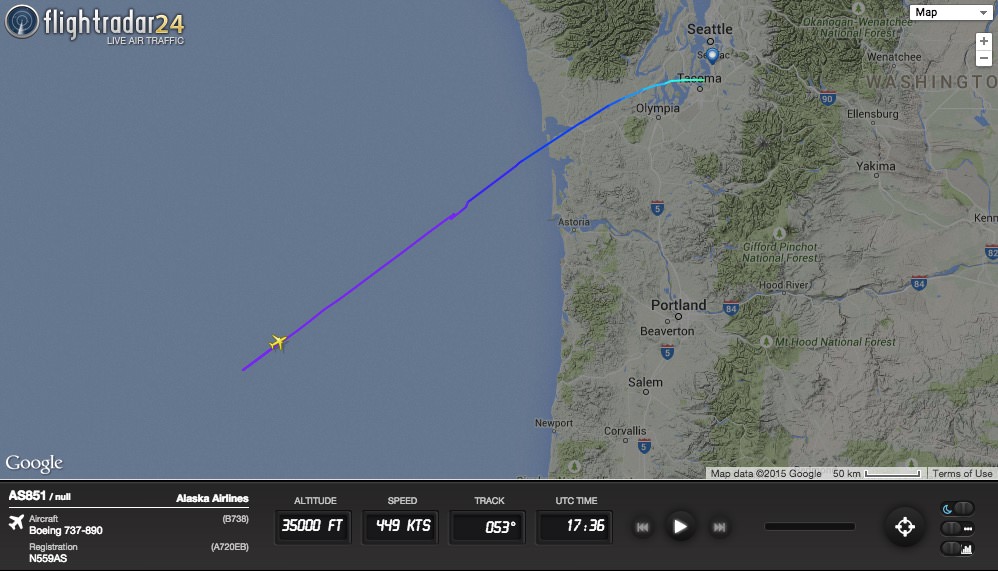 Issues with Our Data

We maintain a database of over 250,000 aircraft and making sure this database is up-to-date is something we work on everyday. But try as we might, the database will never be 100 percent correct. Sometimes aircraft change owners and registrations are scrapped or re-used, so we may end up showing a helicopter flying at 45,000 feet.

Every now and then, we’ll display a prop plane traveling at 600 knots or descending at 6000 feet per minute. These errors can occur when we’re tracking a flight with MLAT. For flights being tracked with MLAT the location data is not from the transponder, it is calculated. The speed of an MLAT flight is calculated based on how long it took to fly between two calculated points. MLAT position calculations have a general accuracy of 10-100 meters and 1000 meters in the worst cases. If both calculated positions are incorrect, then the speed we calculate is incorrect, which can lead to a single-engine prop plane nearing the speed of sound.

We track flights based on information received from the aircraft’s transponder, but route information is not broadcast by the transponder, so we supplement transponder information with additional data sources. We use the flight’s call sign to match to the airline’s flight schedules to display the route and scheduled time. For charter, special, delivery, ambulance, cargo flights, and private flights there are no schedules to match against and the route is estimated based on previous flights and call sign usage. But many times, human error can cause us to mistakenly identify flights. If a pilot forgets to change the call sign after a flight or types in the wrong call sign into the flight management computer, we’ll display the flight incorrectly. Flights are often allowed to continue with the wrong call sign because ATC is using the transponder code to identify the flight, not the call sign. 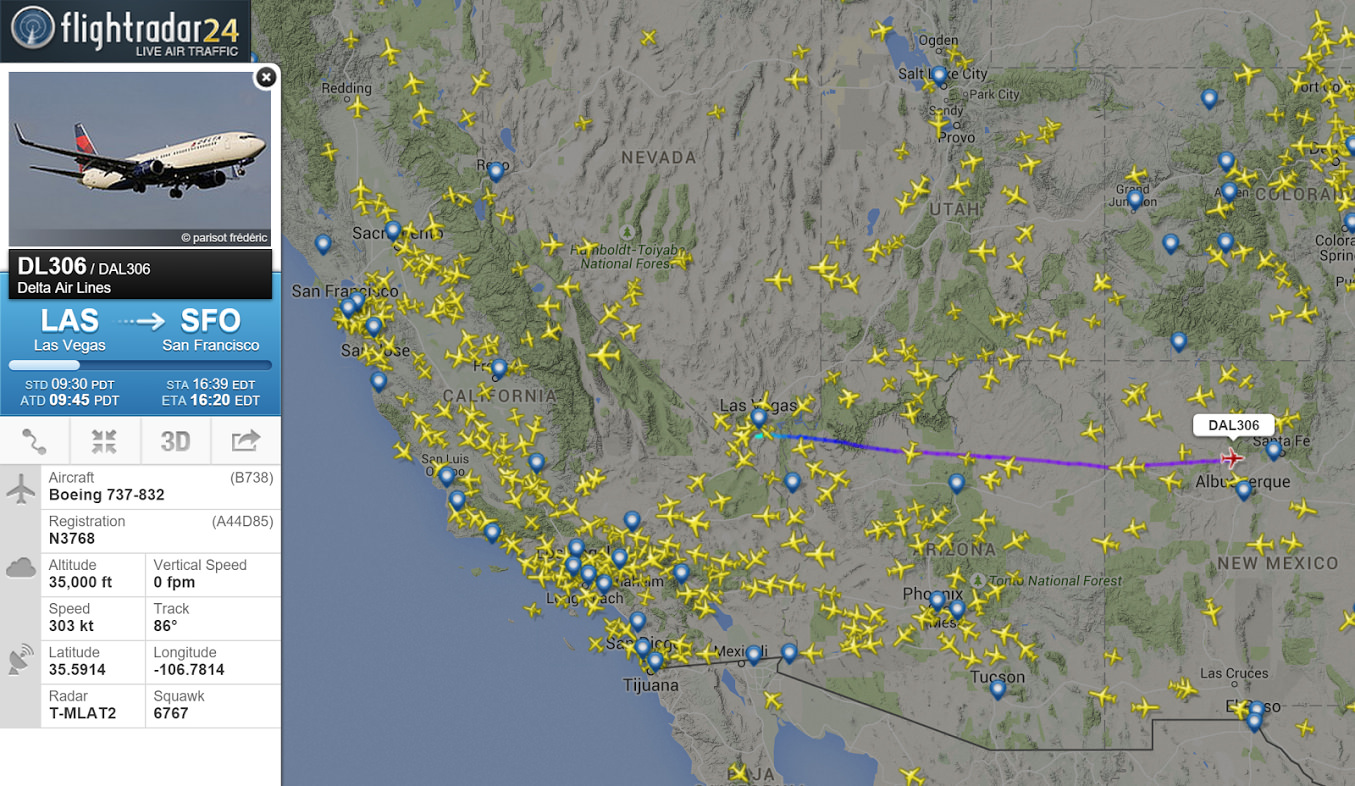 The next time you see a plane land outside the runway, a switchback flight path, or a flying car, rest assured your eyes aren’t playing tricks on you. If you see any errors on our site or in the apps, please point them out to us on Twitter or Facebook as every instance we know about helps us correct the error.