Commercial flights top 50,000 for the first time since March

Commercial flight activity has grown steadily since mid-April lows, but remains far below 2019 levels. While 18 June’s 50,051 flights is a positive step, on the third Thursday of June 2019 (21 June) we tracked 126,753 commercial flights. 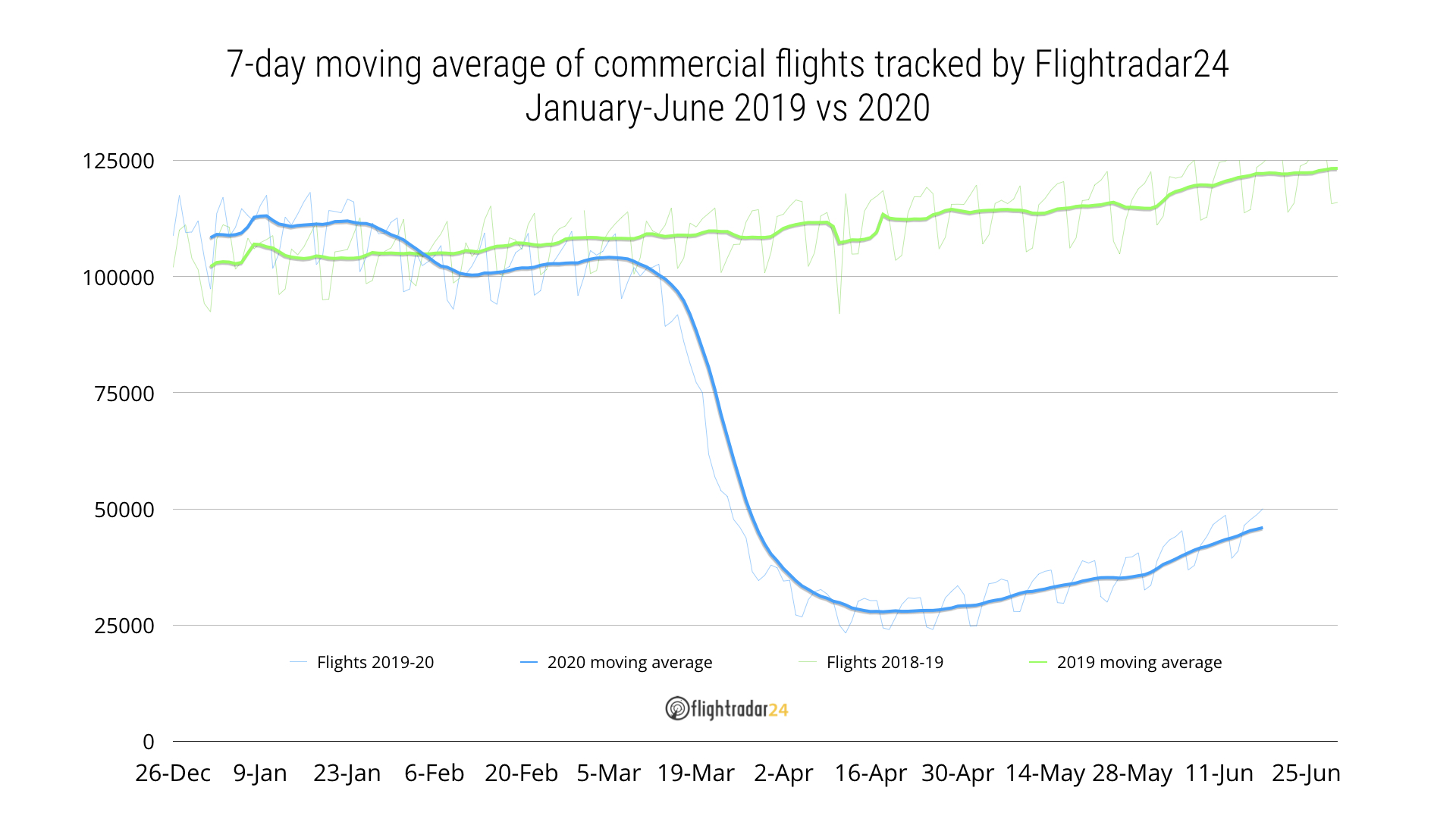 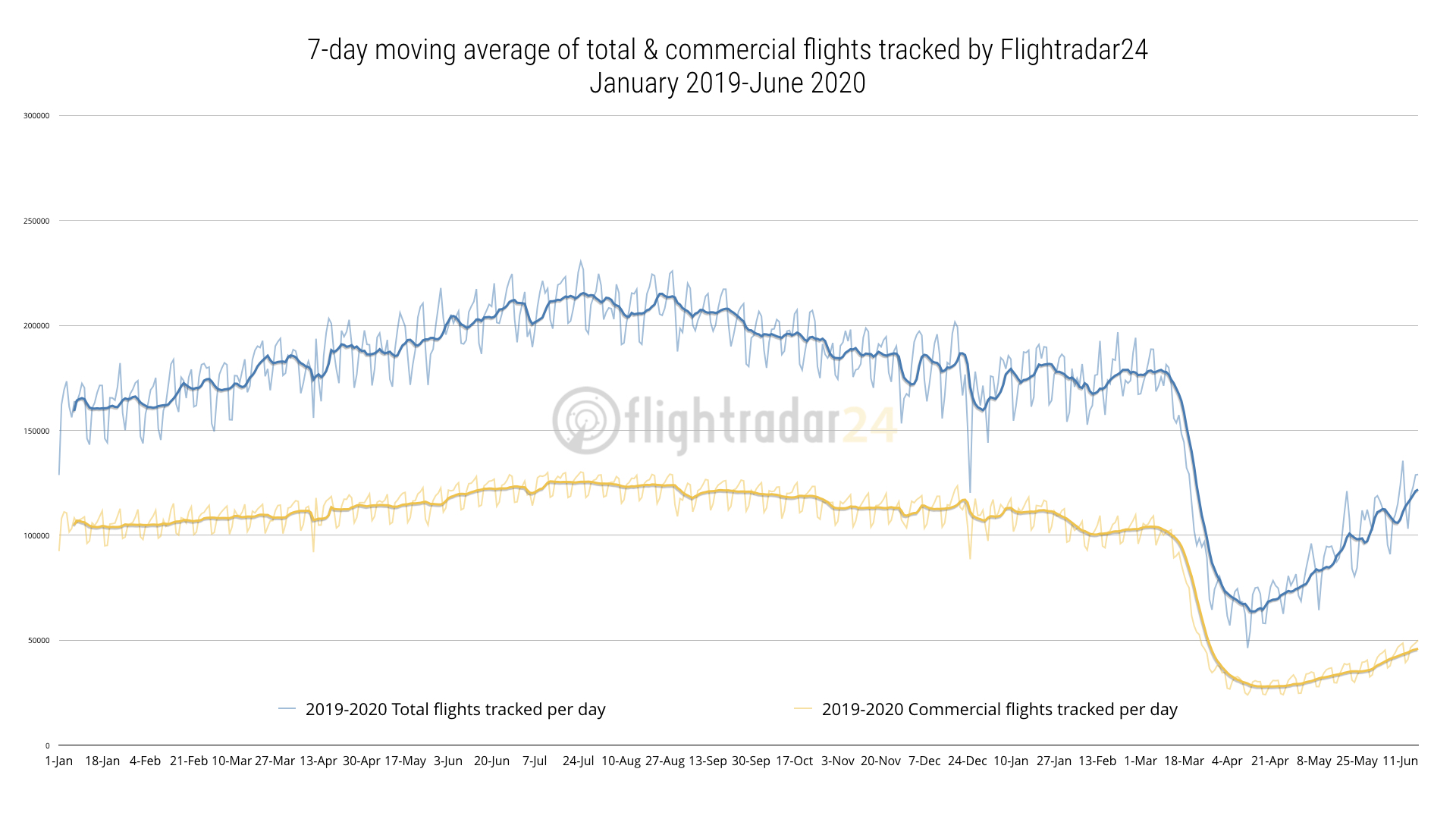 As airlines grow their schedules, especially European and North American airlines anticipating summer travel demand, we expect to see the number of commercial flights rise. However, any second wave of COVID-19 cases could have an adverse impact on flight activity, such as we’ve seen in Beijing during the third week of June.