Commercial flight growth slowed significantly in August, with traffic rising only 10.4% above July as the summer season comes to an end. Commercial flights were 45.2% below August 2019 levels, a slight improvement over the 50% decline year-over-year in July. 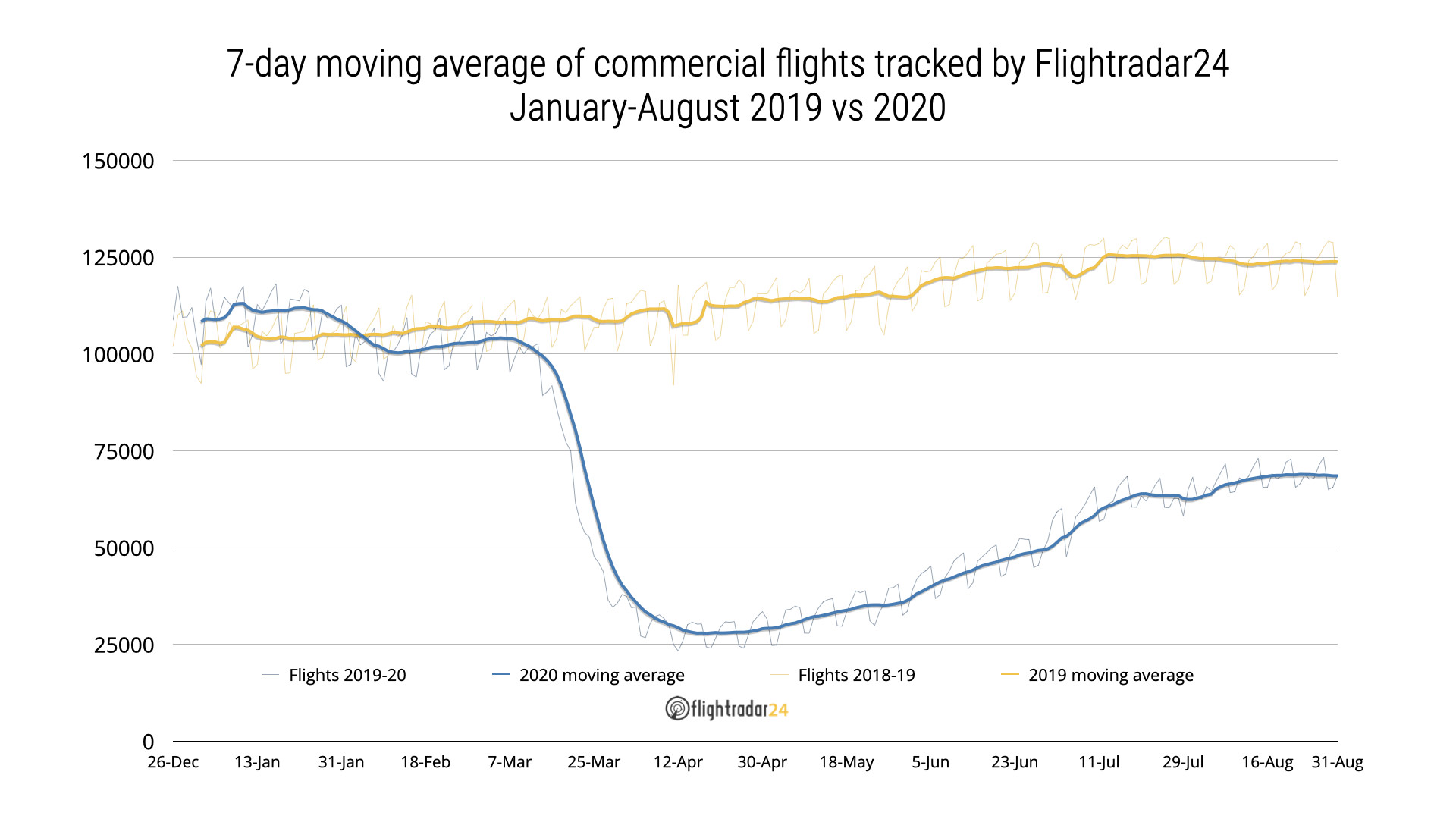 Commercial traffic rose just 10.1% in August after rising 30% or more in the preceding two months. In July, commercial flights rose 38.7% above June, and June grew 31.9% above May.

Total flights in August were 28.6% below 2019 levels with 4,654,406 flights tracked by the Flightradar24 network (compared to 6,521,955 in August 2019). Growth of total flights also decelerated in August. Visible in the graph below is the normal end of summer decrease in flight activity, though it remains to be seen how closely this year’s flights will hew to previous years. 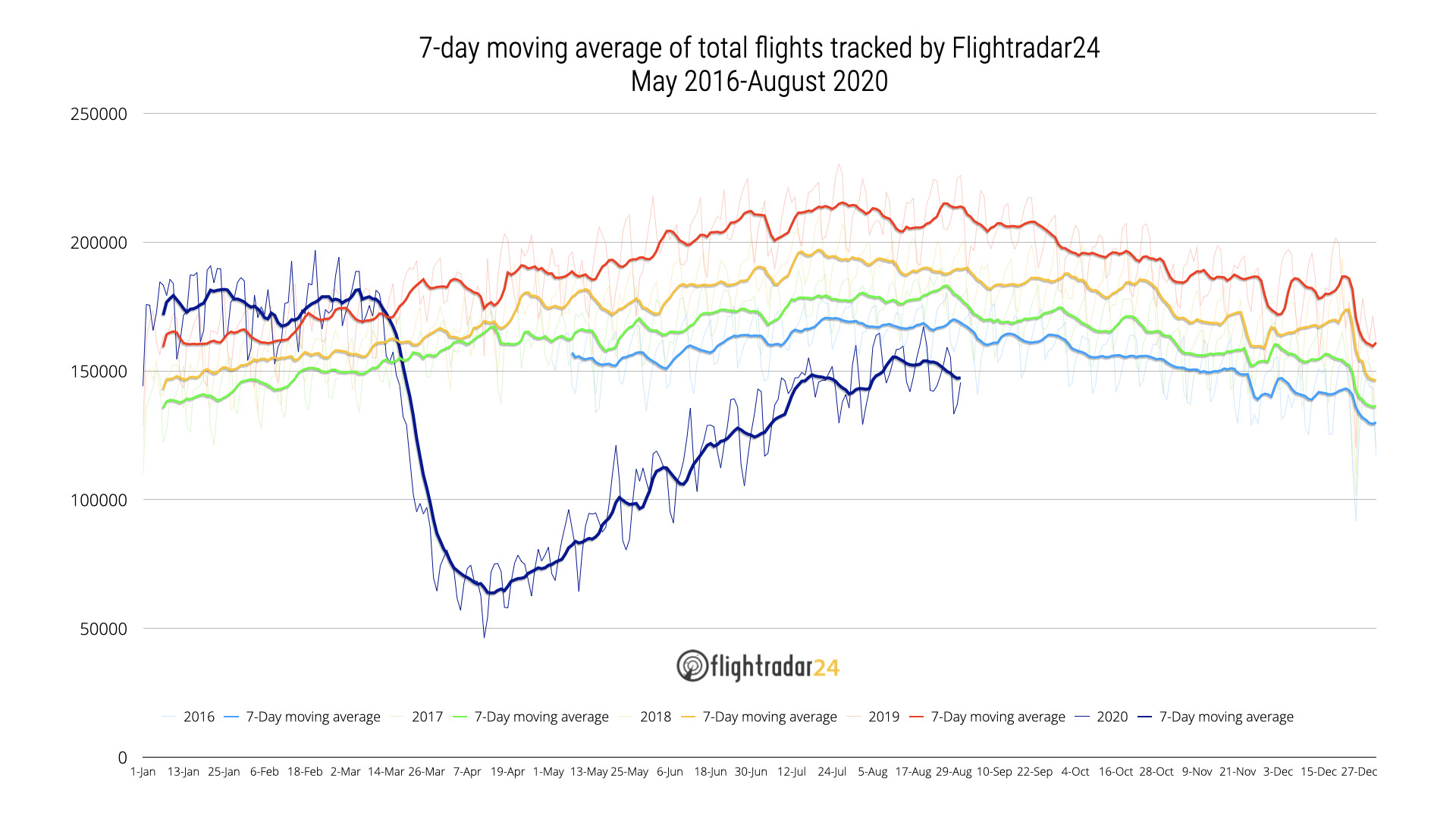