Global commercial air traffic tracked by Flightradar24 is 7.2% lower in March 2020 compared to 2019. With the announcements of further restrictions and suspensions made by governments and airlines over the weekend, we expect the decline to increase sharply over the next week. 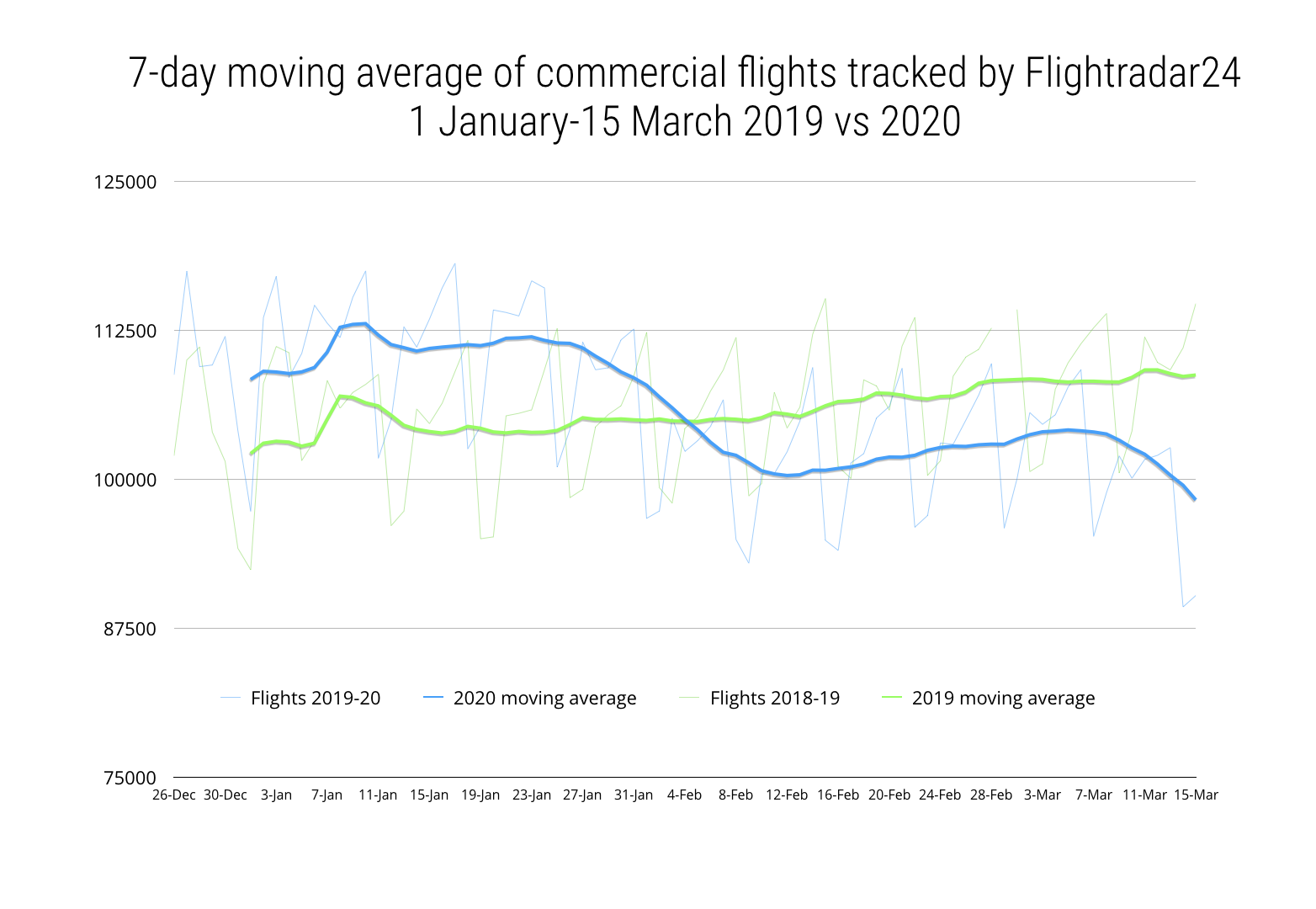 The major decline in commercial traffic began during the third week of January and accelerated in to February before making a modest recovery toward the end of the month into the first week of March as China restarted some flights. In the second week of March, governments around the world began implementing restrictions on travel that have led to a further—and continuing—decrease in the number of flights operated globally. This trend will increase sharply and lead to a further dramatic reduction in flights this week.

With data for 15 March 2020 included, our moving average of the total flights tracked has now dipped below the 2019 average for the first time. 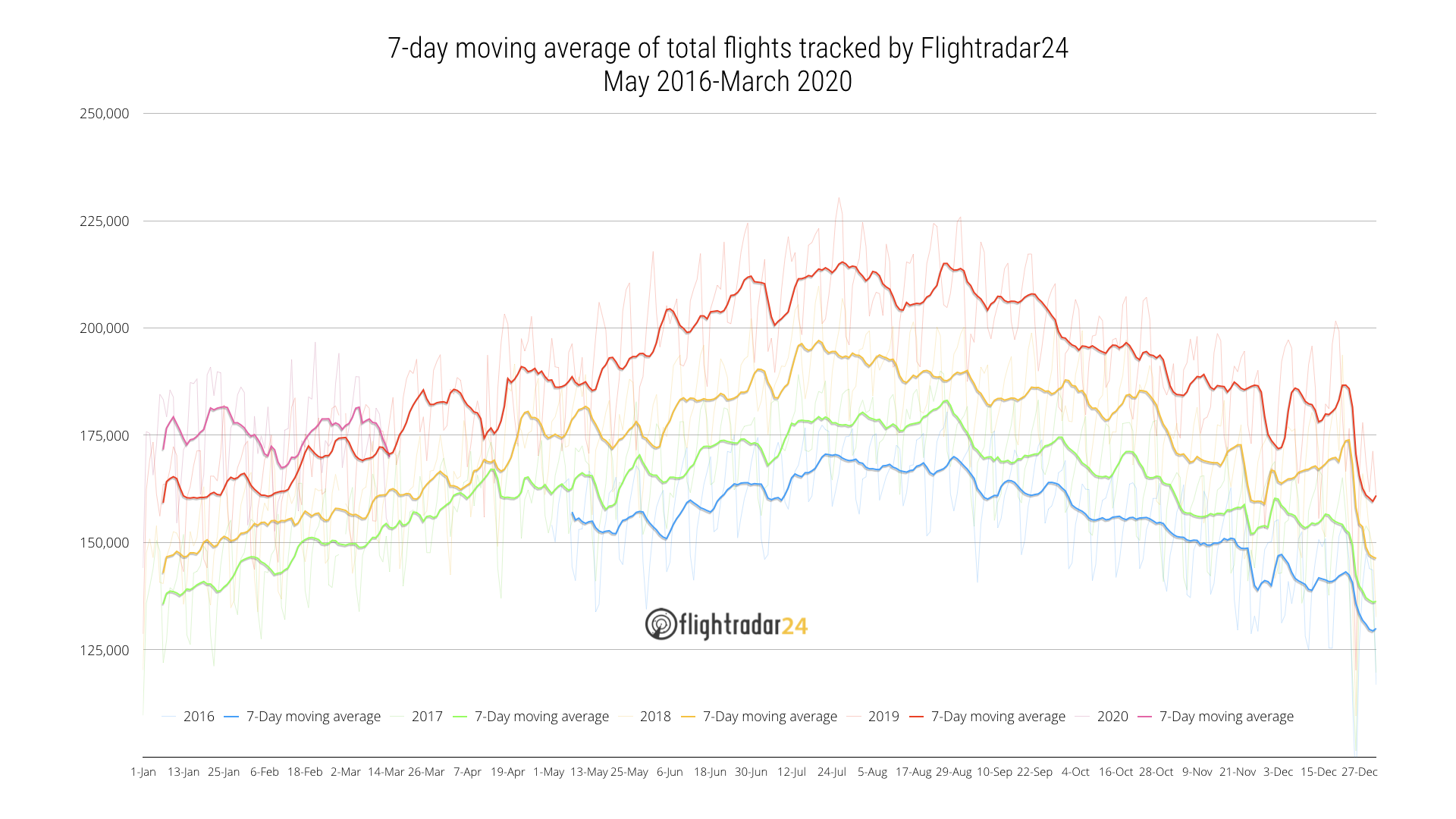