Commercial air traffic down 4.9% so far in March

Global commercial air traffic tracked by Flightradar24 is 4.9% lower in March 2020 compared to 2019. This decrease is expected to accelerate as expanding governmental prohibitions on travel by certain persons affect the number of flights operated by airlines around the world. 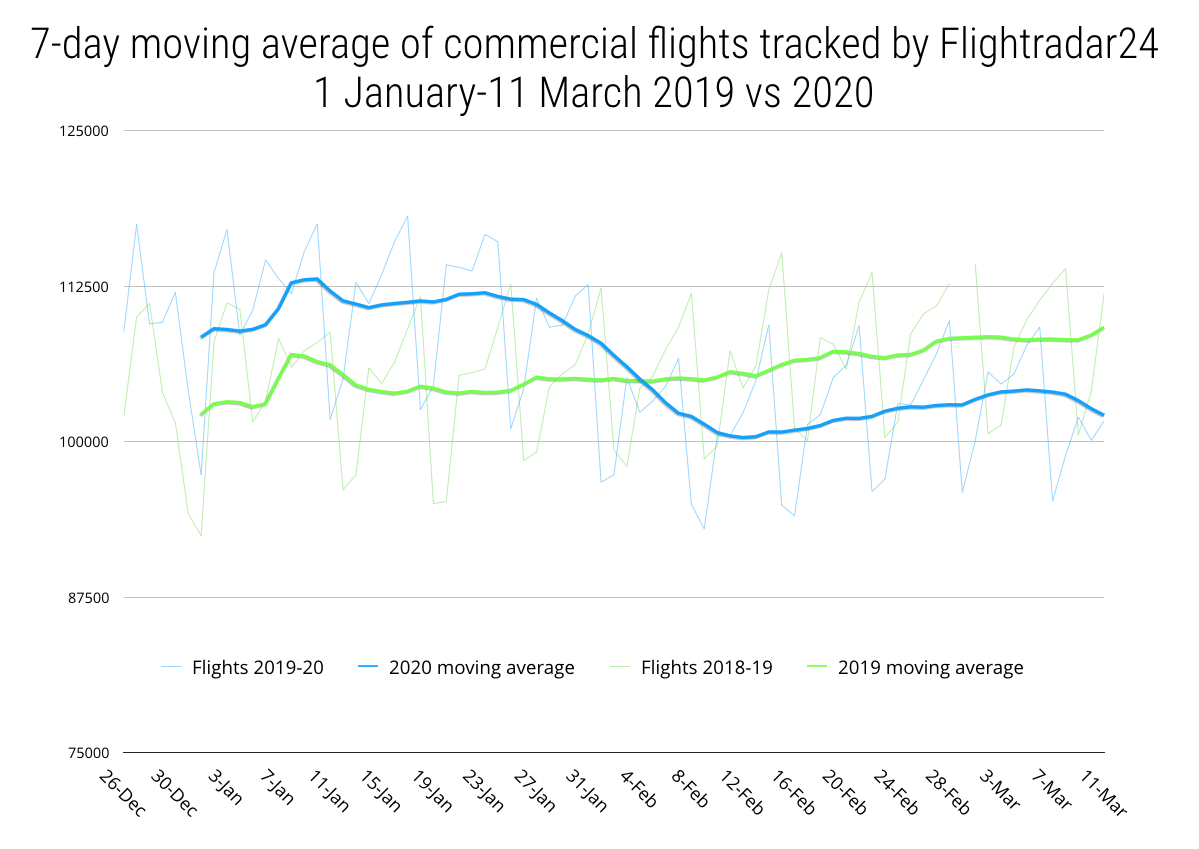 The major decline in commercial traffic began during the third week of January and accelerated in to February before making a modest recovery toward the end of the month into the first week of March as China restarted some flights. In the second week of March, governments around the world have begun implementing restrictions on travel that have led to a further—and continuing—decrease in the number of flights operated globally. We expect this to continue as the US implements restrictions on non-US passengers from Europe. Indeed, airlines like Finnair are cancelling their entire US schedule, while others, like airlines in the Lufthansa group are limiting their network.

March continues to be well below historical levels of growth and we expect this to continue as well. The graph below shows all flights tracked by Flightradar24 from May 2016 through 11 March 2020. 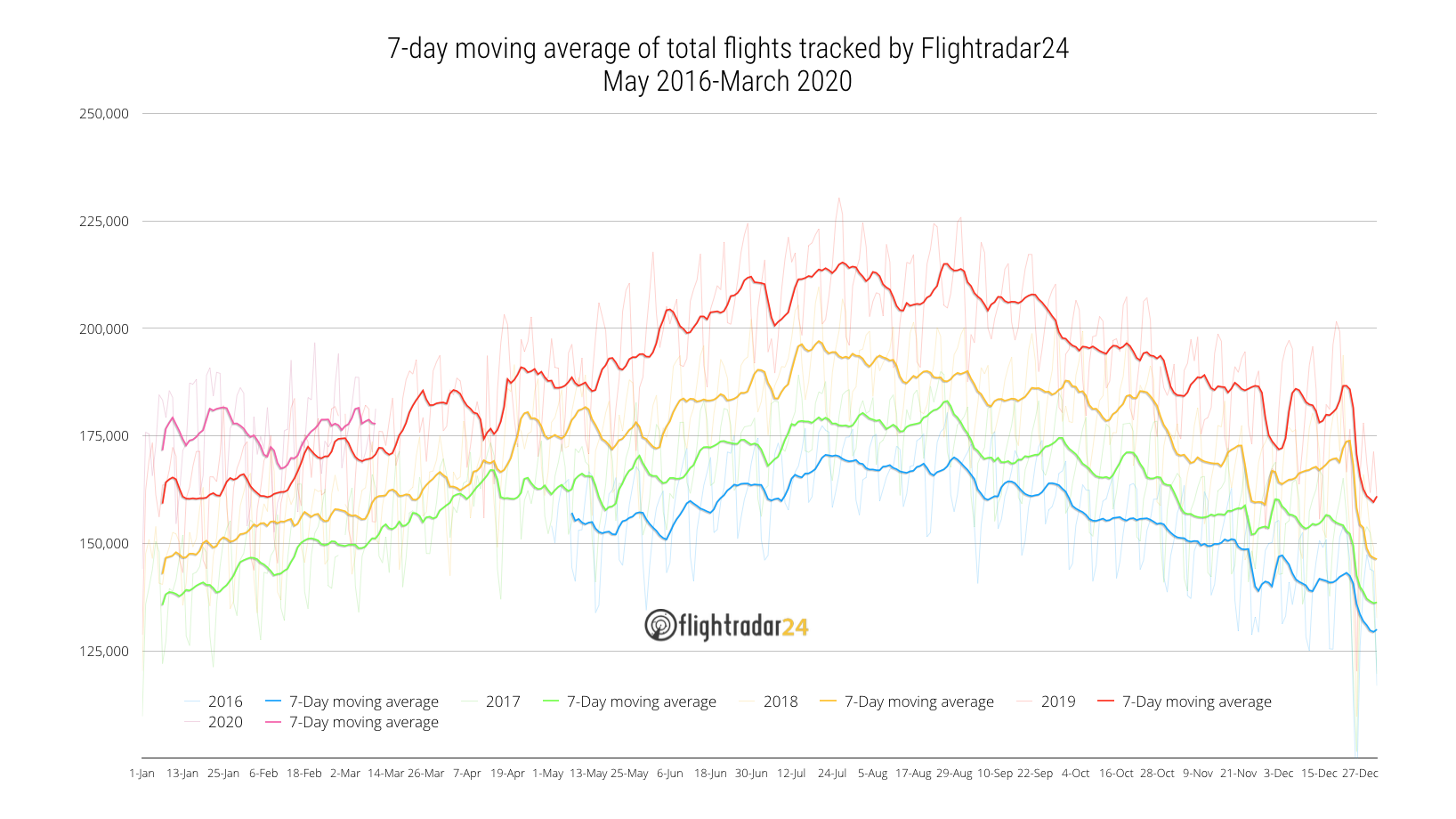