The largest drop in traffic occurred in China where the average number of daily departures from China’s 25 busiest airports fell from around 10,000 in early January to fewer than 2000 in last two weeks of February. Air traffic at China’s 25 busiest airports is down over 80% since the beginning of the year. The major decline in commercial traffic began during the third week of January and accelerated in to February before making a modest recovery toward the end of the month. 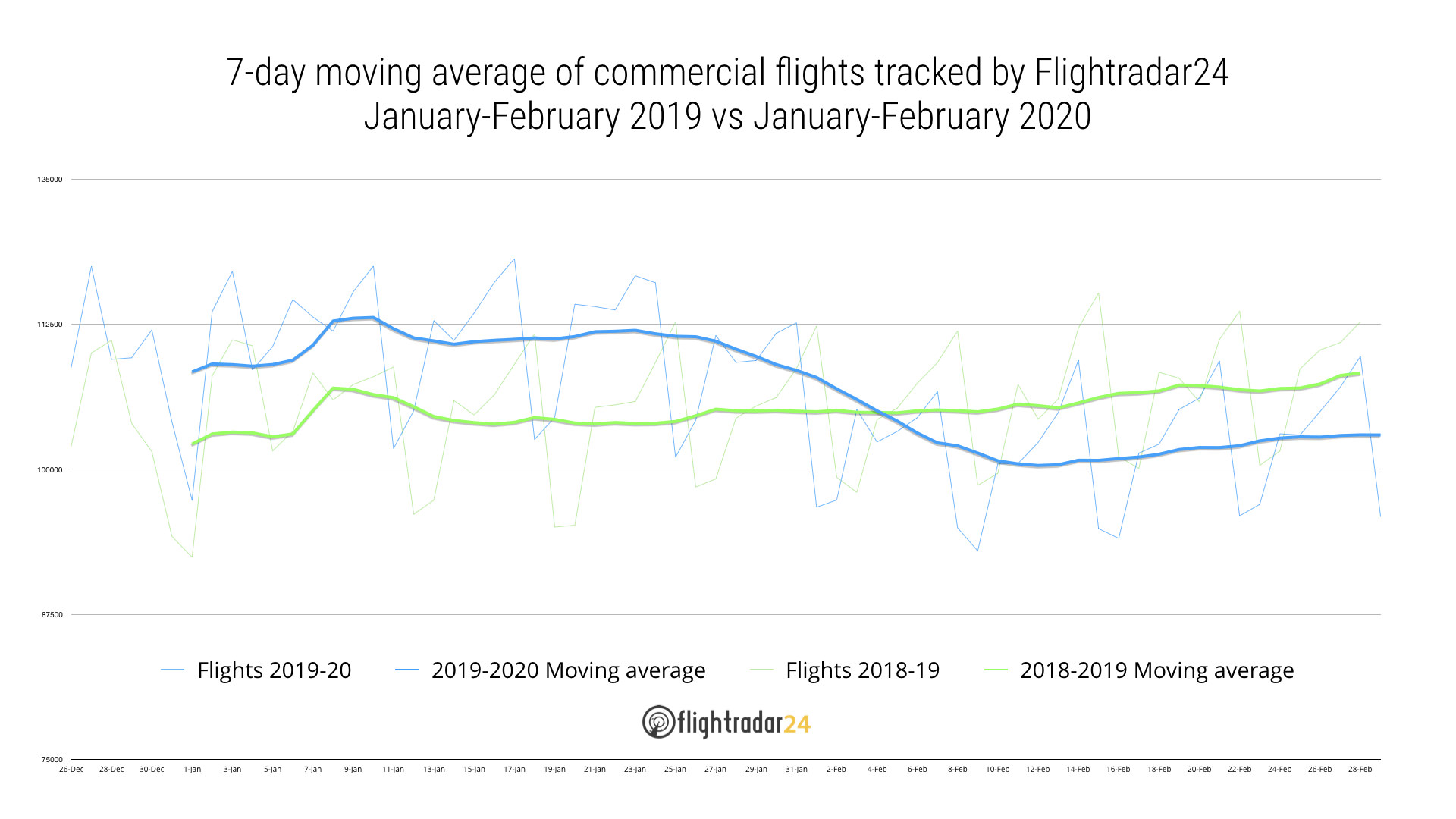 Looking at global tracking over the past four years, February 2020’s lower growth in traffic immediately stands out. 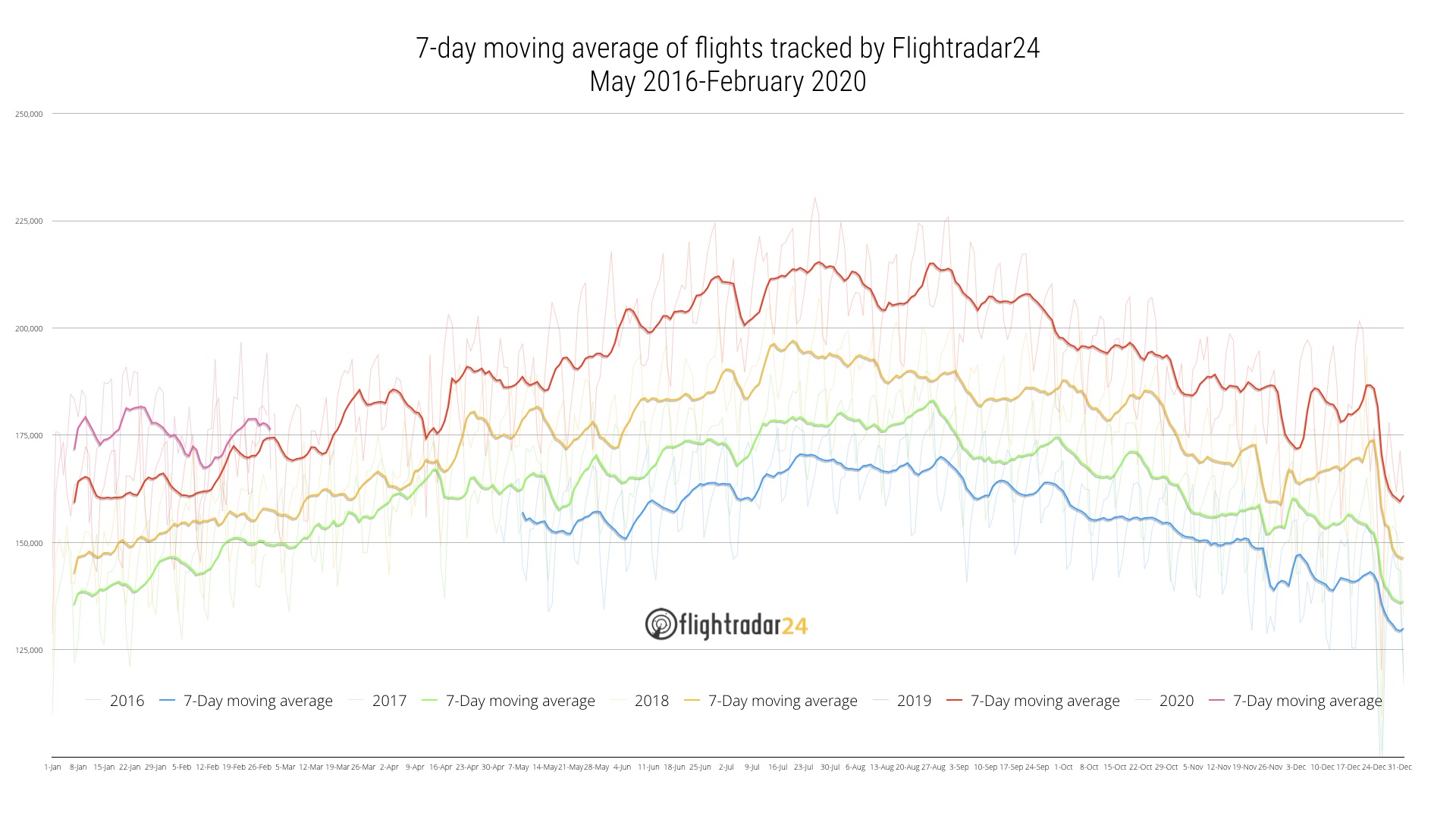