Following the release of the Bureau d’Enquêtes et d’Analyses (BEA) preliminary report on the crash of Germanwings flight 4U9525, questions have arisen regarding the previous flight (4U9524) and the first officers actions during that fight.

The BEA report notes that during the flight from Düsseldorf to Barcelona, “the selected altitude decreased to 100 ft for three seconds and then increased to the maximum value of 49,000 ft and stabilized again at 35,000 ft.” There is no indication from the BEA report that these commands were engaged in the autopilot, only selected and then reverted back to the assigned altitude.

While we do not have the full autopilot command data for the flight from Düsseldorf to Barcelona, our data for that flight is consistent with the BEA and shows no change in altitude corresponding with the autopilot altitude selections noted in the BEA report. 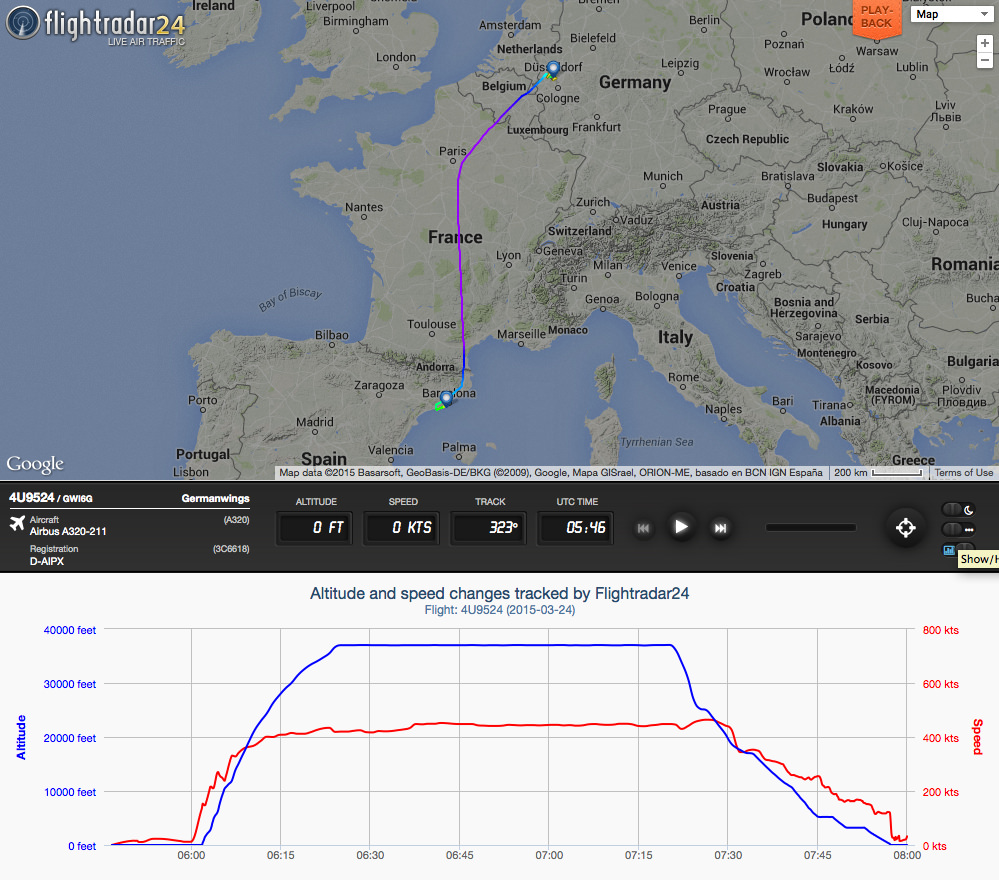