Charting the decline in air traffic caused by COVID-19

The spread of COVID-19 and response by the aviation industry has resulted in an unprecedented decline in global air traffic.Commercial air traffic dropped in the third week of January, but made a slight recovery during February into the first week in March. As COVID-19 spread around the world and airlines reacted by halting flying and governments put travel restrictions in place, commercial air traffic has shrunk 41% below 2019 levels in the last two weeks of March. 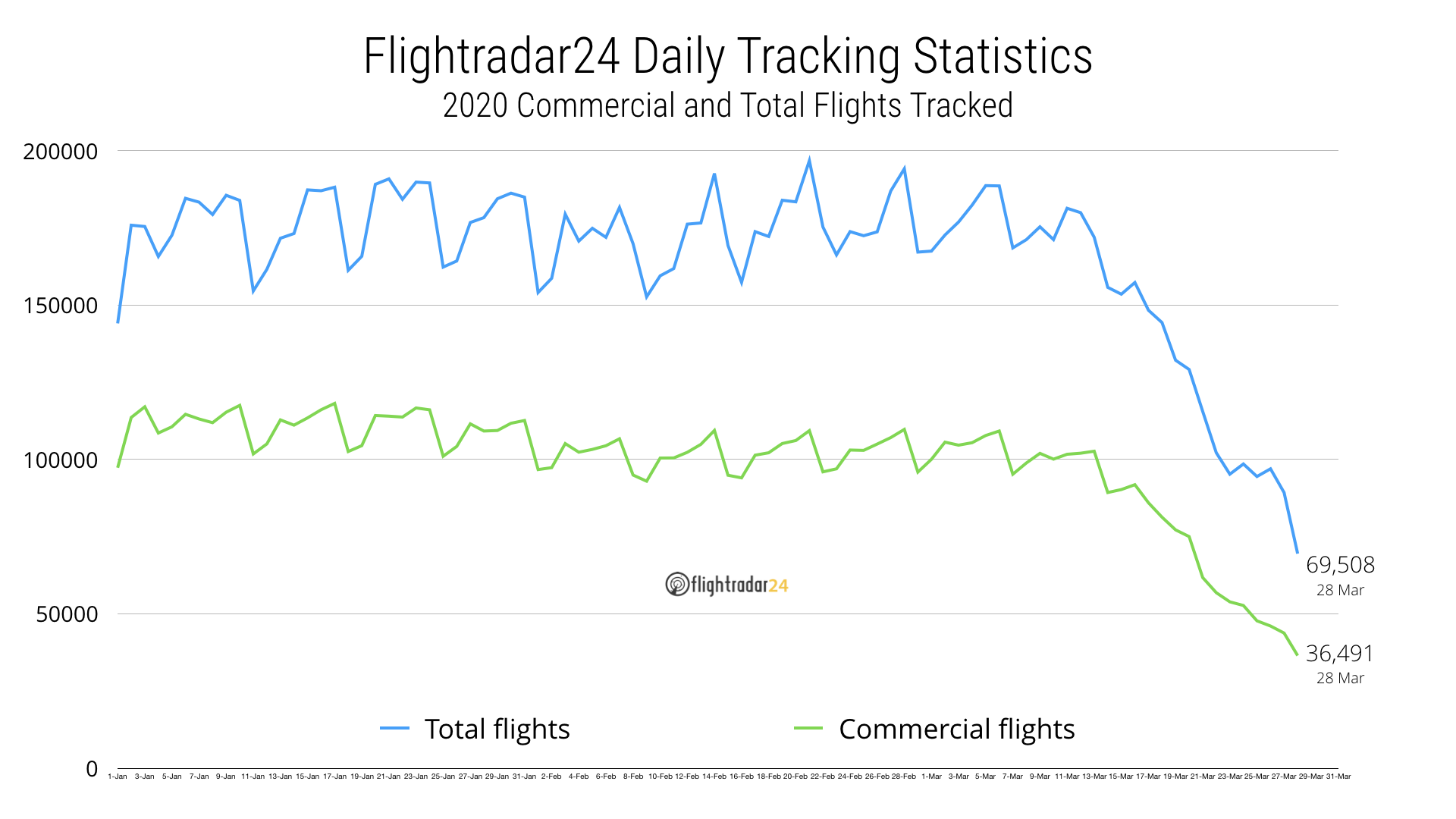 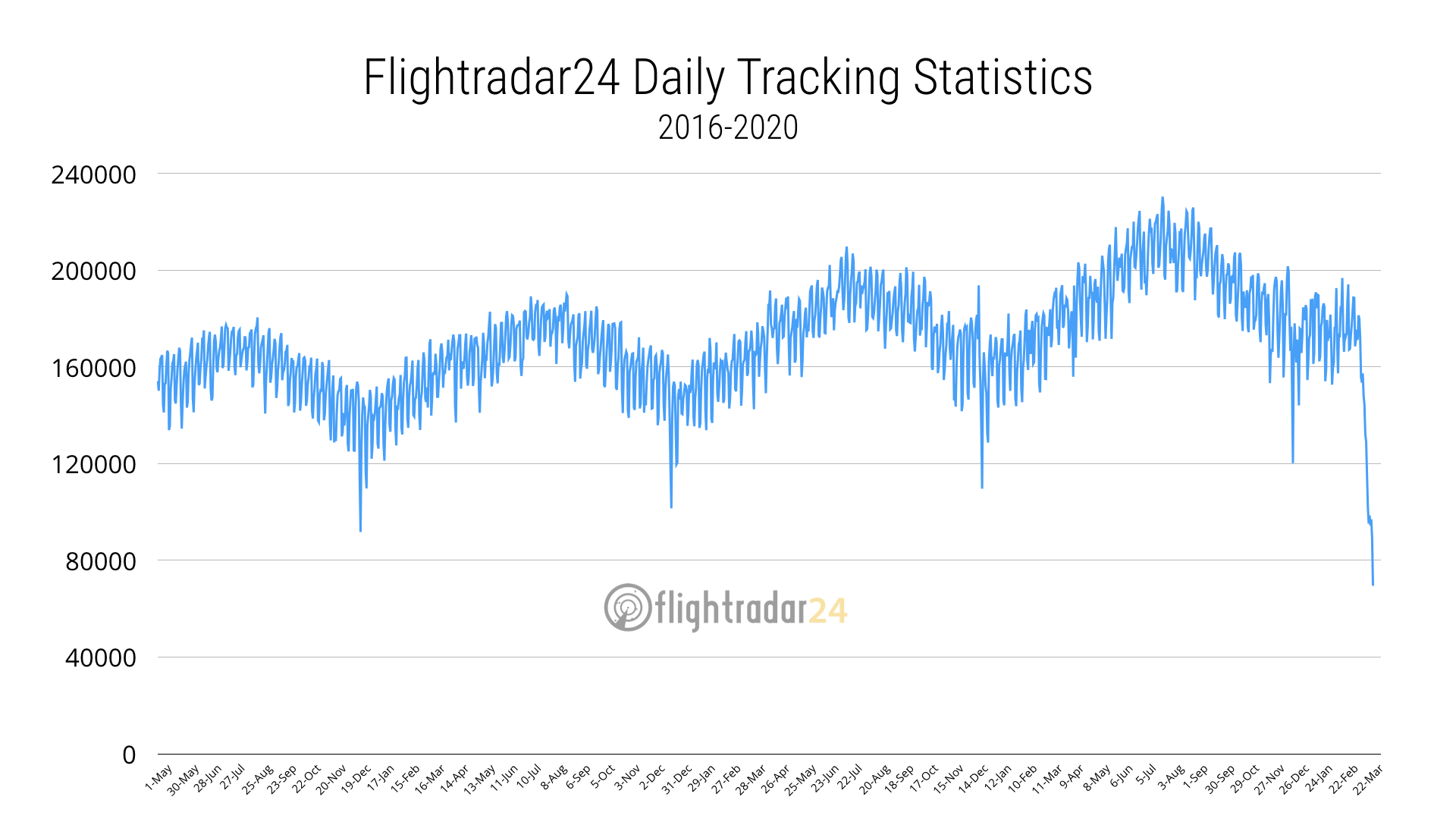 Below, we’ve charted the total number of flights from the same period overlaid with a 7-day moving average. 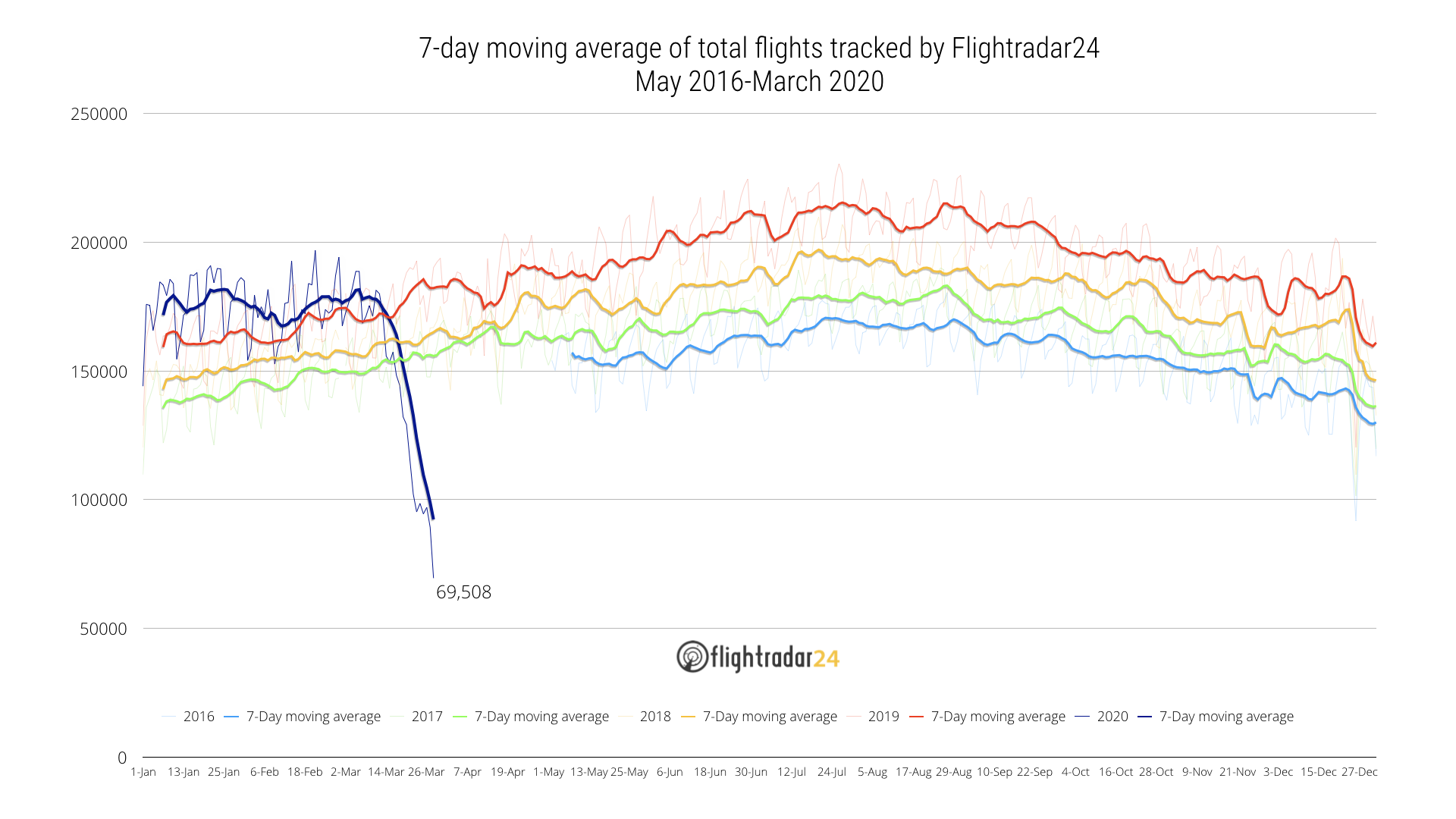 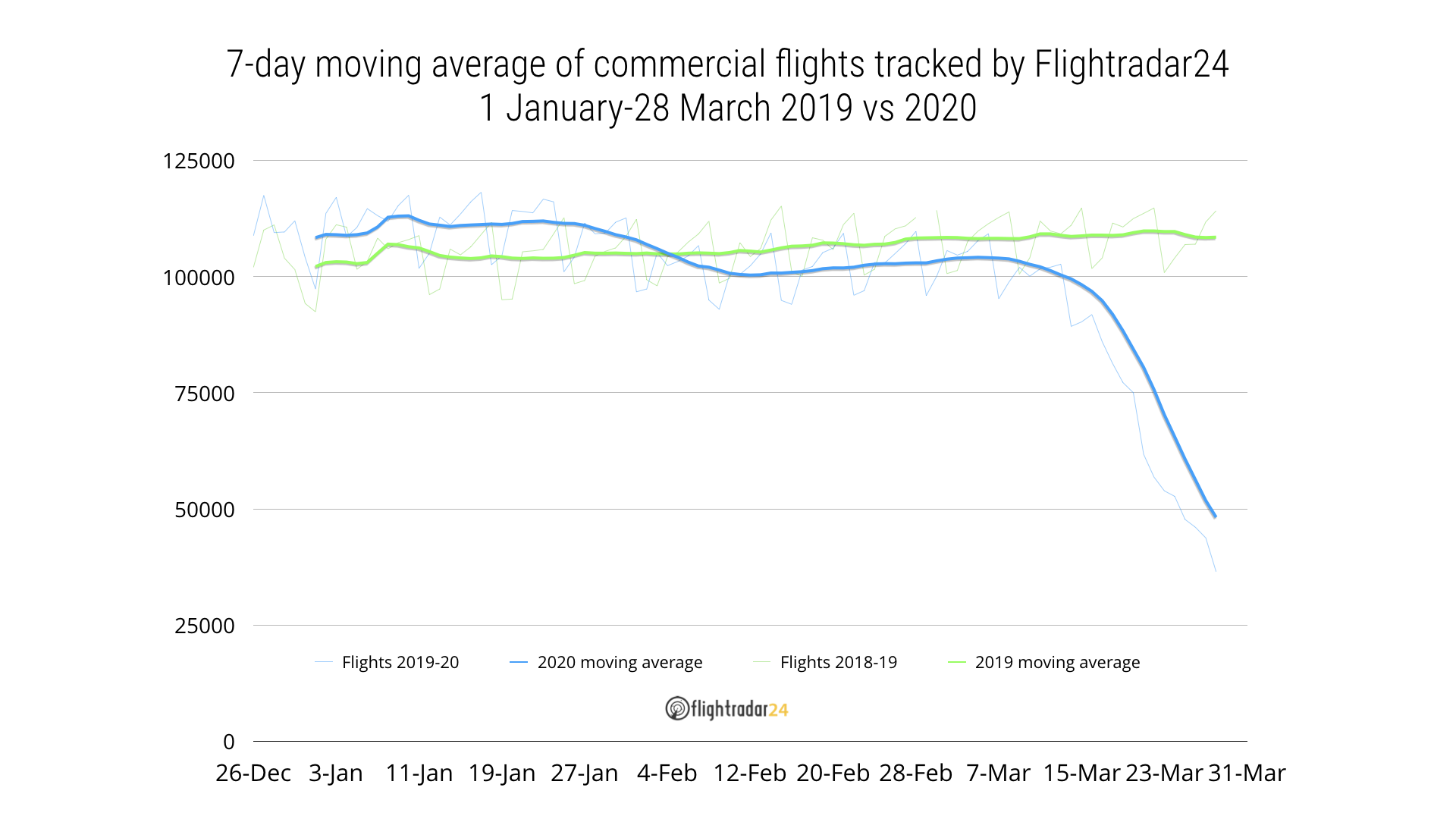 Commercial flights decreased 55% in the final week of March 2020 compared to 2019. We expect this trend to continue as airlines remove additional flights from their schedules. 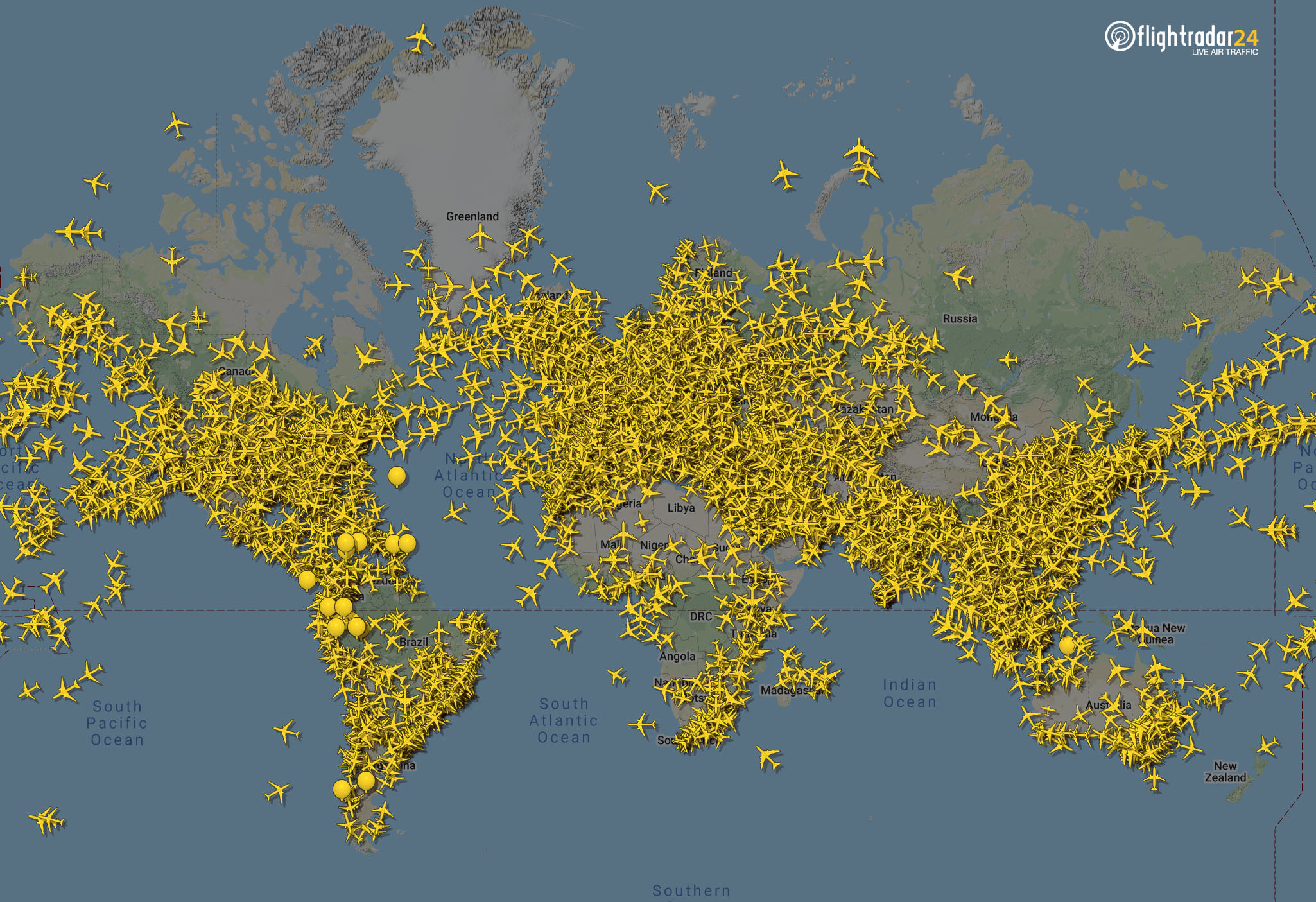 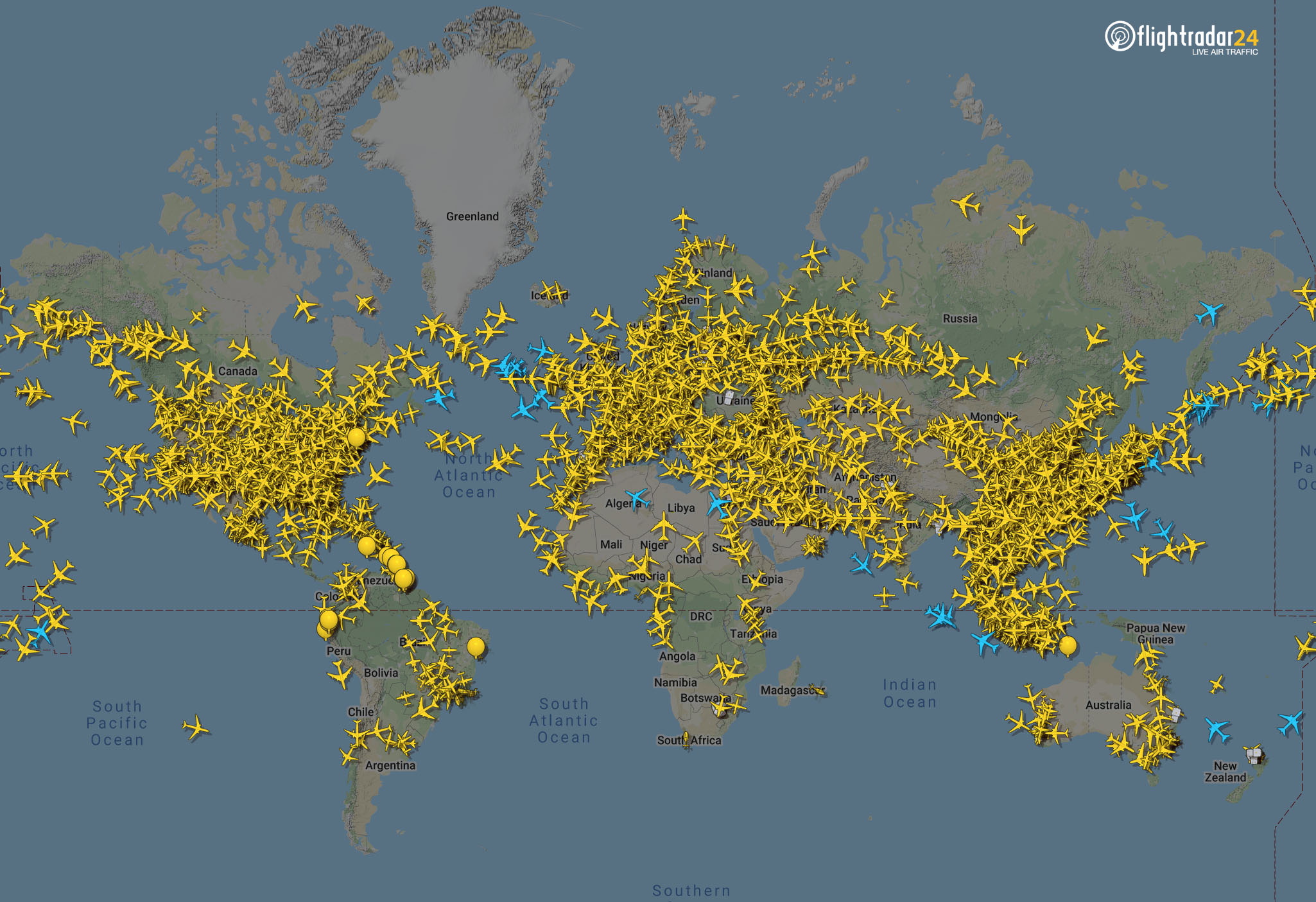