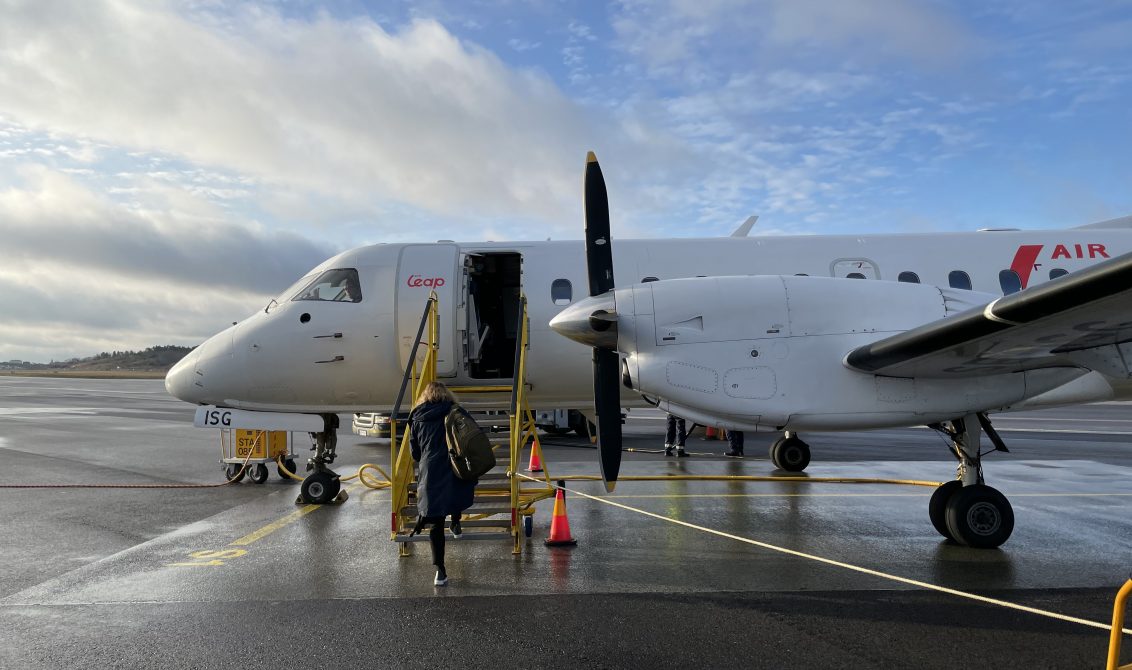 Catching a flight on the rare Saab 340 in Sweden

We have our latest flying video out today, and it’s a short-but-sweet one: documenting a quick flight I took on Air Leap‘s Saab 340 down to Malmö (MMX) a few weeks back. You can watch the video here (and please subscribe to our Youtube channel and hit the like button – it means a lot!):

As I mention in the video, the Saab 340 is a pretty loud plane – but that’s part of what makes it fun, depending how you see these things. And having solo seats to choose from (Air Leap has open seating) is a big plus in my book. I’d avoid the back row though, as it has no window. (One person actually chose to sit there despite plenty of open seats!) 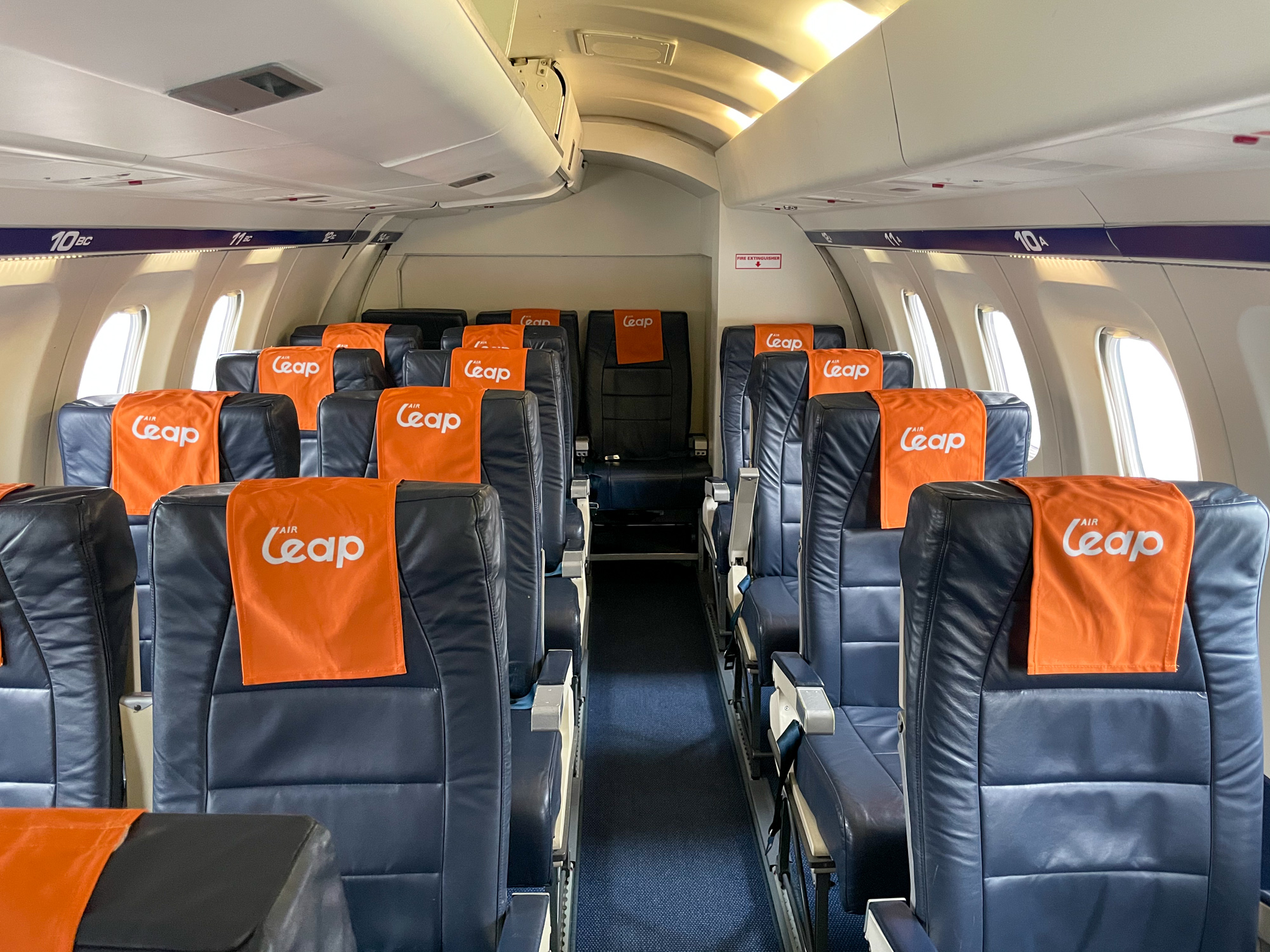 Stockholm-Bromma is soon to close

Our flight left from Stockholm’s smaller Bromma airport, which is also much closer to downtown. A couple of weeks after this flight, Swedish authorities announced that they plan to close down Bromma for good. Lately there are just a handful of flights a day from the airport, so that’s no surprise. Plus there’s been pressure to consolidate all of Stockholm’s commercial flights at the more distant Arlanda for years.

The Saab 340 is a good-looking plane too. Nice nose shape and a compact, appealing airframe. Do you agree? 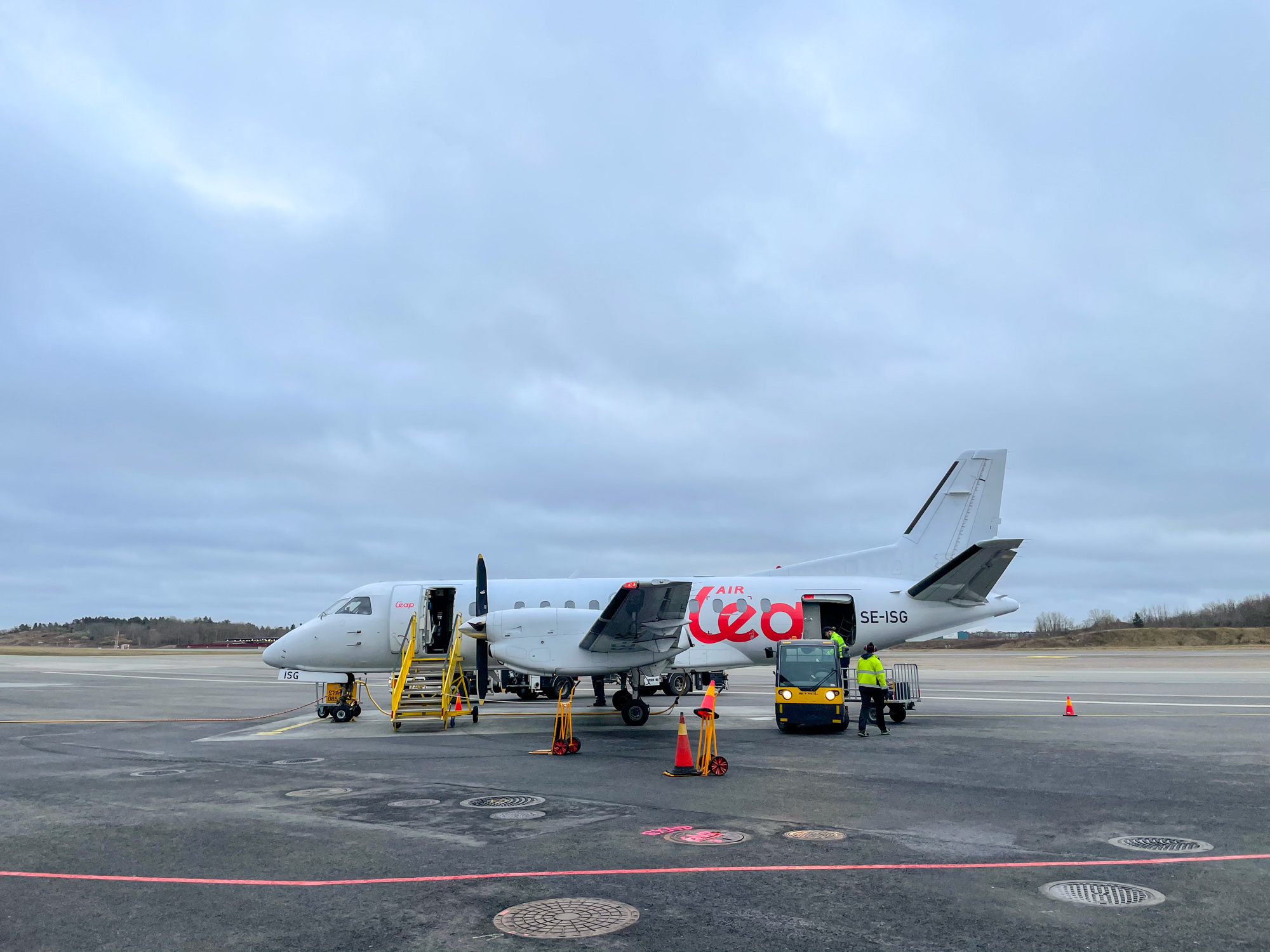 The Saab 340 first flew back in 1983, and production stopped in the late 90s, so the youngest of these planes are already well over 20 years old.  There were a little over 400 of them built, and the latest figures show something like half of them still flying. That said, the pandemic may have cut down that figure further. The good news is according to Saab, most 340s are only at about half their total lifetime cycles, so we may see these continuing to fly for many years yet.

Who doesn’t enjoy staring at a spinning prop?

The Saab has a particularly appealing wing view with the engine on full display. Compare that to the more common Dash 8 and ATR which are high-winged, so you often don’t get as much of an expansive view. 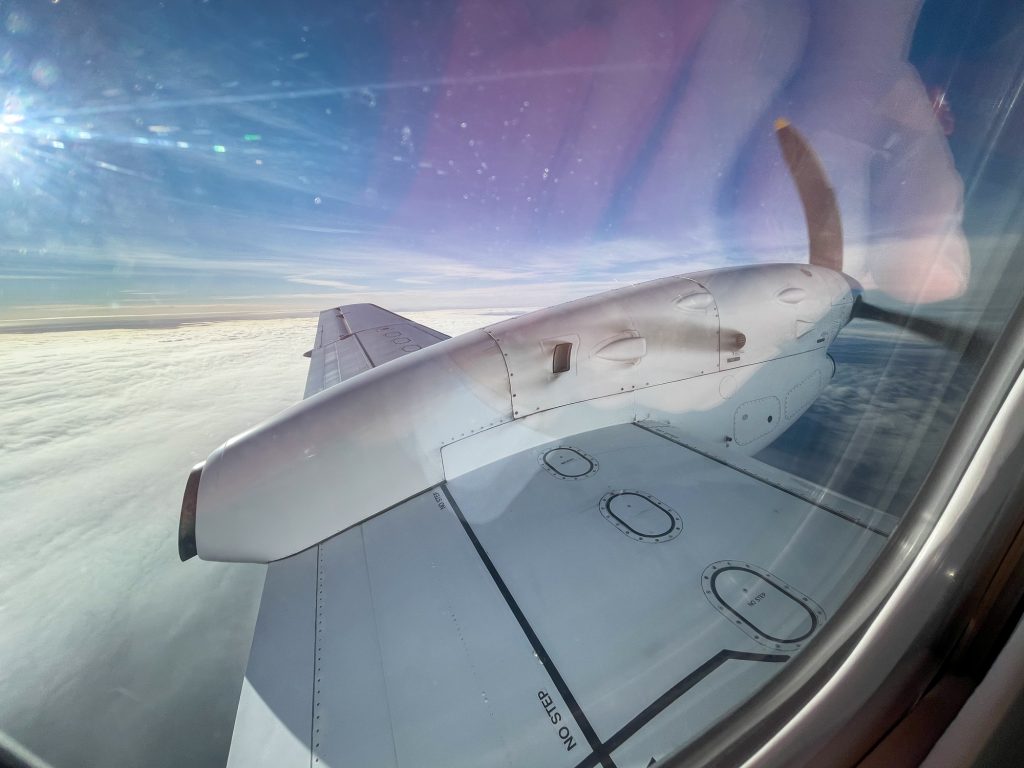 Enough turboprop avgeeking for now. Let us know what you thought of the video!